Spicing things up today with these cabbage & mushroom gyoza (or “Japanese dumplings”). Flavor-packed little bites of dough with a sauteed cabbage filling, seared until golden and then steamed until soft, and served with a zesty orange sesame dipping sauce. 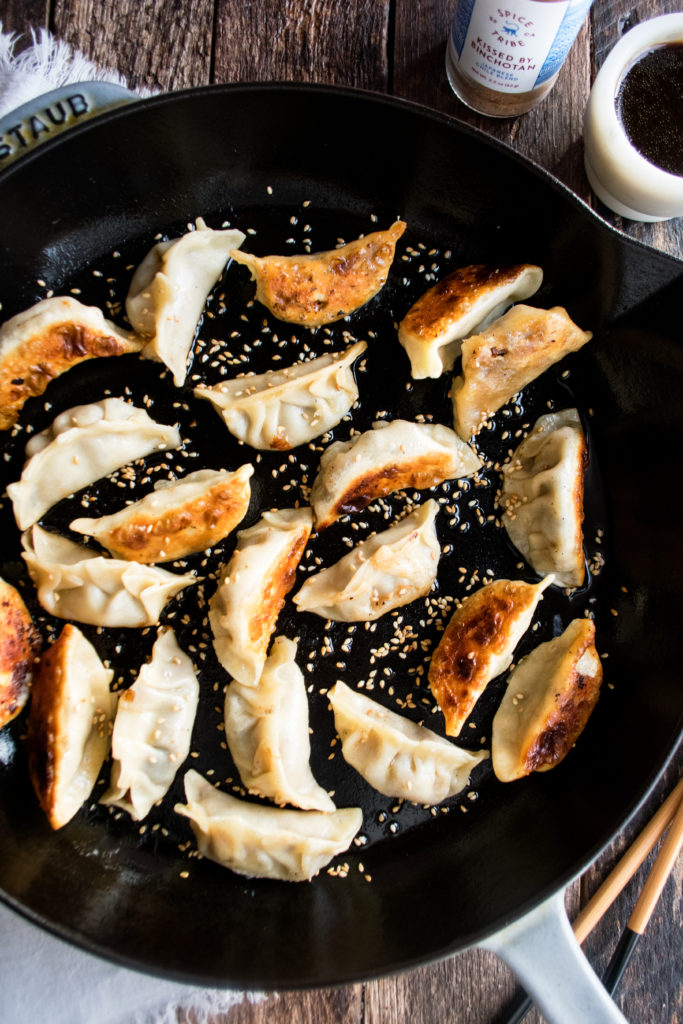 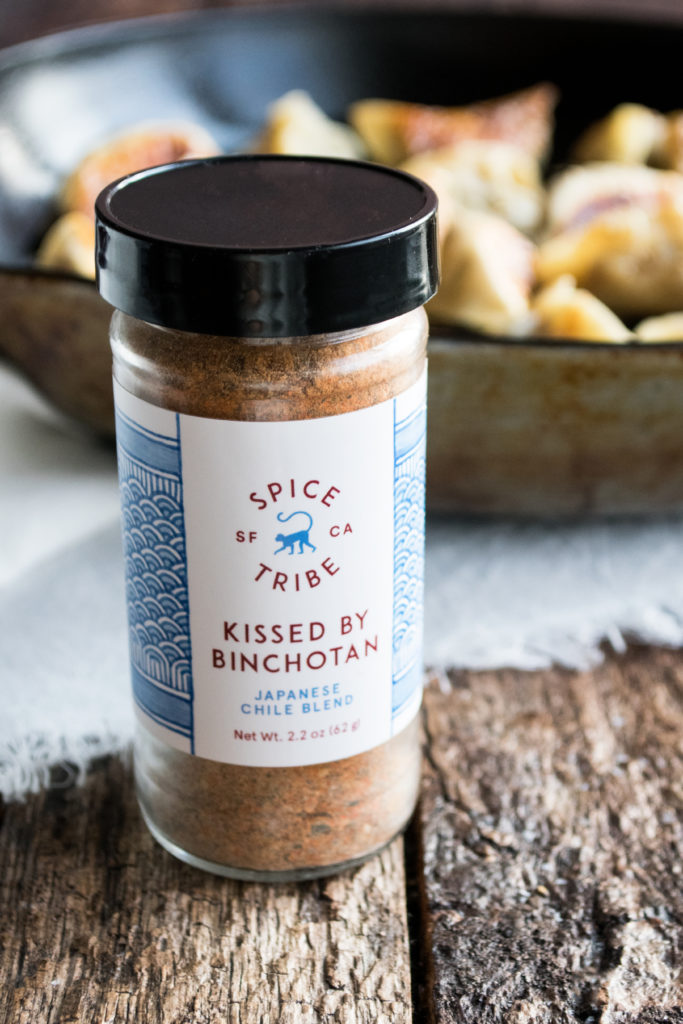 I’m really excited to bring you another recipe using one of Spice Tribe’s unique spice blends. I’ve been cooking with them for months now and have been incredibly inspired by their adventurous flavor combinations (see these moraccan meatballs and these roasted potatoes). Each blend represents a different cuisine, and I’ve loved getting creative with new flavors and ideas for my recipes. 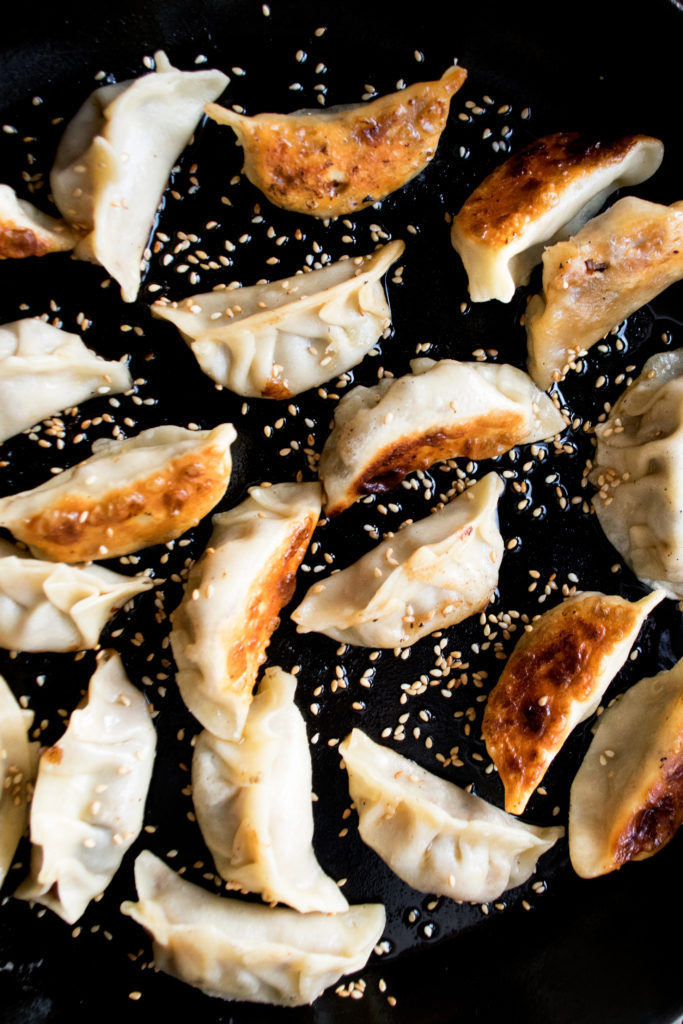 what’s in the cabbage & mushroom gyoza…

The spice blend itself is FULL of bold, exciting, authentic Japanese flavor…with a good amount of spice, too. I use just a teaspoon for my cabbage & mushroom filling, which is a simple mixture of caramelized shallots, cabbage, dried shiitake mushrooms, soy sauce, rice vinegar, and orange zest.

This filling gets packed into gyoza dumpling wrappers (you can make them homemade like I did or use store-bought). The wrappers are folded into a cute little dumpling and then seared in a hot skillet until golden and crisp. A little water is added and the skillet is covered so that the dumplings can steam to finish cooking. This method creates the perfect texture of crispy and soft. 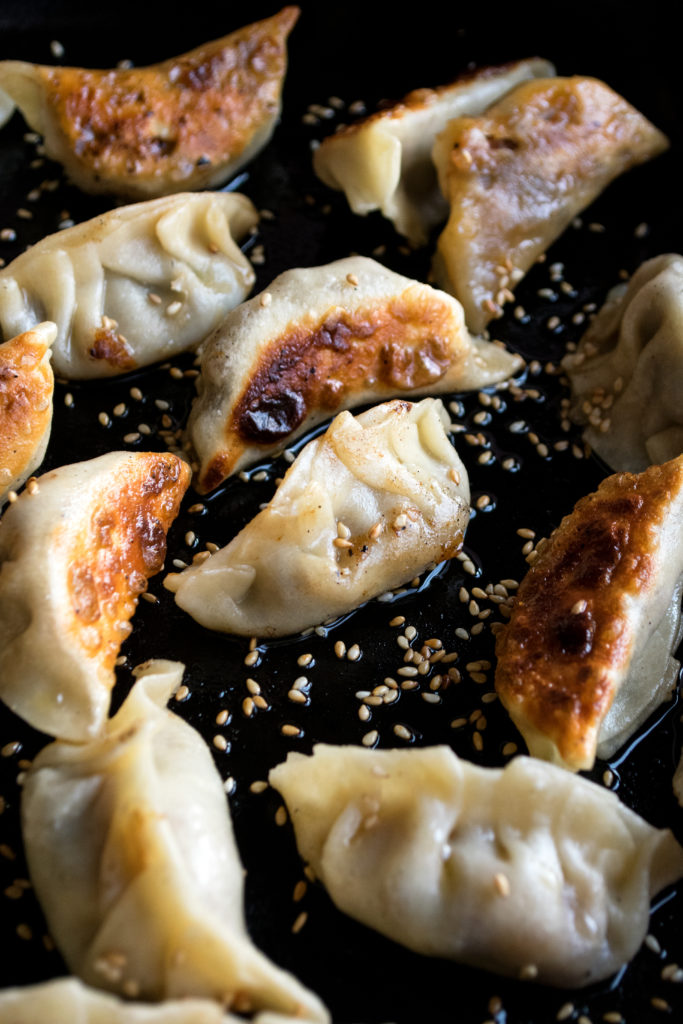 I serve the gyoza really simple with a sprinkling of sesame seeds and a flavorful dipping sauce on the side. It’s made with soy sauce, orange juice & zest, honey, rice vinegar, and sesame oil. The sauce gives the dumplings a sweet and tangy finish. 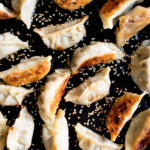 *You could also use pre-made gyoza wrappers from an Asian supermarket or wonton wrappers from the store if you’d prefer instead of making the dough at home.

*If you don’t have a pasta-rolling attachment for your stand mixer, you can roll the dough out by hand to approximately 1/16”. 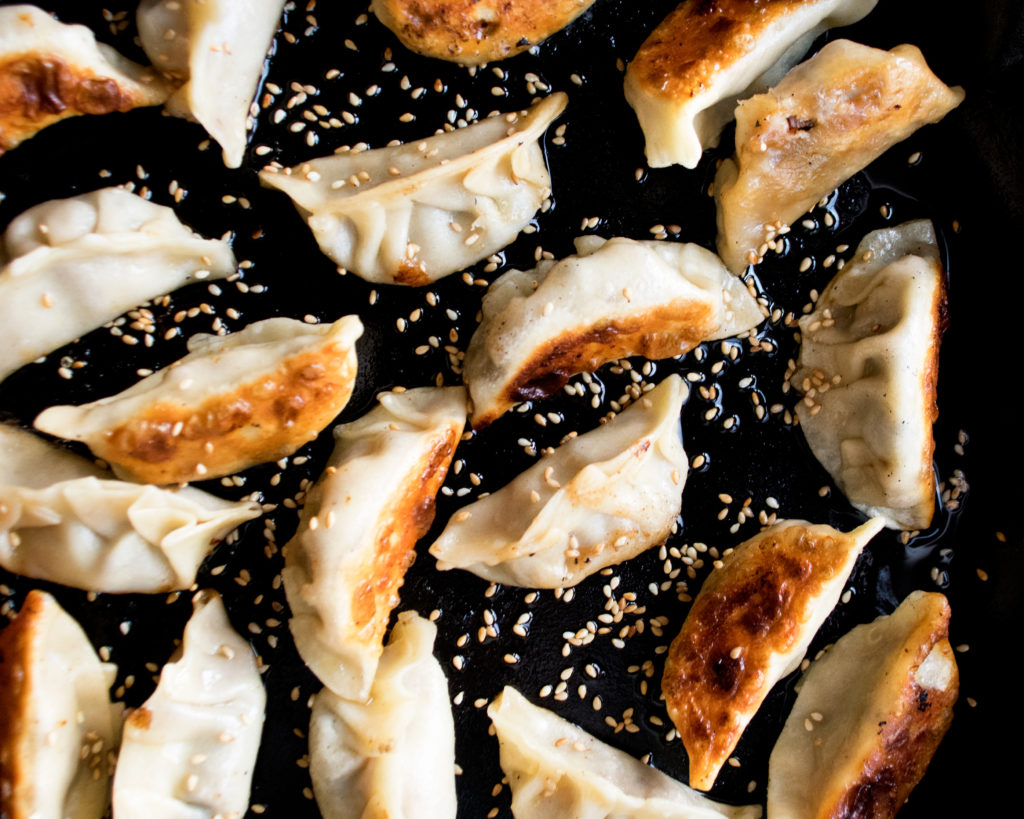 [This recipe is made in partnership with Spice Tribe. Thank you for supporting the brands that I love!] 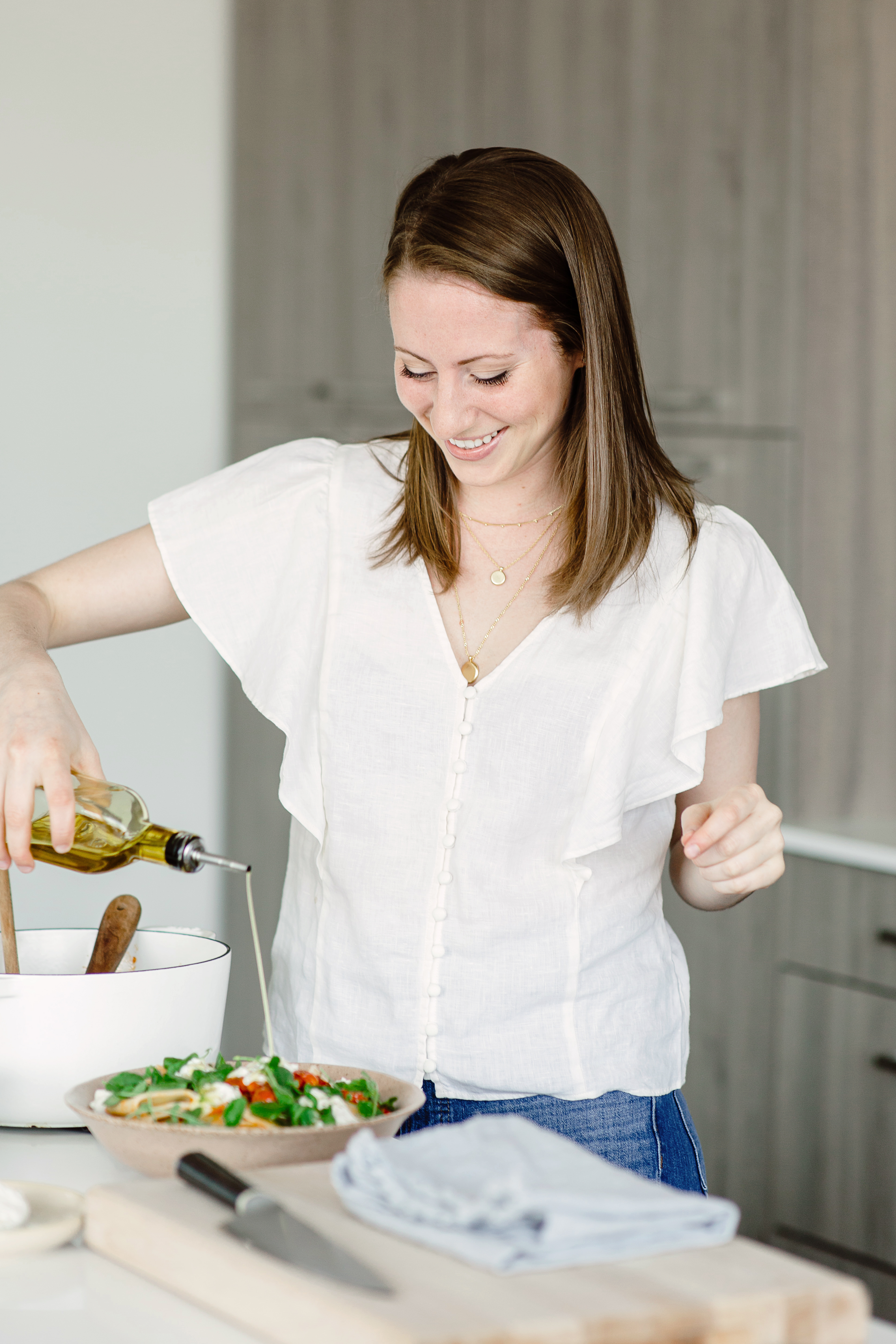