This vibrant roasted red pepper & walnut dip, known as muhammara, makes for the most delicious Christmas appetizer. It has just enough spice and tons of rich flavor. Full of sweet roasted red peppers, toasted walnuts & grainy bread, bright lemon, tangy pomegranate molasses, and bold spices. It gets pulsed up until creamy and topped with pomegranate seeds and chives. Serve it with toasted pita bread for a festive, flavorful start to your meal. 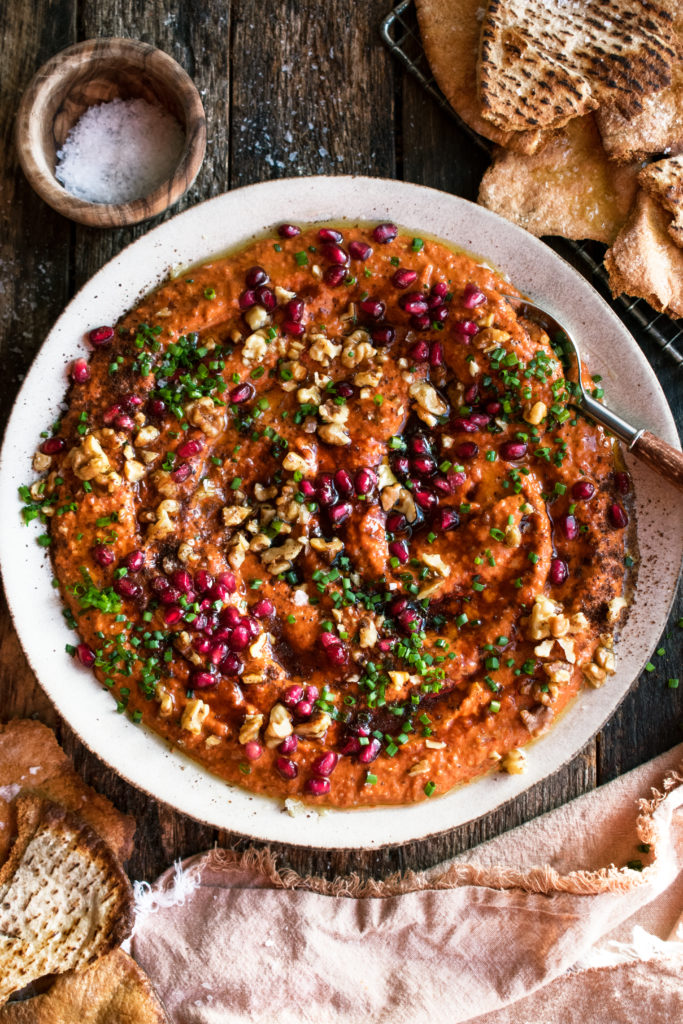 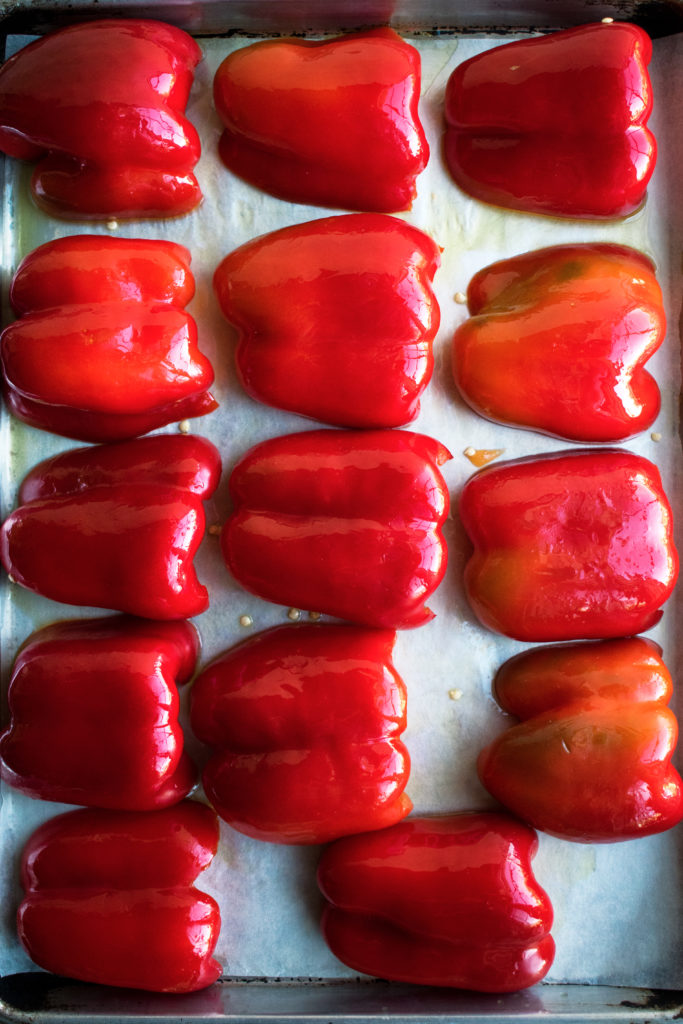 Muhammara is a traditional Middle Eastern dip that I love ordering at restaurants, and it’s actually really simple to make at home. While you could eat it any time of the year, I thought it’d be such a festive appetizer for Christmas with its beautiful bright red colors.

You’ll start by roasting the red peppers. The oven does all the work as the peppers char on the outside and their flavor intensifies. After roasting, the skins easily peel off, leaving you with soft, bright red peppers for the dip. 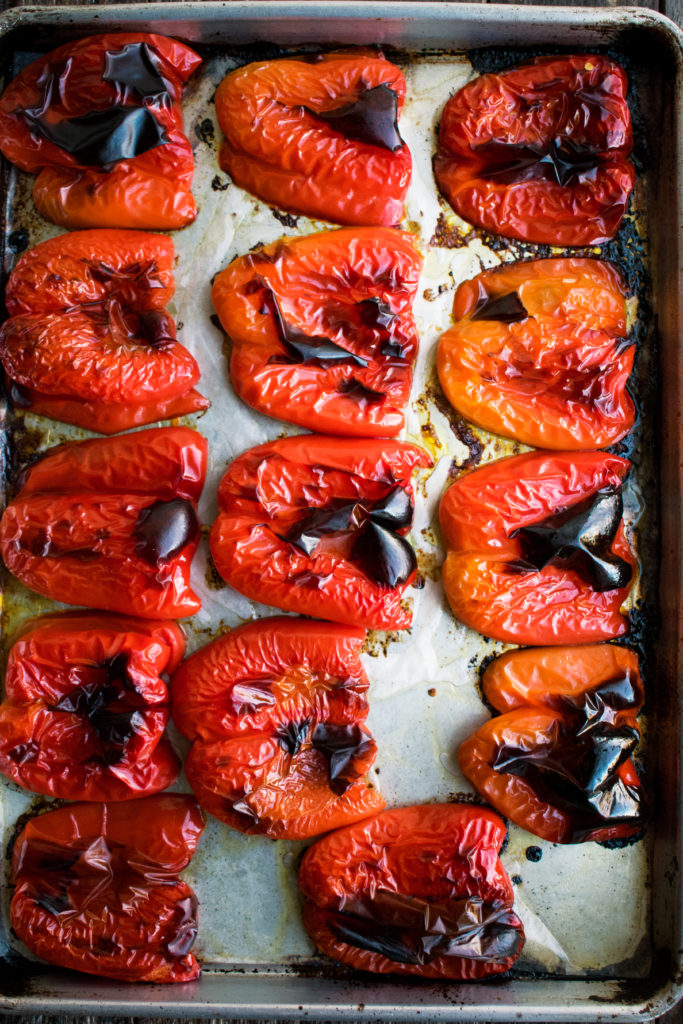 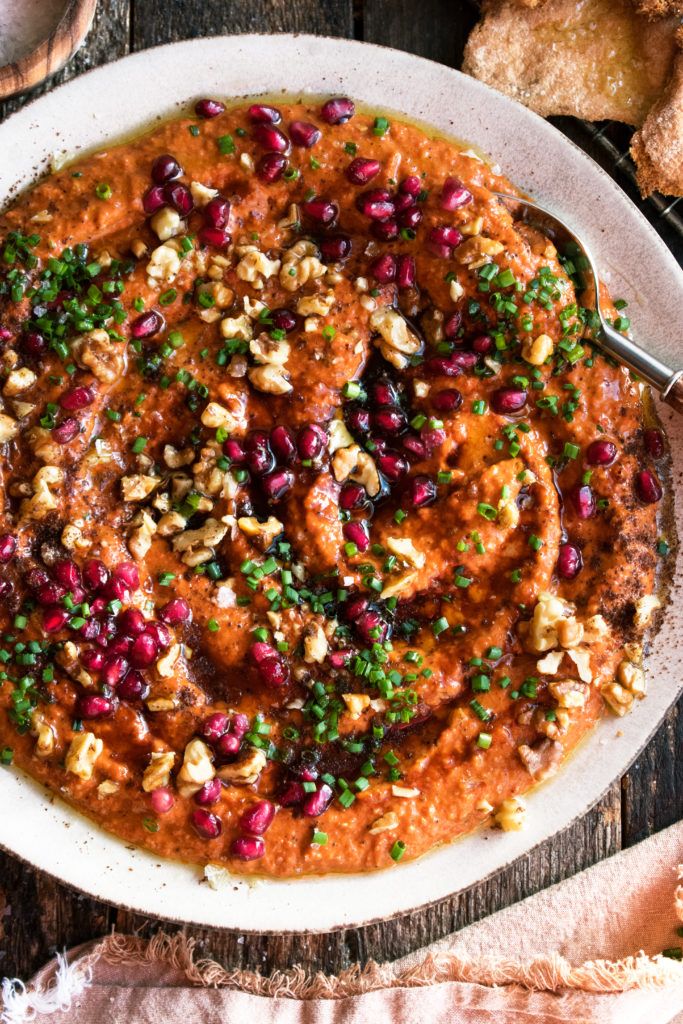 To give the dip it’s body & texture, walnuts and bread (I like to use a fresh loaf of whole grain bread) get coated in olive oil and toasted until crisp and fragrant. The walnuts add a nutty, rich bite to the dip and work really well with the sweet peppers. Reserve some of the walnuts for topping, and the rest get pulsed up with the peppers and bread in a food processor.

The result is a bright, slightly sweet, rich dip bursting with flavor and texture. The heat from the aleppo pepper is there but subtle…you can always add more to your liking. 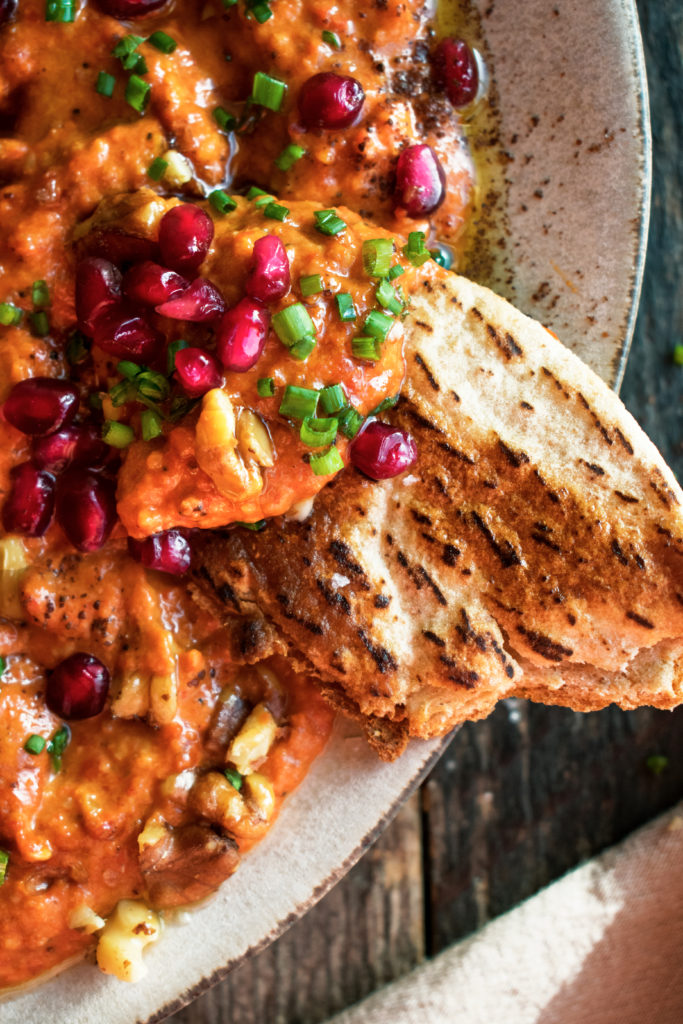 You can do so many things with this red pepper & walnut dip – slather it onto toast, use it as a dip for raw carrots and radishes, serve it as a sauce for roasted meat, or even mix it in with scrambled eggs.

As an appetizer, my favorite thing to do is buy some store-bought pita bread, slice it into quarters, drizzle it with olive oil, and toast it until crisp. You can of course just buy pita chips as well, especially if you’re trying to keep things simple for the holidays!

Finish everything off with the festive toppings – juicy pomegranate seeds, fresh chives, an extra drizzle or two of pomegranate molasses, and those reserved toasted walnuts for some crunch. 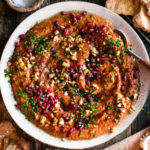 my version of muhammara – a traditional, vibrant middle eastern red pepper and walnut dip with toasted pita bread on the side 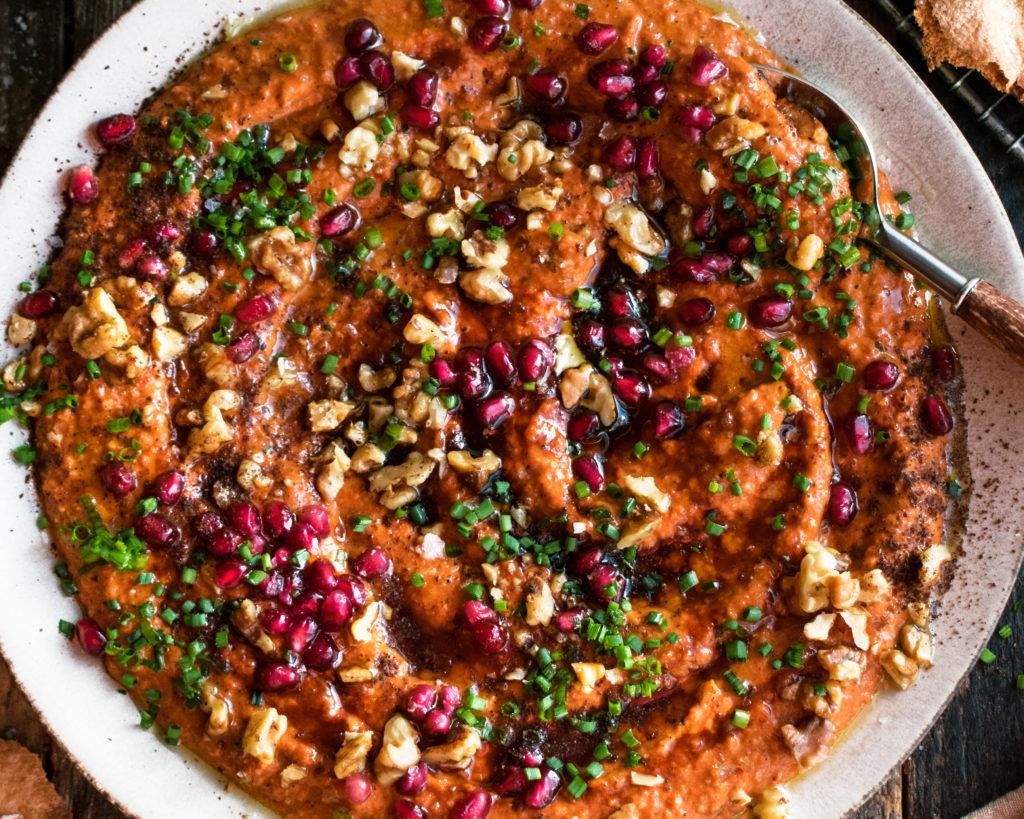