A very special bananas foster cinnamon cake to ring in the New Year! This cake is soft and dense, with rich brown sugar, sweet cinnamon, and vanilla flavor running throughout. The batter is spread on top of a decadent “bananas foster” inspired sauce and then baked in the oven until golden brown. Serve this cake warm with ice cream alongside for the full effect!

This recipe is made in partnership with Bob’s Red Mill. 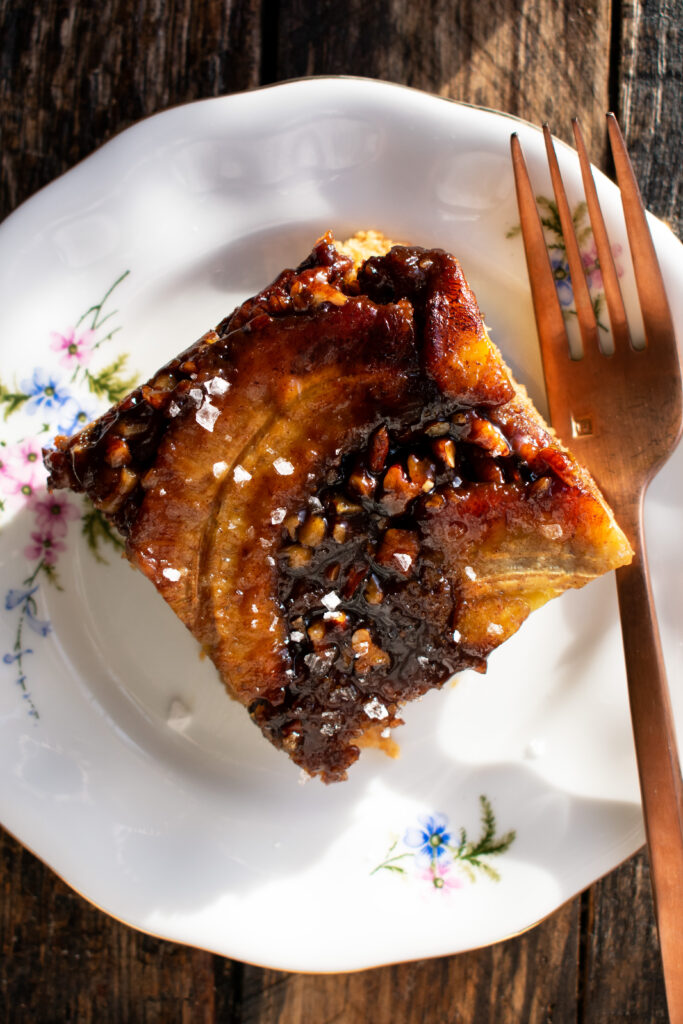 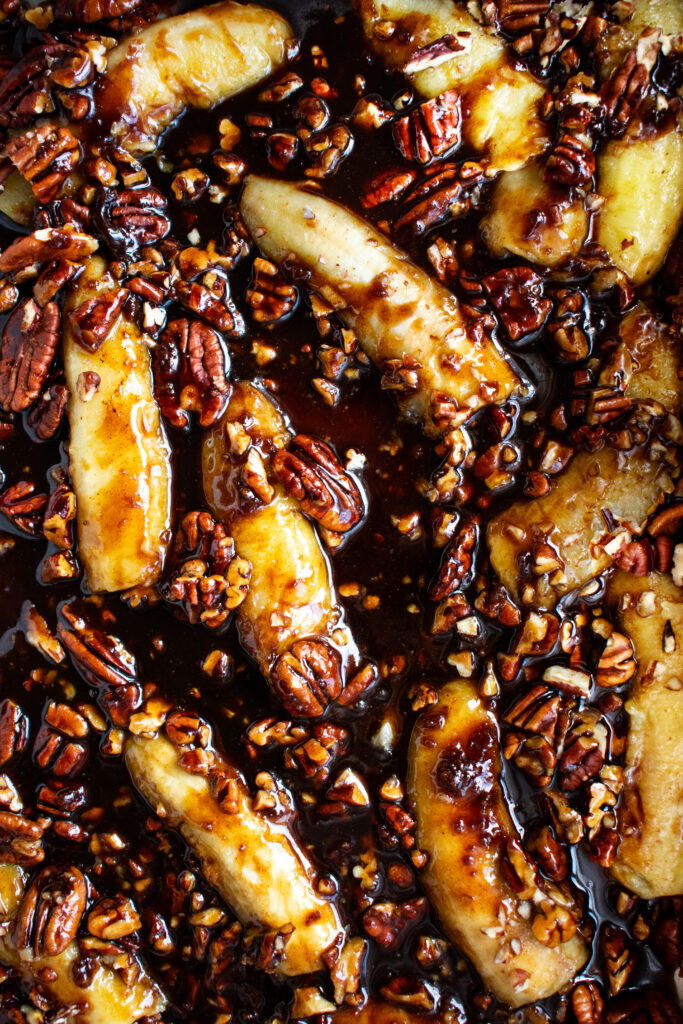 What better way to close out the year than with a celebratory cake! This bananas foster cake is so special, with a very rich, decadent layer of caramel and bananas on the top.

You’ll start by browning the bananas in butter and then whip up a quick sauce made with brown sugar, cinnamon, a pinch of salt, and dark rum for a true bananas foster essence. 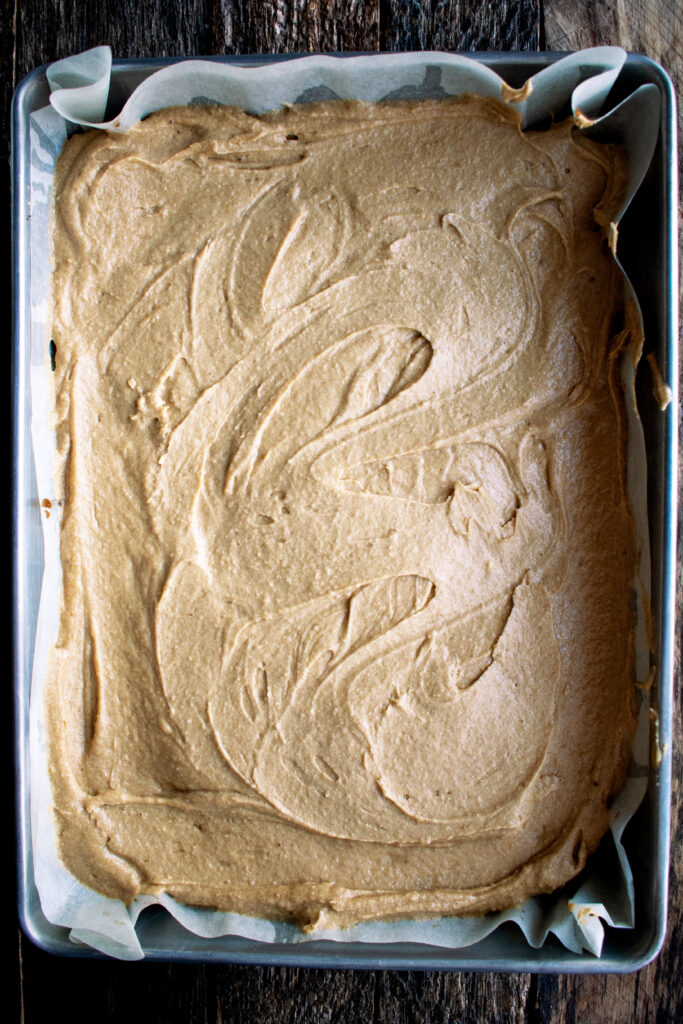 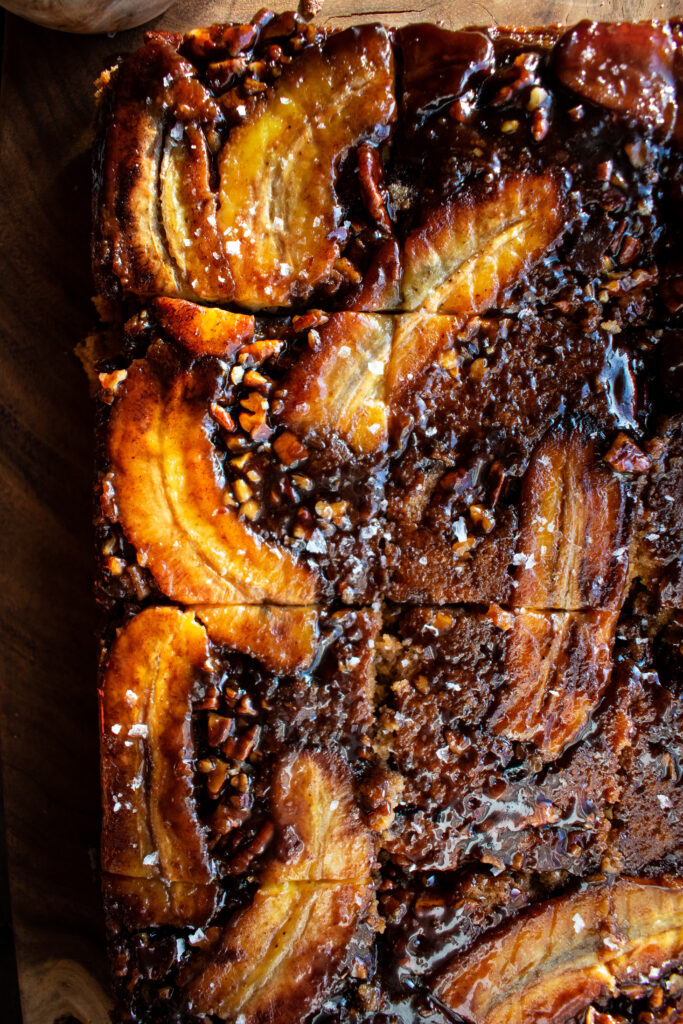 The batter of the cake is really simple, yet perfectly flavored with cinnamon and vanilla. I’m using my go-to flour for baking, Bob’s Red Mill All-Purpose Organic Flour.

The flour is high in quality and bakes up beautifully in this cake. A little almond flour adds a great texture to the cake as well. 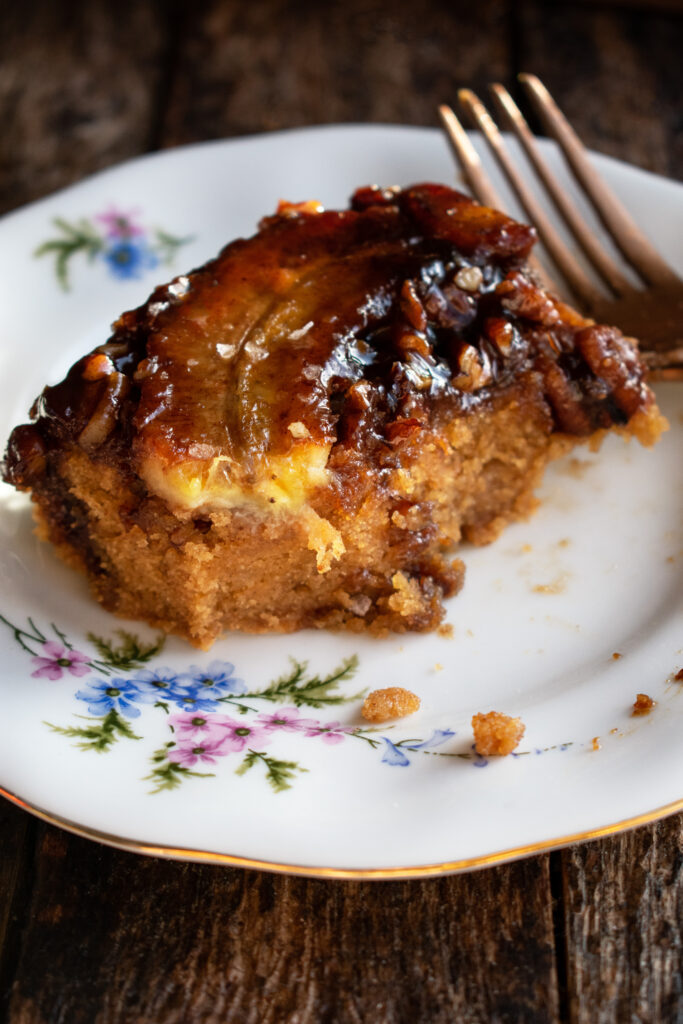 I like to serve this cake warm with vanilla ice cream on the side. The cake stays soft and buttery, while the sauce layer gives it plenty of sweet richness, and the ice cream melts into the entire thing.

It is so, so good. And the perfect thing to whip up tomorrow if you need a last-minute appetizer for New Year’s Day! 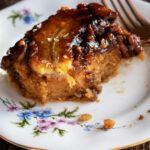 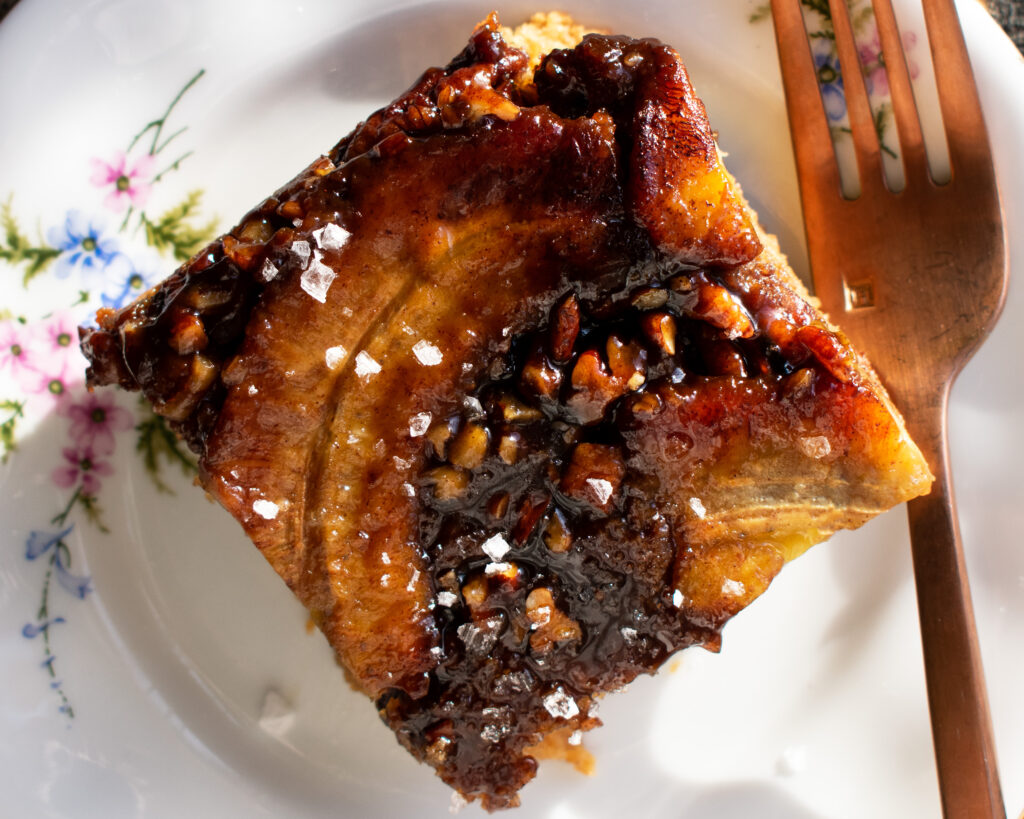