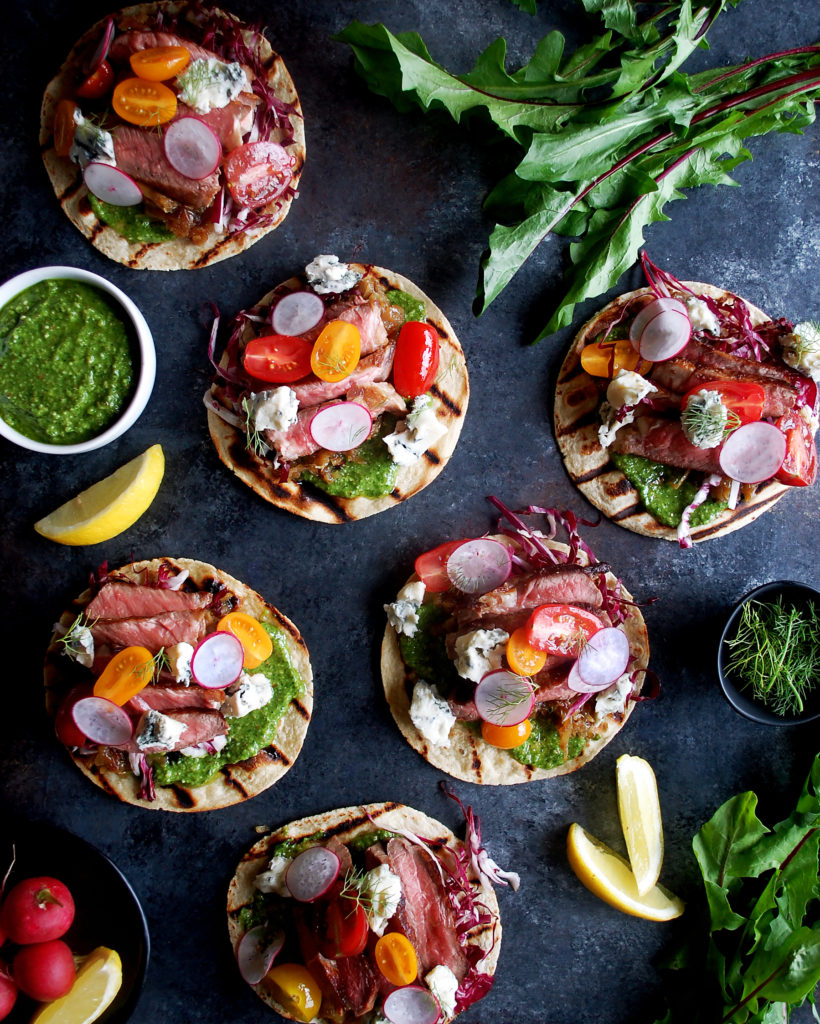 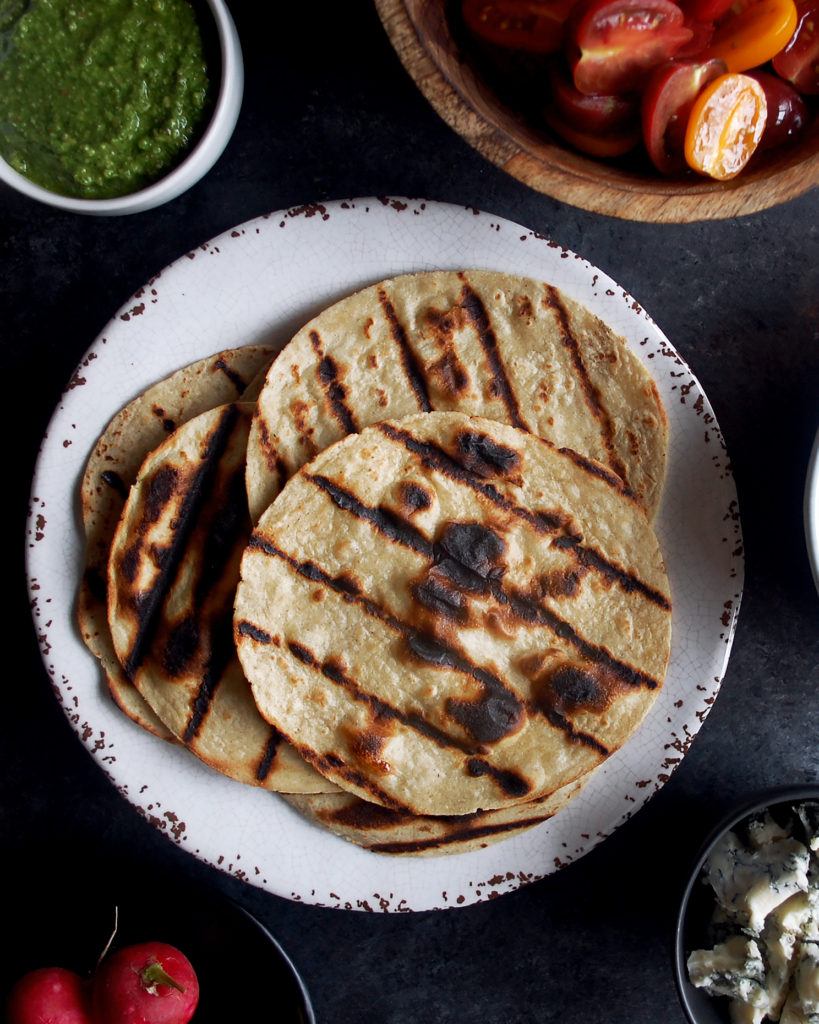 When you’re in the mood for tacos, but just not feeling Mexican flavors, this is the taco to make. I was honestly really wanting a steak sandwich. I just craved beautiful slices of juicy steak pressed between soft bread and loaded with flavor-packed fixings like caramelized onions and blue cheese.

When I realized I had used my last piece of bread for breakfast and forgot to pick up another loaf from the store, the sandwich idea turned into tacos.

I stuck with the same flavors I was going for, and it turned out way better than I expected…they also look absolutely beautiful so I would highly suggest making these when you have people over. Any old weeknight works just as well because they’re fast to whip up. 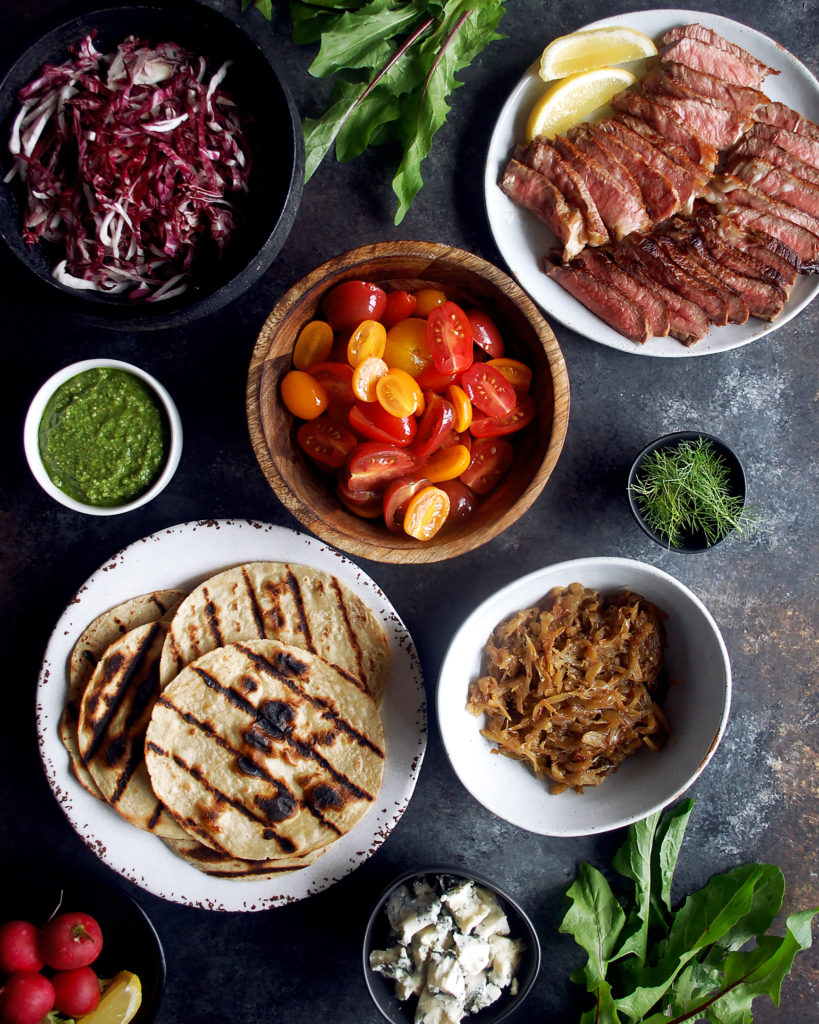 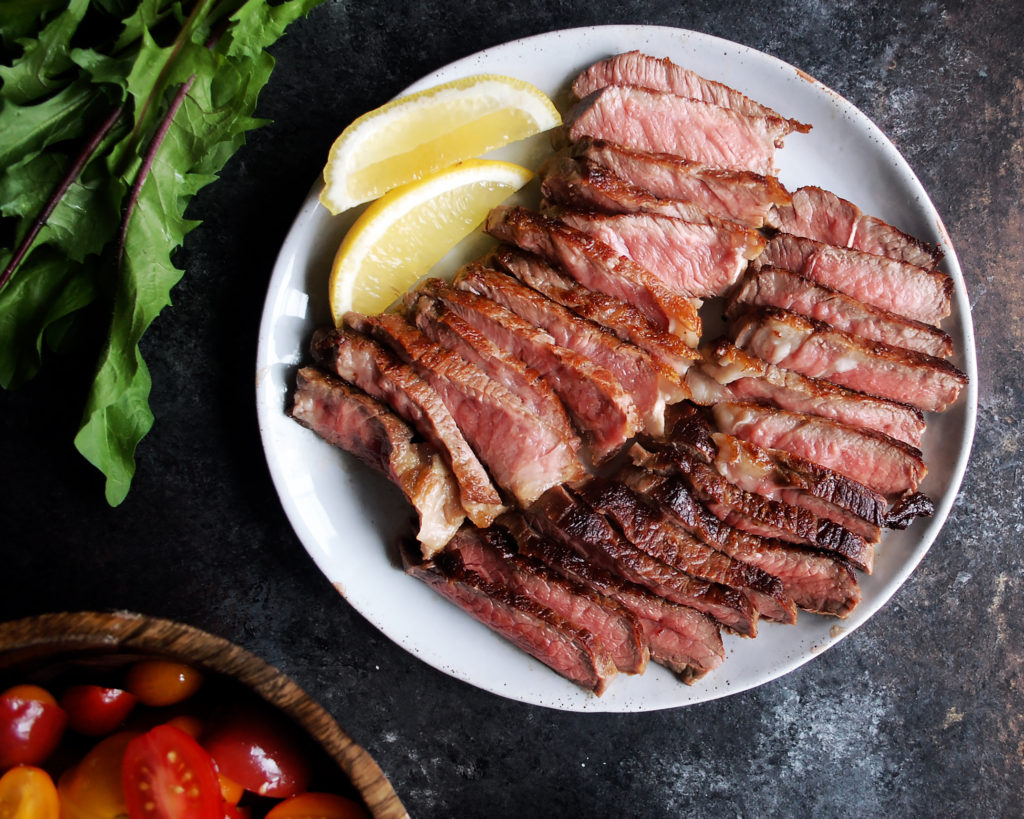 Let me break these down for you…

I’ve been making this arugula pesto and putting it on absolutely everything, so that’s the base, and essentially the sauce, for these tacos. It’s bright, lemony, and full of healthy almonds and tons of parmesan cheese. I add honey to all my pesto, but it works especially well here because the arugula is very bitter compared to other greens or herbs. I also cut that bitterness by using basil along with it. 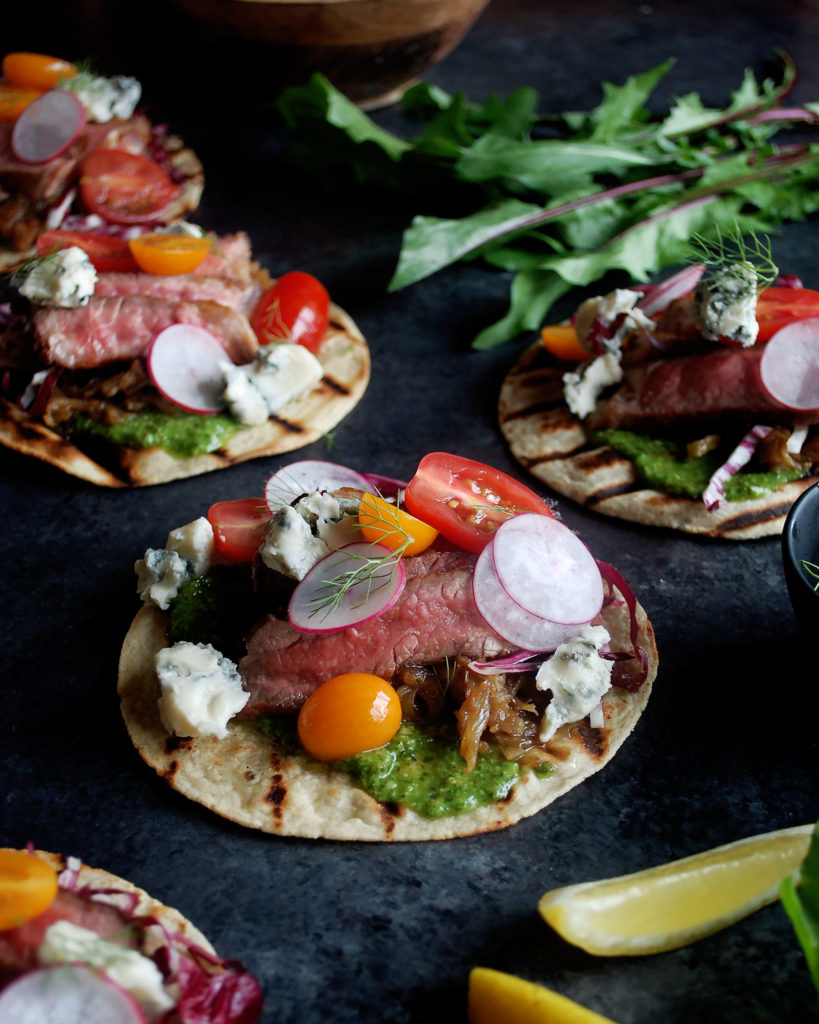 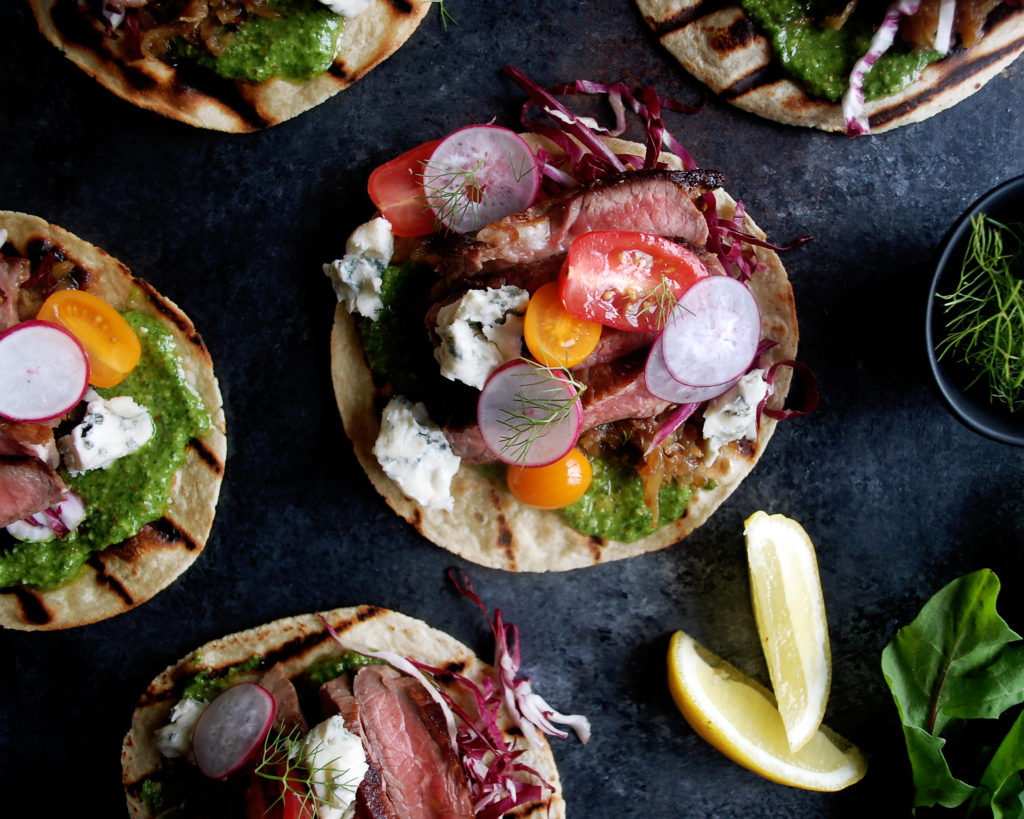 The steak is done very simply. I let it temper until the chill comes off so that it sears better. A hot pan is key. I go into full detail on how to perfectly sear a piece of meat in my post for these pork chops.

All the other ingredients are basically just garnishes that add a lot of texture and flavor to the tacos. I use blue cheese to keep going with the steakhouse theme, some shredded radicchio instead of typical cabbage, shaved radishes for some bright crunch, and marinated cherry tomatoes to finish. And trust me, all of this works together very well. You’ve got smooth and creamy, sweet and caramelized, rich and meaty, bitter and crispy…all in one bite. 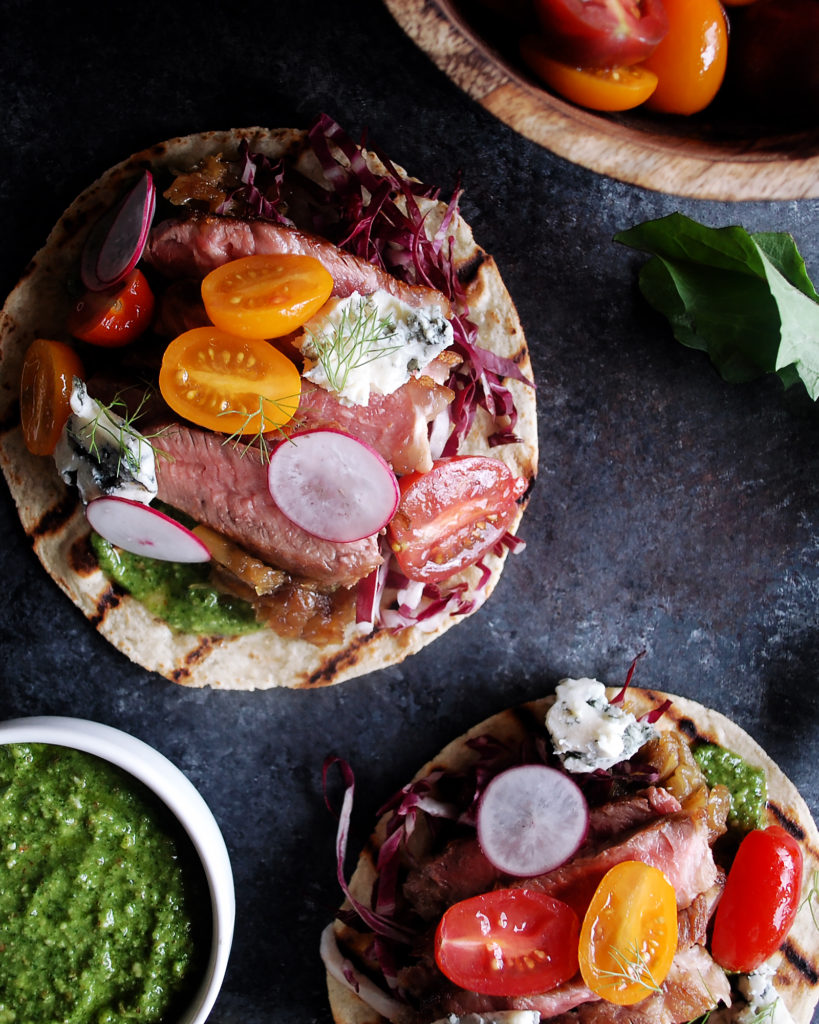 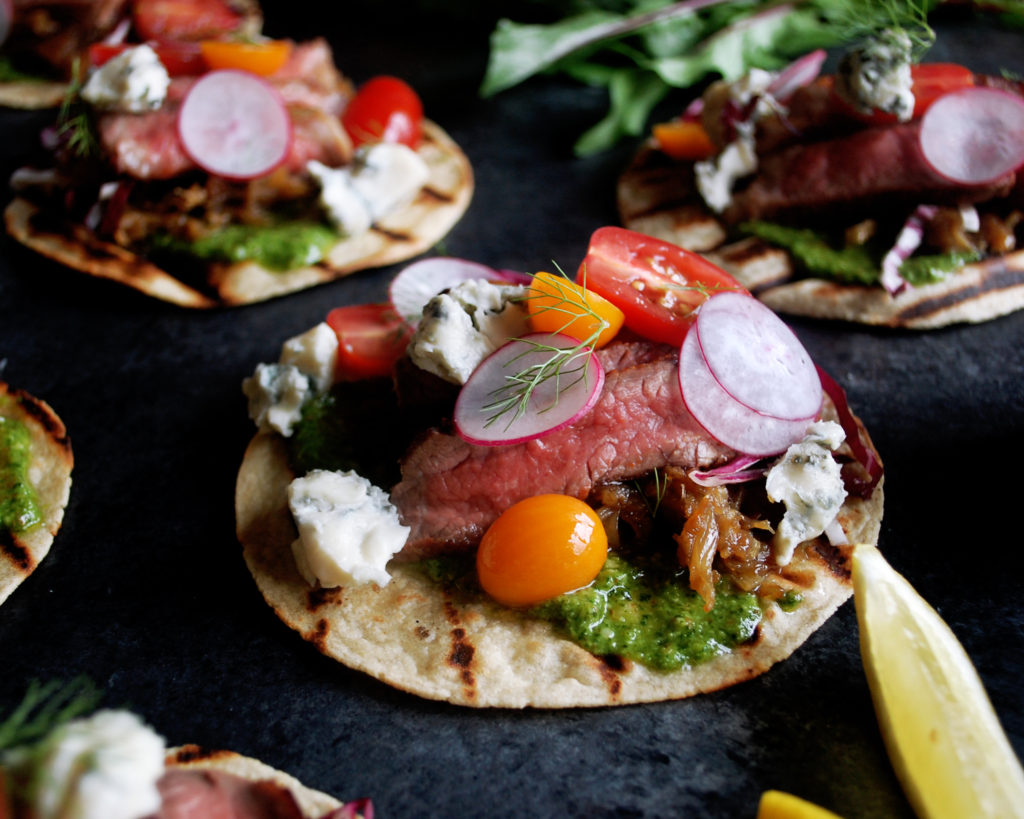 And lastly, the tortillas. I used corn tortillas to make these tacos, but honestly, I think flour would have been even better. Either way, these are super fun to make. Try them out and let me know what you think. Enjoy! 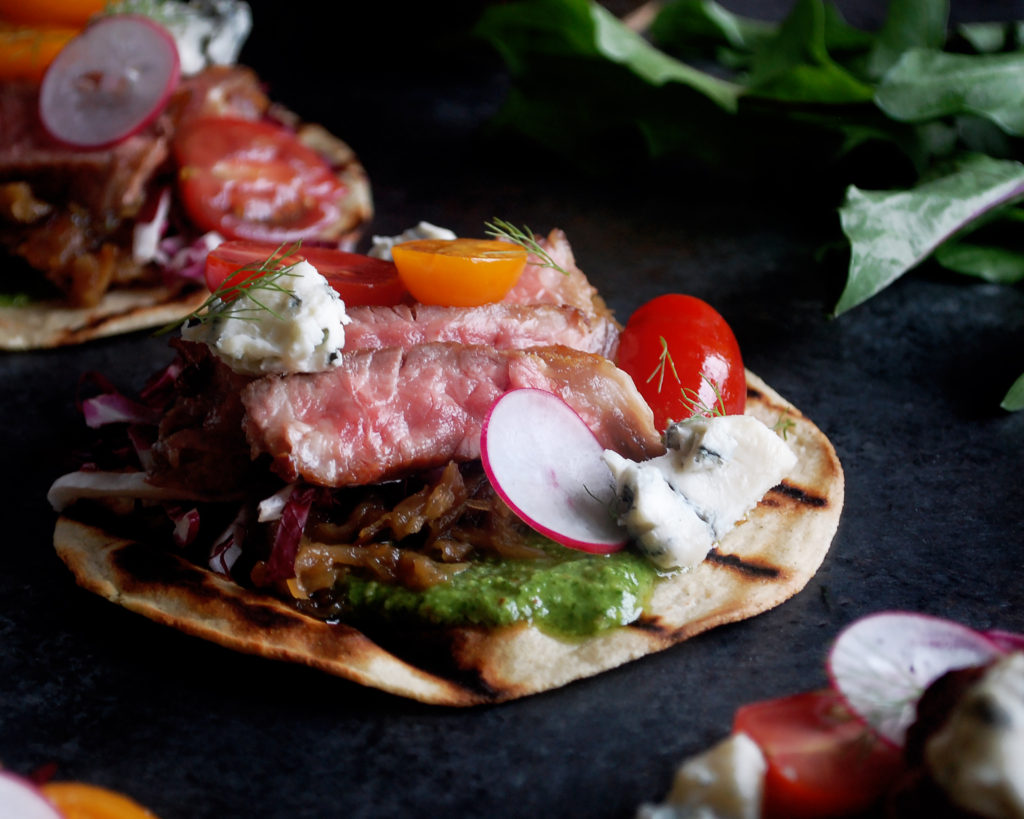 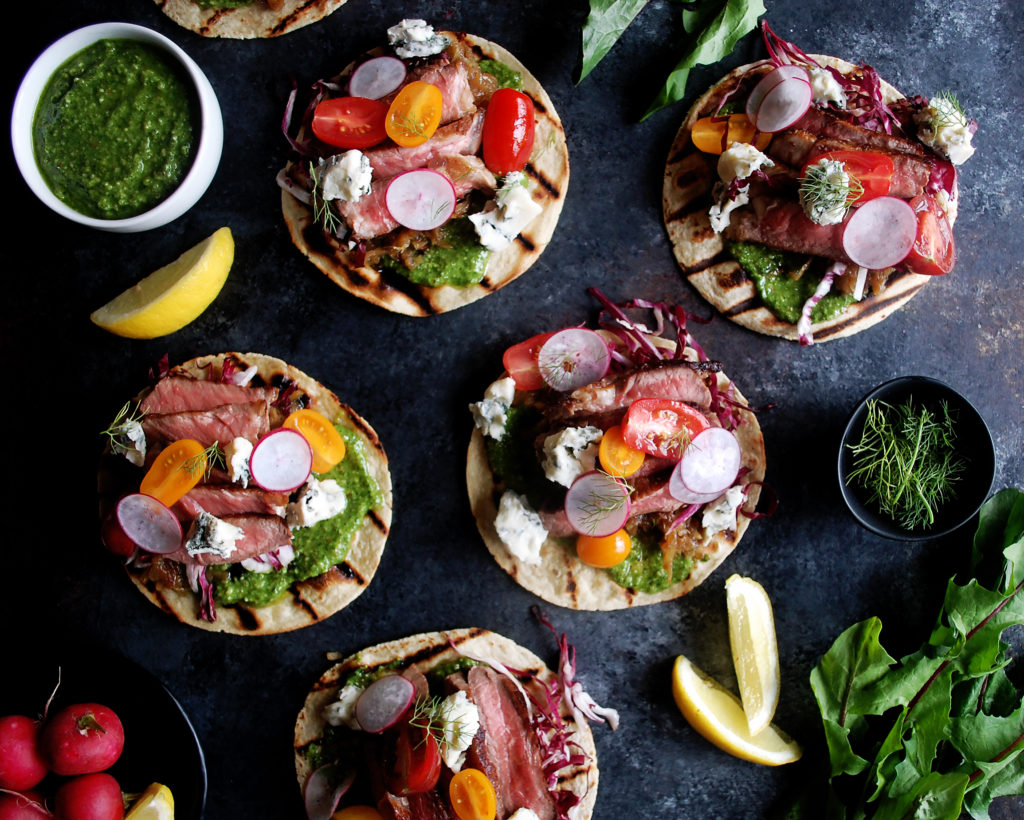 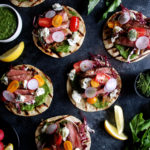