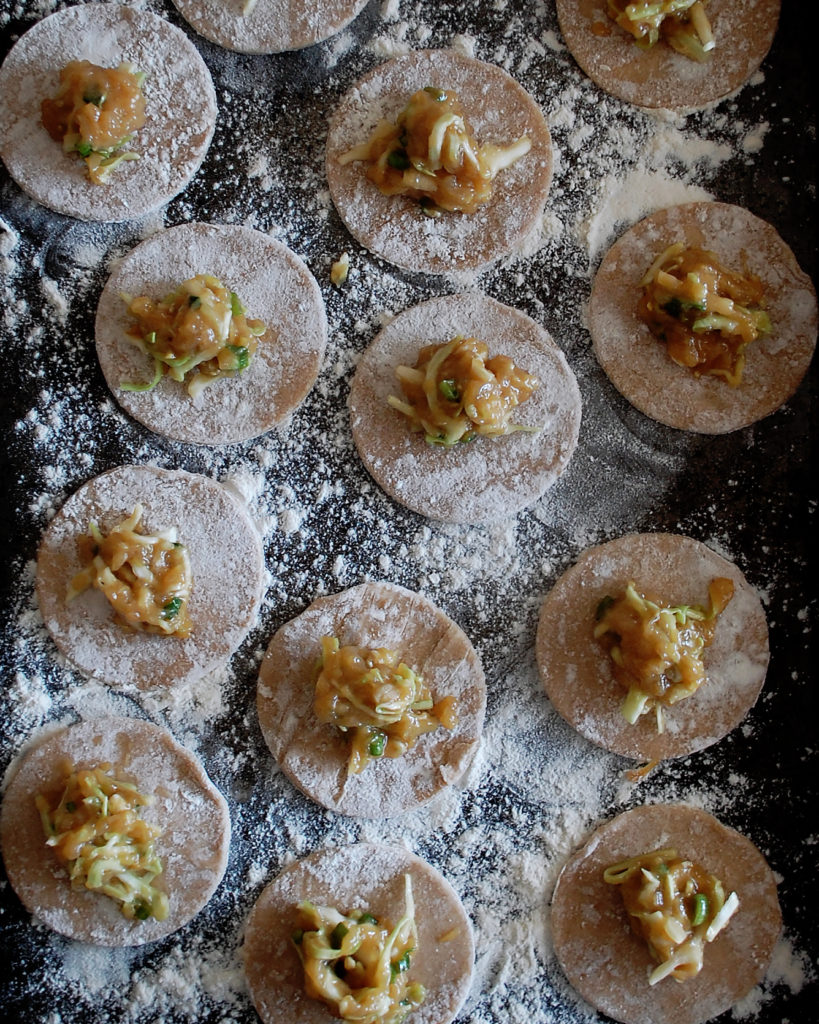 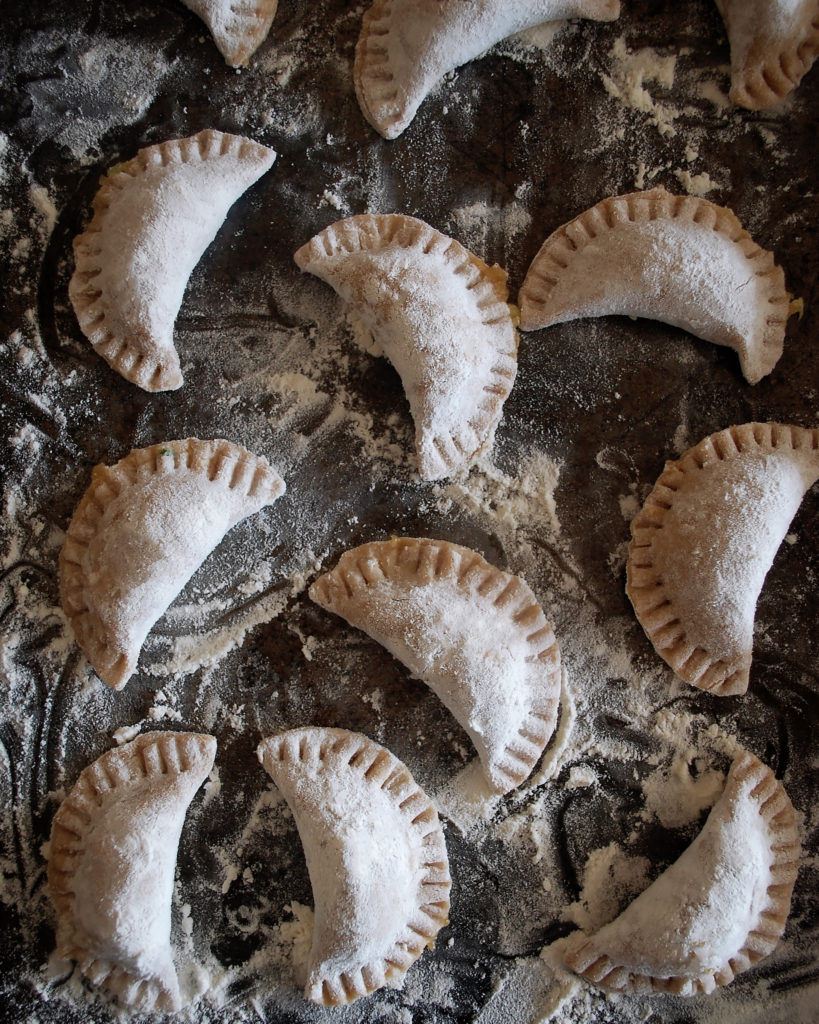 Pot stickers are known as “guotie” in Chinese which means “wok stick”. Whether they’re fried in a pot or a wok, they’re absolutely delicious. Pot stickers is the one dish I always love to get at Chinese restaurants because I’ve never had a bad one. And I’ve actually had some absolutely amazing ones.

The history of this dish has somewhat been lost over time, but there is a myth out there. It’s said that a chef was boiling dumplings like usual and he let them boil too long. All the water evaporated and the dumplings had “stuck” to the bottom of the wok. He pried them out and served them, and I guess the dish stuck, too. Years and years later you see them everywhere, typically filled with a pork filling. 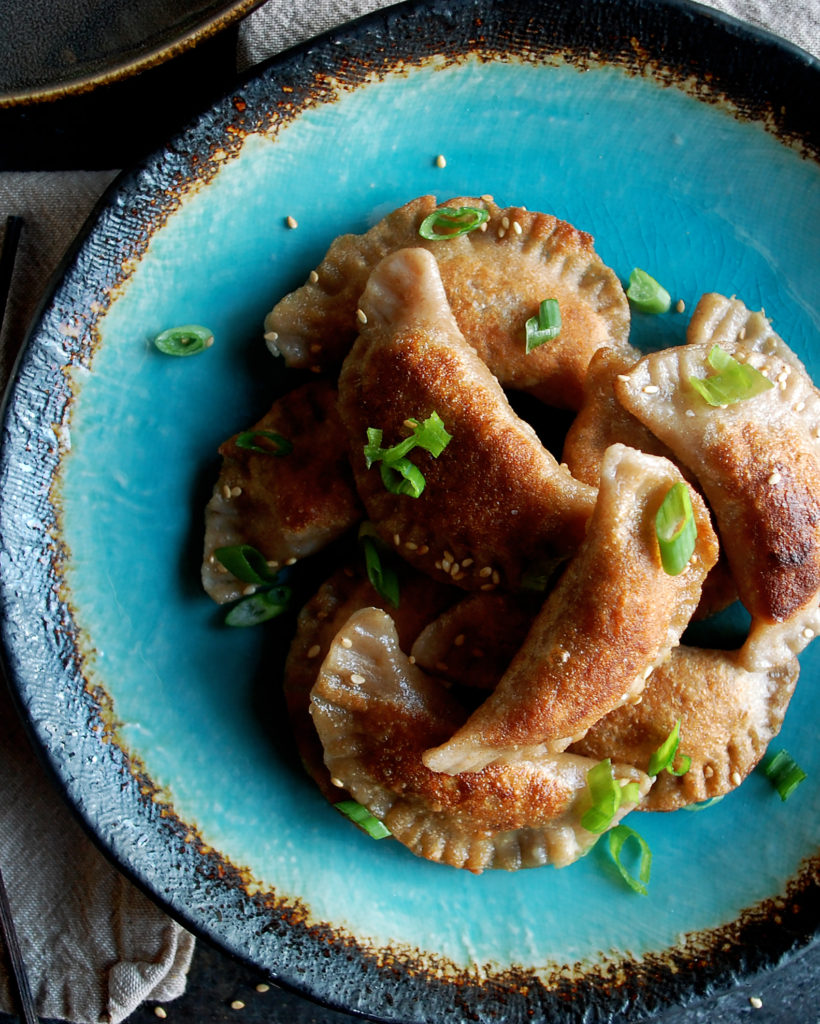 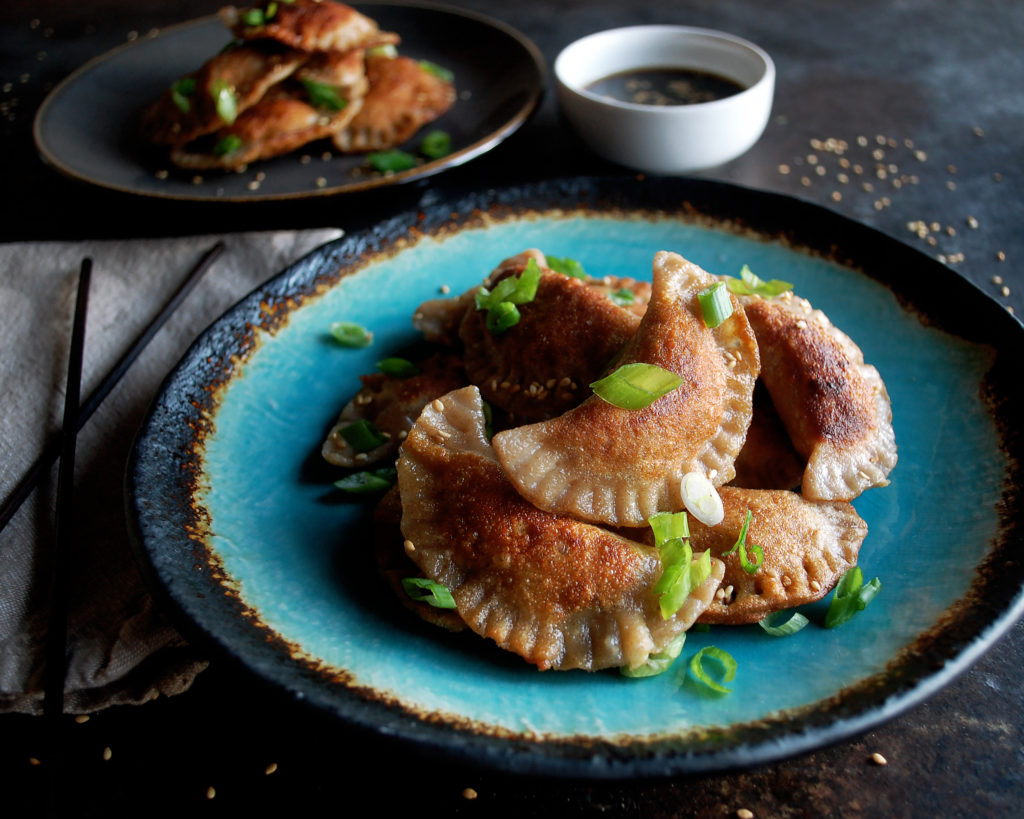 I was taught to make pot stickers just like that, where you start them in a pan with liquid and let the liquid cook out until the bottoms crisp up. The method I prefer, though, is just a little different. You boil the dumplings for a few minutes first, let them dry a bit, and then fry them in a pan with sizzling hot oil. A Lodge cast-iron pan works well for a really nice pan-fry finish. This way seemed to work a little better for me and formed a wonderful crispy texture.

I fried mine on both sides, but you can also just fry the bottoms and keep the topside soft. It’s a fun project to work on, and forming the dumplings can be quite relaxing (well, I find working with any dough relaxing, but that’s just me). Anyways, the pot stickers are filled with a simple chicken filling, which you can substitute with ground pork if you like that flavor better. I had ground chicken on hand so just tossed that into a bowl with thinly sliced cabbage, some traditional Asian flavors, and called it a day. 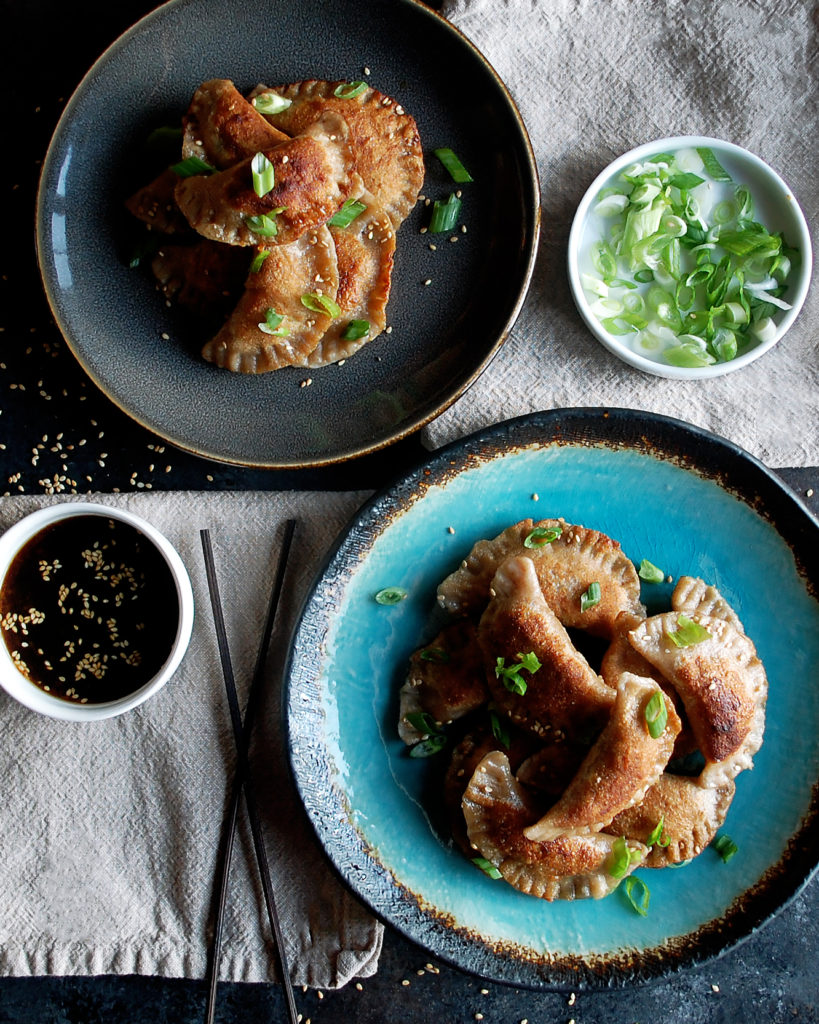 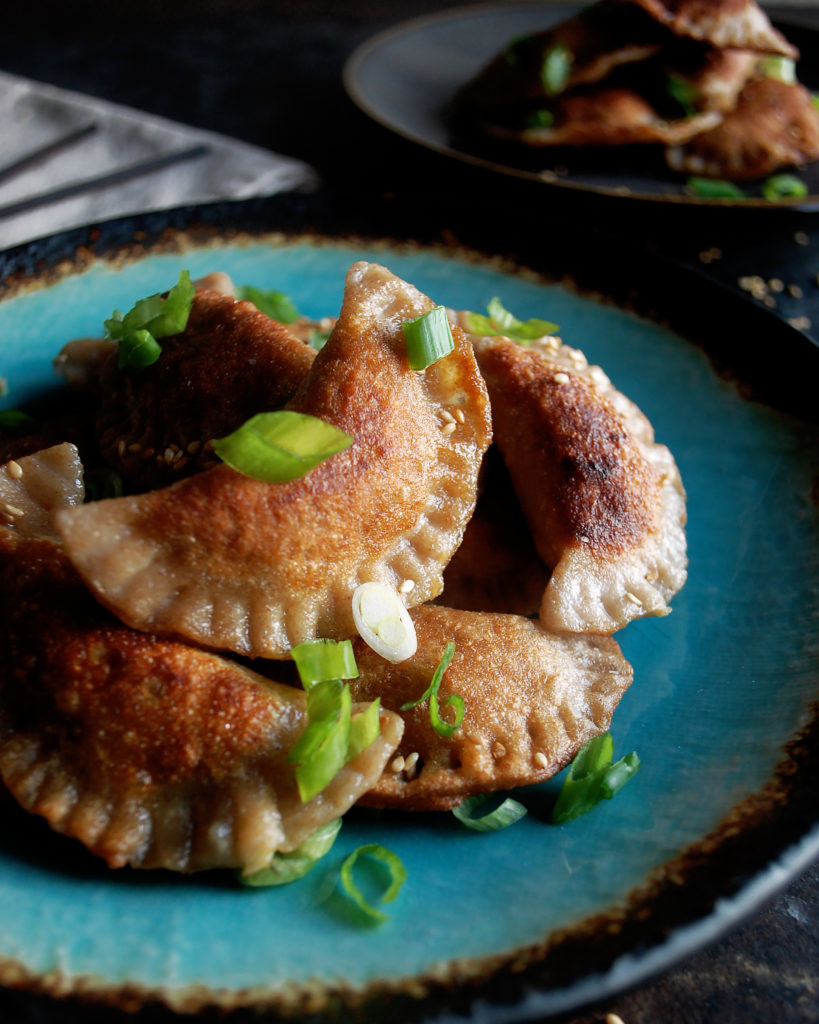 While the pot stickers were frying, I realized I probably should have a dipping sauce to dunk these in. Soy sauce, fish sauce, a little rice wine, and lots of orange juice and zest, plus some sesame oil and honey, made a perfect sauce.

I added lots of toasted sesame seeds to the sauce, and sprinkled more over the finished pot stickers, as well as some sliced scallions. I’d say they turned out to be a pretty fun appetizer to make, and the flavors were spot on! Enjoy! 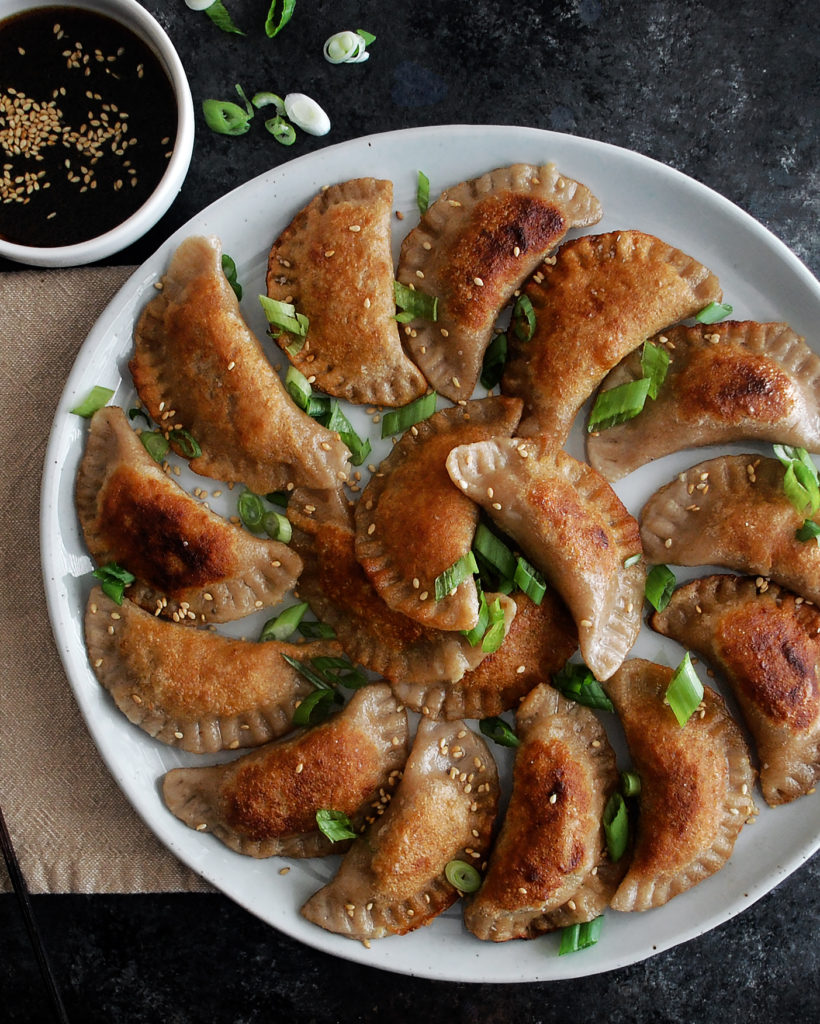 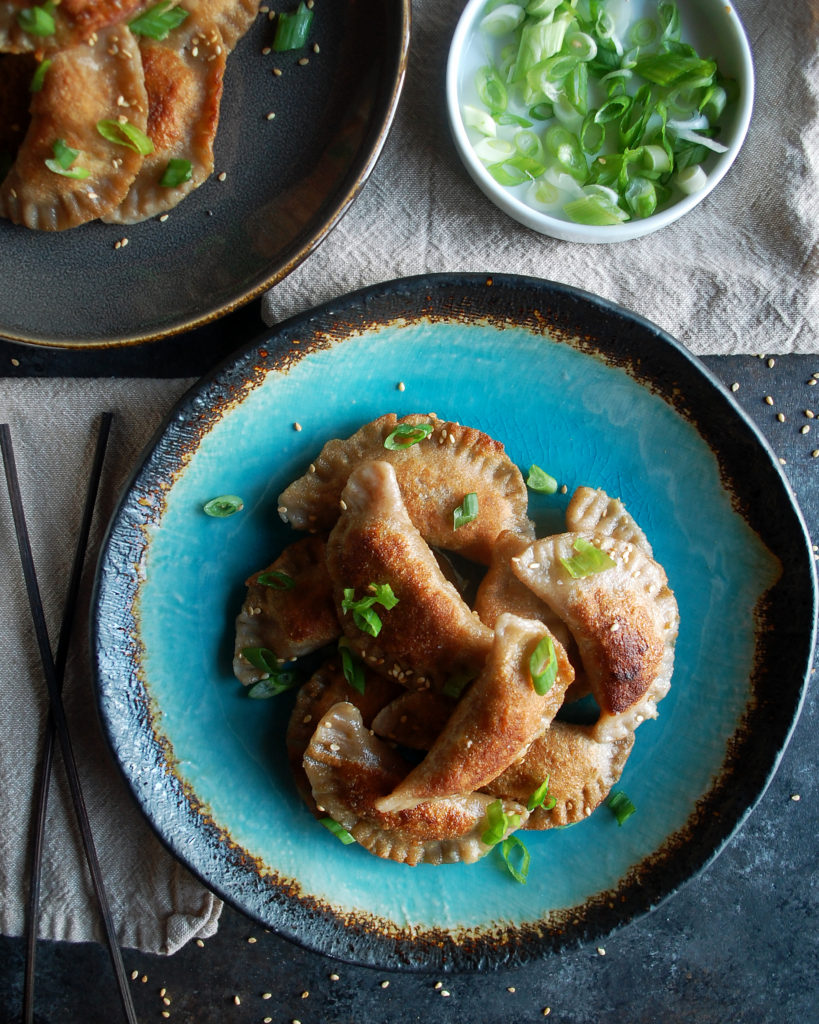 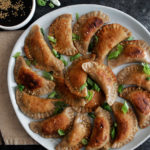 One thought on “Chicken Pot Stickers with Orange Sesame Sauce”