The very best grilled shrimp in a bold, spicy coconut milk broth. It’s a beyond simple, yet really impressive recipe that I think you’ll want to be grilling up all summer long! 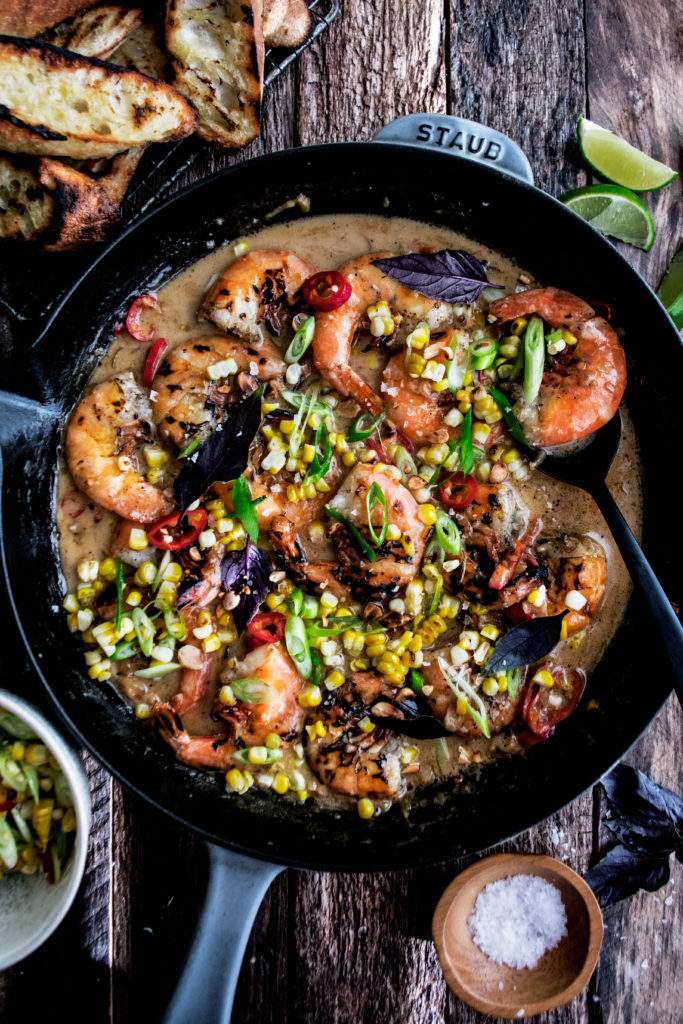 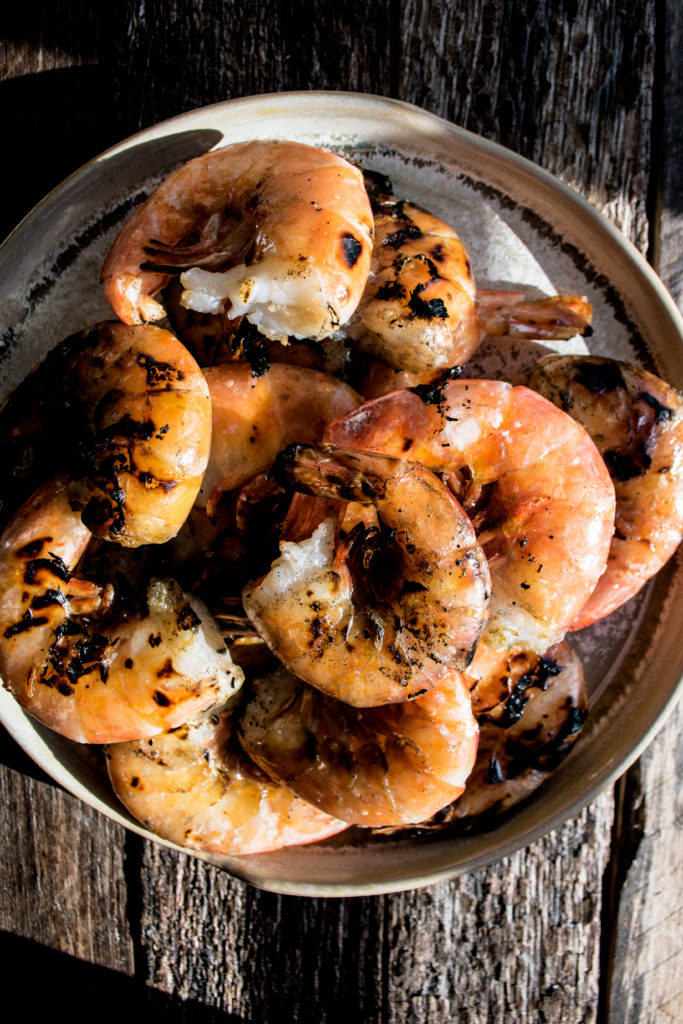 I’ve got to say…this grilled shrimp recipe is really, really good. I might even go as far as saying that it’s one of my favorite recipes I’ve ever created. There’s just something all of the bold flavor in here that makes it really exciting and kind of irresistible.

You’ll start by making the coconut milk broth right in a skillet by cooking down shallots, red chiles, garlic, ginger, and lemongrass. A few other ingredients, plus some creamy coconut milk, get simmered down until thickened. Meanwhile, the shrimp and corn grill until slightly charred and cooked through.

The broth gets finished with lots of lime juice and the grilled shrimp goes right on it. Corn on top, along with some scallions and fresh basil…and that’s it.

What really makes this dish, though? Thick pieces of grilled bread to dip into the flavorful broth. It’s an absolute must. Enjoy! 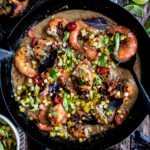 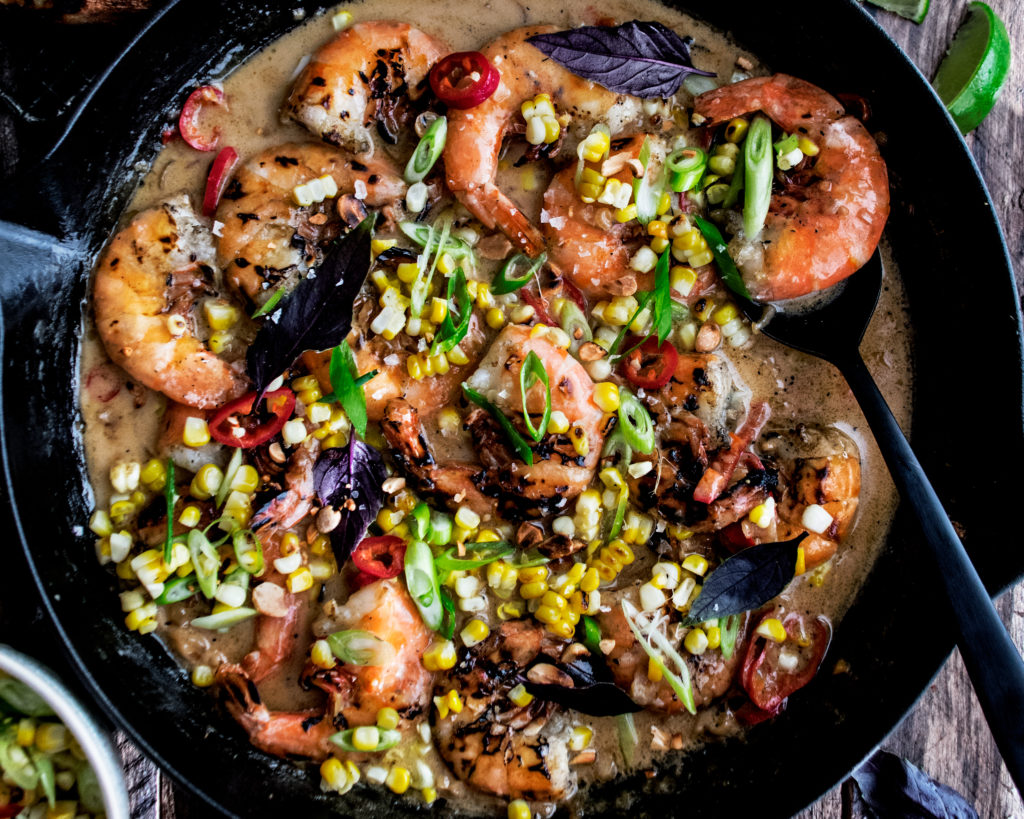