Kicking off the holiday season with a weekend full of Christmas decorating and recipe developing…while of course eating all the Thanksgiving leftovers! Including this pumpkin cheesecake with shortbread crust & brandy pecans. 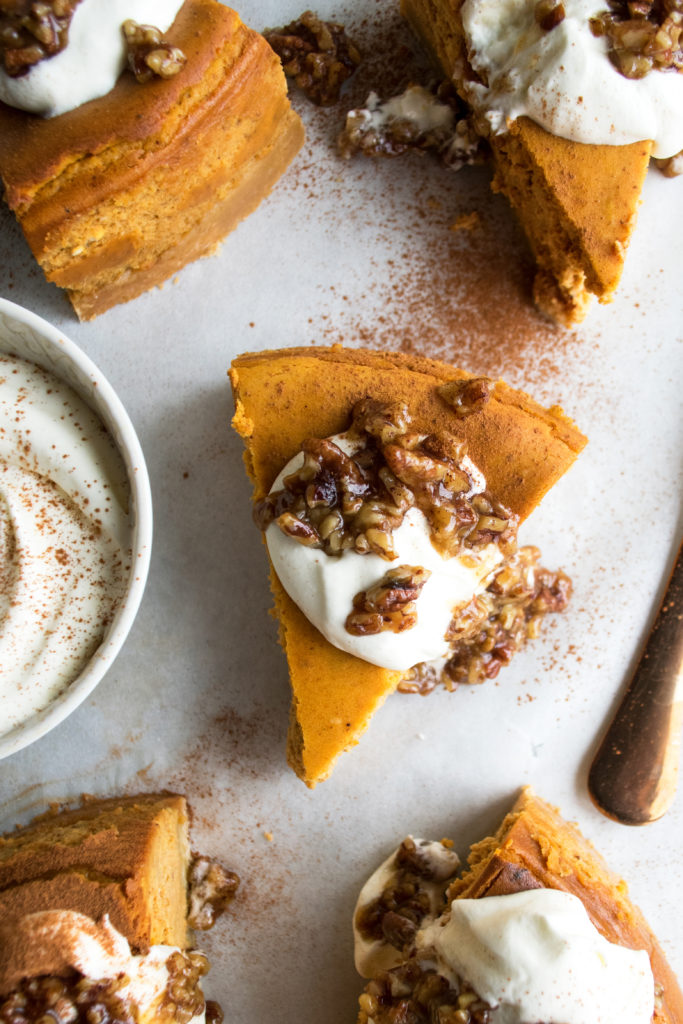 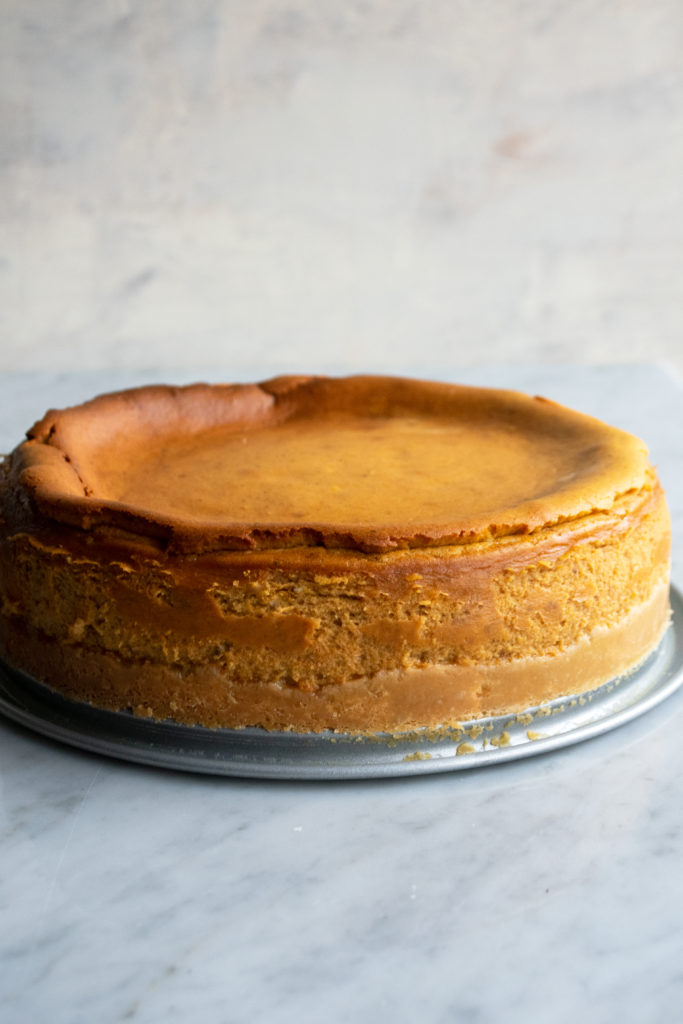 I added a few special touches to this year’s pumpkin cheesecake – a buttery shortbread crust and sweet caramel pecans flavored with brandy to spoon over top. The cheesecake itself is light and fluffy, flavored with warming spices and a splash of vanilla. I top it with very softly whipped cream and of course the pecans (which are completely optional, but highly recommended). 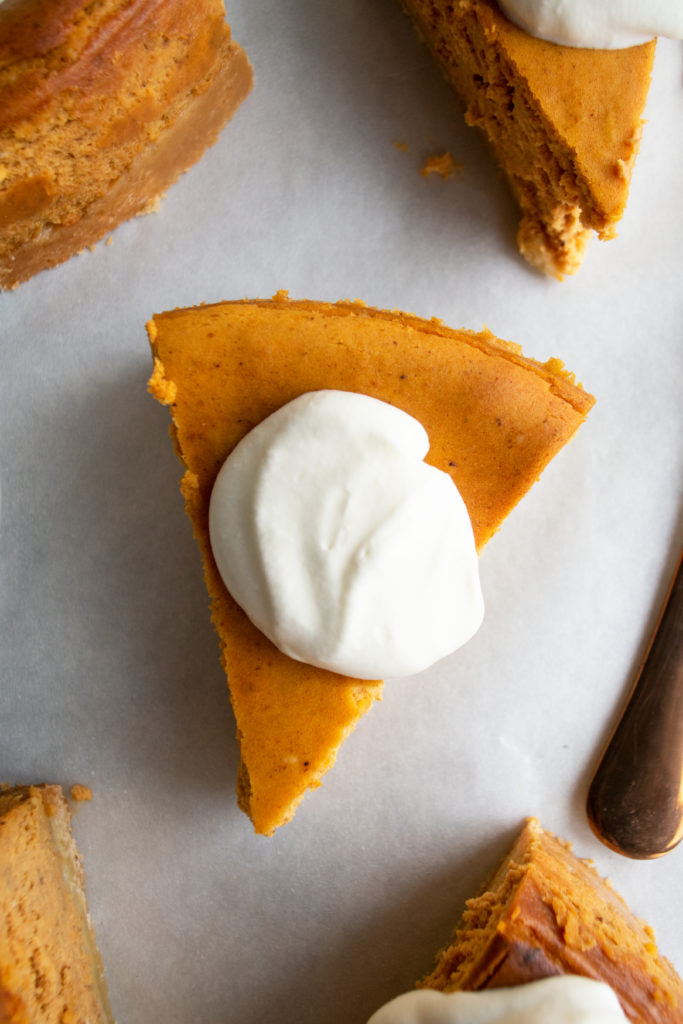 The key is to use room temperature ingredients for a creamy cheesecake batter. The cheesecake can be made up to two days in advance so it’s easy to get out of the way if you’re making this for a dinner party or holiday gathering.

It’s very decadent and the perfect holiday dessert to make all season long! Especially alongside this leftover turkey & dumpling soup…which is exactly my plan over here tonight. Enjoy! 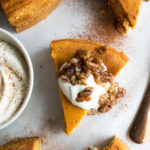 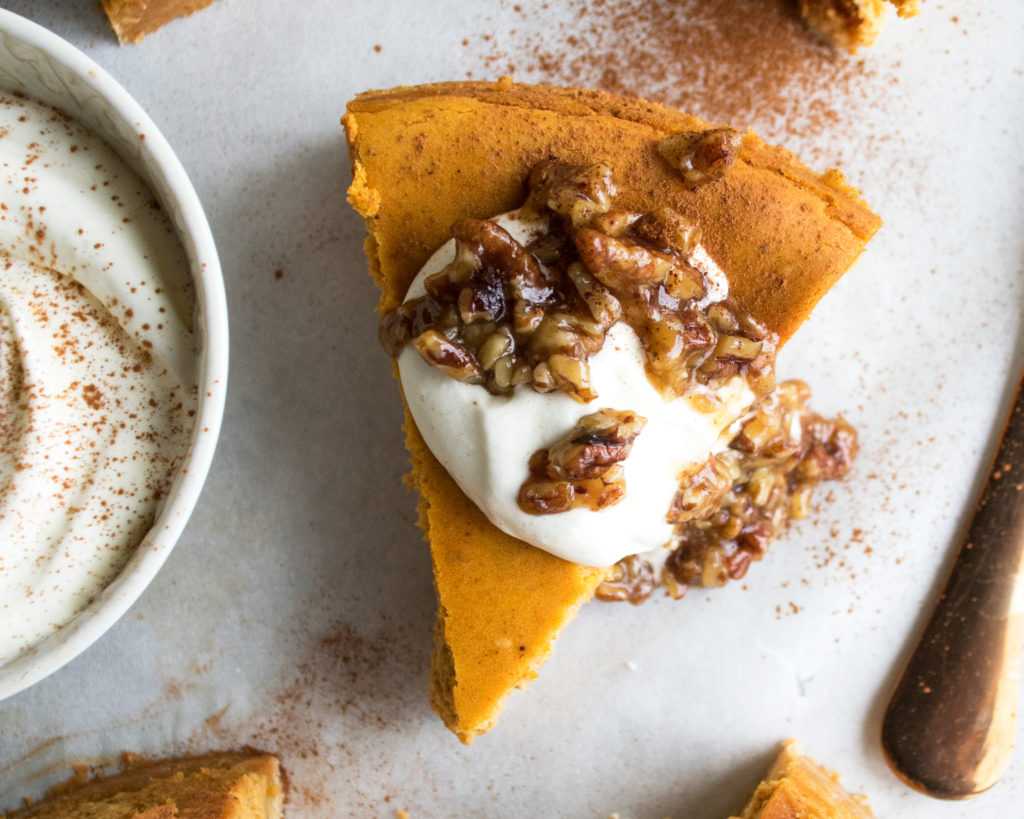