A cold-weather dinner when you need a cozy, indulgent pasta: mac and cheese with brussels sprouts, kale, and caramelized onions. It’s tossed in a creamy cheddar sauce and topped with bacon breadcrumbs. And it’s kind of the most irresistible mac and cheese that I could ever dream up! 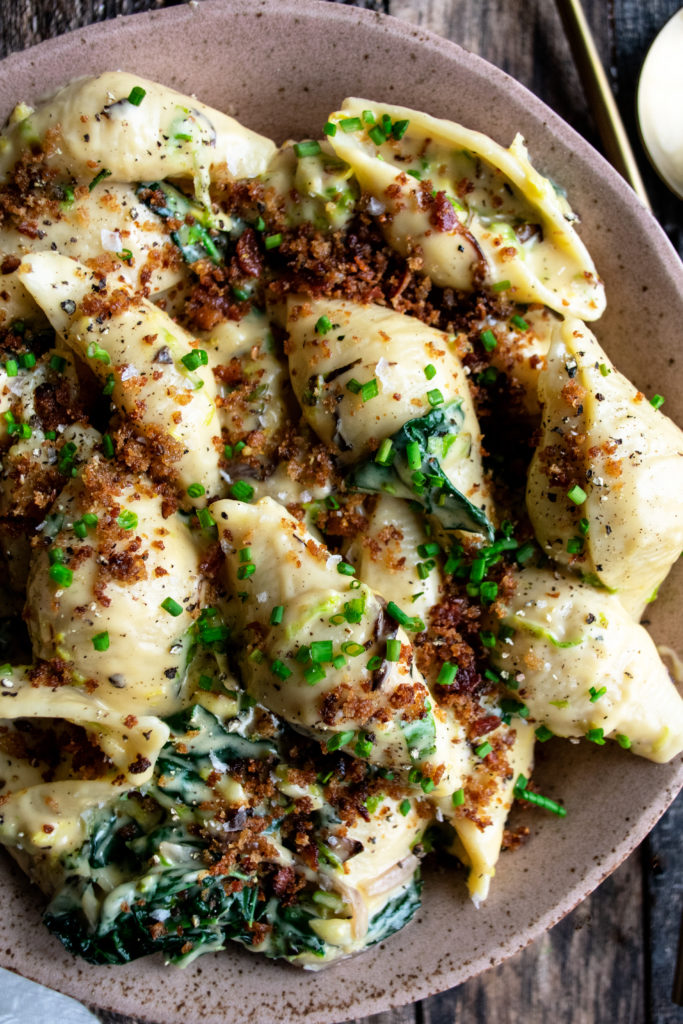 This is definitely not your average mac and cheese. It’s got all the key things you need in a mac & cheese – creaminess, cheesiness, and pure indulgence. But it’s also got a few flavorful touches to take it over the edge.

Vegetables – onions + scallions, brussels sprouts, and kale – caramelized separately so that they have room to develop a nice brown color and slightly crisp exterior. The brussels sprouts are flavored with a little bit of lemon for a bright pop in the dish.

Plus, the brussels sprouts + other vegetables are cooked in bacon fat…so lots of rich flavor added in. 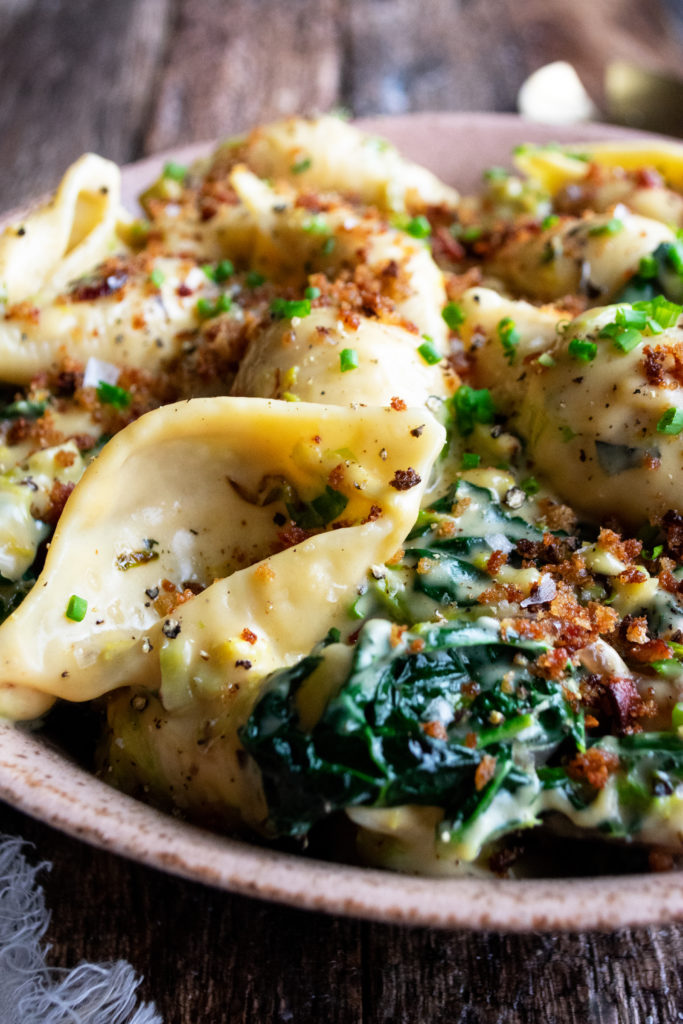 Once the vegetables are cooked, you’ll want to make the breadcrumbs and cook the pasta before you start the sauce. The cheddar sauce comes together rather quickly, so it’s good to have everything ready to go. The breadcrumbs are basically a combo of bacon and whatever fresh bread you want to use, pulsed up into coarse crumbs, and pan-fried in oil until golden and crisp. The perfect topping for the creamy mac and cheese.

For the pasta, I’m using these gigantic shells that I found at Whole Foods called “conchiglioni”. The sauce clings to the shells and truly fills them so that you have these bites of saucy-filled pasta that is SUCH an amazing texture.

The mac and cheese sauce is simple enough – butter, flour, milk, cheddar – and gets whisked up until smooth and creamy. Fold all of the caramelized vegetables back in, top with a heaping spoonful of bacon breadcrumbs, and you’ve got the BEST mac and cheese for any occasion. I for one will be eating it this weekend with leftover Valentine’s Day chocolate mousse for dessert! 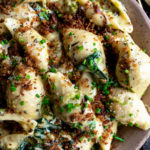 a decadent and flavorful mac and cheese with brussels sprouts, kale, onions + scallion…tossed in a creamy cheddar sauce & topped with crispy bacon breadcrumbs 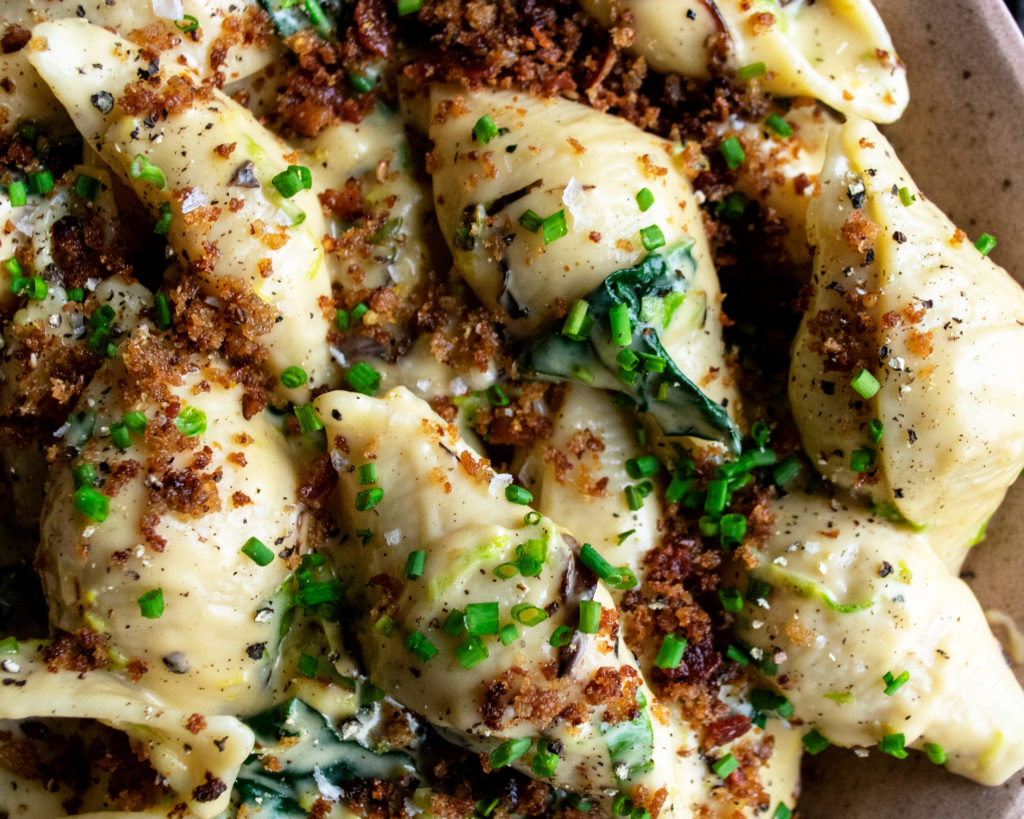 3 thoughts on “Mac and Cheese with Brussels Sprouts & Bacon Breadcrumbs”