Happy St. Patrick’s day! There’s no better way to celebrate than with a big slice of Irish cream cheesecake, topped with a thin layer of Irish whipped cream and silky caramel…PLUS the most amazing walnut streusel crust. 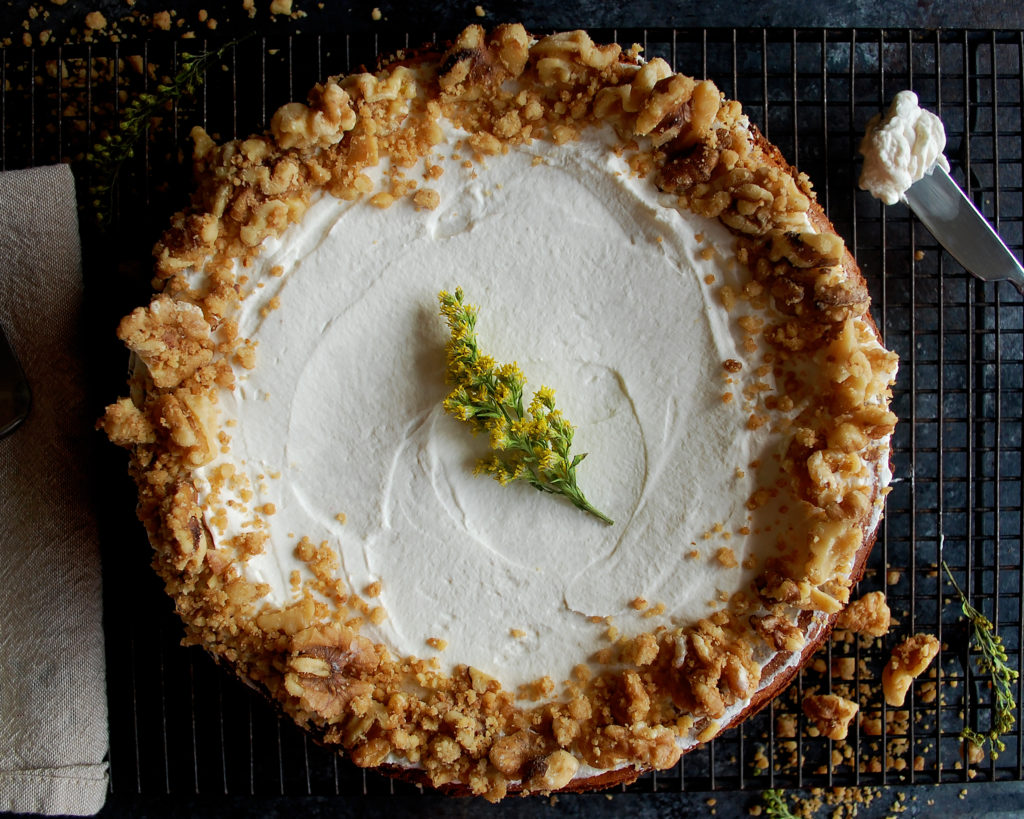 For the longest time, I’ve been hearing how amazing my Nana’s cheesecake is. My dad has been insisting I make it, so I finally found the perfect occasion. I wanted to do some sort of dessert for St. Patrick’s day using Bailey’s Irish Cream. The smooth texture and sweet taste just sounded perfect for incorporating into the cheesecake. 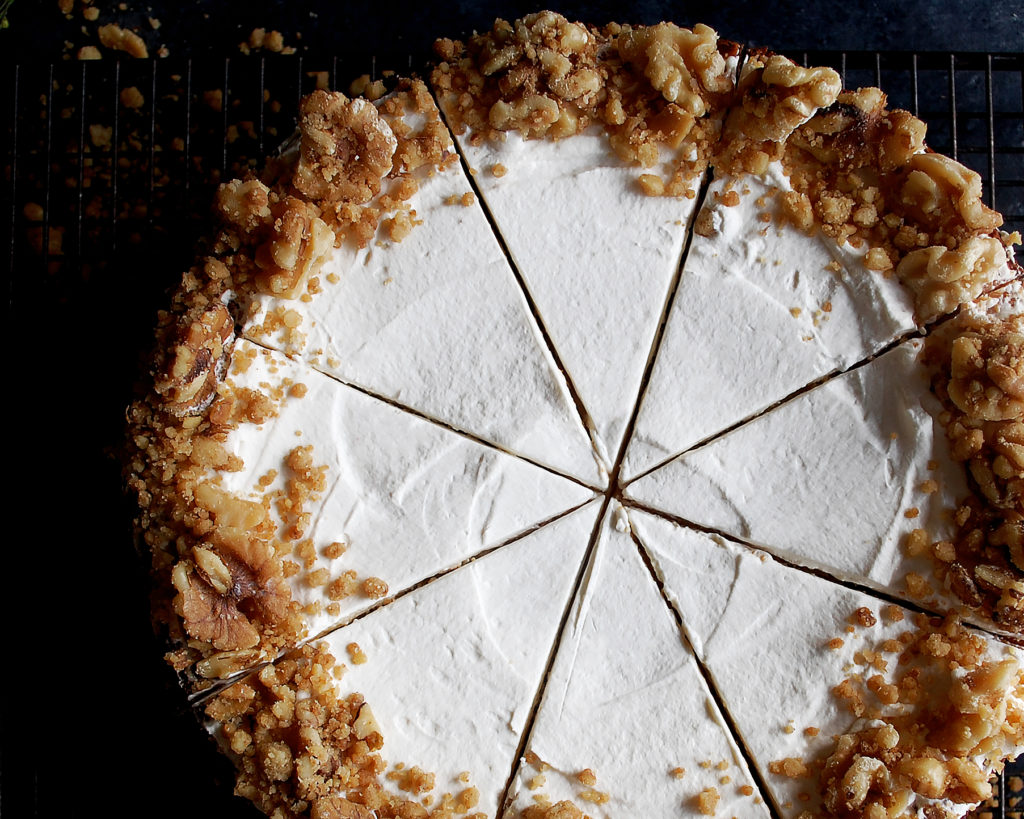 Now this cheesecake isn’t quite like the traditional New York cheesecake we are used to. But let me tell you…this recipe will become your new favorite. It is SO simple to make. And has such a unique taste and texture. And the crust! It is one of the best things. I am pretty biased to any type of shortbread (flour + sugar + butter), and this walnut streusel crust is basically just a walnut shortbread. The texture of it is so dense and buttery, and the walnuts add some extra texture plus a wonderful nutty flavor. It’s the perfect base for the cream cheese mixture, which is easy as anything to whip up. I add a little bit of the Irish cream straight into the mixture. The flavor isn’t too strong, but just enough to get that creamy, rich taste. 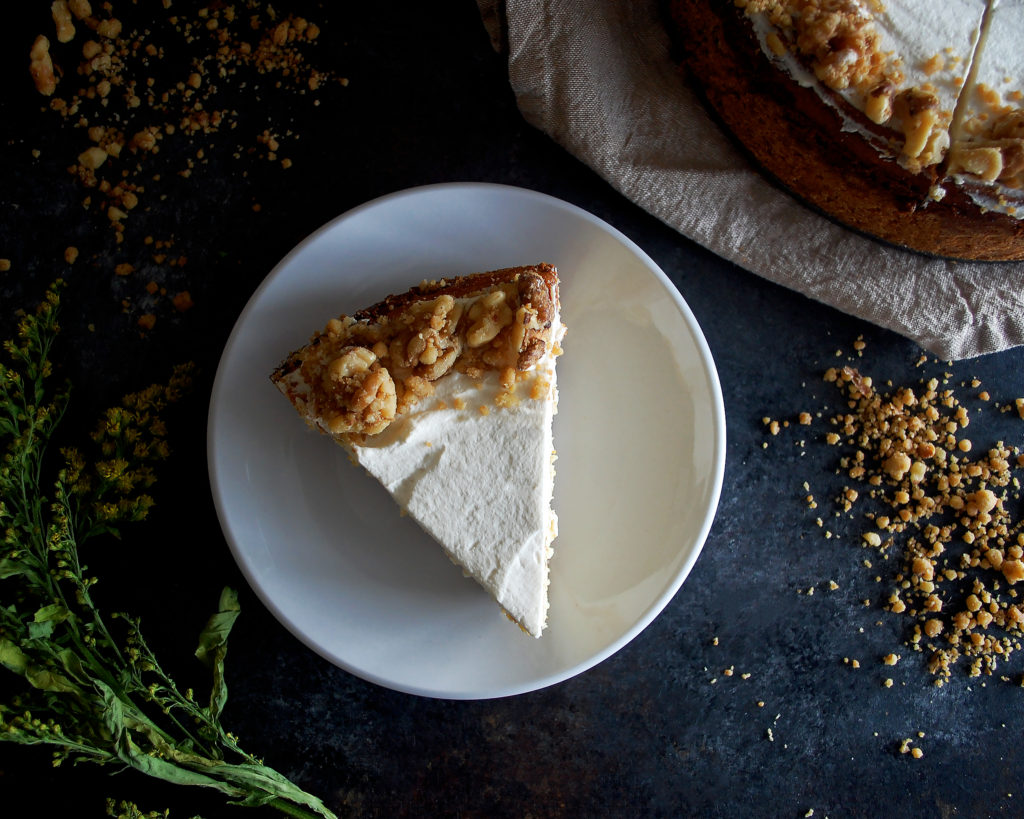 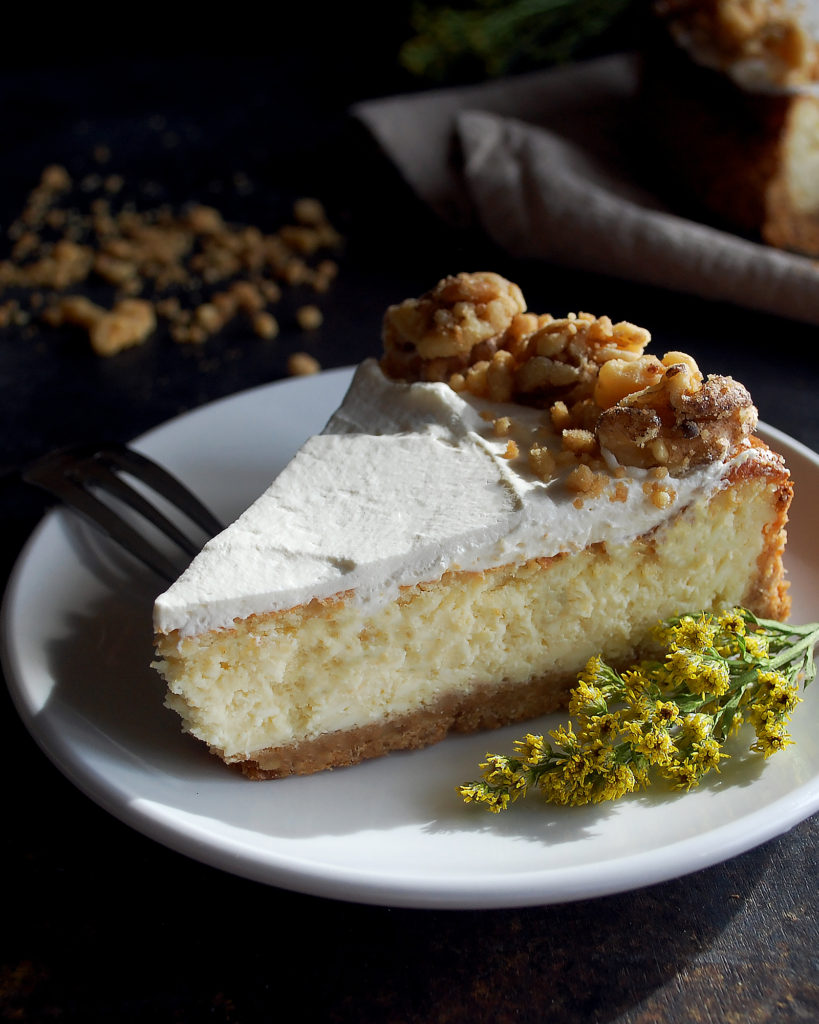 The key to making this cheesecake is baking it properly. I took my nana’s base recipe and doubled it so that the cheesecake layer was extra thick. That meant that I needed to adjust the cooking temperature and time (I tested 3 different cheesecakes before getting this right). The magic combo ended up being 300 degrees for almost 2 hours in a water bath. The water bath was crucial for cooking the cheesecake evenly and preventing it from curdling. In order to make sure the water from the water bath doesn’t leak through the spring-form pan and make the crust soggy, simply wrap the bottom half of the pan with a layer of plastic wrap and then a layer of foil. That will keep the crust crisp and the cheesecake perfectly cooked. 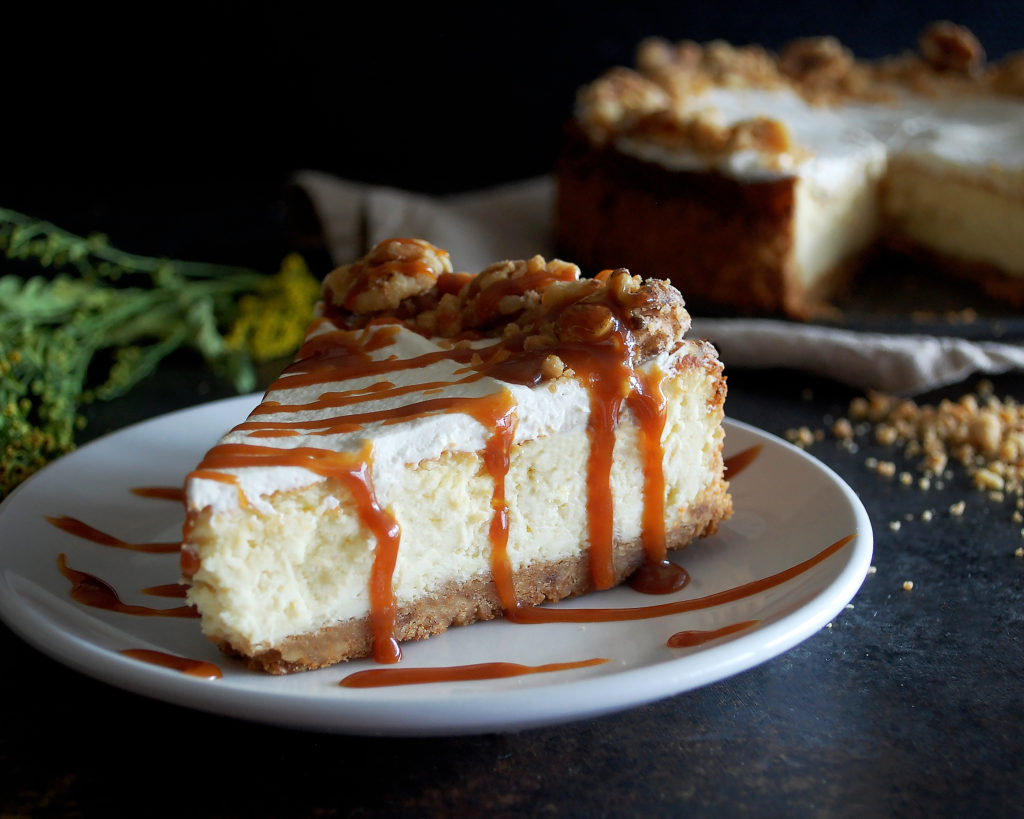 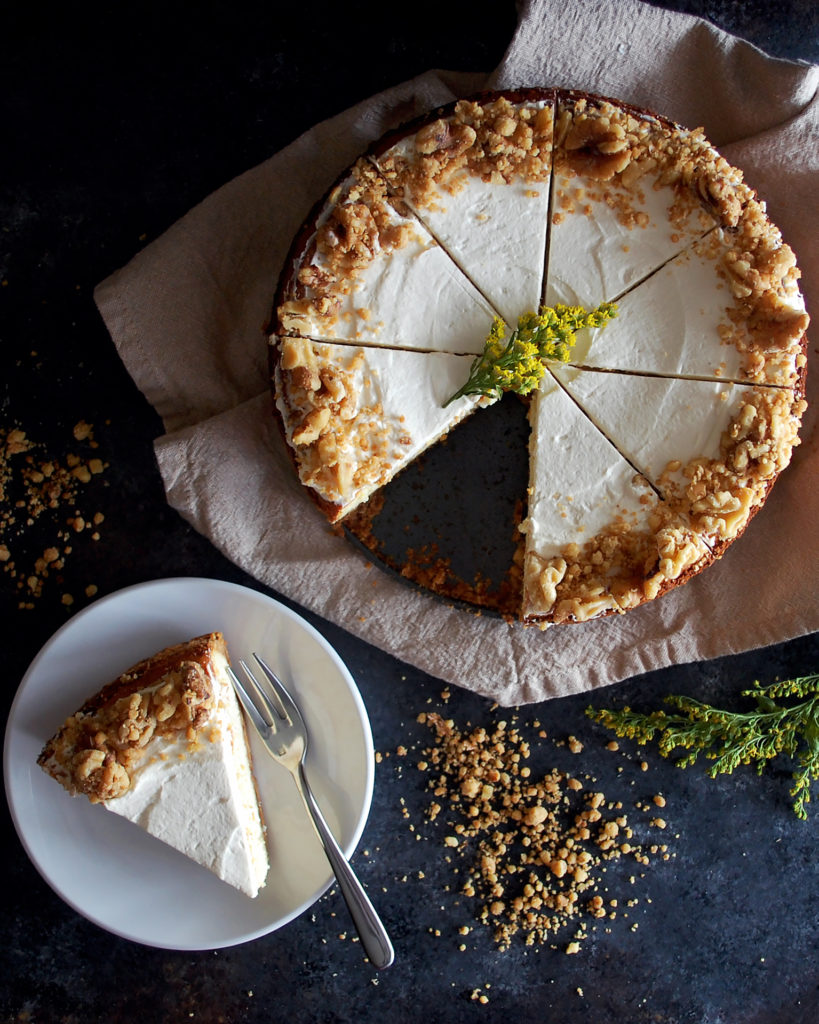 Once the cheesecake is cooled, I spread a thin layer of Irish whipped cream on top. I then add a walnut streusel crumble around the edge. I make this just by taking some of the leftover raw crust, crumbling it up, adding a few larger walnuts, and baking it until it’s golden brown. It’s the PERFECT topping. And to make it more special, I make a quick caramel to drizzle over the top. Super easy and gives it a great look. Enjoy! 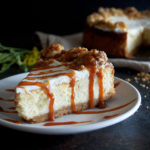 a golden carrot soup to brighten up your week✨ c

our sunday dinner is never complete without a big