St. Patrick’s Day is right around the corner, and it wouldn’t be complete without some corned beef! 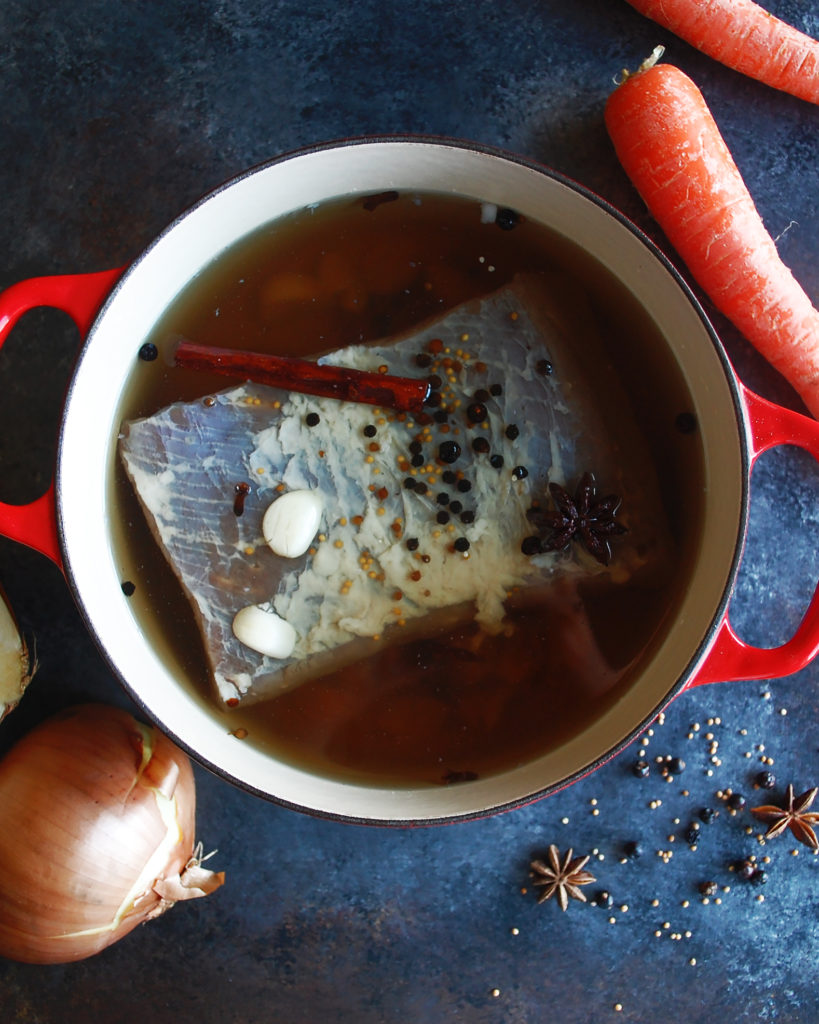 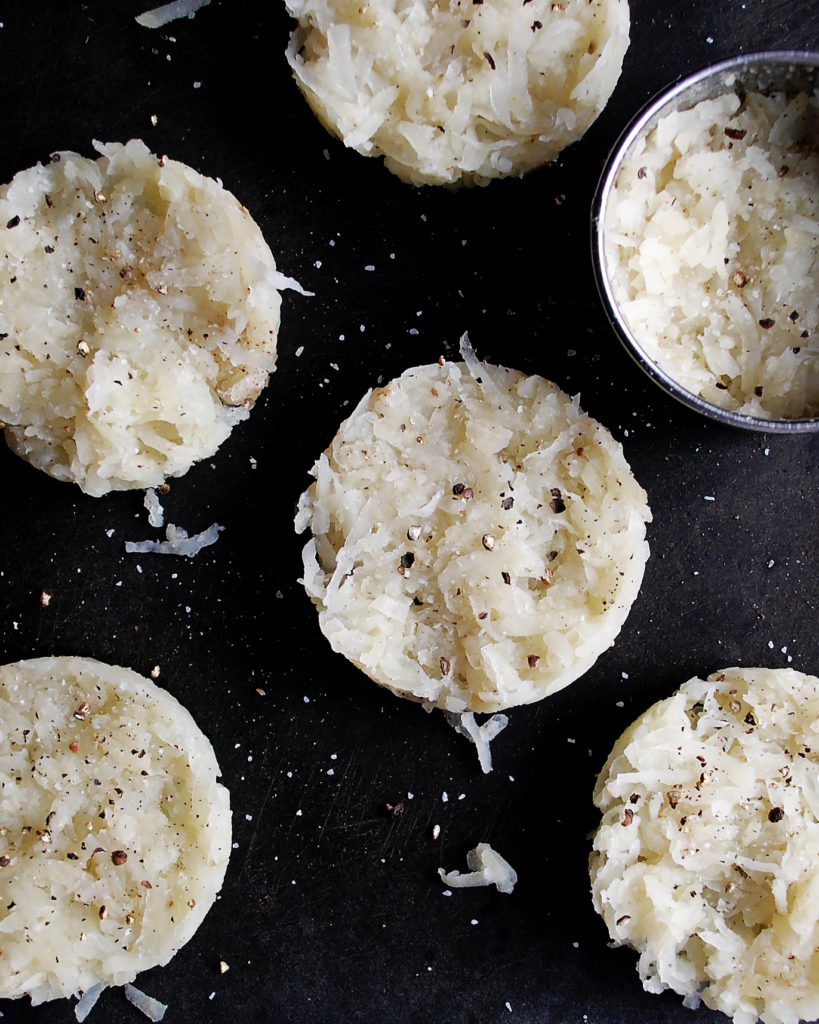 Making corned beef yourself is a much easier task than it may seem. If you can get your hands on a nice piece of brisket, and plan a few days ahead, you should be good to go. The process basically has 2 steps: brine and simmer. The brining liquid is as simple as bringing water to a boil with salt, sugar, and a bunch of different spices like cinnamon, cloves, mustard seeds, and juniper berries. Once cooled, the brisket sits in the brine for 3 days to absorb all the flavor. After that, I simmer the meat until fork tender and slice it thin. I didn’t end up searing the meat for this recipe, but I highly recommend it. The thin layer of fat melts, while the exterior of the meat creates a golden crust. Melt in your mouth goodness. 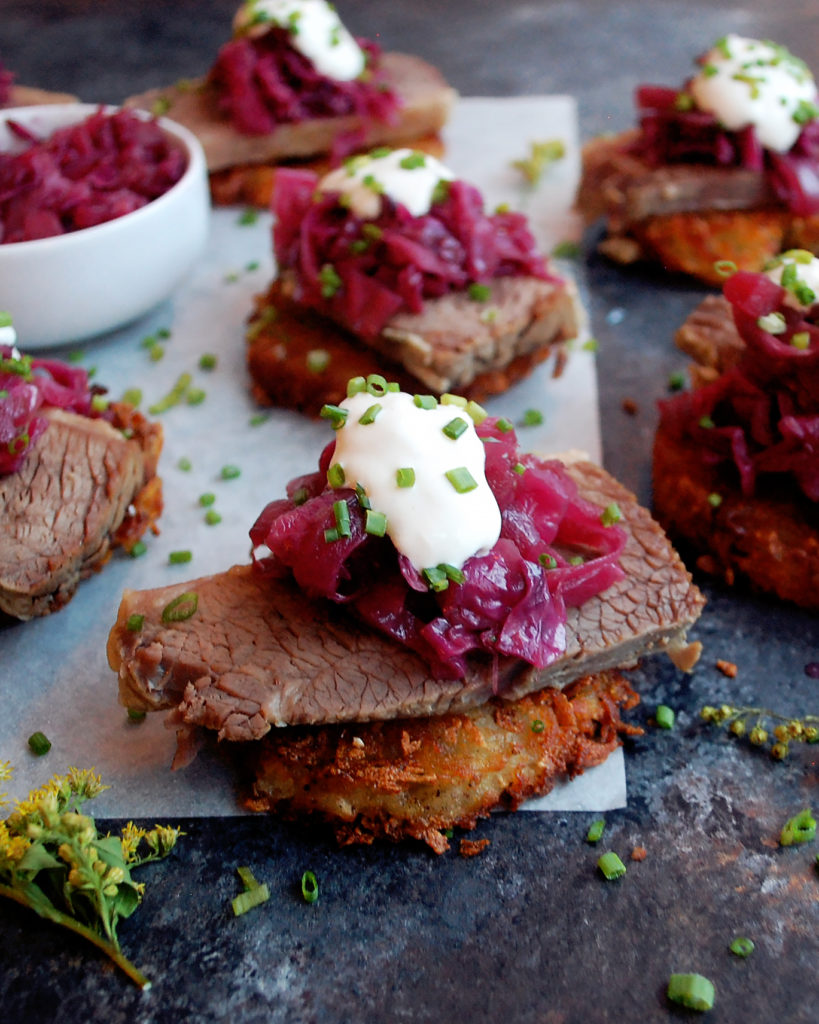 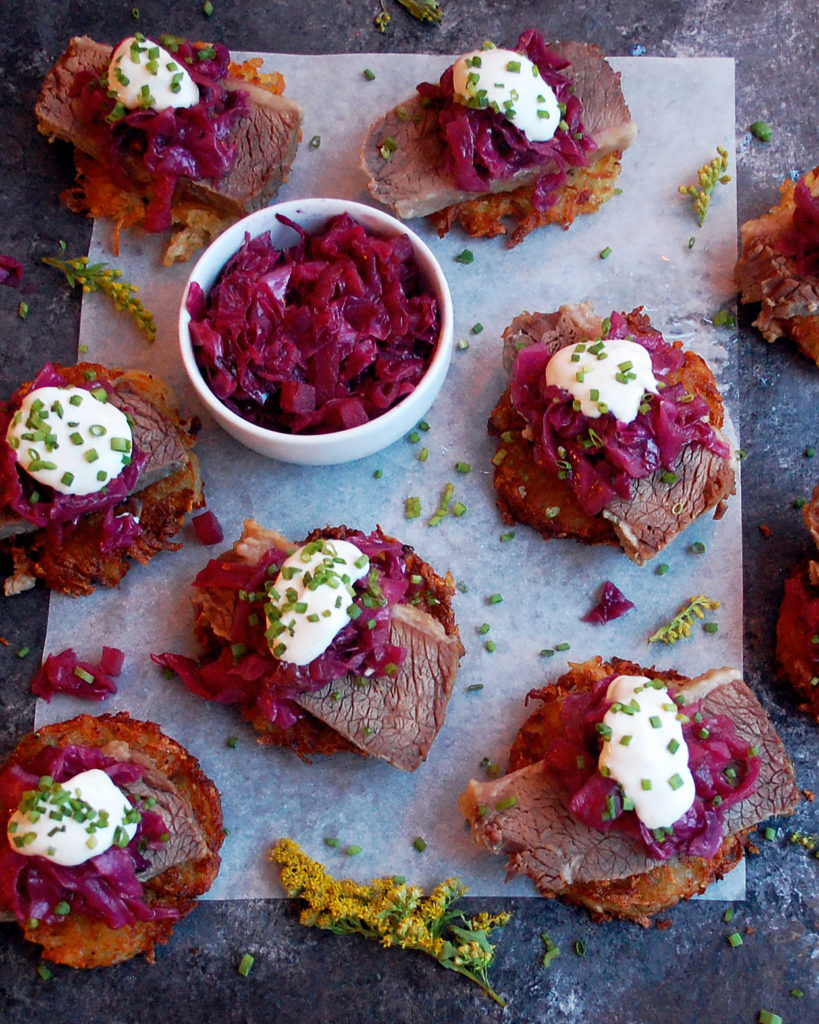 On to the cabbage. When I was at the CIA, one of the recipes we had to perfect in our fundamentals class was a basic braised cabbage. So simple, but it honestly became one of my favorite recipes. It starts with bacon fat, and ends with warm spices, vinegar, and sweet jam…all cooked down into a hearty little vegetable dish that is the perfect accompaniment for the salty corned beef. 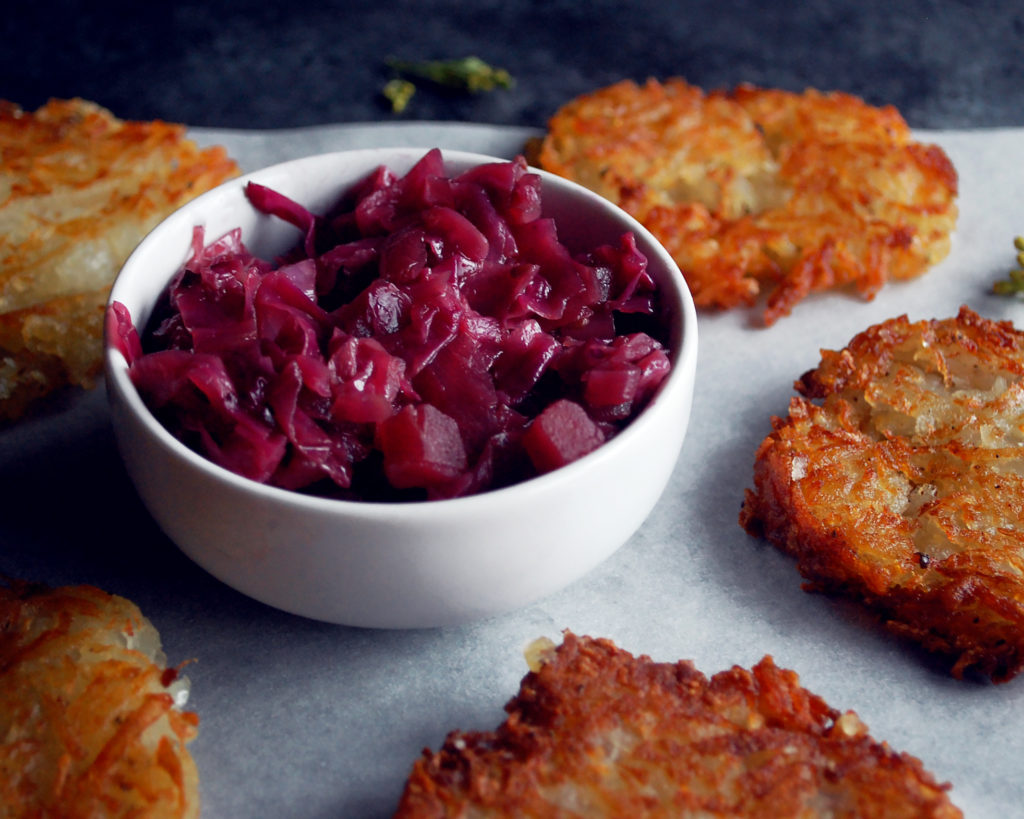 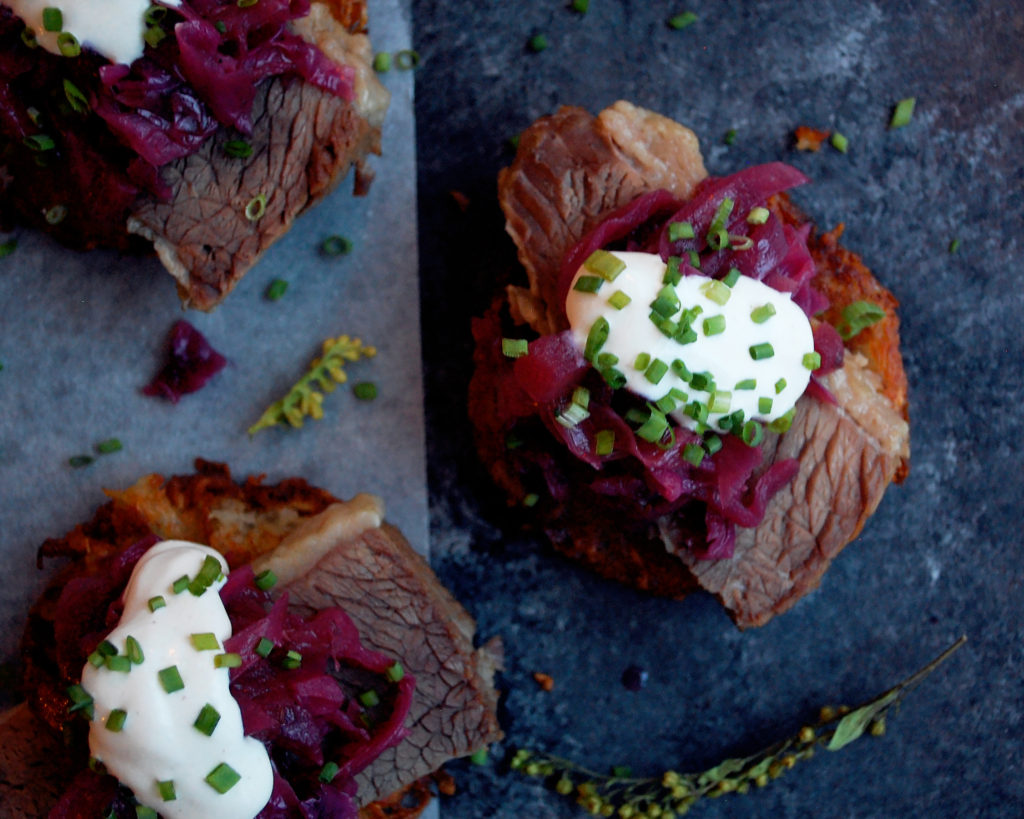 And finally, the potatoes. Just a few russet potatoes that get par-cooked and grated. The par-cooking helps them glue together and eliminates the need for eggs, flour, or anything else you would think you may need to add to a potato cake. Just straight up potatoes, salt, and black pepper…pan fried in oil until golden brown. They are the best base to pile the corned beef onto, with a spoonful of braised cabbage, a dollop of mustard crème fraiche, and a sprinkle of chives over top. It’s basically St. Patrick’s Day stacked up into the perfect couple of bites. Enjoy! 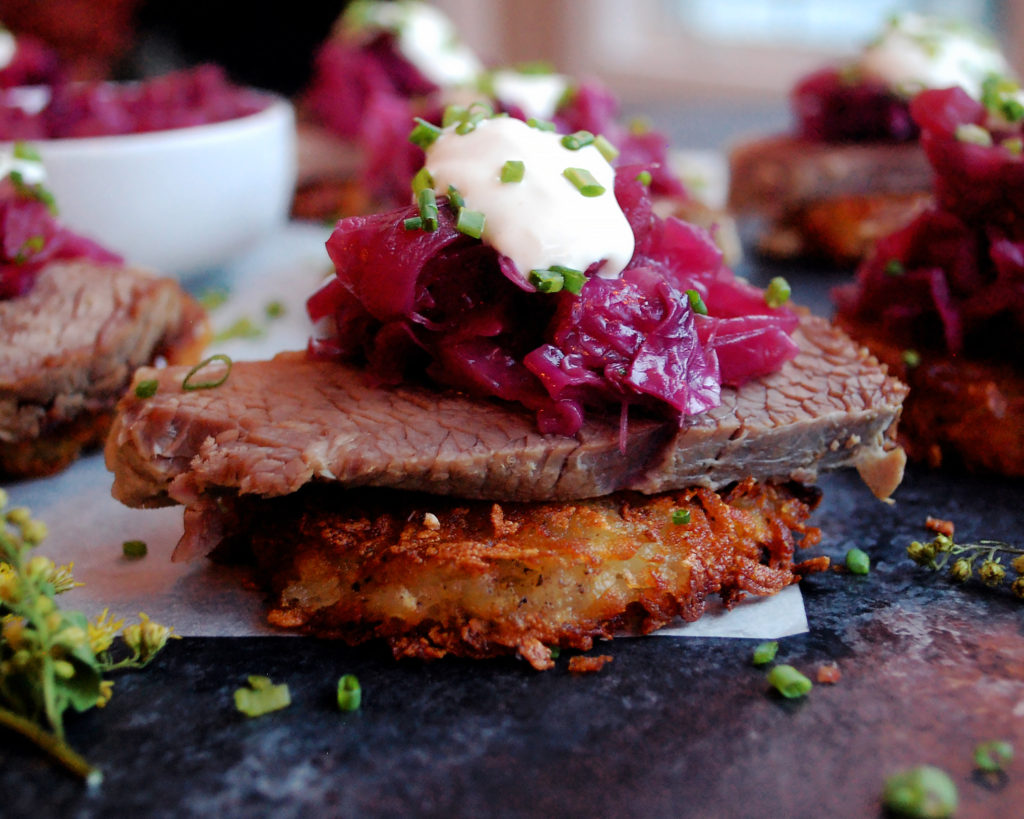 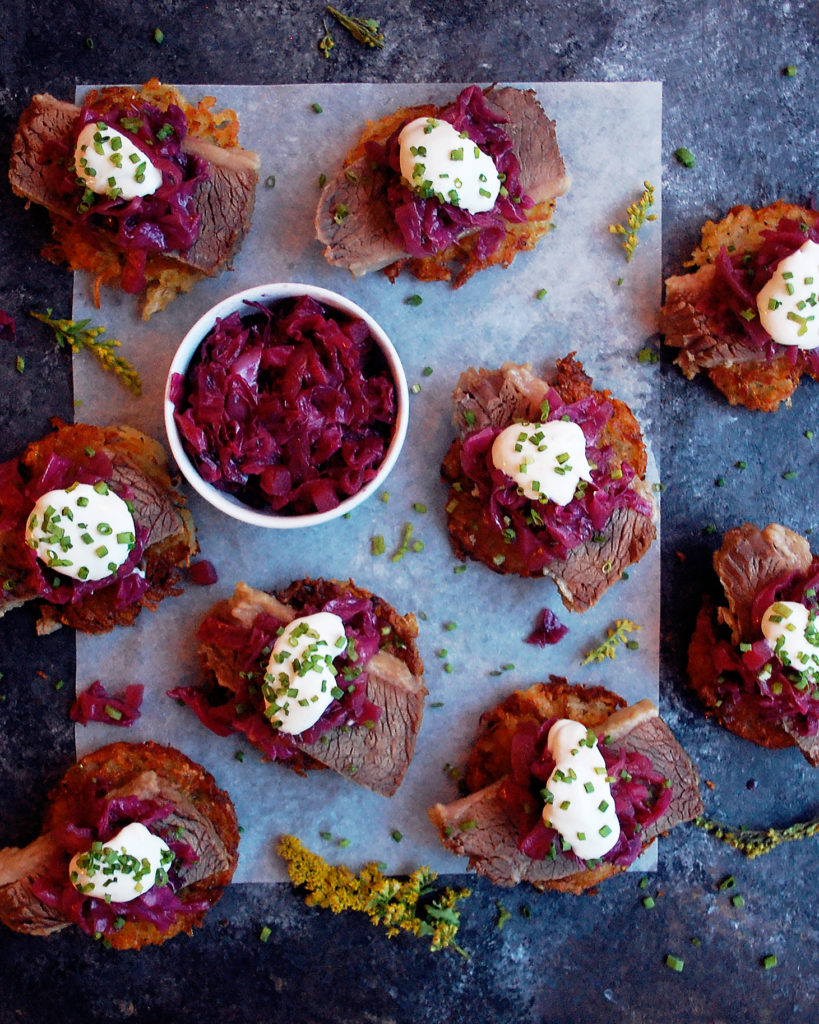 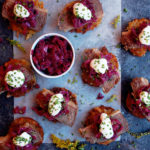