Unlike stuffing or mashed potatoes, mac and cheese isn’t a completely traditional Thanksgiving dish. But, if it’s on the table it always gets devoured…and this baked mac & cheese is definitely the one you’ll want to make. 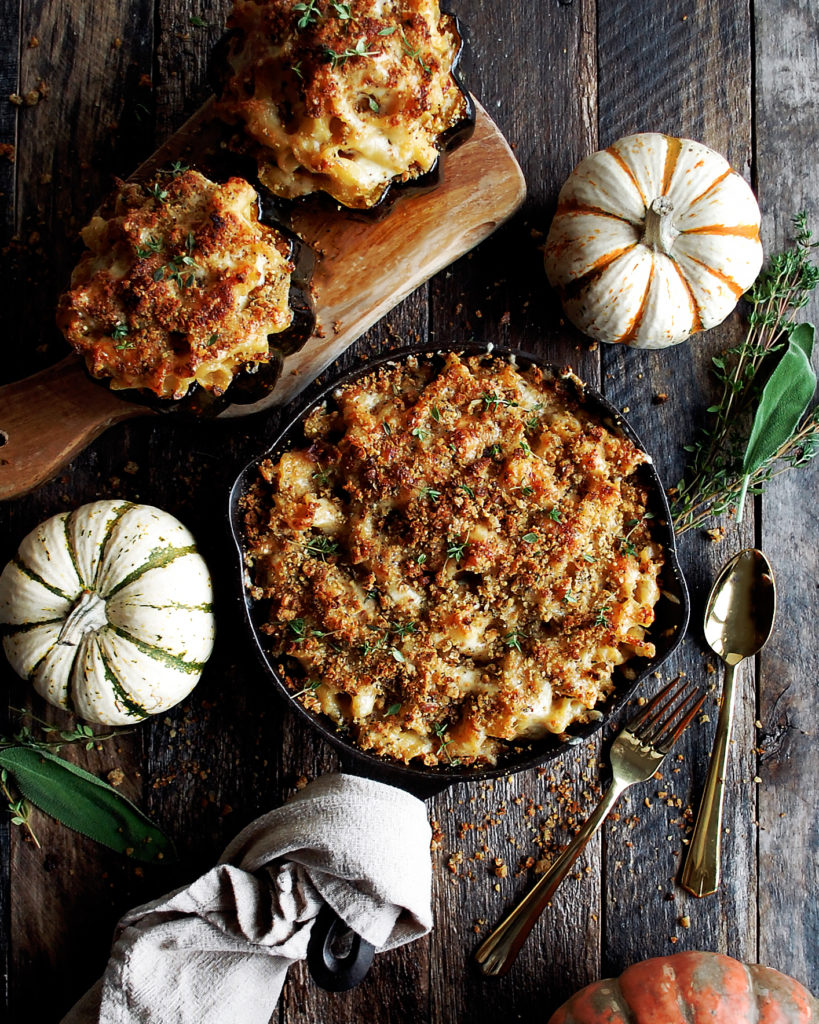 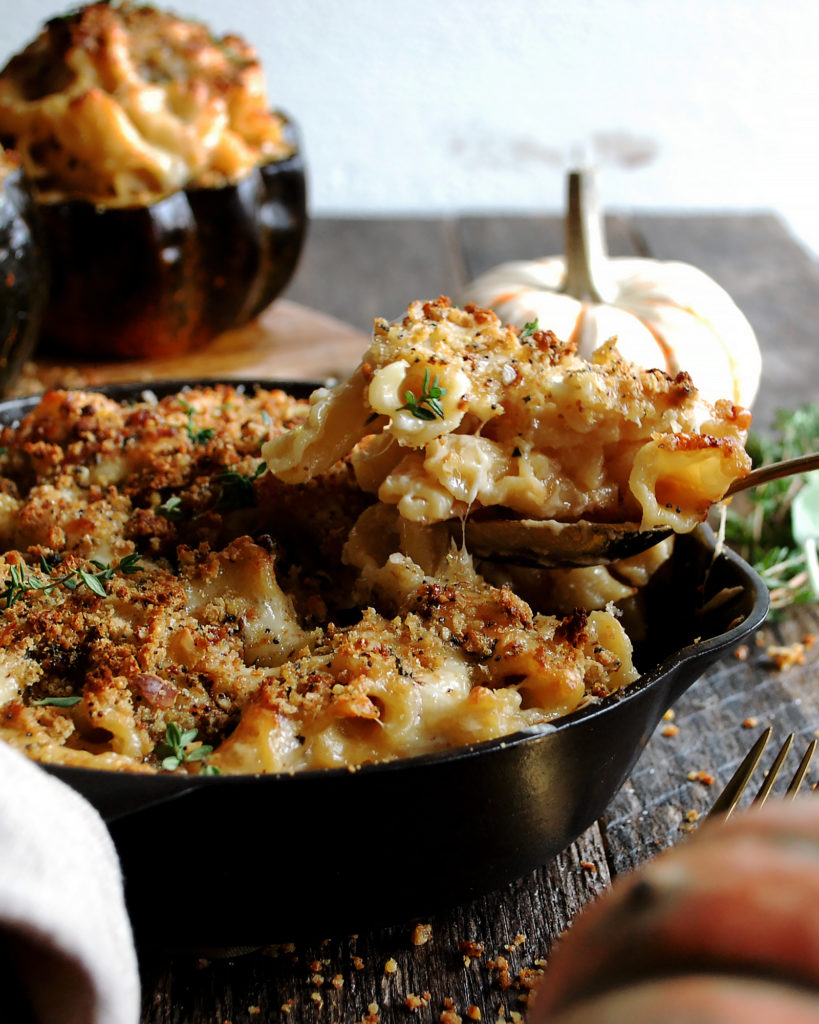 I don’t know how to describe this dish to do it justice. It seriously is that good. It’s just fall comfort food at its finest, and I don’t think you can ever go wrong with that!

The first time I made this, I used gnocchi in hopes of creating a sort of “gnocchi bake”. It was good, but I realized that the sauce just doesn’t stick to the gnocchi like it does a regular pasta (especially this campanelle pasta because of all its nooks and grooves).

So, I make it again (and ate it again) and the pasta turned it into everything I wanted… a creamy, decadent, and extremely cheese baked pasta dish. 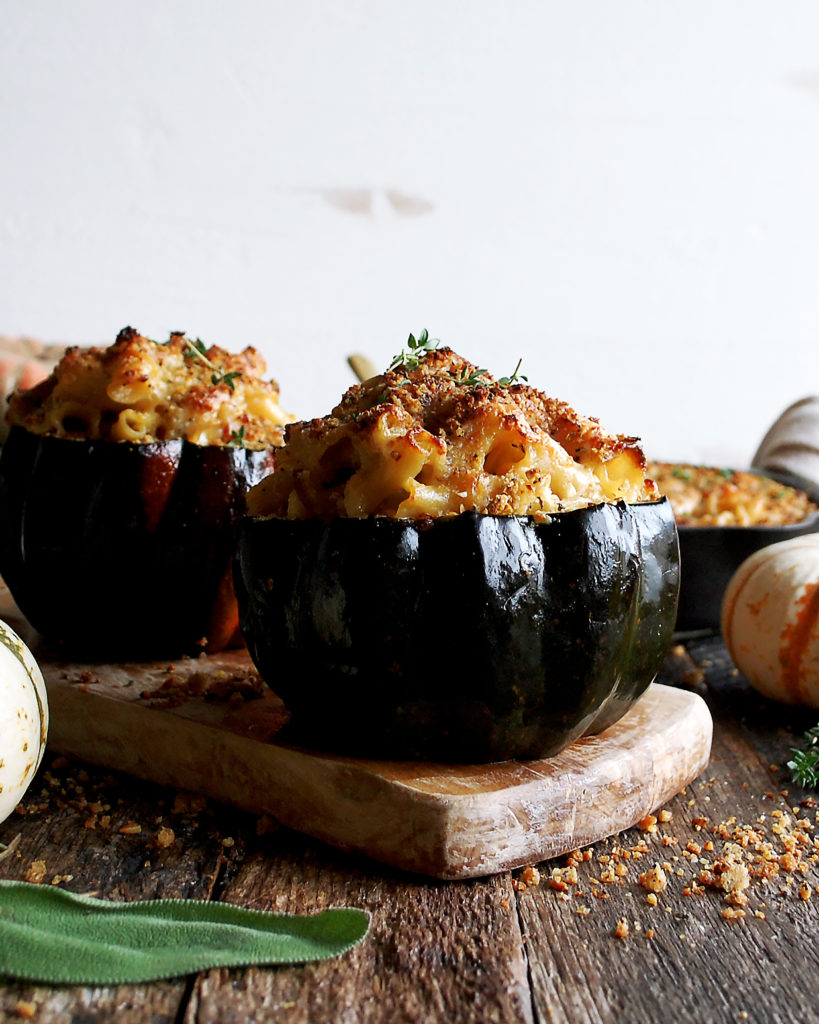 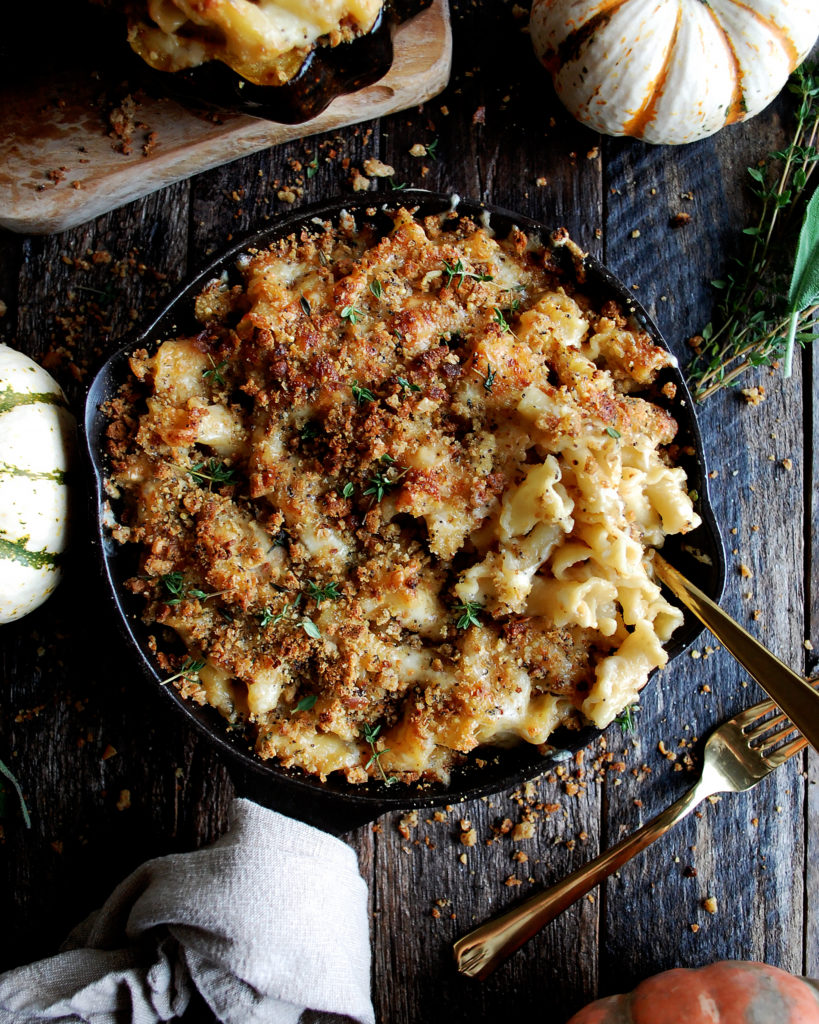 I use two cheeses for the sauce, a sharp white cheddar and a creamy fontina. And the sauce is basically just a béchamel, except I start by caramelizing onions, and I throw a few fresh sage and thyme sprigs in there for extra, hearty flavor. Plus, there’s prosciutto mixed in, too. And it is an absolute must. It adds such a salty kick which is really nice against all the creaminess.

The mac and cheese is poured into a skillet or baking dish, topped with more cheese and sage breadcrumbs, drizzled with olive oil and baked…too good! You could also roast off some acorn squashes until tender and then mound the mac and cheese into those before baking if you’re feeling extravagant. It’s a fun way to present the mac and cheese, plus it adds a layer of roasted squash with every spoonful.

Either way, I highly recommend making a big batch of this and serving it for one of your holiday parties this week (plus these brussels sprouts)! And then eating leftovers on the couch the next night… 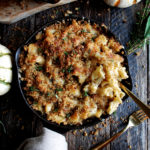 a creamy, decadent baked mac and cheese with prosciutto, breadcrumbs, and herbs

You can also roast off some acorn squashes until tender, with the seeds scooped out, and then mound the mac and cheese into the squash before baking! 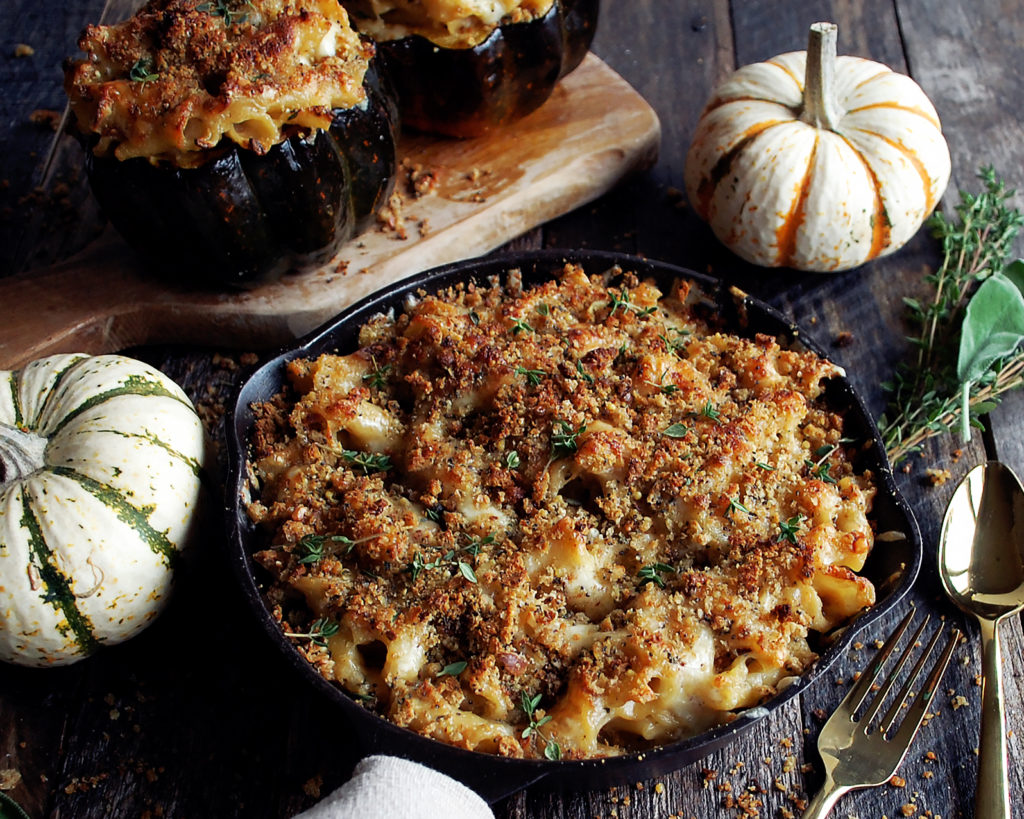