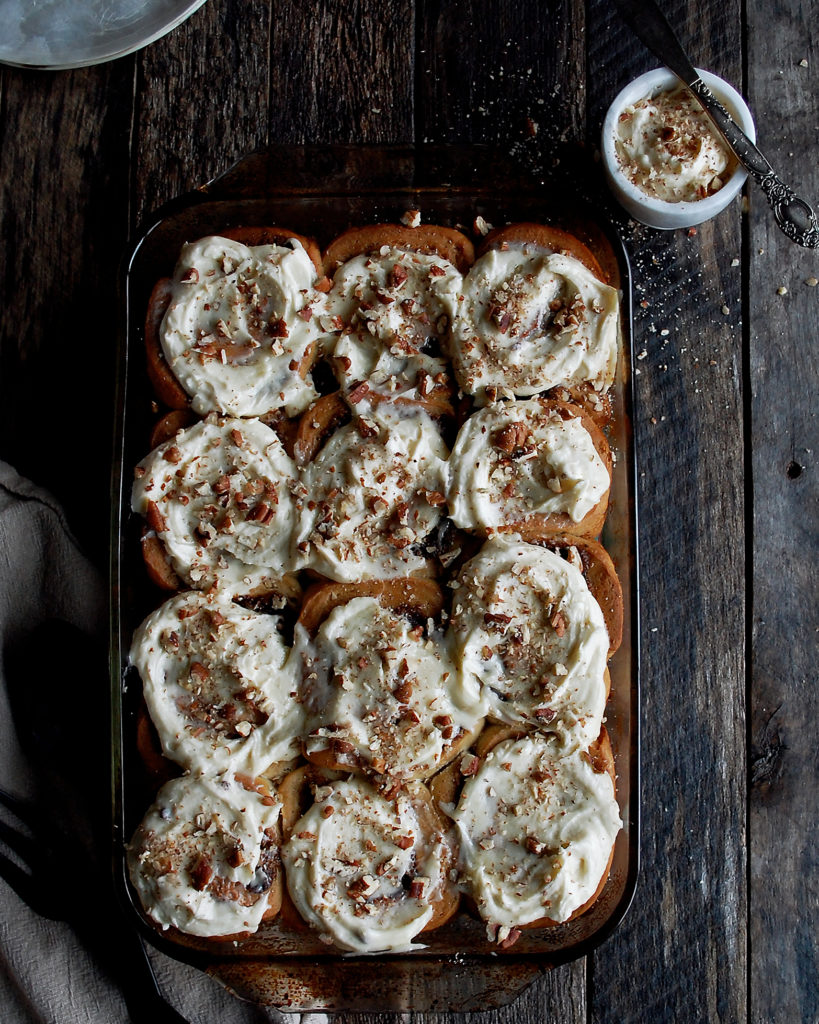 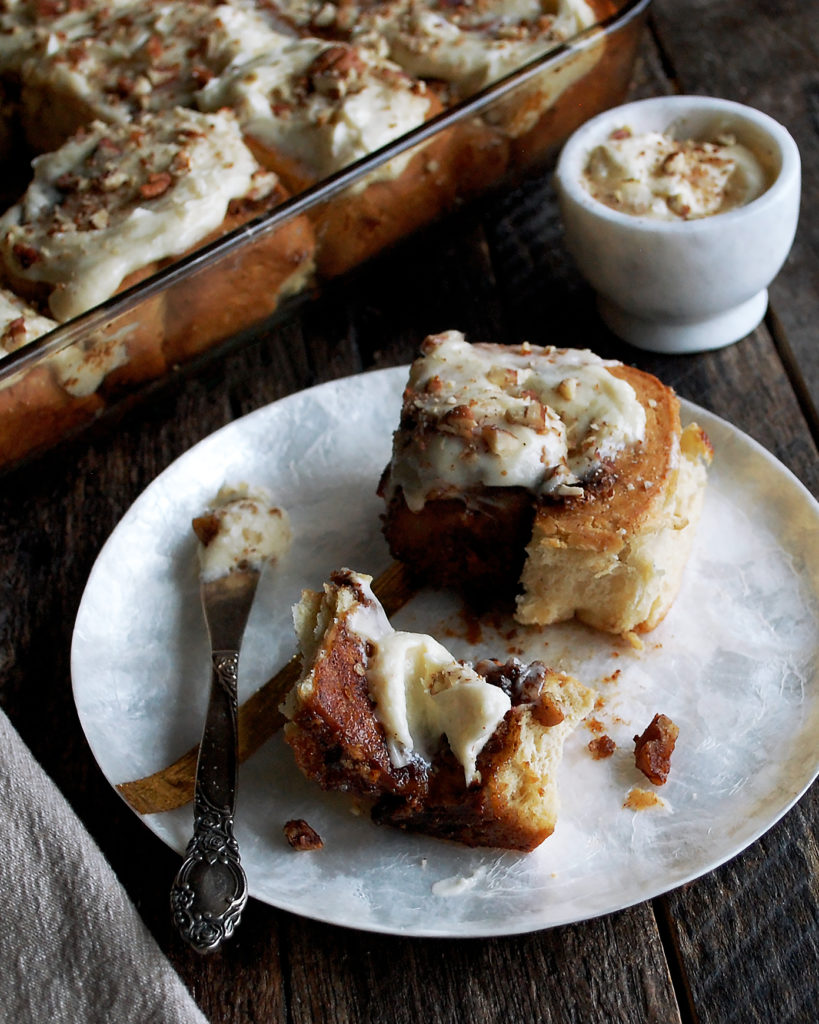 I don’t know about you, but nothing sounds better to me than a weekend of slow mornings and delicious breakfast baking.

And of course, what better thing to whip up for the ultimate comforting morning than cinnamon rolls!? These are soft, buttery, and full of delicious nutty brown butter flavor, sweet brown sugar, toasted pecans, and classic cinnamon.

Plus, a cream cheese frosting…to be slathered onto the warm cinnamon rolls as soon as they come out of the oven. YES. 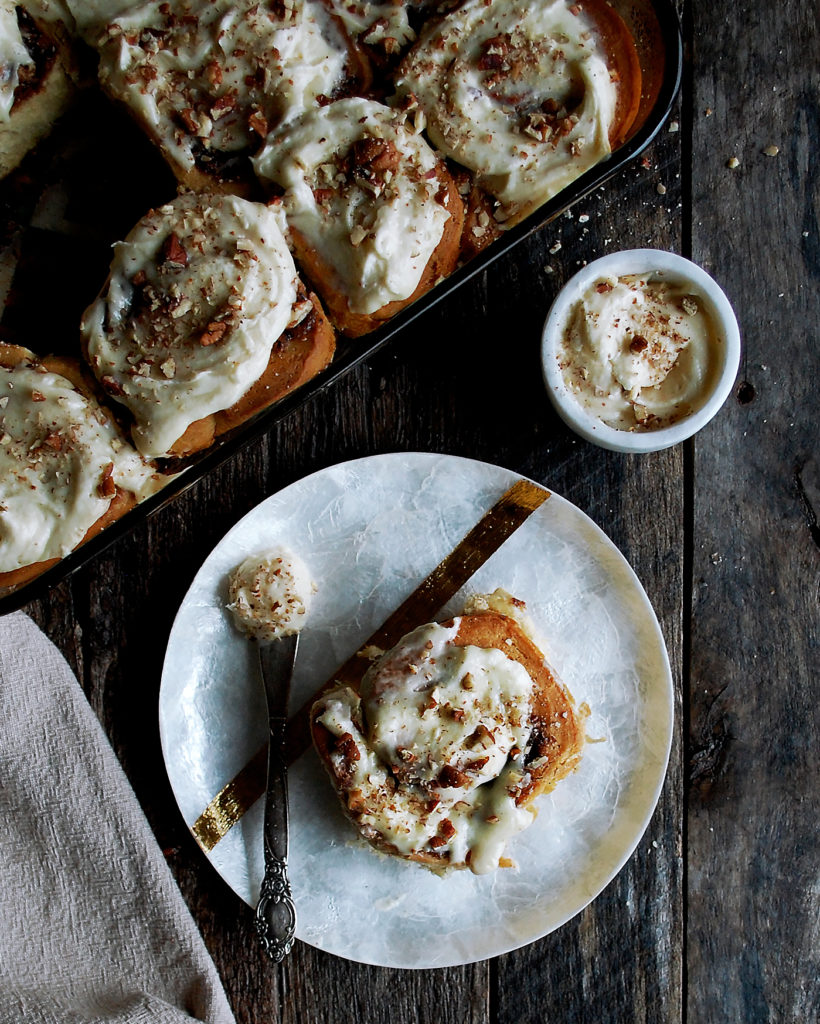 A process, yes, but totally manageable.

And the end result is so worth it. I’d highly recommend serving these alongside a frittata if you’re looking to add some protein and vegetables to your breakfast as well. Or, simply enjoy the cinnamon rolls alongside a hot cup of coffee. I couldn’t think of a better way to start the morning. 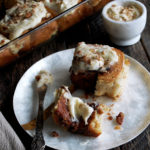 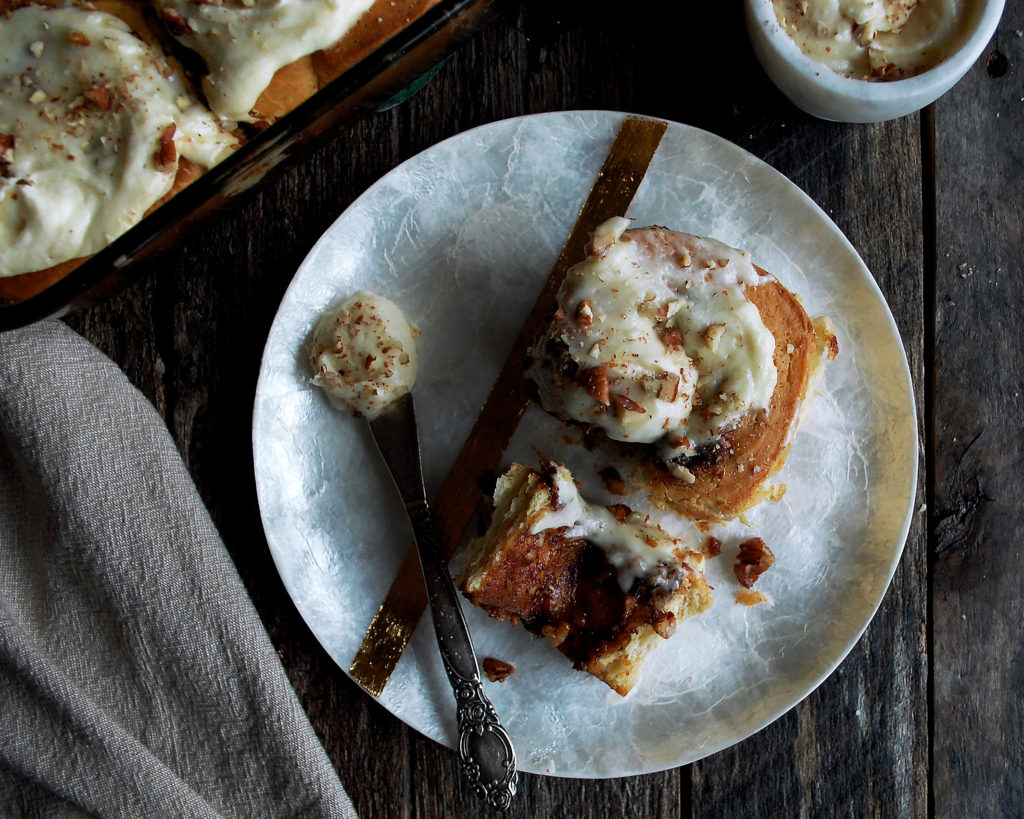