There are SO many good things I have to say about this arugula salad. It’s intriguing and quite unique – full of shaved fennel and celery, sharp crumbles of manchego cheese, briny olives, a sweet pomegranate vinaigrette, and a wildly delicious mixture of harissa-spiced chickpeas + pecans + juicy golden raisins. It’s got a middle eastern vibe and is perfect for any dinner party or meal at home. 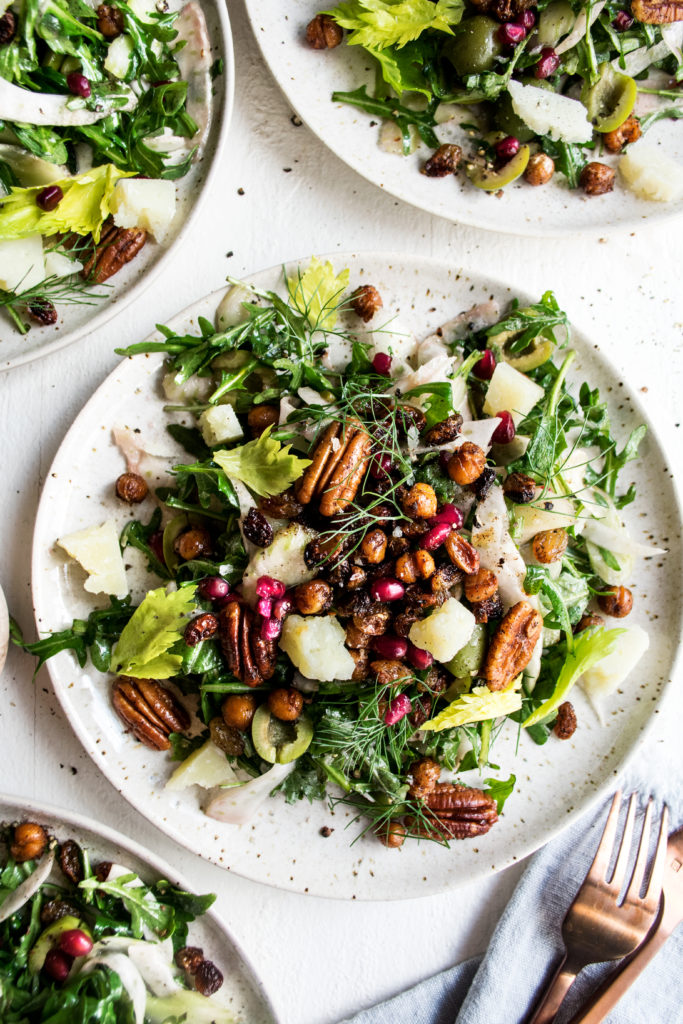 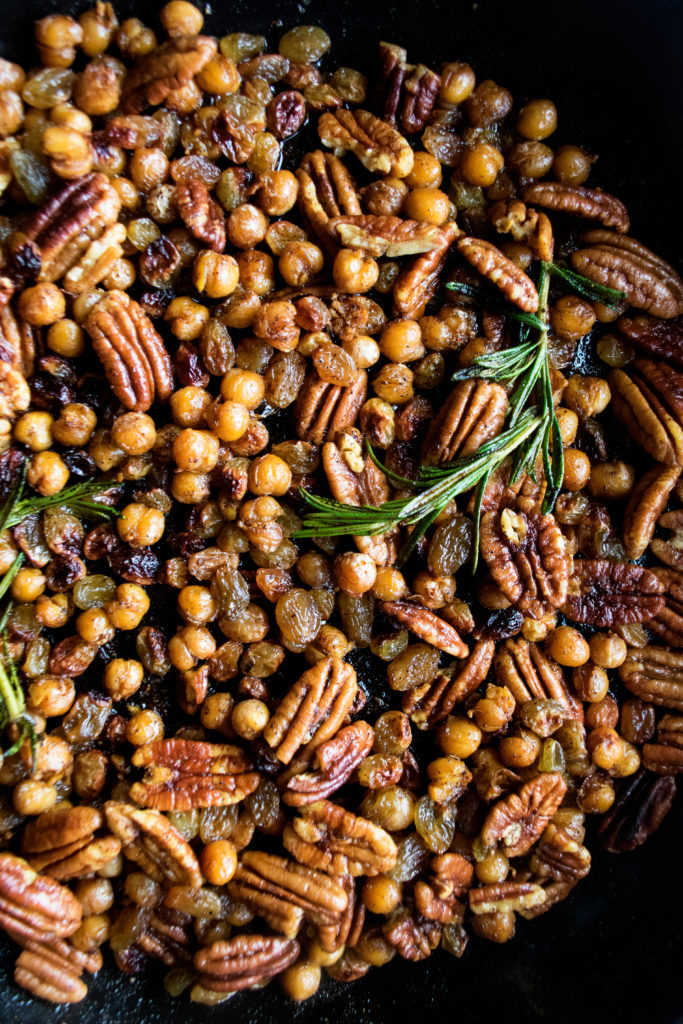 Say hello to the arugula salad I will be making on repeat for months and months to come. It’s a salad that started with the simple idea of arugula and fennel. As I sat on it for a bit, I kept adding layers of flavor and texture in my mind that I thought would work really well together. By the time I actually got in the kitchen and started to put it all together, I was so excited by how good it could be, but also nervous that it just wouldn’t translate to the plate like I envisioned.

But it absolutely, without a doubt did…and actually it turned out a little bit better than I even imagined.

all the details of this wildly delicious arugula salad…

So this salad of course starts off with arugula. I buy baby arugula which is curly, slightly crunchy, and has a nice peppery bite to it. Then there’s the shaved fennel and celery for a really crisp, refreshing crunch. I peeled and thinly sliced the celery and used a mandolin for the fennel. If you don’t have a mandolin, I could not recommend it more. It’s the best and easiest way to shave vegetables really thin, which I do all the time for salads, slaws, toppings, etc.

Moving on to the manchego cheese and castelvetrano olives. Two very distinct ingredients that both lend their unique flavor and texture to the arugula salad. And lastly, there’s this harissa-spiced chickpea mixture that adds a huge flavor punch that is so unexpected for a salad…and it’s BEYOND good.

Chickpeas sizzled in olive oil until golden and crisp with a sprig of rosemary to infuse warming, woodsy flavor. Pecans added for nuttiness (and when pecans fry in olive oil they are addictingly good) and golden raises for a sweet, juicy bite. And then a powerful dash of ground harissa – a combo of paprika, caraway, chili pepper, cayenne, coriander, cumin, garlic, peppermint, and salt – to spice everything up. It adds just the right amount of heat.

Since we have that very flavorful crispy chickpea topping, I wanted the vinaigrette for this arugula salad to be sweet and simple. A pomegranate vinaigrette sounded perfect. Especially to tie in with the middle eastern flavors we have going on.

The result of all these different ingredients is a salad like no other – one that’s bursting with bold flavor and interesting texture. Serve it for dinner alongside these moroccan meatballs or even serve it for brunch with these baked eggs.

It’s definitely a new favorite of mine, and I hope it becomes one of yours, too! 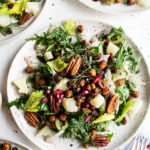 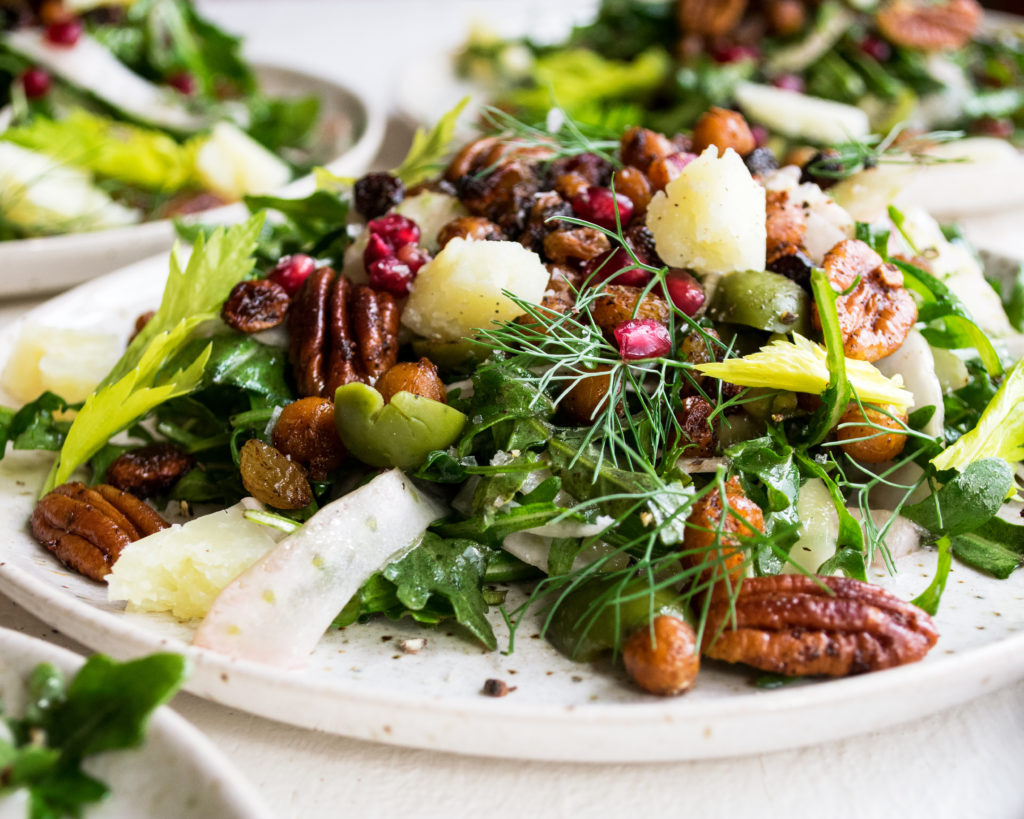