A simple summer chicken recipe to easily whip up any night of the week when you’re craving something light and healthy: grilled chicken with garden panzanella. The chicken is marinated in a simple mix of olive oil, lemon, and garlic…then grilled until charred and juicy. Served with a panzanella salad full of garden vegetables, charred bread, vinegar, and basil. It’s one of those recipes you can make over and over again all summer long. 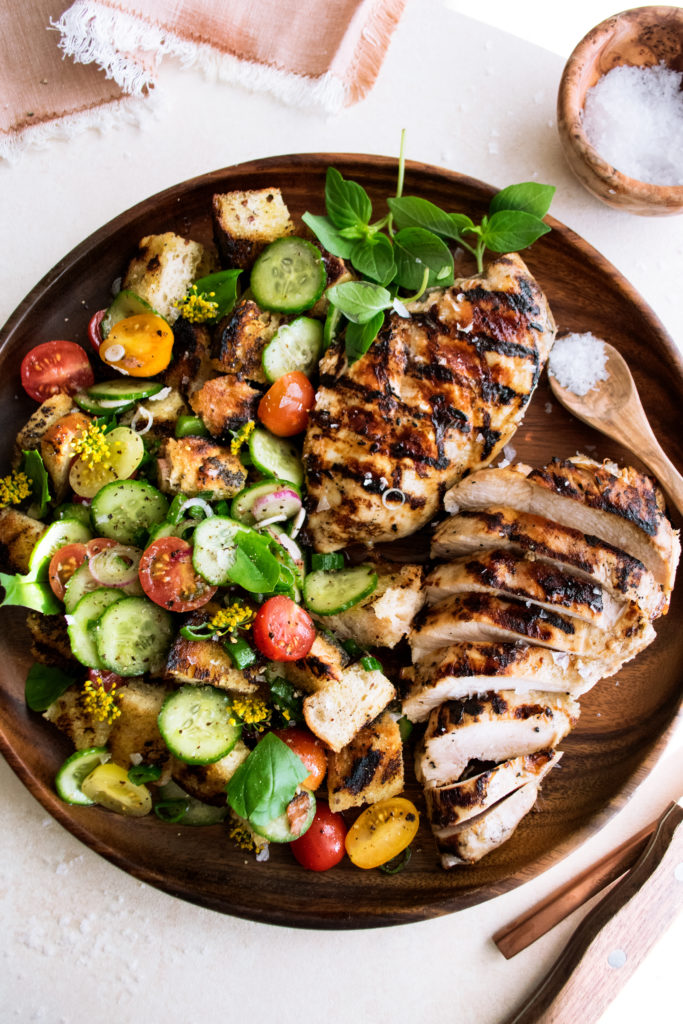 After a long day of testing lots of summer desserts (very excited to bring them to the blog soon), I needed a quick & healthy meal. I threw some chicken I had on hand in a quick marinade, mixed up a panzanella salad with what I had on hand, grilled the chicken, and called it dinner.

I loved the flavors and how quickly it all came together too much not to share. I know a lot of you are looking for weeknight dinners, so figured this would be the perfect recipe to have in your back pocket! 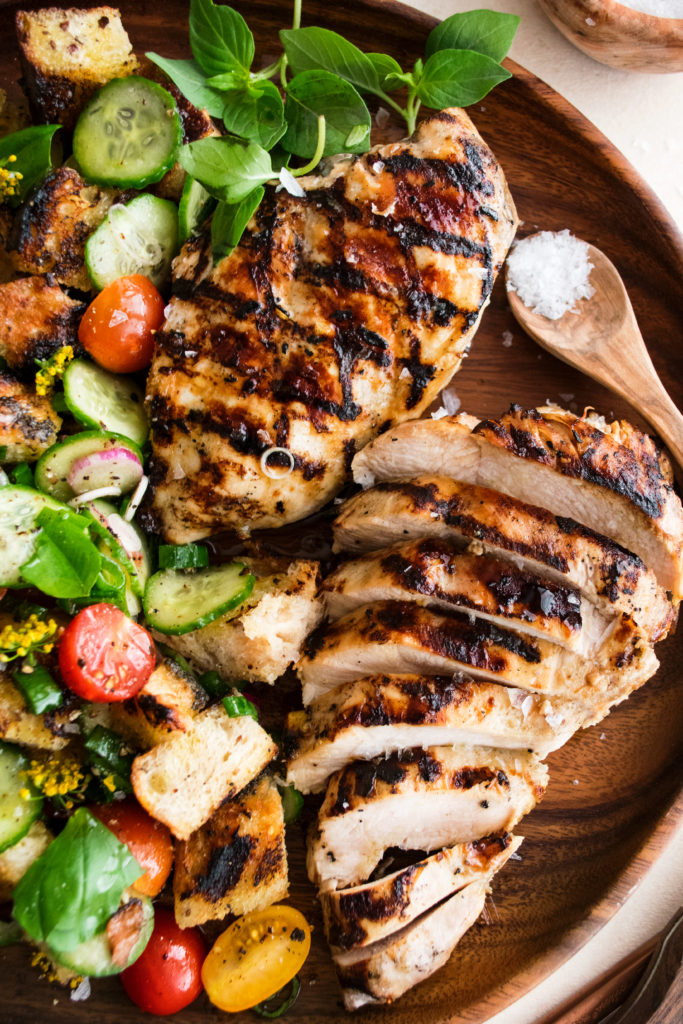 The beauty of this chicken is that after just 1 hour of marinating with olive oil, lemon juice, garlic, kosher salt, and freshly cracked black pepper, it’s ready to go. You of course could marinate it longer, but I think one hour gives it just enough time to soak in the flavor. After grilling, the chicken is juicy and tender, with hints of lemon and garlic.

If you haven’t heard of panzanella, it’s a traditional Tuscan salad with the main base ingredients being stale bread, onions, and tomatoes…usually flavored with olive oil and vinegar. I’ve added some cucumbers to mine, plus lots of fresh basil from the garden, and subbed charred bread instead. Since the grill is going for the chicken, there’s nothing better than throwing a couple slices of crusty bread onto the flames for a nice smoky flavor. Such a great addition to the fresh summery salad.

I’d say this is the perfect light weeknight dinner. If you want to serve something alongside, I’d suggest this corn chowder. And maybe an almond peach crisp for dessert to complete the summer feast! 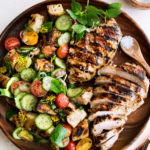 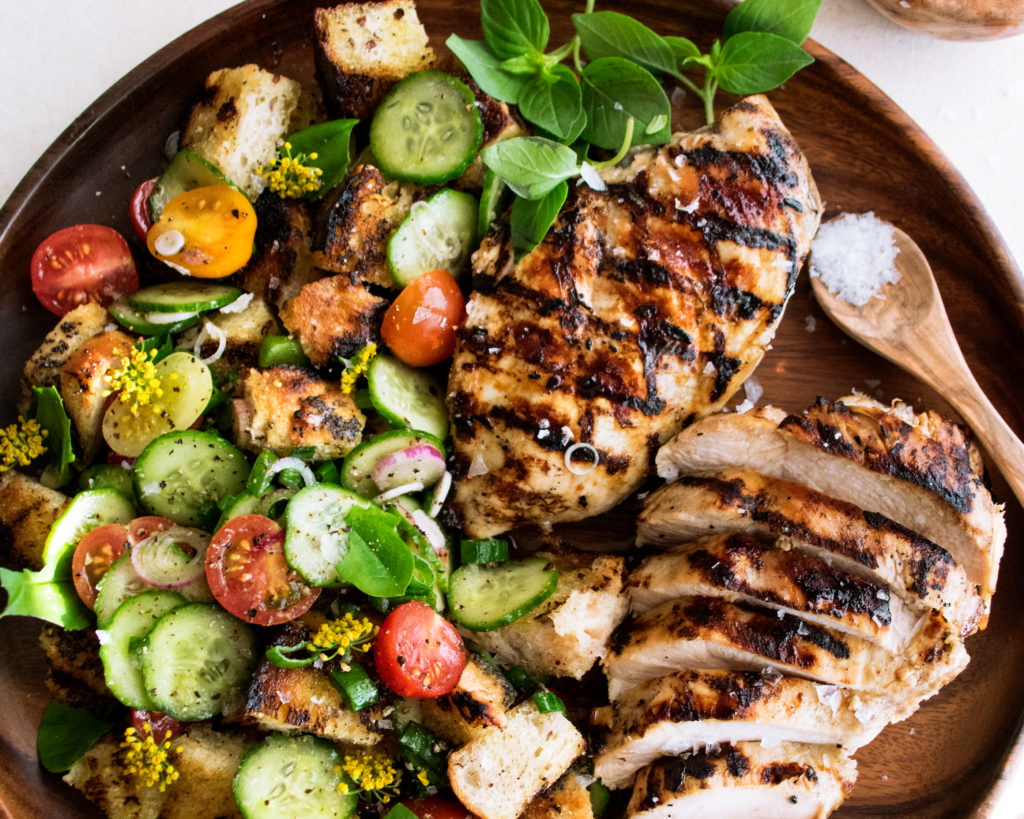