An irresistible side dish to serve alongside all your summer mains – loaded smashed potatoes with bacon & parmesan. Potatoes boiled until tender, smashed, and then baked (or pan-fried) until crisp, topped with a simple sour cream sauce, crispy bacon, lots of scallions + chives, and a very generous sprinkling of freshly grated parmesan cheese. You get a little bit of everything in each bite, with all the rich flavors of a loaded baked potato! 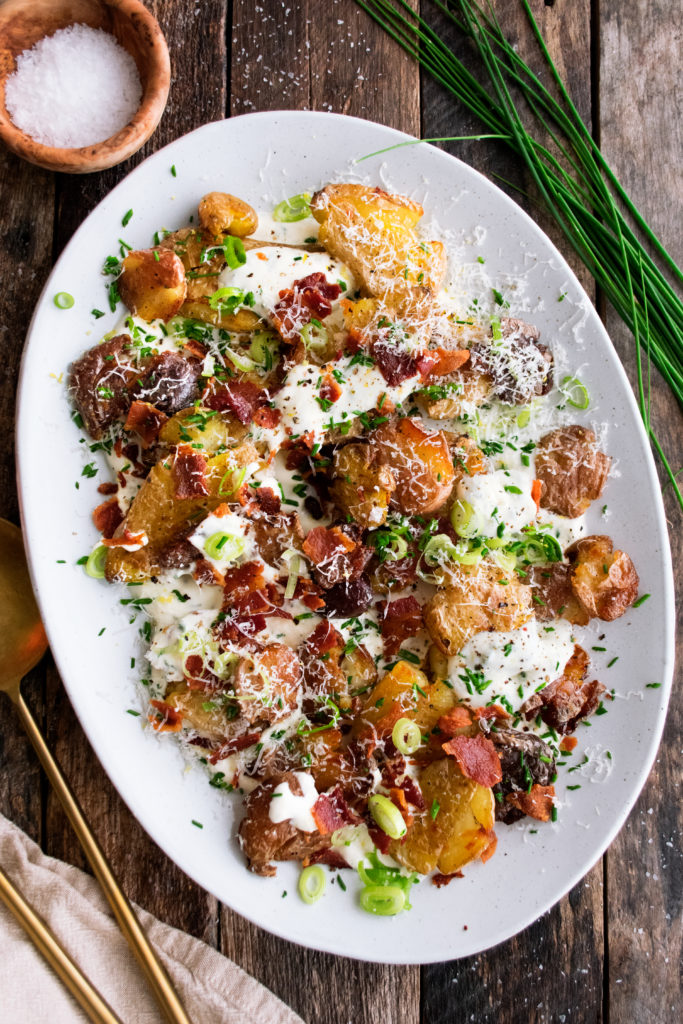 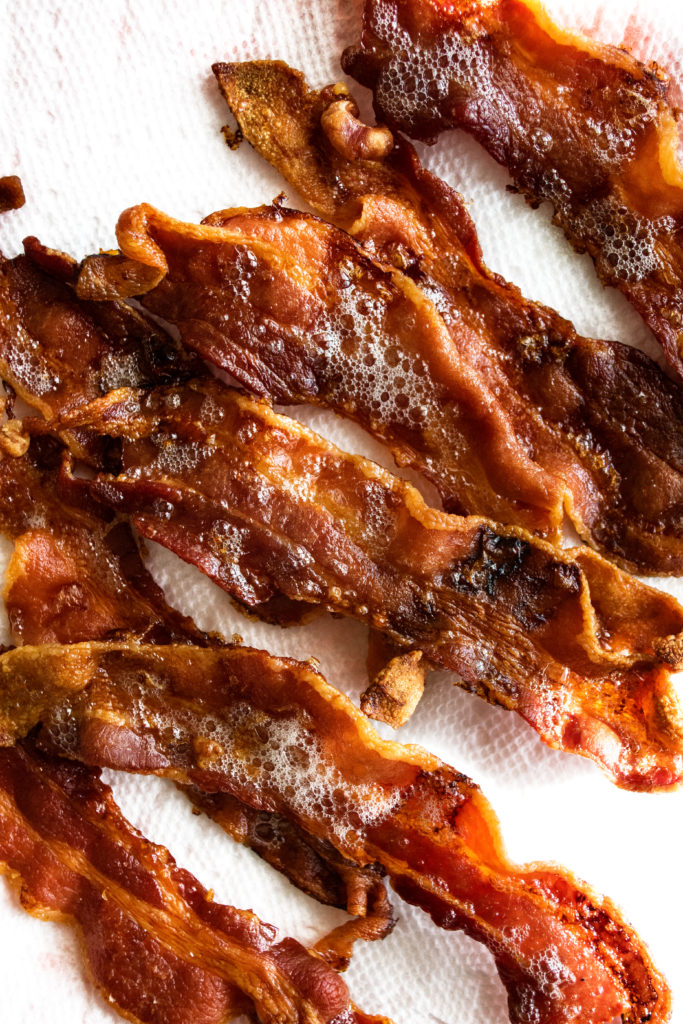 These loaded smashed potatoes are truly something special. You’ll start by par-cooking the potatoes in boiling water. A quick soak in ice water after will allow the cooking process to stop so they don’t become mush when cooking again in the oven. You’ll first roast off some bacon, smash the potatoes flat, and then cook them until crisp in the hot bacon fat.

I think the oven process is the simplest way to go, and makes the clean-up nice and easy. However, I also occasionally like to crisp the smashed potatoes in a hot skillet on the stovetop (like I did for these crispy smashed potatoes). They crisp up every so slightly more by doing them in the skillet.

Both methods are outlined in the recipe…so pick the one that sounds best to you! 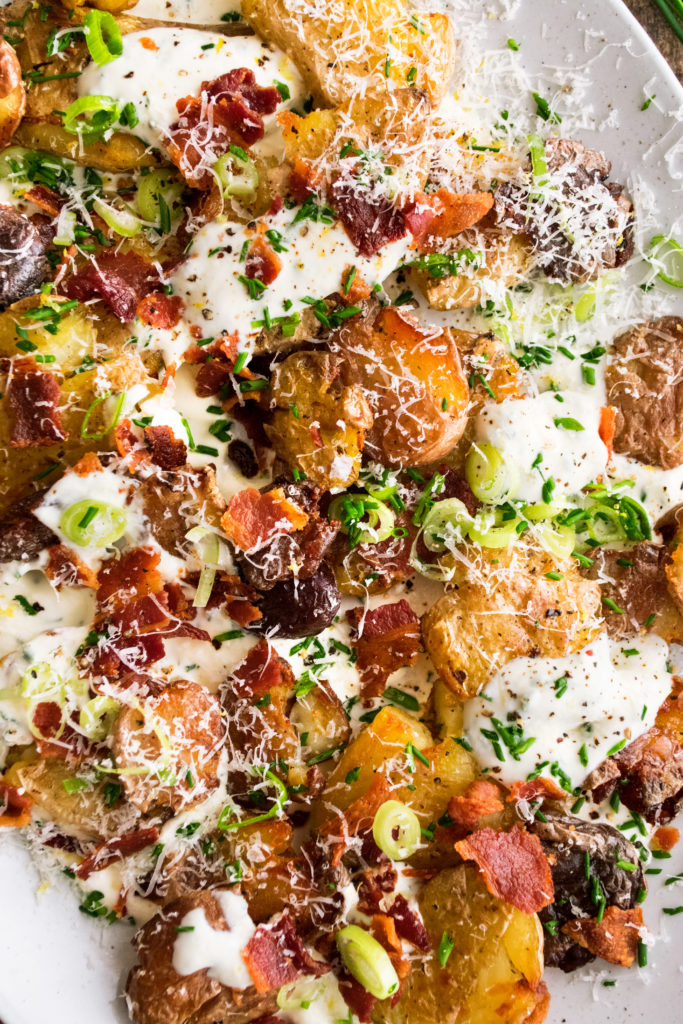 What makes these smashed potatoes “loaded” are the very generous toppings – a little crumbled bacon for saltiness, some parmesan cheese for richness, and a creamy sauce of sour cream & scallions for a tangy onion bite.

The combo cannot be beat. All the flavors you could want in a potato side dish. I’d serve these alongside some grilled steaks or even with this garlicky grilled chicken. And maybe complete the meal with a summer squash salad to round things out! 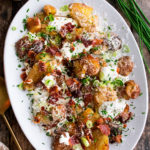 To Cook the Potatoes on the Stovetop: 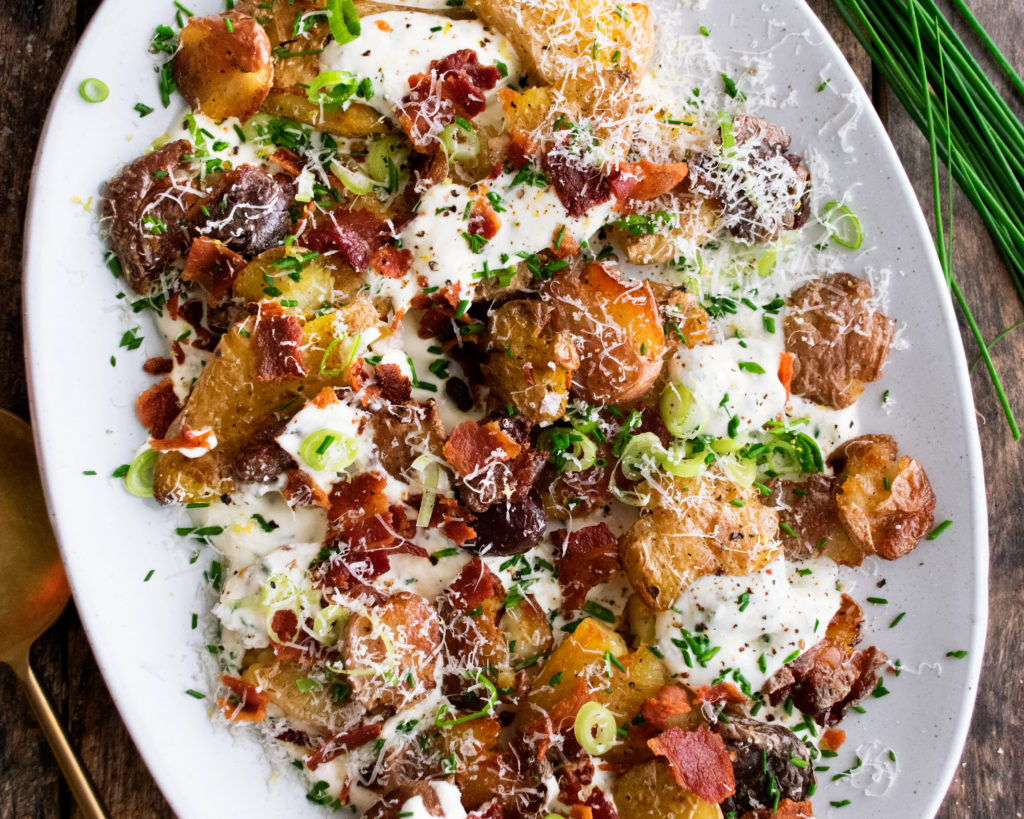