A fun, simple appetizer to start off your Thanksgiving feast! Creamy whipped goat cheese topped with a caramelized mixture of dates, shallots, vinegar and honey, with bacon and fried rosemary crumbled over top. You can serve this just like a dip, with either toasted bread or crackers for dipping. Kind of a spin on the classic “bacon wrapped dates” that everyone loves to bring to a party. It’s bold, flavorful, and such a beautiful dip to serve for any fall or winter holiday. 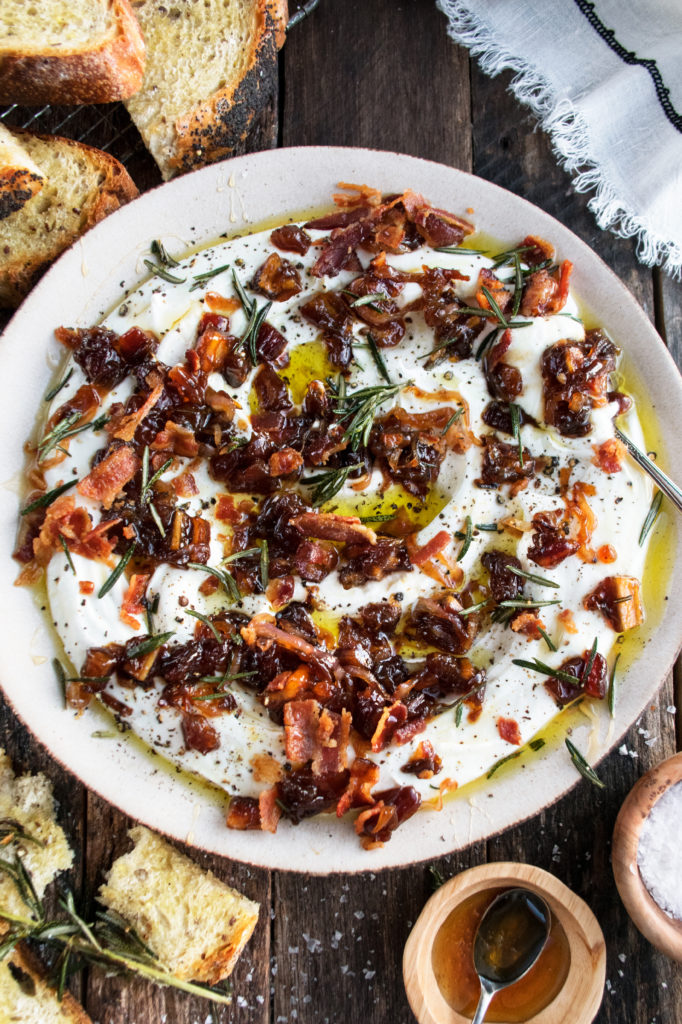 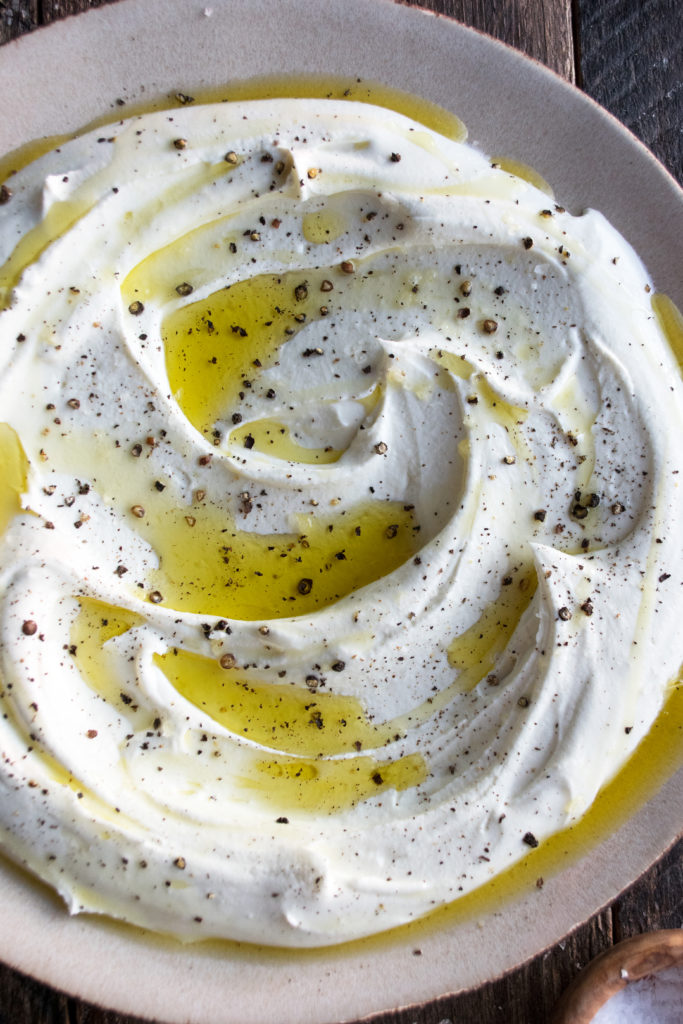 Over on Instagram, I frequently ask readers what kind of recipes they want to see. I’ll usually do a request like this before a new season starts or for a major holiday. One of the Thanksgiving requests that came in was some sort of recipe for bacon wrapped dates.

It got me thinking what I could do to make this appetizer, which is typically just composed of those two ingredients, a little different. And so, this whipped goat cheese dish was born. With all that lovely sweet & savory bacon and date flavor on top. 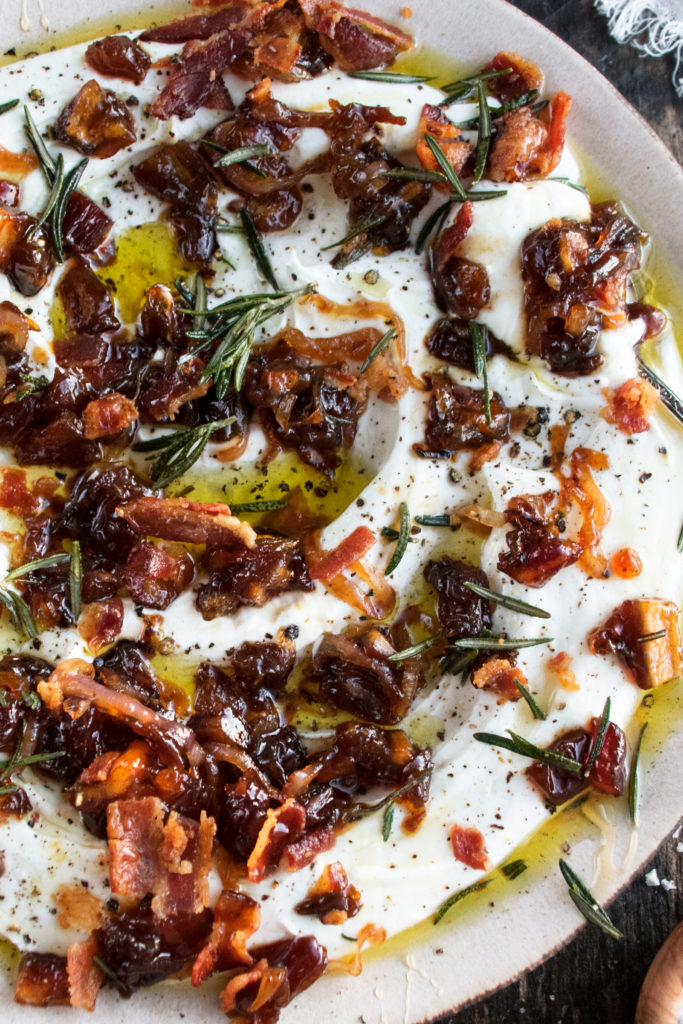 You’ll start by cooking off some bacon. I like to do this in a cast-iron skillet so that all of the bacon drippings are left to use for cooking the rest of the topping. Some rosemary, shallots, sweet medjool dates, a splash of apple cider vinegar, and honey get cooked in the bacon fat until caramelized and sticky.

Meanwhile, the whipped goat cheese is made right in the food processor. It’s flavored simply with honey, olive oil, and black pepper…with some greek yogurt making it extra creamy. I like to serve this on a platter so that you can spread the goat cheese into a thin layer. This way, you get a little topping in every spoonful.

For serving, either toasted crusty bread or simple crackers work just perfectly. I kind of like the bread best though, so you have a softer bite with the creamy goat cheese. 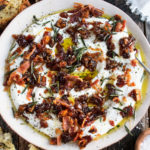 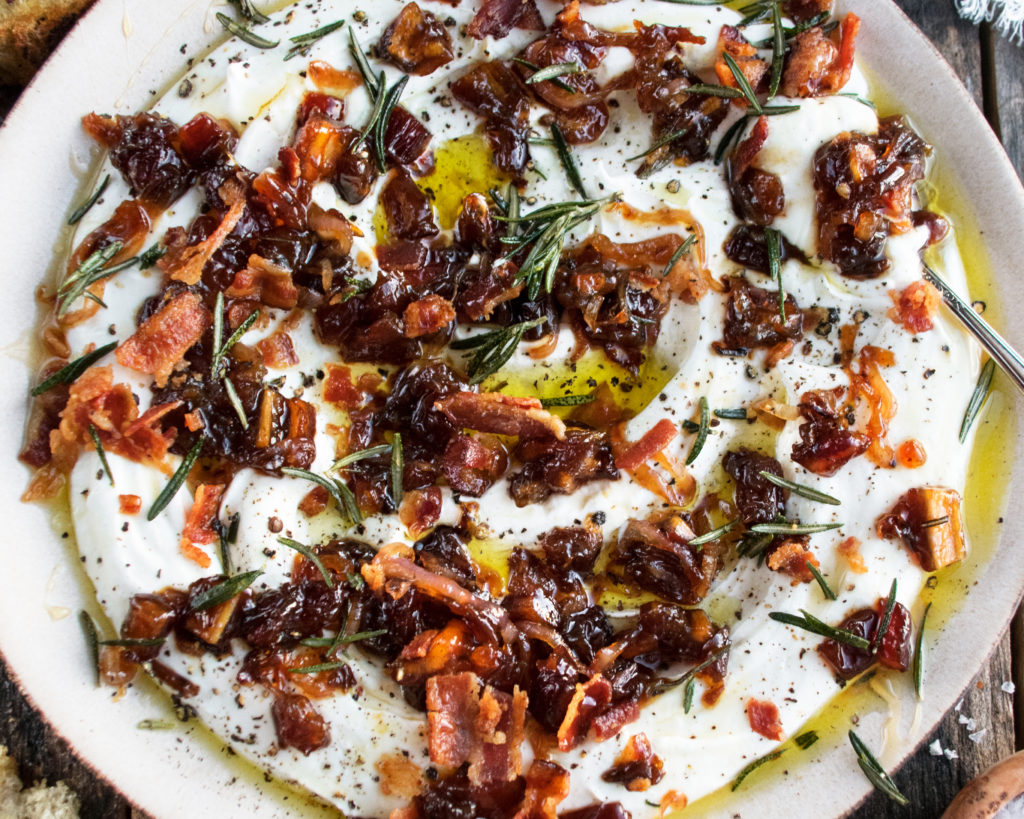