This unique charred eggplant pasta is smoky, slightly sweet, and has a subtle kick of heat. Fun ingredients like raisins and pecans add an interesting twist with lots of texture, while crumbled goat cheese adds a tangy richness as it melts into the saucy orecchiette. If you’re looking to try something new for your next summer dinner, this is it! 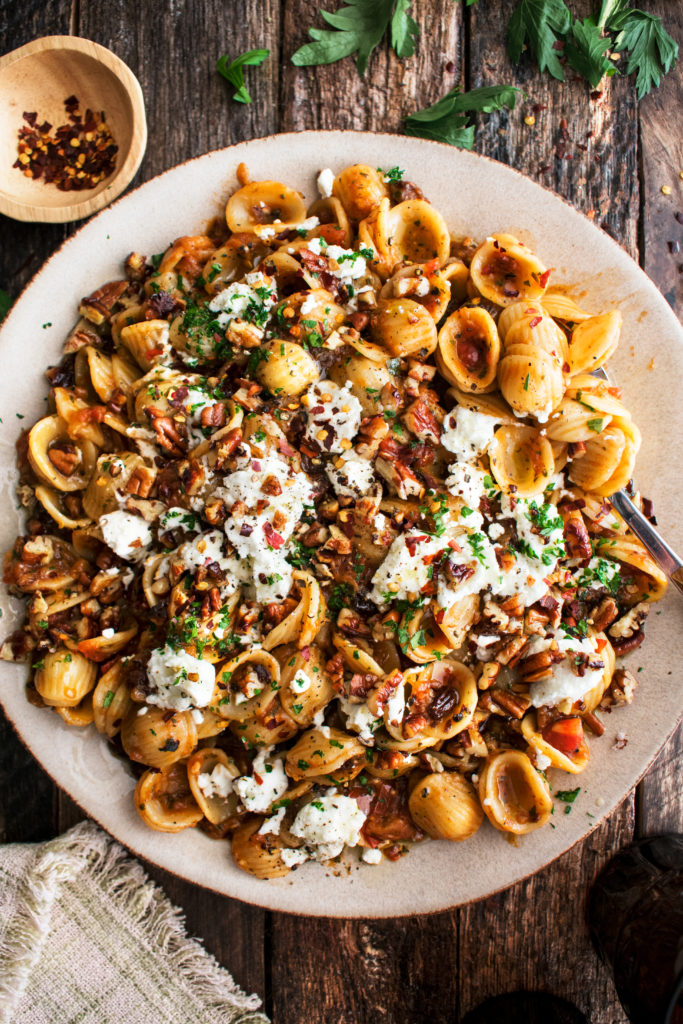 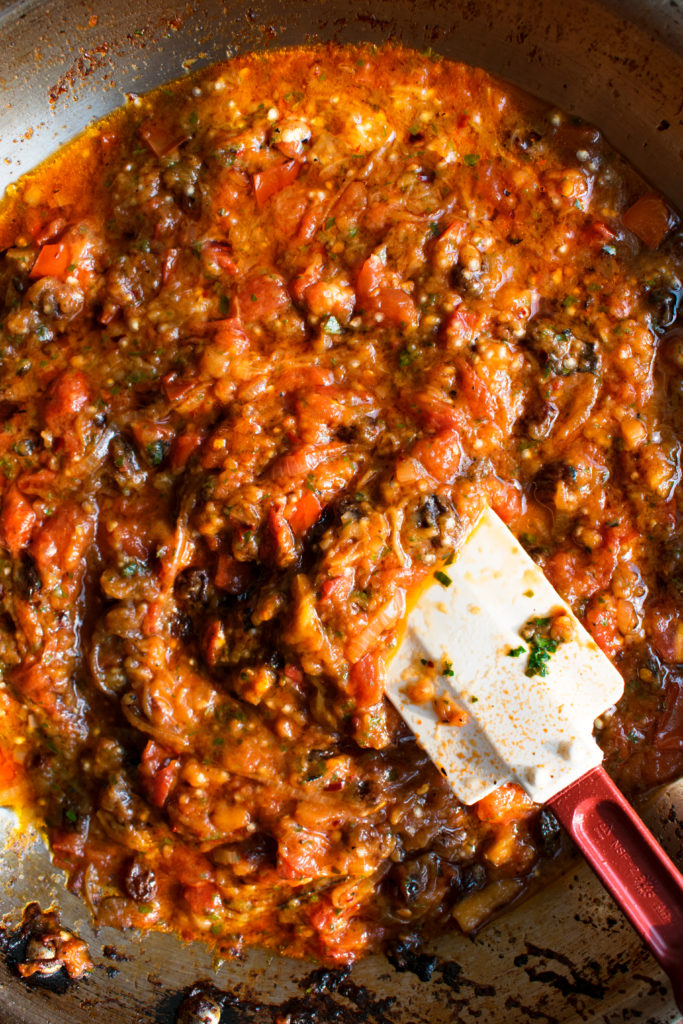 What I love about recipe testing is that one failed recipe idea can turn into a completely new and delicious success…in a matter of minutes. My initial idea was this: grilled halloumi cheese with an eggplant & tomato topping.

After charring the eggplant and adding it to the tomato mixture, I realized the texture was just not going to work for a topping. And after messing up grilling the halloumi, I quickly gave up on the idea. But that eggplant mixture was delicious, and I wanted to use it up somehow. A pasta sauce sounded like just the right thing to try.

And so this charred eggplant pasta came to be! With the ingredients (raisins, pecans, honey, red wine vinegar, etc.) I intended for the halloumi included as well…making it as unique and interesting as it sounds! 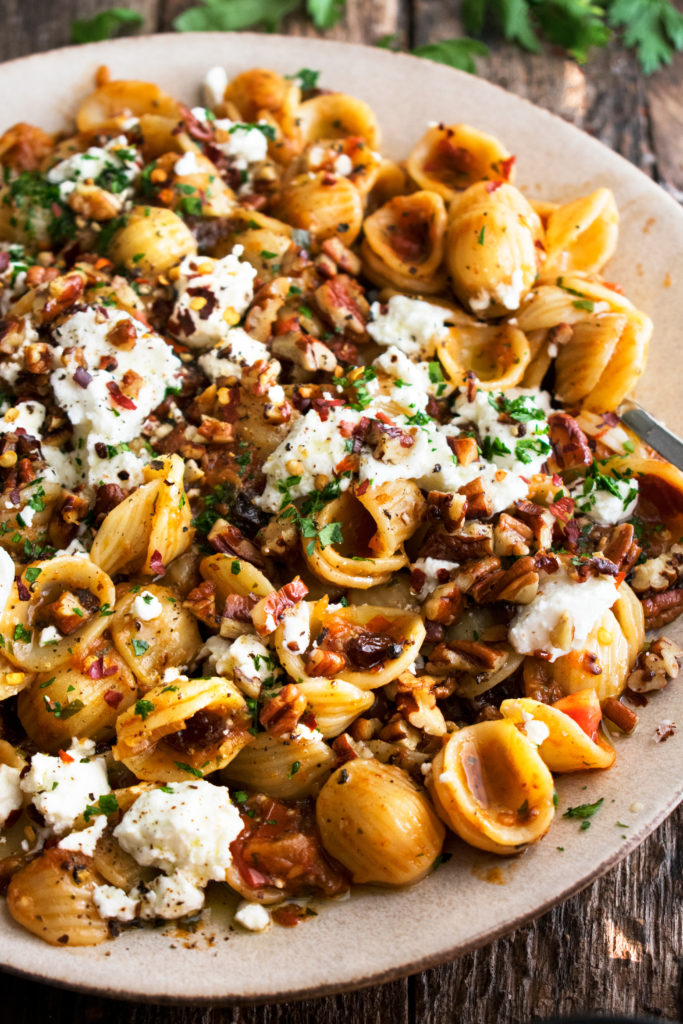 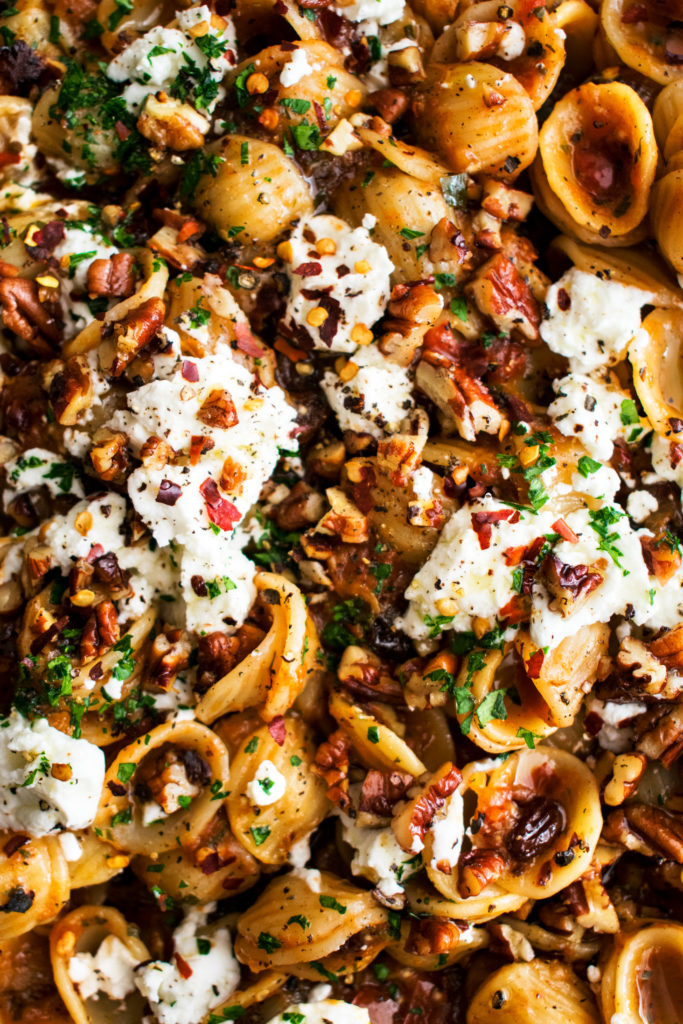 You’ll start by charring the eggplant as if you were making baba ganoush (over a hot grill until blackened and extremely tender). Once peeled, the eggplant goes into a skillet of caramelized shallots and tomatoes. Lots of flavor gets added in – intense tomato paste and a pinch of red pepper flakes, plus the vinegar, honey, and raisins.

The vinegar and honey add the perfect sweet and tangy touch to the sauce. The raisins, however, are completely optional. I had them on hand and happen to love them, so I tossed them in. They plump up and give the pasta an interesting bite. If they’re not your thing, leave them out. 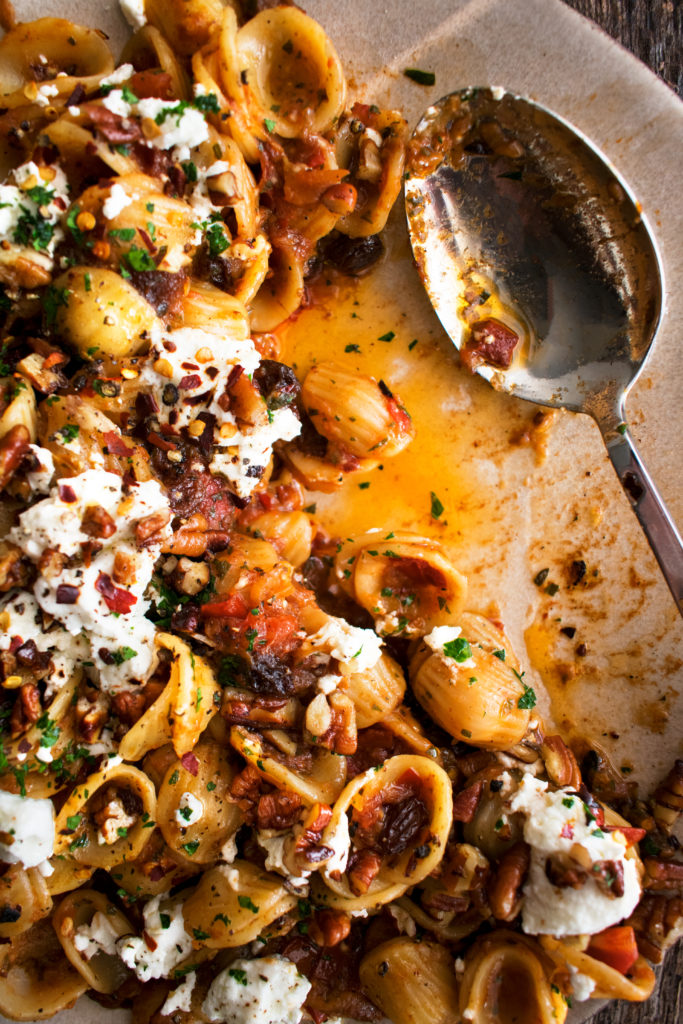 In the meantime you’ll get some orecchiette (or any other short pasta like penne or fusilli) cooking and add some of that starchy pasta water to the sauce. Once everything’s combined, a little olive oil helps bring it all together. Toss well and finish things off with lots of fresh parsley.

After you plate the pasta, you’ll add goat cheese and olive oil toasted pecans over top. The goat cheese melts into the pasta, creating a rich and creamy texture that is so delicious and the pecans add an unexpected crunch.

Serve this with some grilled steaks and a big salad…and maybe a plum galette for dessert!

If you’re looking for more summer pasta recipes, here are a few to try: 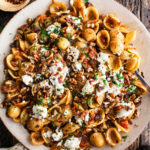 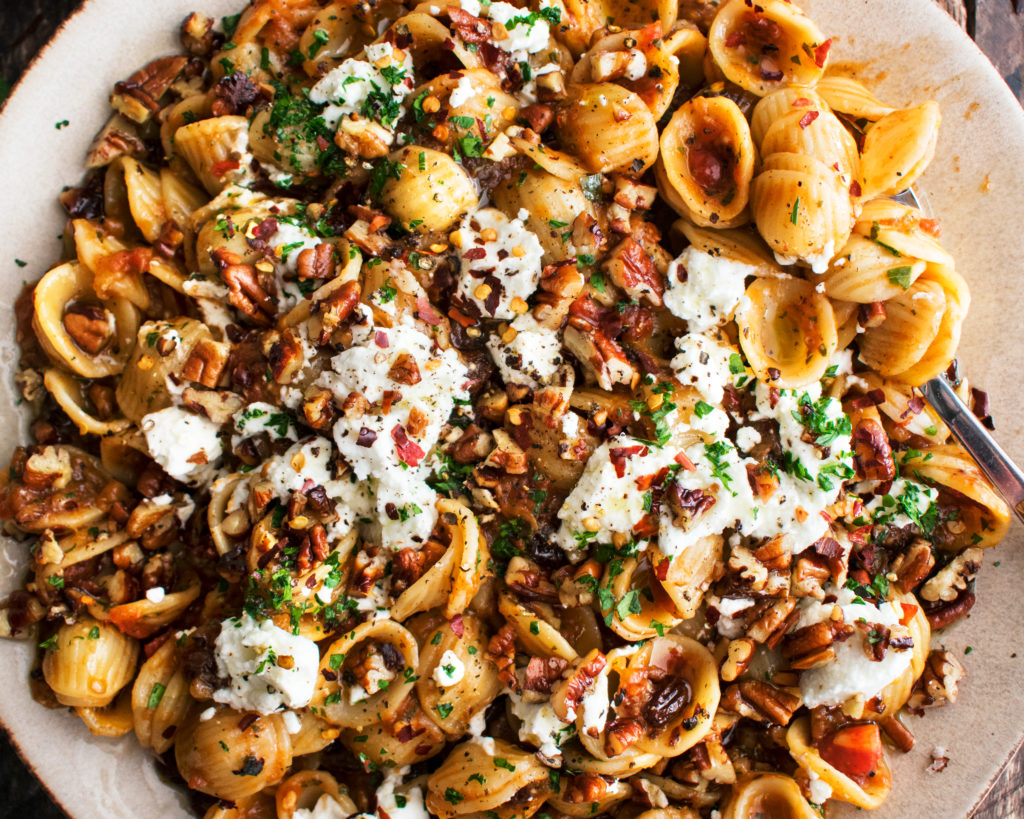 One thought on “Charred Eggplant Pasta with Tomatoes & Goat Cheese”