So excited to share these homemade apple fritters with a decadent salted maple glaze. This is exactly the kind of recipe to save for a relaxing fall weekend…you can whip them up for breakfast, a midday snack, or even dessert. The fritters are heavy on the cinnamon and full of sweet caramelized apples. Fried until golden, crisp on the outside, and pillowy on the inside. And then (double) dipped in the silky-smooth salted maple glaze. There’s just no better fall treat to splurge on! 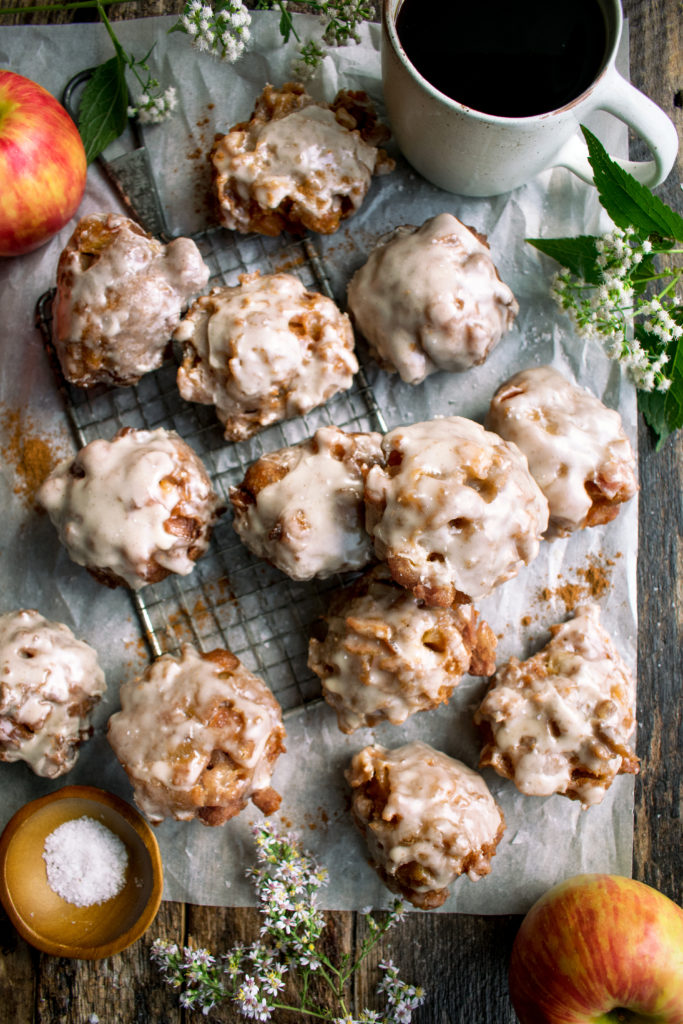 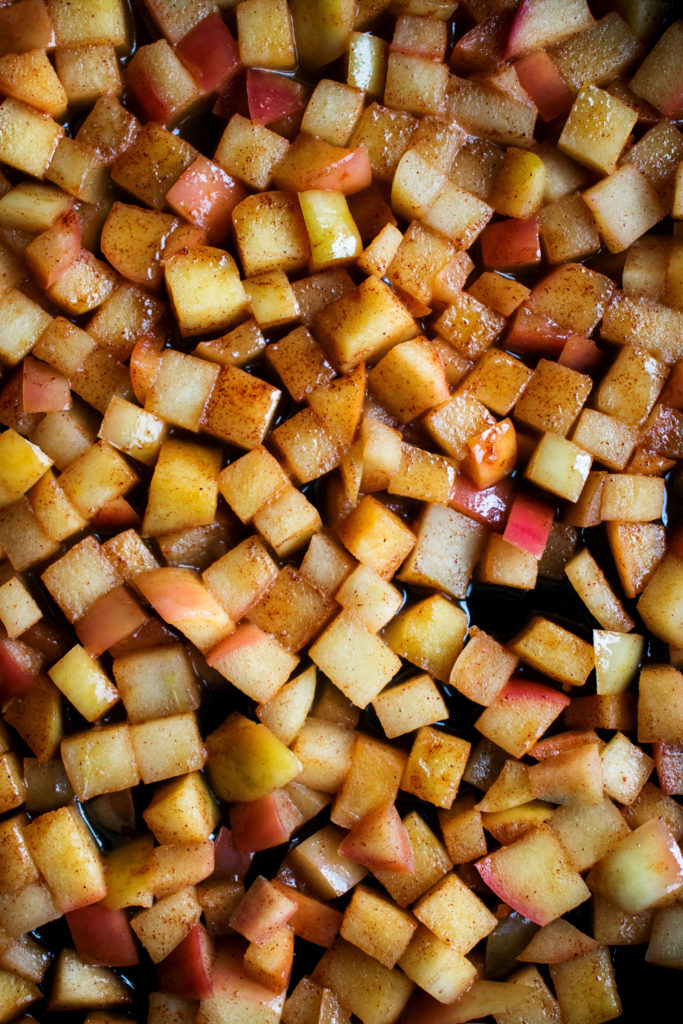 Many apple fritter recipes call for raw apples to be diced and folded into the batter. I love the additional flavor and texture that comes from cooking them in a skillet first. With the help of a little apple juice, brown sugar, and cinnamon, the apple flavor concentrates as the fruit caramelizes and makes for such a tasty fritter.

This is definitely an extra step, but it’s an easy one and can even be done beforehand. Next up, you’ll make the batter which is a really simple combination of wet and dry ingredients. I added in lots of cinnamon so the warm spice really shines through.

All of those apples get folded in and your batter is done! 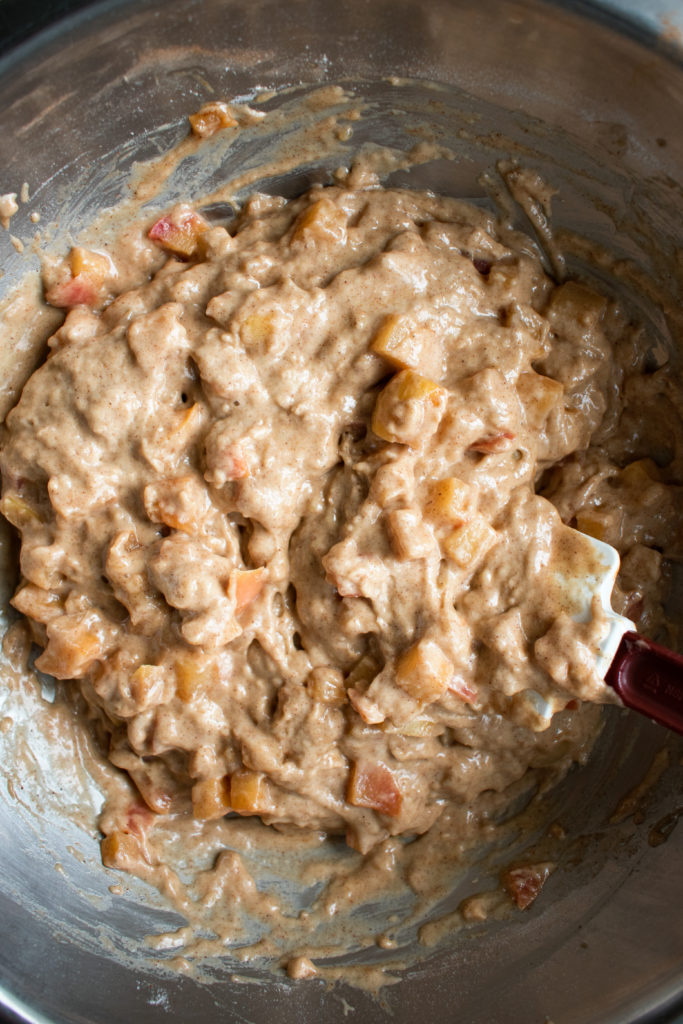 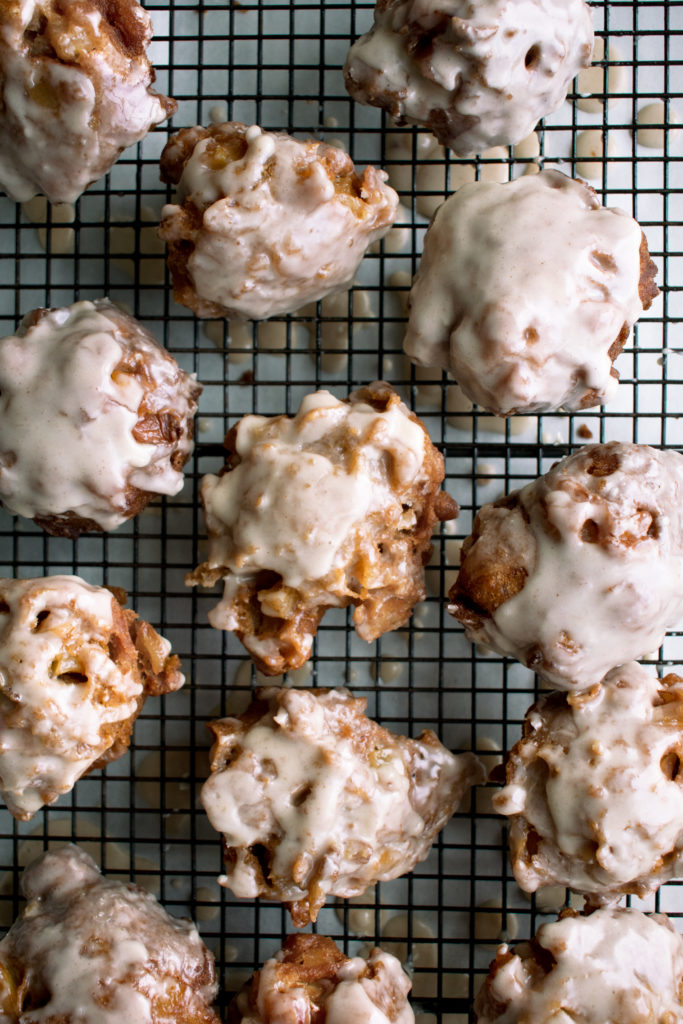 Once you’ve got your batter, it’s time to fry. Frying can be a hassle, and this is exactly why I’d say these apple fritters are a great weekend project when you’ve got a little bit more time on your hands. There’s really no way around it, though. So if you’re in the mood for homemade apple fritters, you’ll have to get a big pot of oil on the stove!

Start by heating the oil over medium heat. By the time you have your batter mixed, the oil should be up to temperature. I like to use an ice cream scoop and another spoon to scoop and then slide the batter out into the hot oil so the fritters are as even as possible.

The key to frying anything at home is keeping a close eye on the temperature of the oil. It’s something you kind of have to do by sight and sound. When you drop the batter in you should hear a sizzle. If you don’t, turn the heat up slightly before adding the next one. If the fritters start to get too dark when cooking, turn the heat down slightly. It’s a balance and with practice, you’ll get the hang of it! 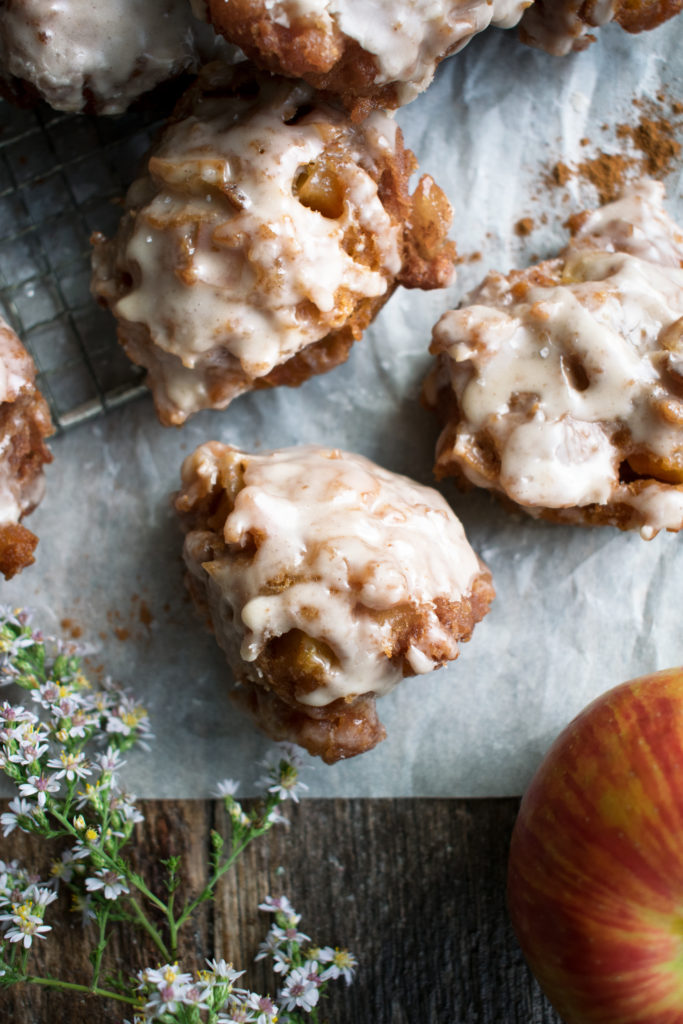 Once fried, the apple fritters drain off on some paper towels before getting a luxurious dip into the salted maple glaze. While one coating will do, I like to go in for seconds. The double dip will allow the glaze to really set up and solidify, creating the beautiful white icing look you see in the photos.

The final touch is a light sprinkle of flaky sea salt to bring out all the sweet maple, cinnamon, and apple flavors running throughout the fritters. You can make these as a decadent breakfast, a fun midday snack, or of course as a dessert. Always made better with a hot cup of coffee alongside.

If you’re looking for more apple recipes, here are a few to try: 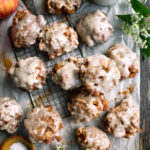 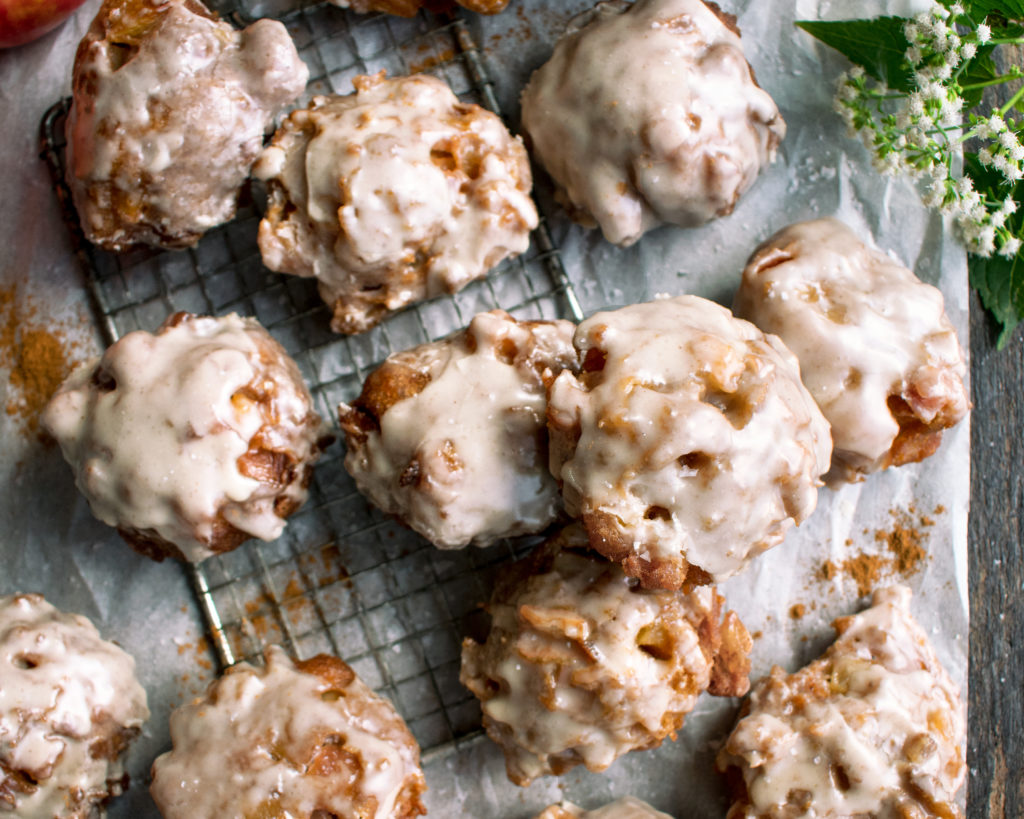