The most delicious creamy pumpkin pasta there ever was. Bucatini pasta tossed in a luxurious pumpkin sauce that’s flavored with rich pumpkin, sweet cinnamon, cayenne for a little heat, mascarpone cheese, honey, and lots of freshly grated parmesan cheese. And made even better with crunchy rosemary almond breadcrumbs. All of the flavors, all of the textures…it is divine. 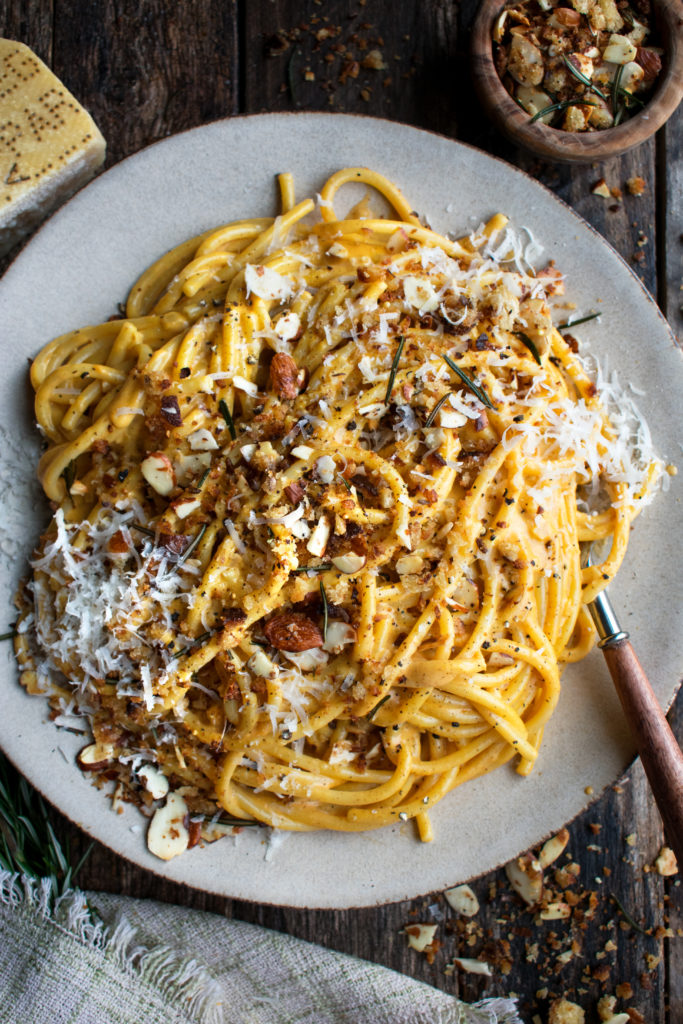 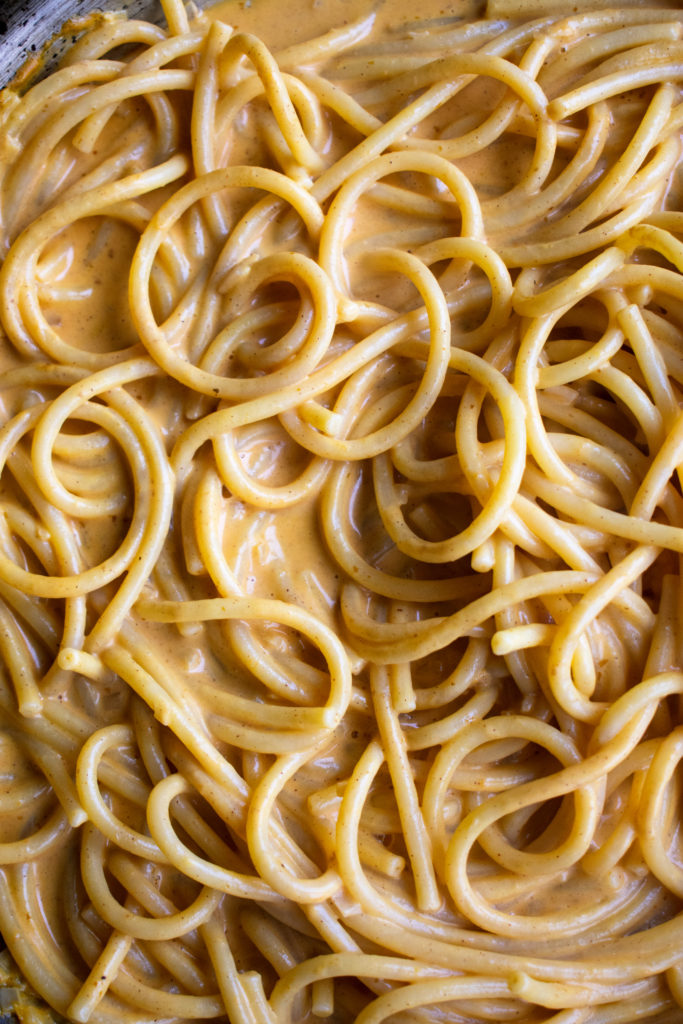 I could not think of a better combination of flavors than this creamy pumpkin pasta and rosemary almond breadcrumb duo. It’s simple to make, yet has a few key elements.

First off, let’s talk ingredients. You can use any pasta you’d like, but if you can find bucatini, grab it! It’s a long pasta with a hollow center and keeps a really nice bite to it once cooked. The sauce clings on to it really well and I just love how it works in this recipe. Any other long pasta like spaghetti or linguine would be a close second.

The other main ingredient I want to point out is the parmesan. For any pasta really, but especially one as special as this, try to find a real chunk of parmesan cheese to freshly grate by hand. It melts better in the pasta and tastes really pure. 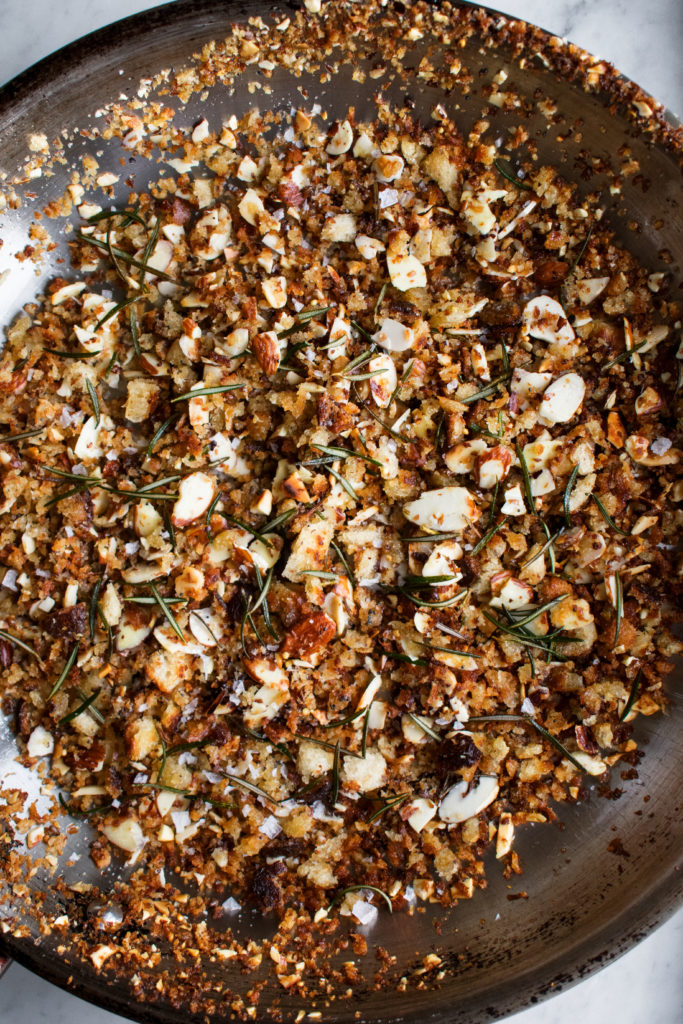 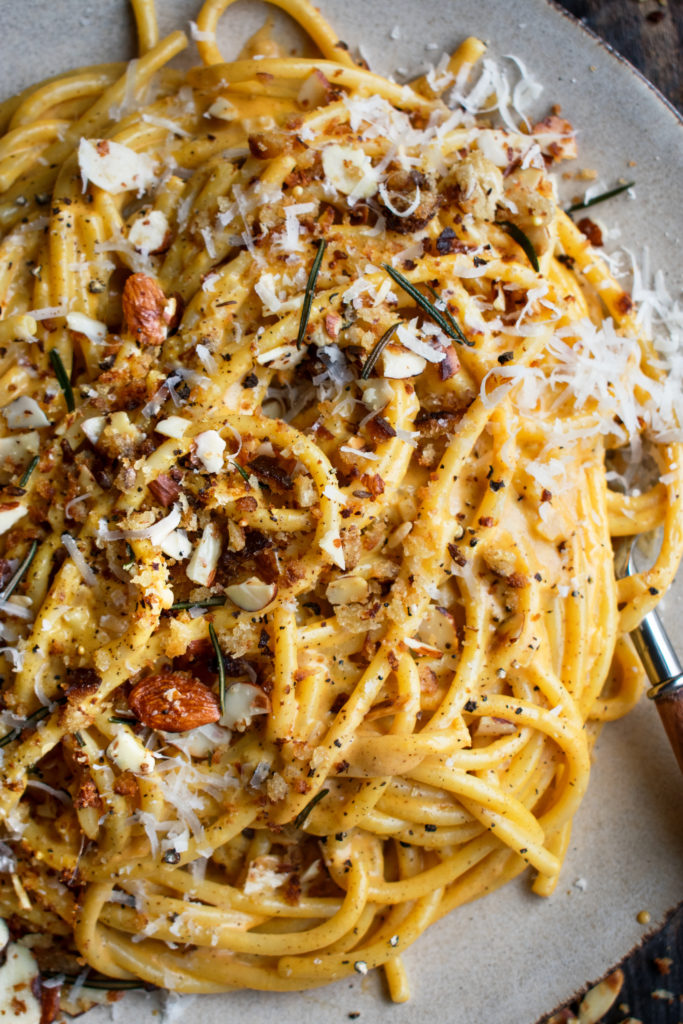 You’ll start by making the breadcrumbs. It’s an extra step to make homemade breadcrumbs, but trust me it’s worth it for this pasta.

Find a fresh loaf of Italian bread and pulse a couple of slices in the food processor along with some almonds. These get fried in olive oil that’s been infused with rosemary. The rosemary crisps up and gets crumbled right in with the crumbs. It’s the most intoxicating combination of flavors that work SO well with the hints of cinnamon, mascarpone, and parmesan running throughout the pasta.

Plus, the creamy consistency of the sauce paired with the crispy crumbs is such a wonderful combination of textures. 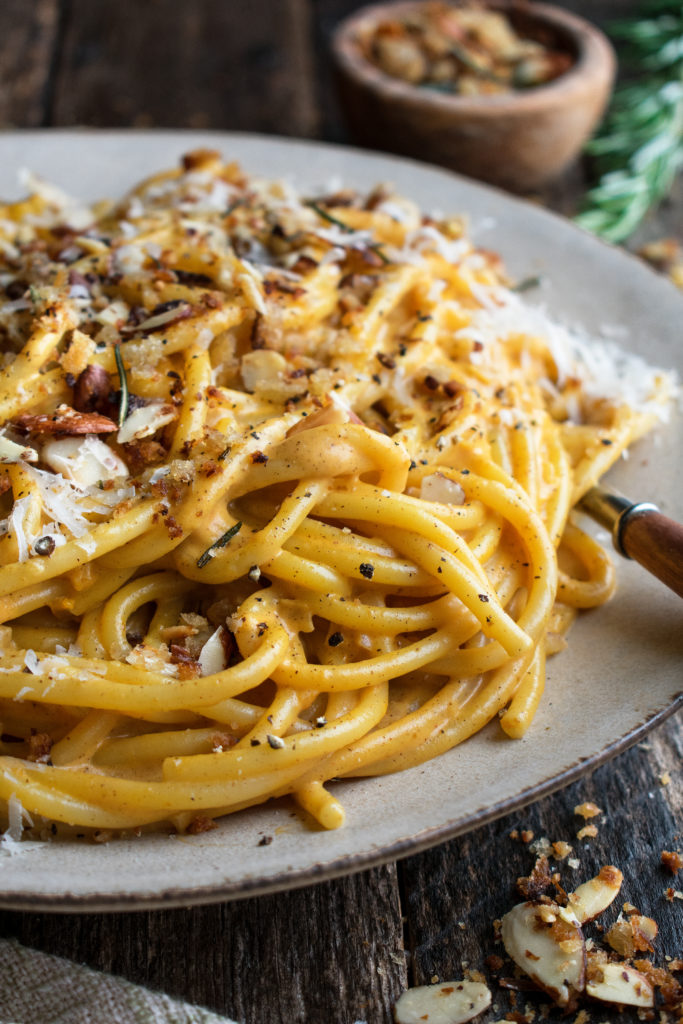 For the pasta, once you drop the bucatini in the water, the sauce comes together in just the amount of time it cooks. Shallots cook first in melted butter, then a little creamy goes in as the base, and then you’ll whisk in the pumpkin puree, honey, cinnamon, and cayenne.

A big ladle of pasta water helps loosen the sauce up as it continues to simmer. The pasta goes directly from the pot of water to the skillet (a little extra water dripping over is okay) and then the final touches are stirred in – mascarpone & parmesan cheeses. Both add to the overall luxurious quality of the sauce.

Next time you’re in the mood for a pasta night, make sure to whip this one up! You will love it!! (Or try this pumpkin risotto, it is JUST as good.) 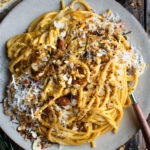 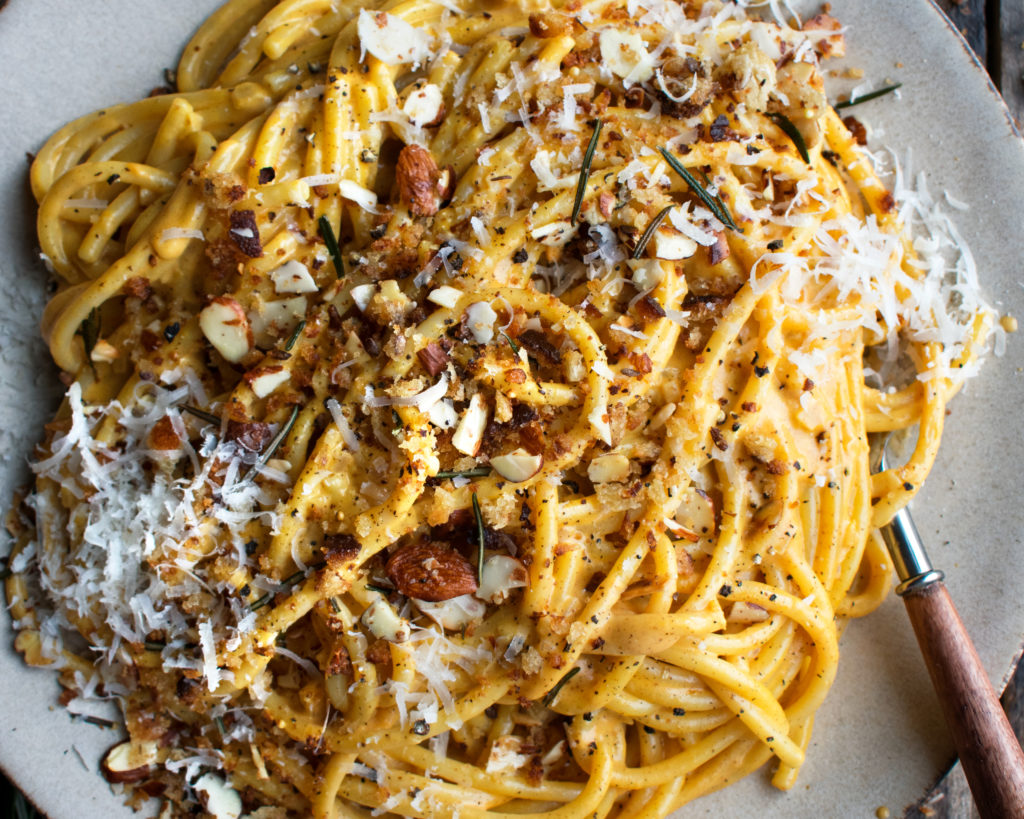