A really simple mushroom frittata with asiago & kale. It’s a hearty breakfast that’s full of flavor and extremely comforting…perfect for Thanksgiving morning or any weekend throughout the fall and winter. Full of caramelized mushrooms, shallots, garlic, lots of kale, buttery asiago cheese, and fresh parsley. Simple, satisfying, and a great option for serving a crowd! 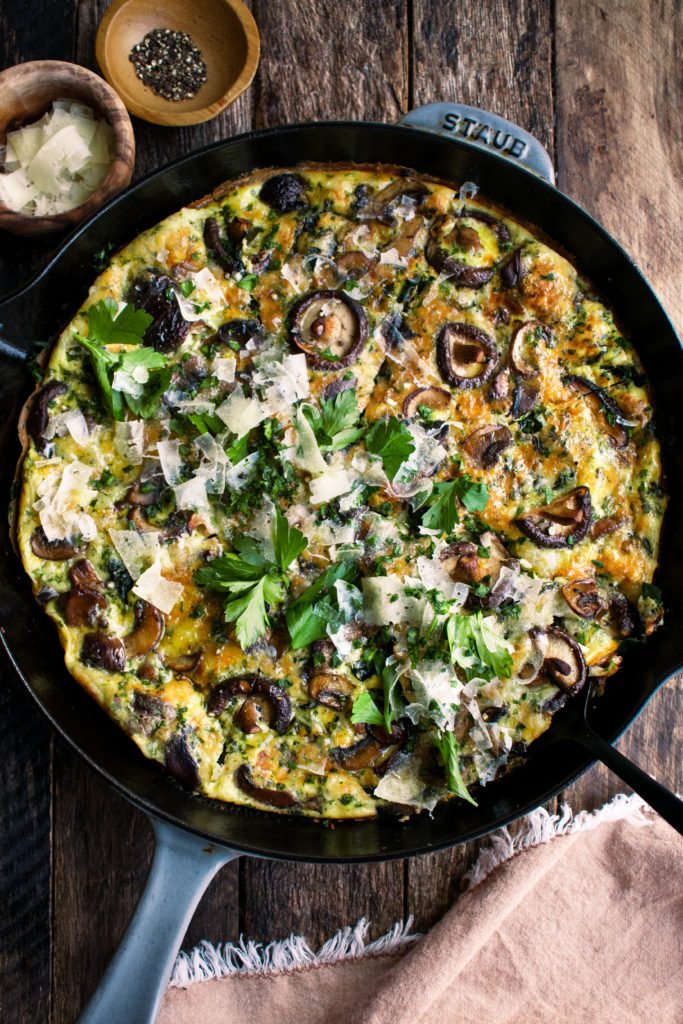 I’m a big fan of a substantial breakfast on Thanksgiving. Something nutritious that will energize the start of the day and power you through the hours of cooking ahead.

This year, we’ll be making this mushroom frittata! I’d consider it healthy, yet it is SO delicious and feels special for a holiday. It’ll fill you up just enough to get through the afternoon and still leave you plenty hungry for the big holiday feast. 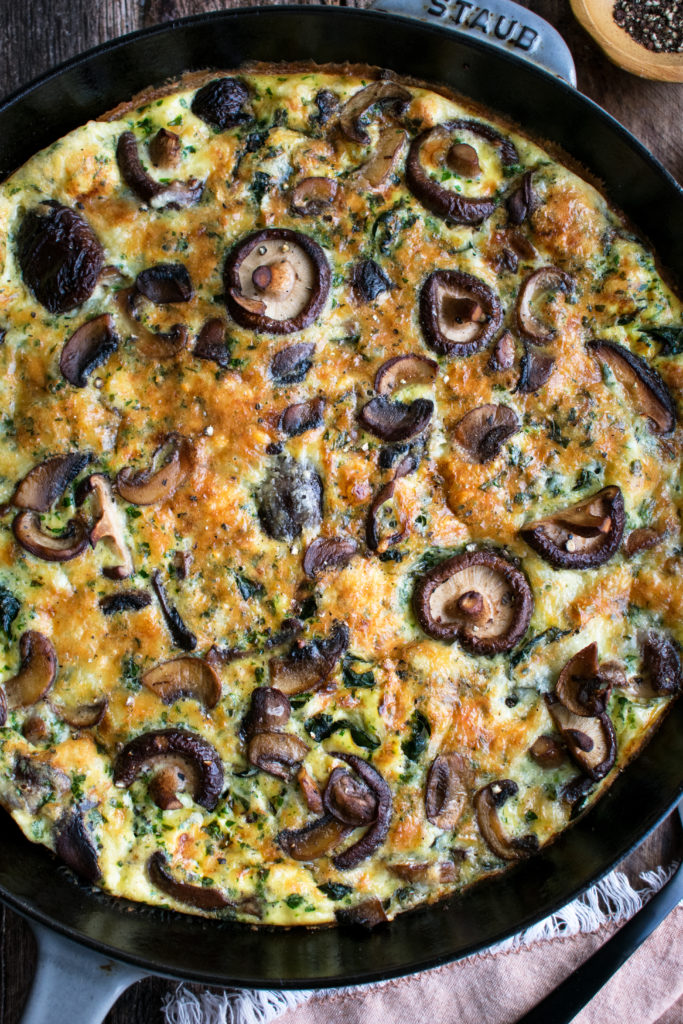 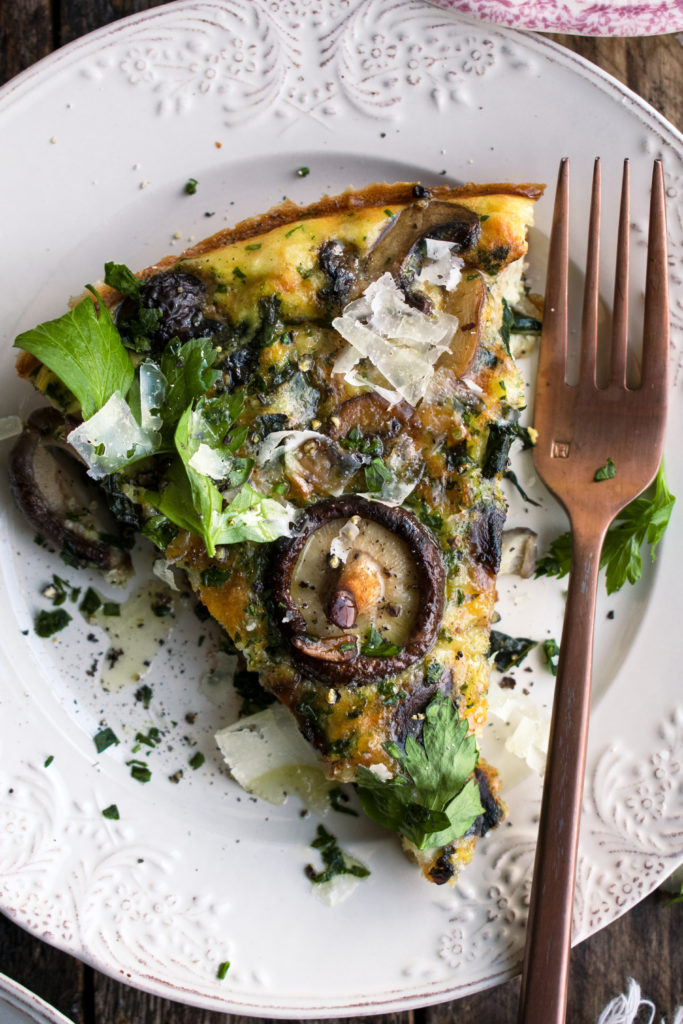 You’ll start by pan-roasting the mushrooms until they’re caramelized and tender. It’s important to do these on their own first so that they have enough room in the skillet to brown.

Then, you’ll cook some shallots, garlic, and kale in melted butter before adding those mushrooms back in. The egg mixture has milk, lots of freshly grated asiago cheese, and a pop of fresh parsley. Whisking the eggs until nice and frothy will help the frittata puff up in the oven.

Just pour those eggs into the skillet, top the whole thing off with more cheese, and into the oven it goes. It bakes until golden brown and cooked through and has the most intoxicating rich smell from the asiago. 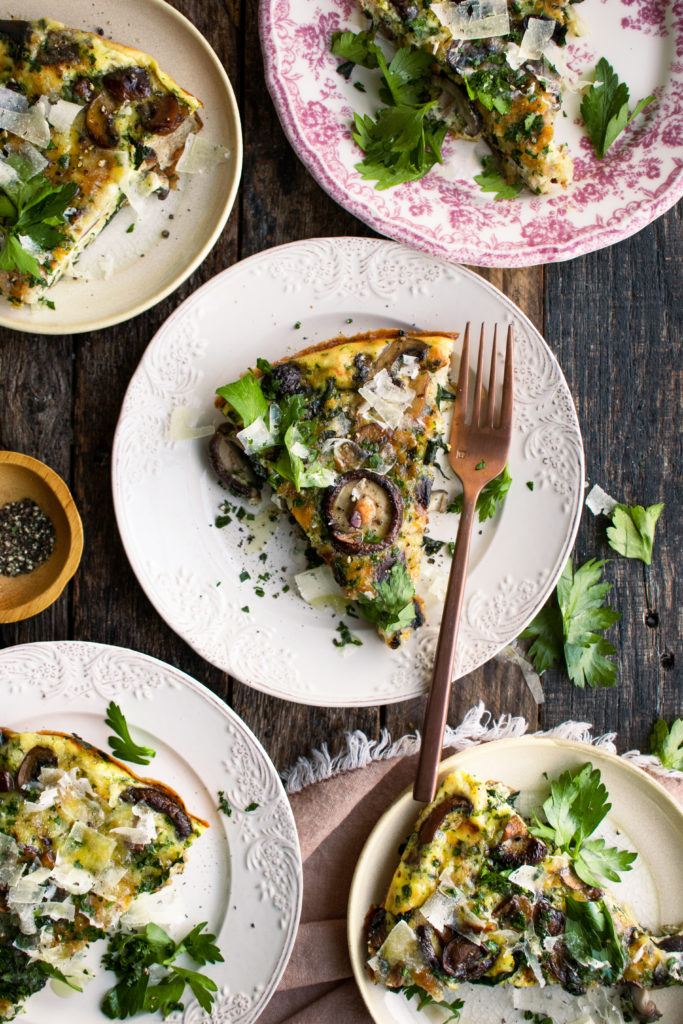 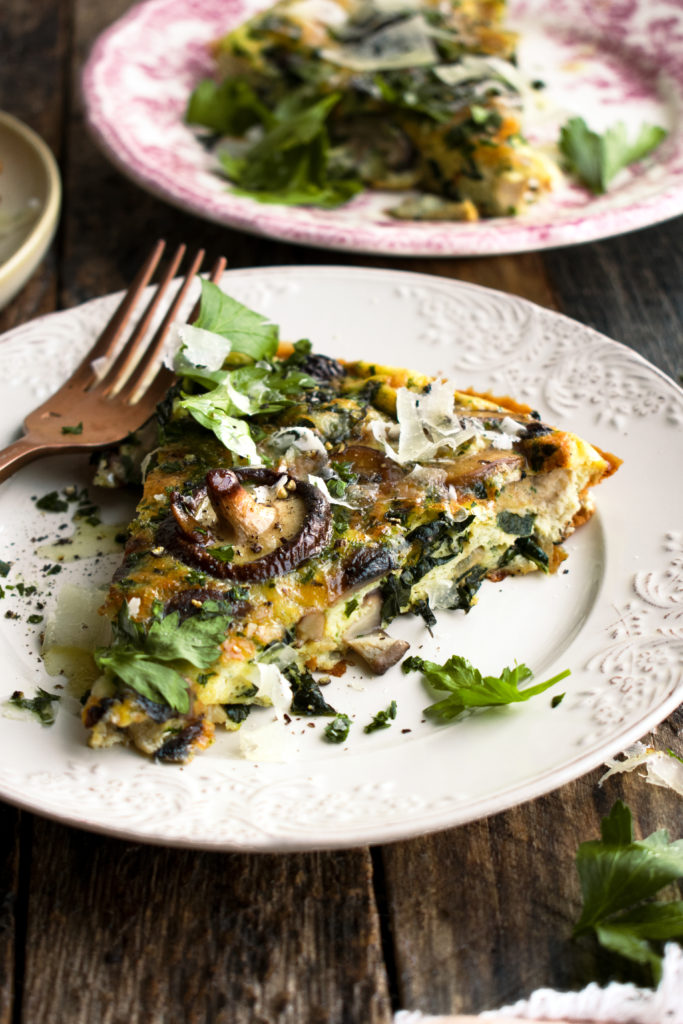 I like to let the frittata cool slightly before cutting it into slices. You could also just scoop it out of the skillet. Either way, top it with extra cheese, some more parsley, and freshly cracked black pepper. Everyone will love it.

Serve it with some bacon or sausage on the side, some jammy toast, or throw on a sweet breakfast item (like this pumpkin french toast) if you’re wanting to create an even bigger breakfast spread! 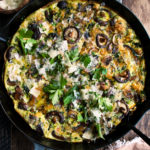