Tortilla chip crusted chicken drizzled with a simple chipotle sauce and served with a crisp red pepper & avocado slaw. The chicken is crunchy on the outside, juicy on the inside, and flavored with a little smoky chipotle and sweet honey. Made even better with the zesty sauce. And the slaw is the perfect simple side to complete the meal! 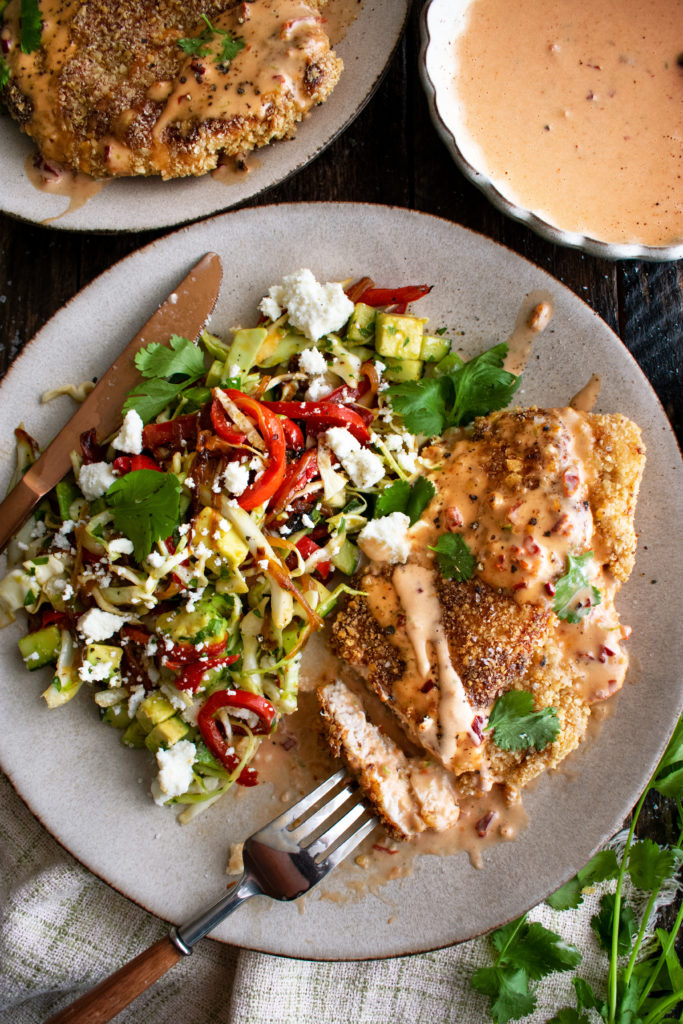 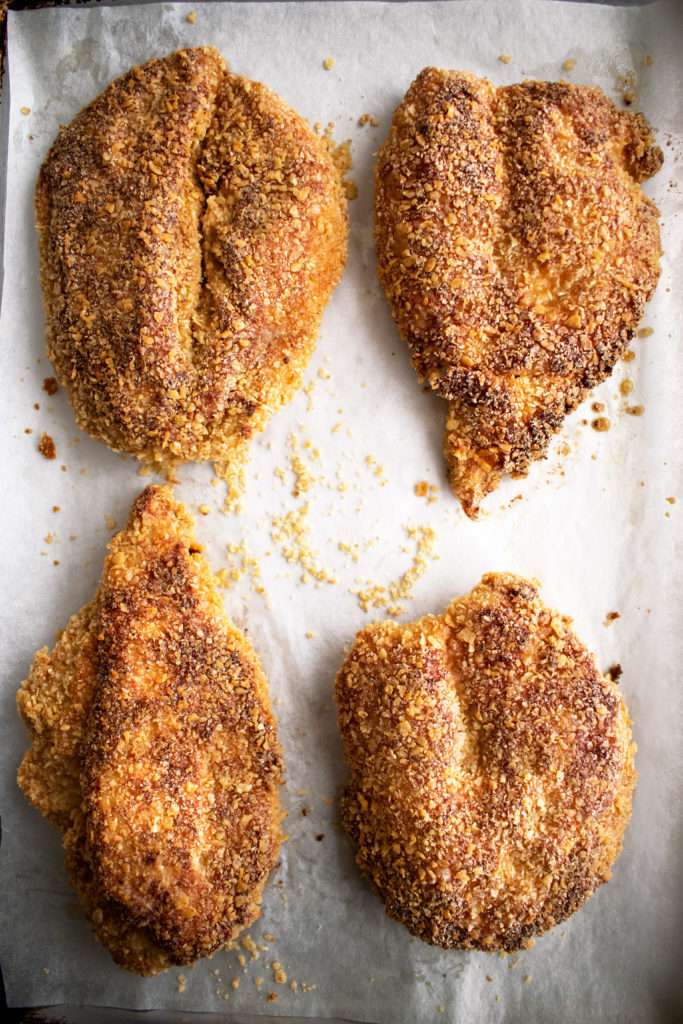 I like to start this recipe by making the sauce. You want that rich, smoky chipotle flavor and the bright lime zest to infuse the mayonnaise with lots of flavor while you’re working on the rest of the dish. You can even make the sauce a few days in advance and store it in the fridge.

Next up, you’ll start the slaw on the stovetop by quickly sauteing sweet red bell peppers and onions until caramelized. They’ll get tossed with crisp cabbage, refreshing cucumber, creamy avocado, fresh cilantro, and then lots of lime and a little vinegar for tang. 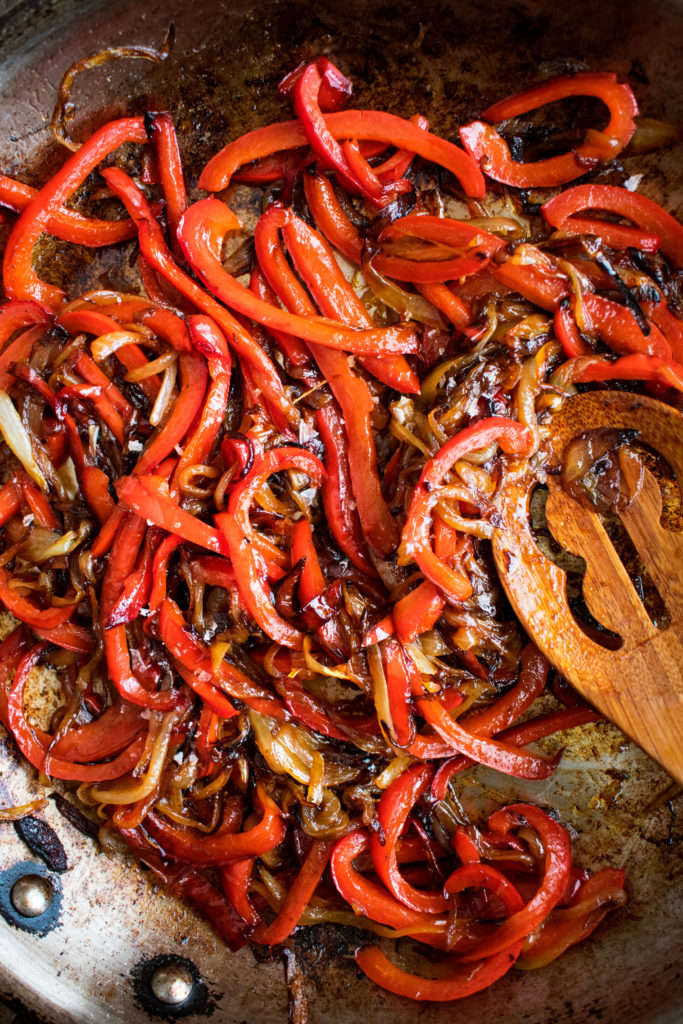 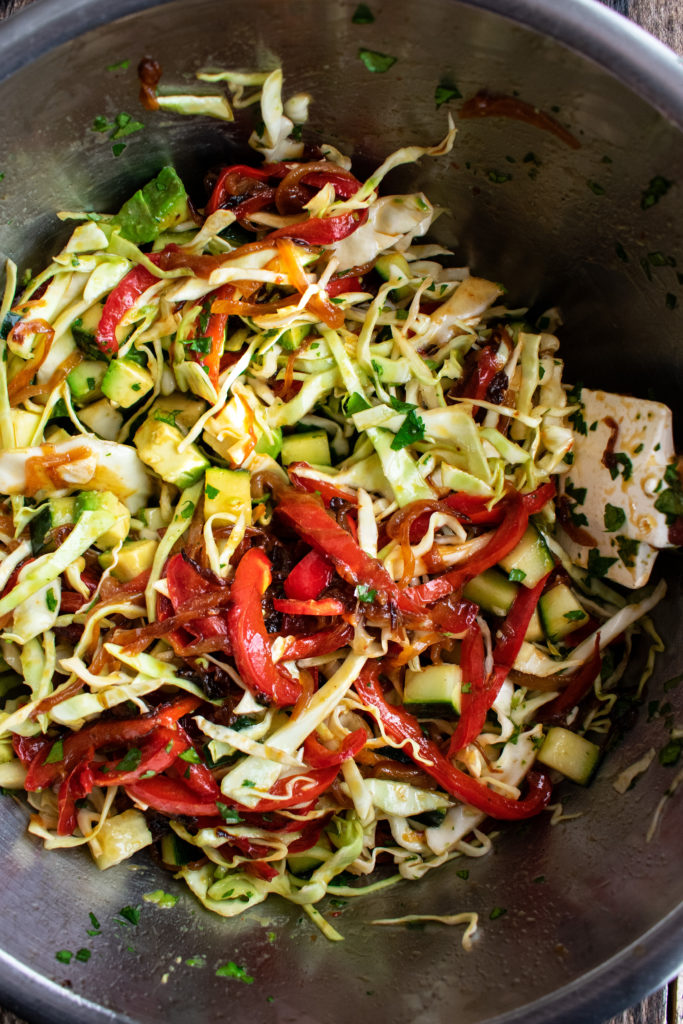 While the slaw sits and the flavors meld together, you’ll get going on the chicken. It’s a standard dredging process, just with a few special touches – a few spices in the flour mix, milk and honey in the egg mix for tenderness and sweetness, and then instead of breadcrumbs, we’re using crushed tortilla chips for a salty, flavorful bite.

The key is to use a food processor to finely crush the tortilla chips so that they coat the chicken just like breadcrumbs would. After dredging, they’ll stick to the chicken and create a beautiful, crunchy crust. 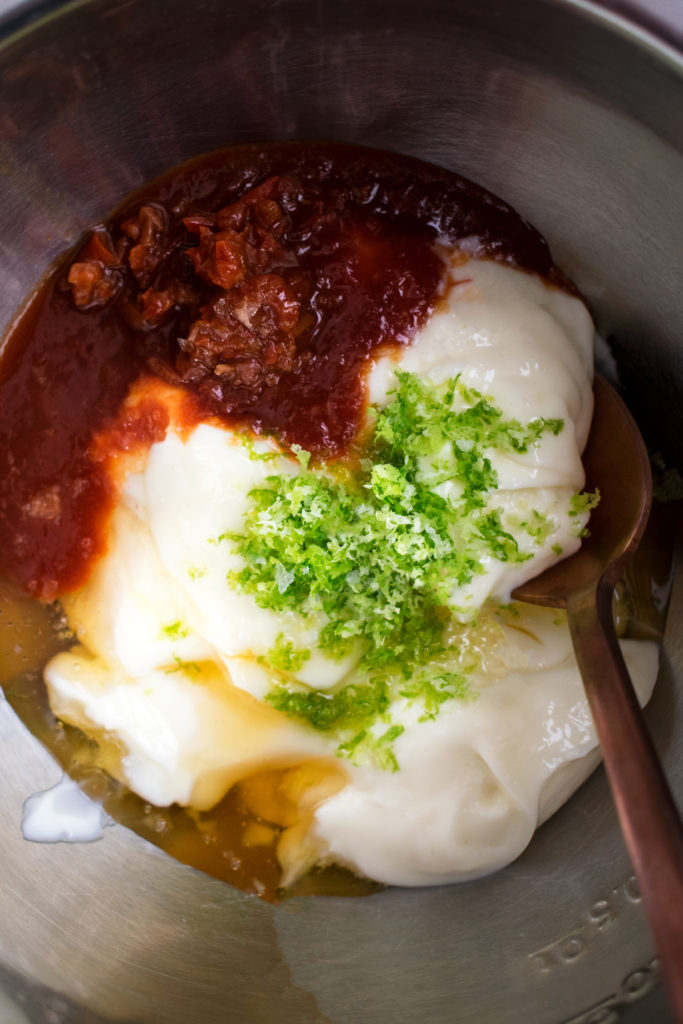 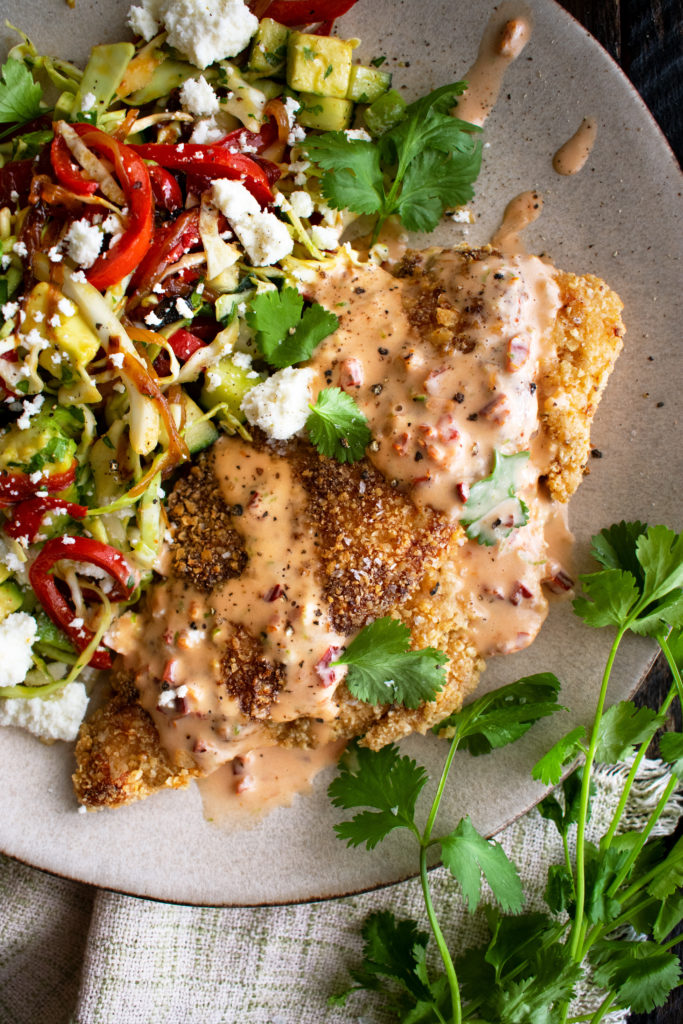 After a quick sear in hot oil, the chicken gets finished in the oven until cooked through and juicy. Then, it all gets plated up!

Drizzle the chipotle sauce over the chicken and serve plenty on the side so you can swoosh it up with every bite. Since the chicken and sauce have some heat, the slaw on the side is such a nice refreshing contrast. A little queso fresco over top adds the perfect finish. 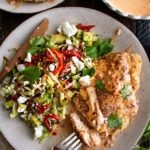 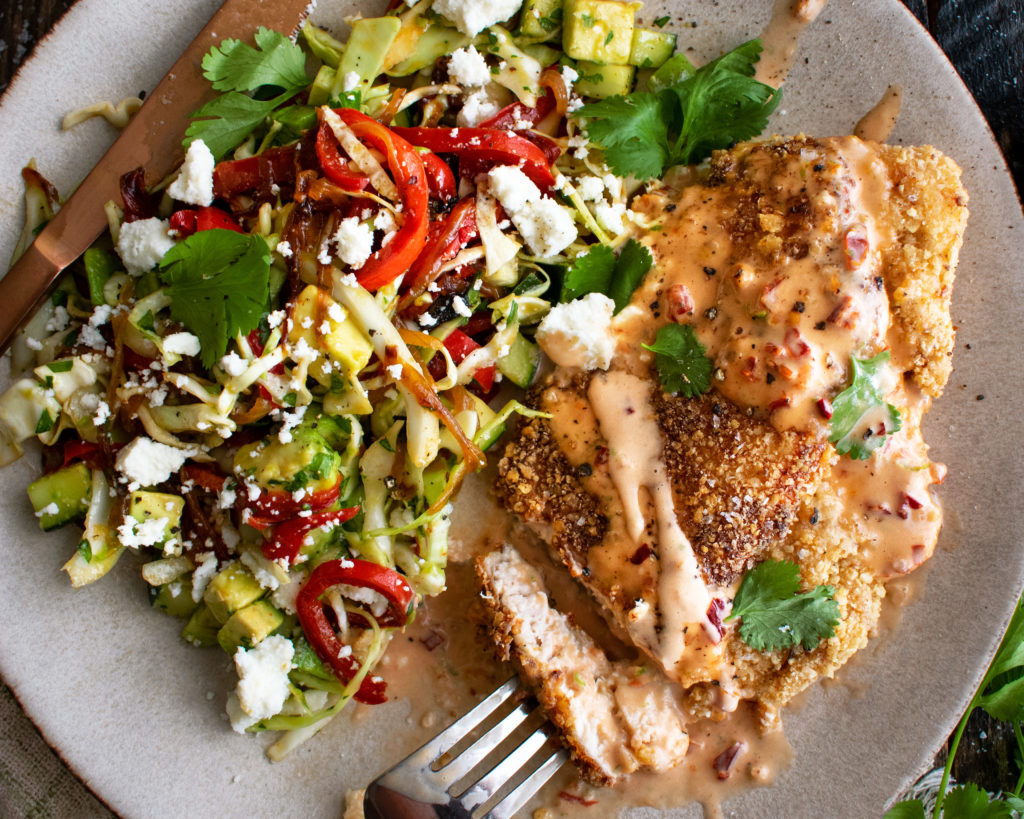