There’s nothing quite like a cheesy baked spinach artichoke dip hot and bubbling out of the oven, with plenty of toasted bread or crackers for dipping. It’s a really simple recipe that hits all of the right flavor notes and is highly addicting. Everyone will love this as a game day or holiday appetizer! 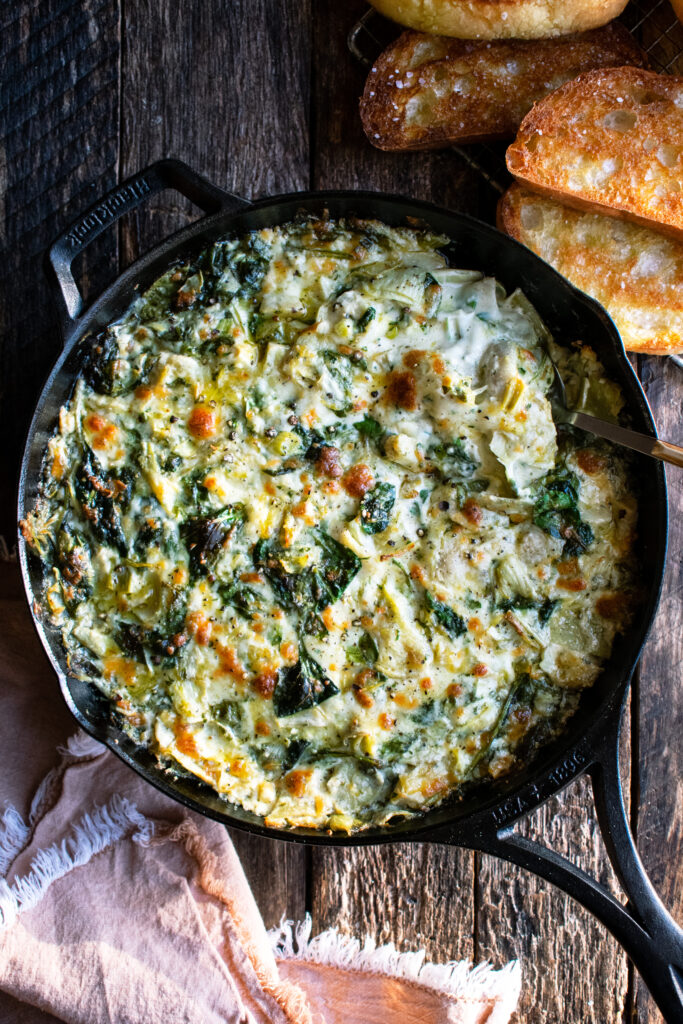 We’ve been making a version of this spinach artichoke dip in my family for awhile now. My dad’s base recipe was the inspiration. Simple ingredients and classic flavor. I added a few additions – Dijon mustard for a peppery bite, cayenne for a little heat, and parsley for freshness.

I also couldn’t help but throw in some mozzarella cheese. The cheese becomes gooey and melted on the inside, golden on top, and adds to the overall decadence of the dip. 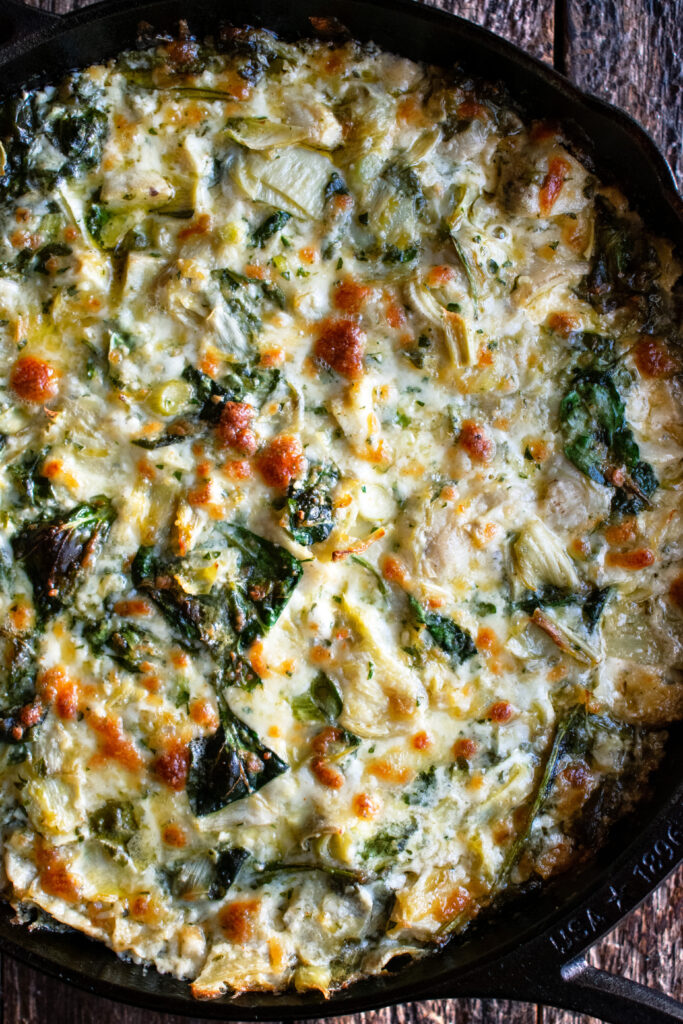 To make this recipe process a breeze, I suggest prepping all of your ingredients first – mince the garlic, drain and chop the artichokes, shred the mozzarella, slice the green onions, and chop the parsley.

From there, it’s as simple as mixing everything together, spreading the mixture into a cast-iron skillet (a baking dish would work as well), and baking until golden brown. The dip will be extremely hot right out of the oven, so I like to let it cool for just a few minutes before serving.

You can serve the dip with toasted bread – just slice some fresh Italian bread into thick slices, heat a skillet over medium heat, add enough olive oil to the skillet to coat the bottom, and toast the bread in the hot olive oil until golden and crisp on both sides – or crackers are just as delicious! 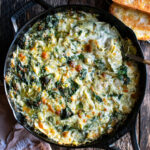 The dip may appear oily after baking because of heating the mayonnaise. If you’d like, you can use a paper towel to blot the top of the dip to remove some of the oil before serving. 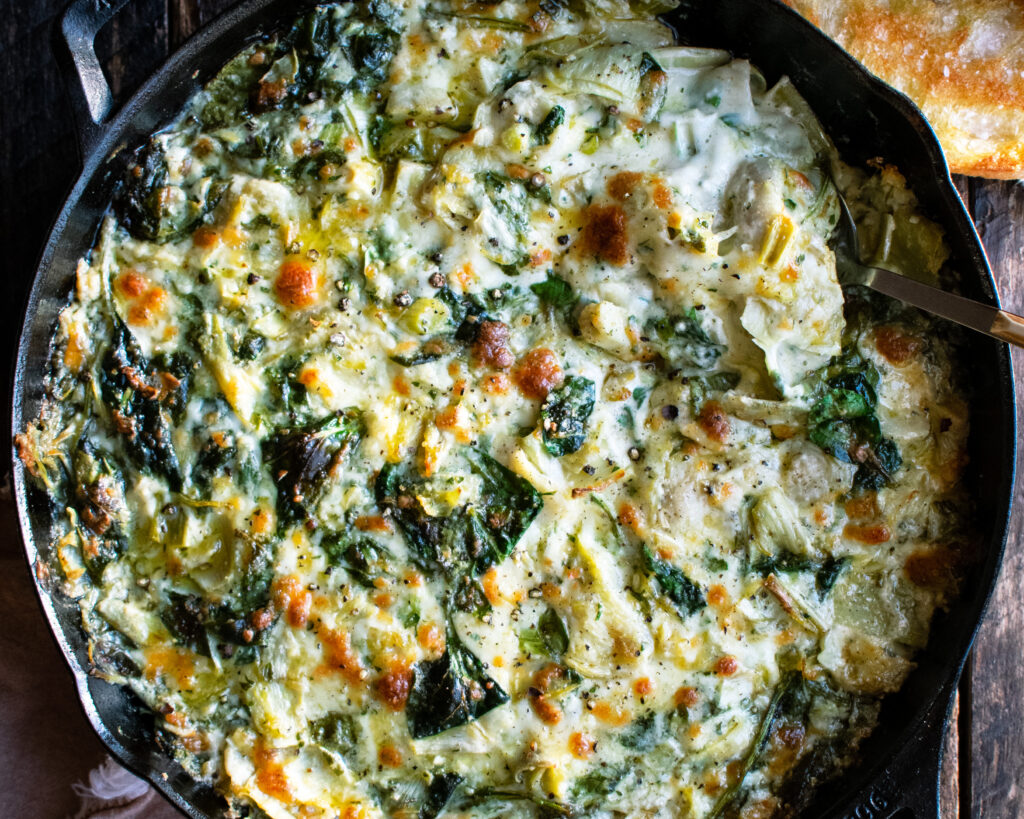