These soft, extremely flavorful spiced apple pecan blondies are such a treat. The apples are roasted with brown sugar and spices to intensify their flavor, then mixed into a brown butter pecan batter, and baked into bars. They’re topped with an apple syrup glaze and a little flaky sea salt for a sweet & salty touch. You can serve them as a holiday dessert or even as a special Thanksgiving breakfast. 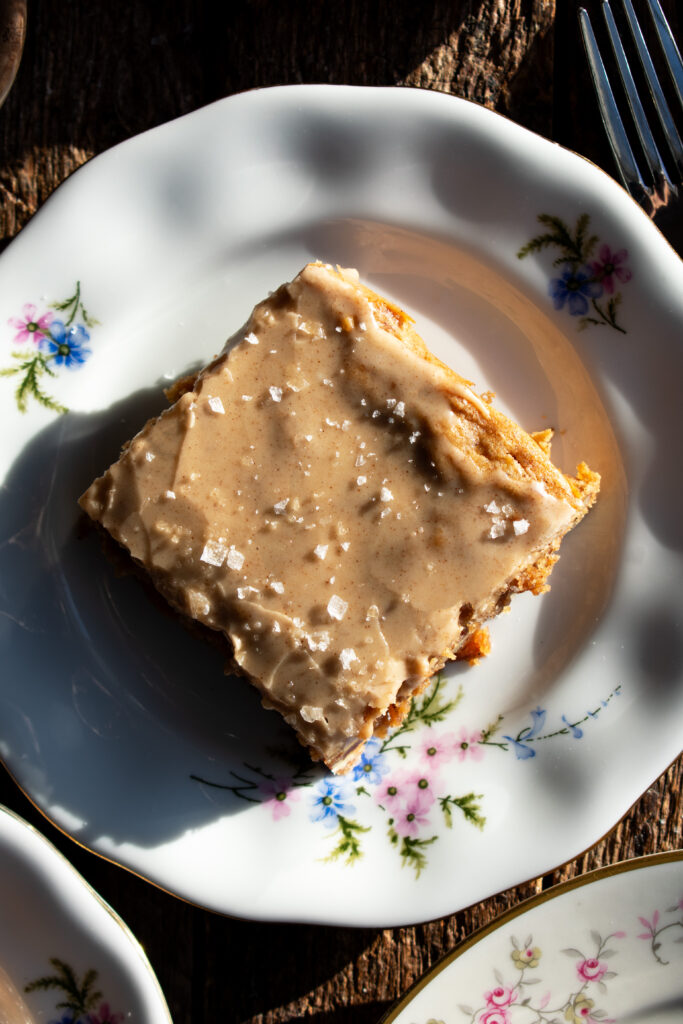 These blondies took a few tests to get just right. I wanted them thick, soft, and chewy, with the perfect amount of apples and spice, and an overall irresistible quality.

From a batch that was a little too cakey, to one that was too dry, to one with a few too many apples to allow the blondies to hold together…I finally landed on a recipe that is juuuust right.

These spiced apple pecan blondies are rich in flavor with a strong cinnamon note and subtle hints of nutmeg and cloves. They’re dense and chewy like a brownie, yet the texture has a slight lightness to it. There’s browned butter and a hefty glug of vanilla, plus plenty of chopped pecans for added texture. 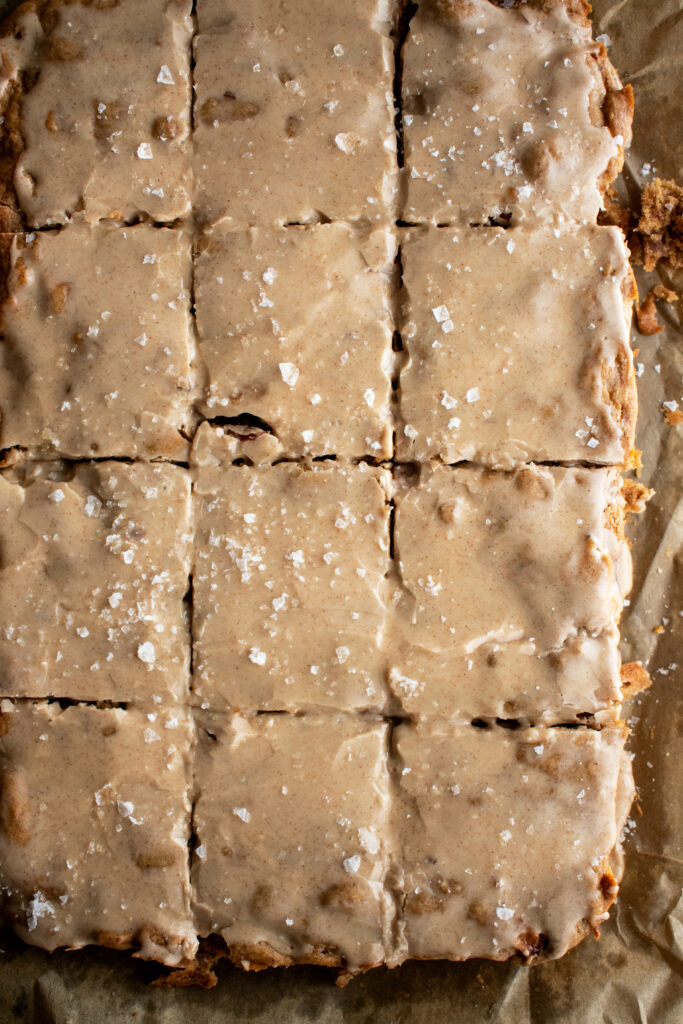 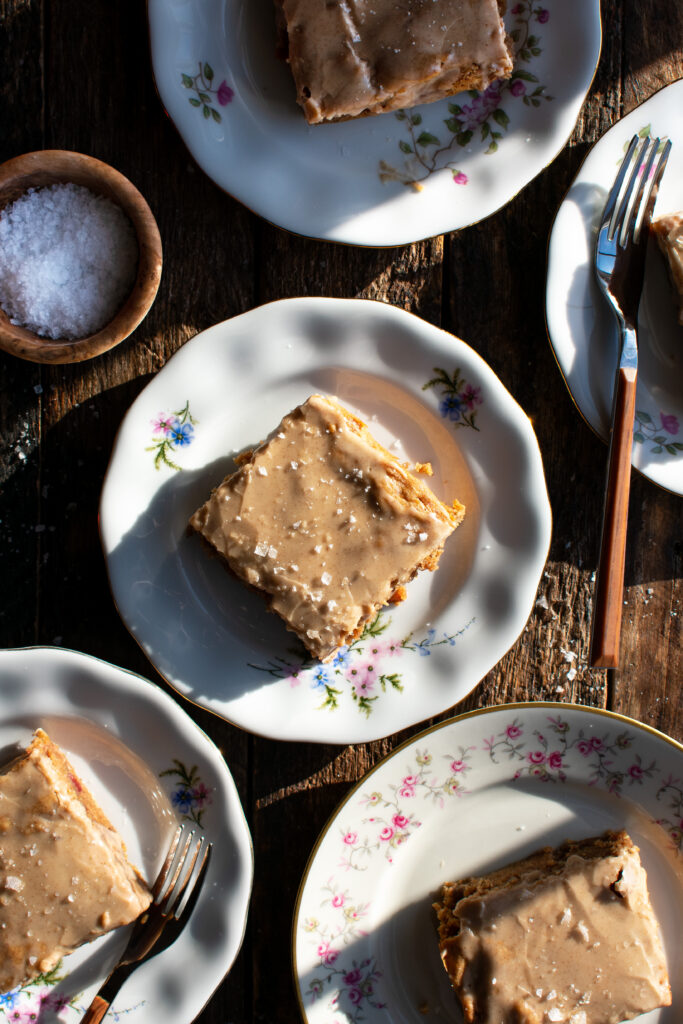 You’ll start by roasting the apples with brown sugar, cinnamon, and a pinch of salt until they’re caramelized. The apple flavor becomes more intense, richer, and sweeter. You’ll also be left with a brown sugar apple syrup that turns into the perfect glaze when mixed with powdered sugar.

The batter comes together easily in one bowl with the addition of nutty brown butter and lots of vanilla. More cinnamon, a little nutmeg, and cloves add so much warmth and give these blondies an undeniable fall aroma. 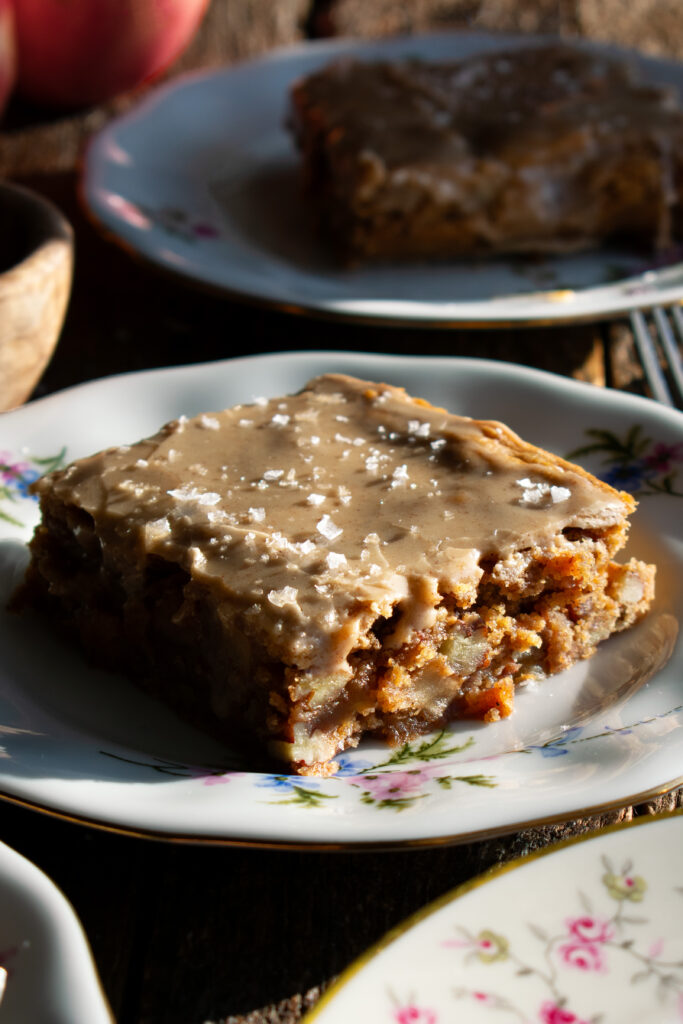 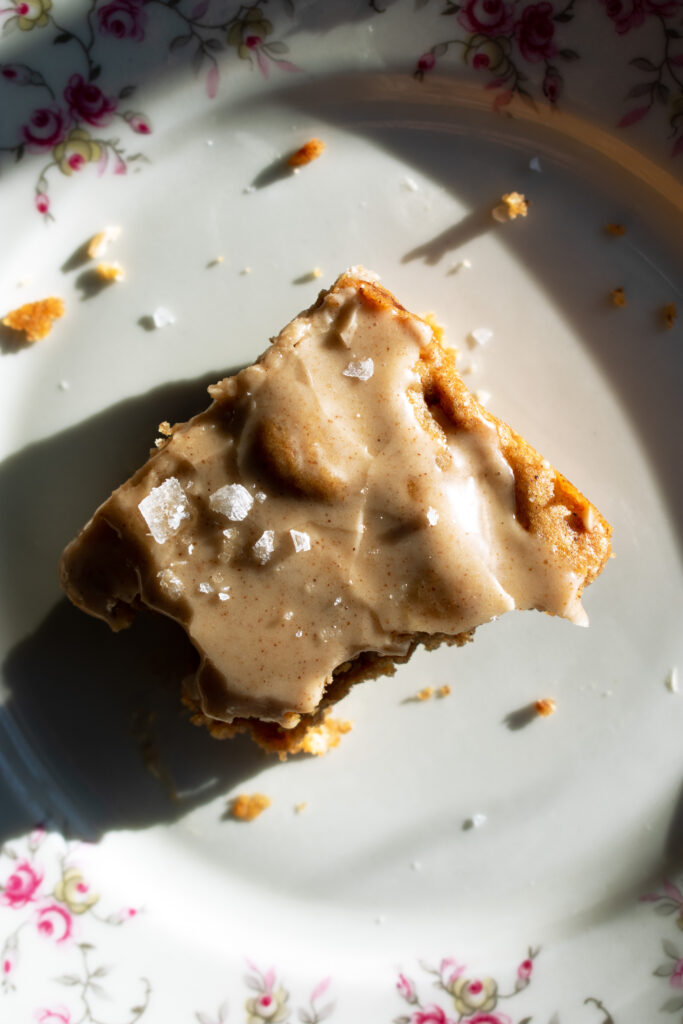 Once the batter is combined, you’ll spread it into the same baking dish that you used to roast the apples. The batter bakes up into a golden sheet of goodness. You’ll want to let it cool a bit before glazing so that the glaze is able to set.

After the glaze sets, just cut the sheet into bars and they’re ready to serve! A little flaky sea salt brings out all of the flavors and gives the blondies quite an addicting quality.

They’ll have a rustic, imperfect look which I just love…really gives them that homemade feel! 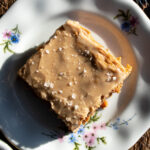 If you’re making these blondies for a holiday party with lots of people, you can easily cut them into 24 smaller blondies so everyone can have a bite! 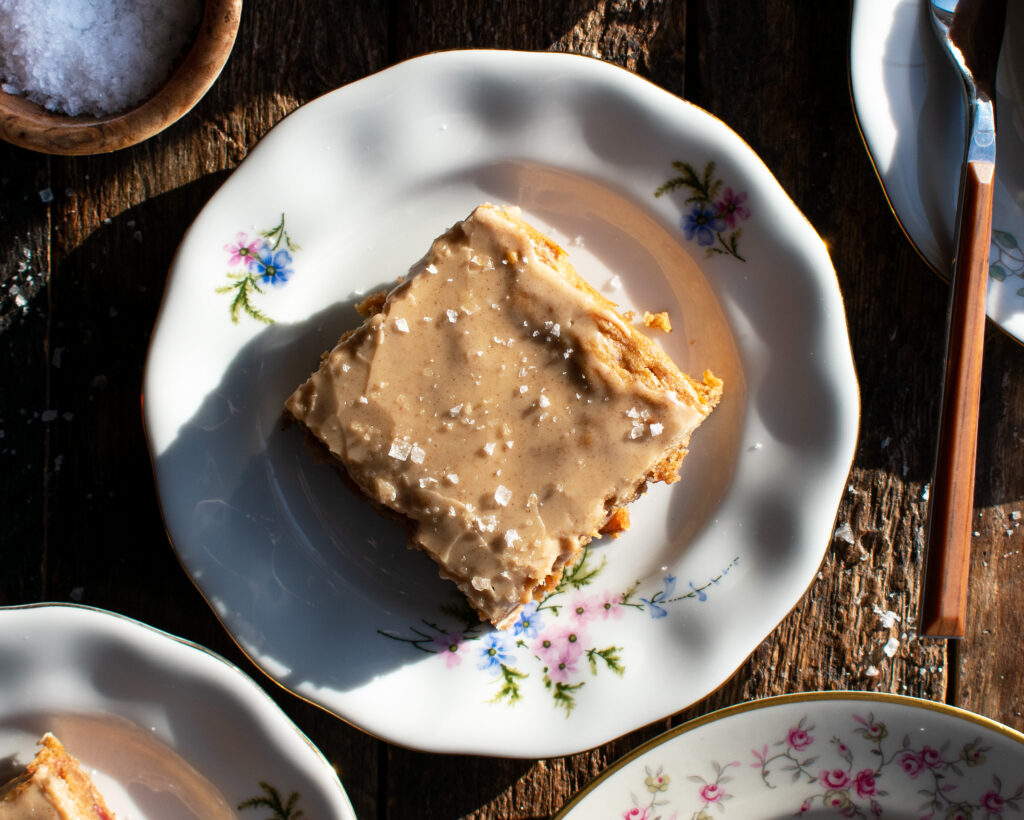