The time has come to start thinking about what we’ll be eating on Christmas. Since my family has our traditional dinners we make for both Christmas Eve and Christmas Day, I decided to put all my festive energy into the appetizers. I’ve created a huge appetizer spread that is full of little treats for everyone to enjoy. 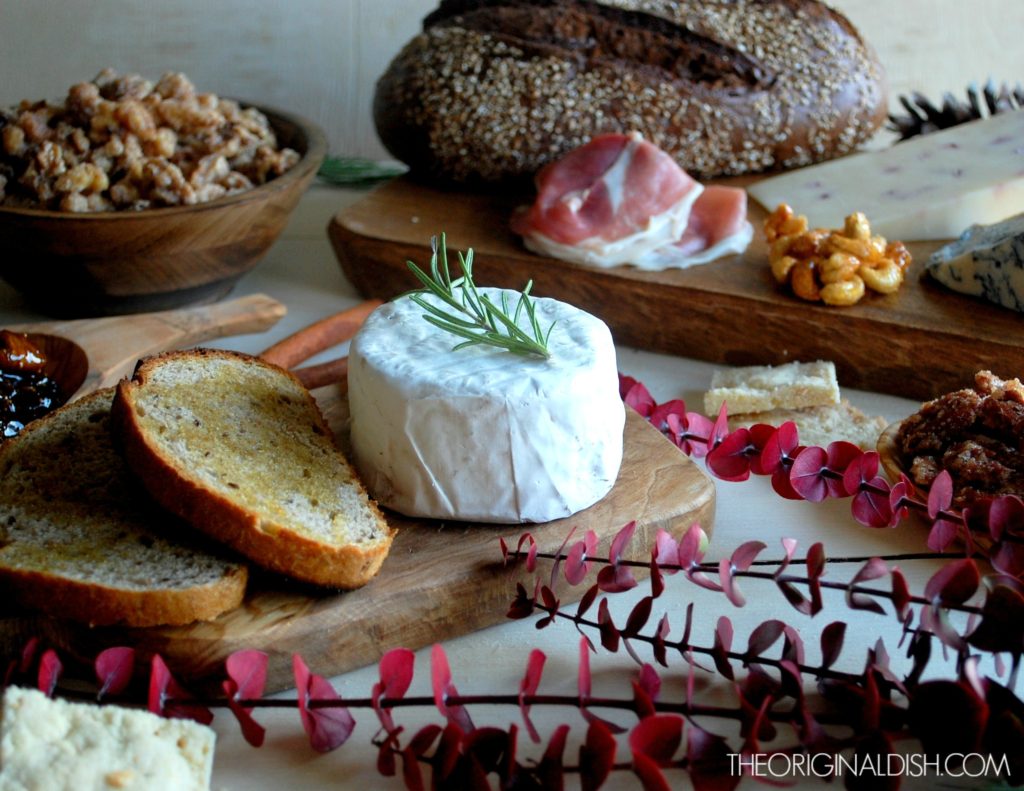 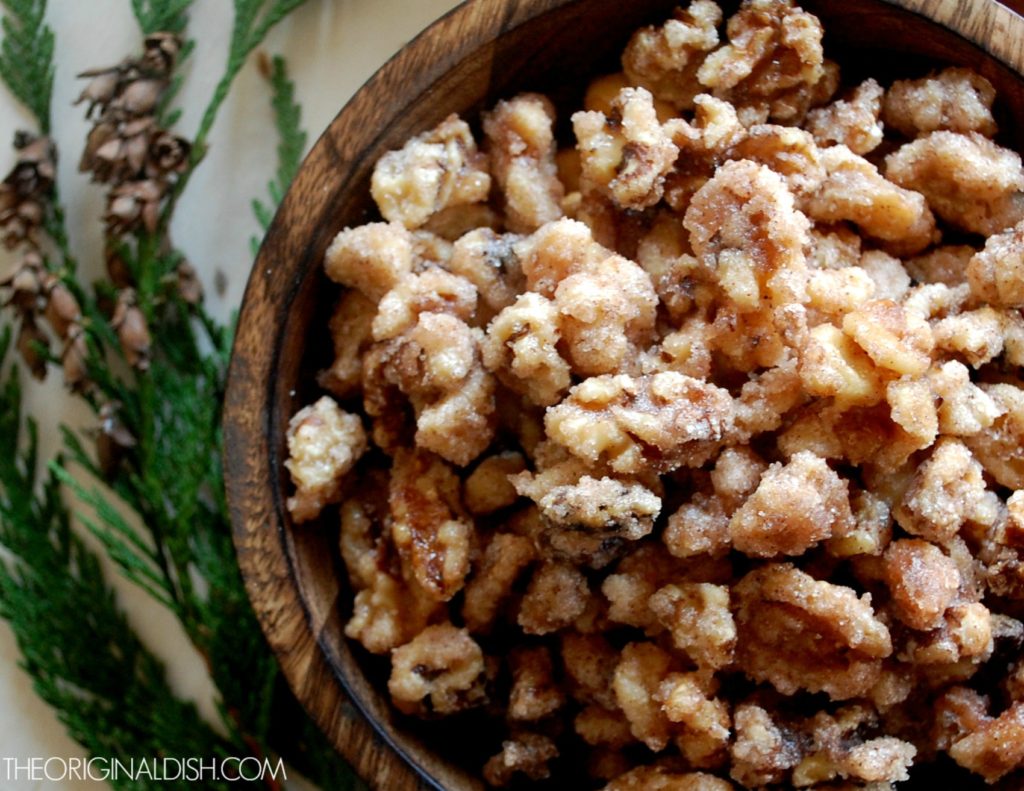 While none of the recipes in this spread would really work as appetizers on their own, together they create a wonderful arrangement. I start by making super simple and incredibly addicting candied nuts. This recipe is one of my favorites because as long as you know the basic steps, you can interchange the ingredients and create whatever kind of nuts you like. A family favorite are my spiced pecans, which have just a touch of cayenne pepper to give some heat. I’ve included two other variations: cinnamon walnuts and mandarin orange cashews. But get creative…the possibilities are endless! 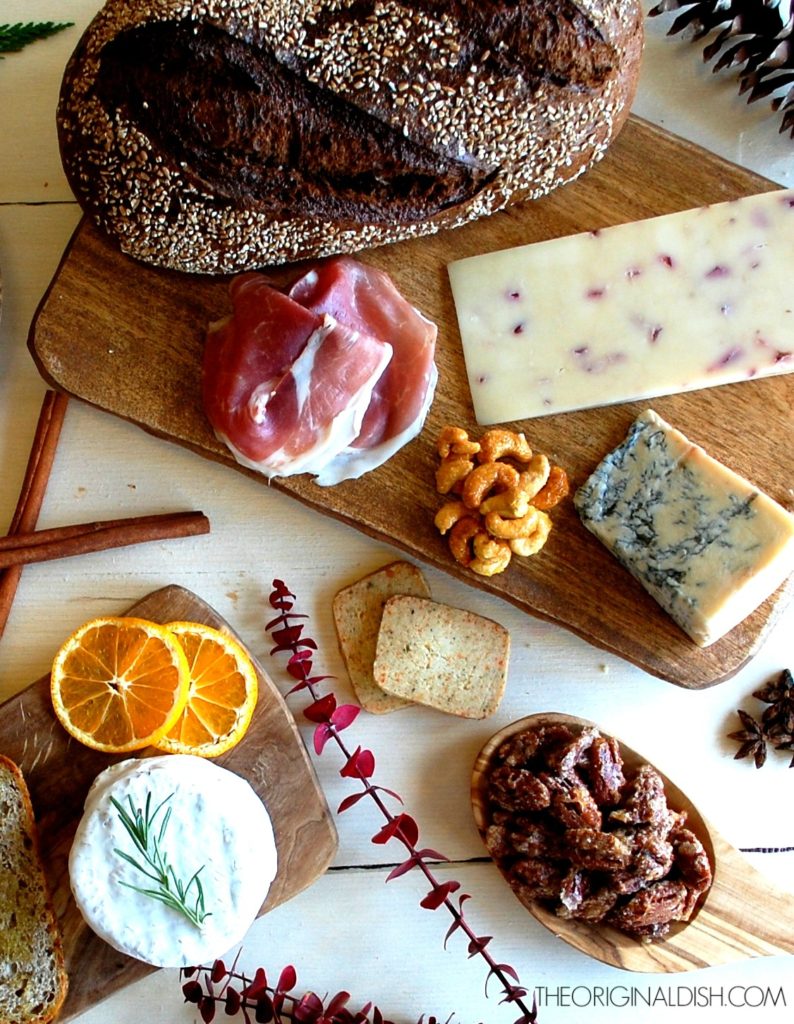 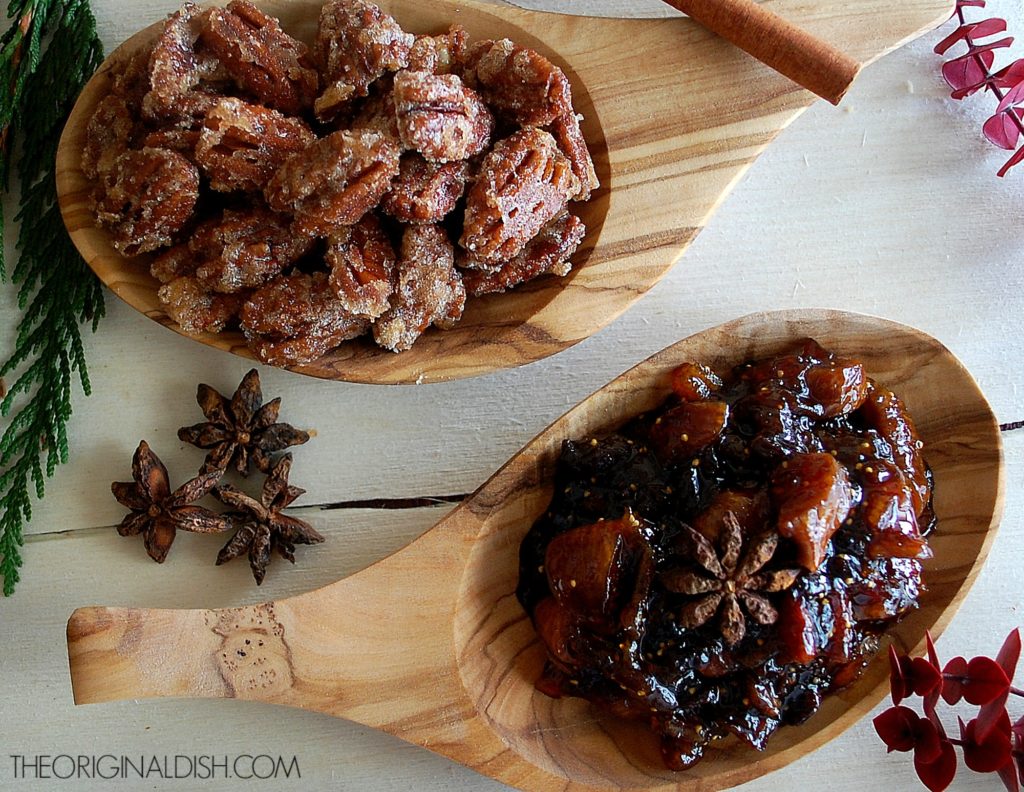 My intent for this spread was to only make Parmesan-rosemary shortbread. These came out slightly sweeter than I wanted, so instead of adapting the recipe, I just made a second version: peppery Parmesan crackers. Both are delicious. Both are worth making. The shortbread could also be served as a savory dessert, but works great with the other components of the board (especially the prosciutto!). The heat from the pepper in the crackers goes really well with the mandarin orange & dried fruit marmalade I make. This marmalade is what makes the board truly special. It’s cooked low and slow to develop all of the sweet flavor, the warm spices of the holidays, and the citrusy bite from the mandarin oranges. 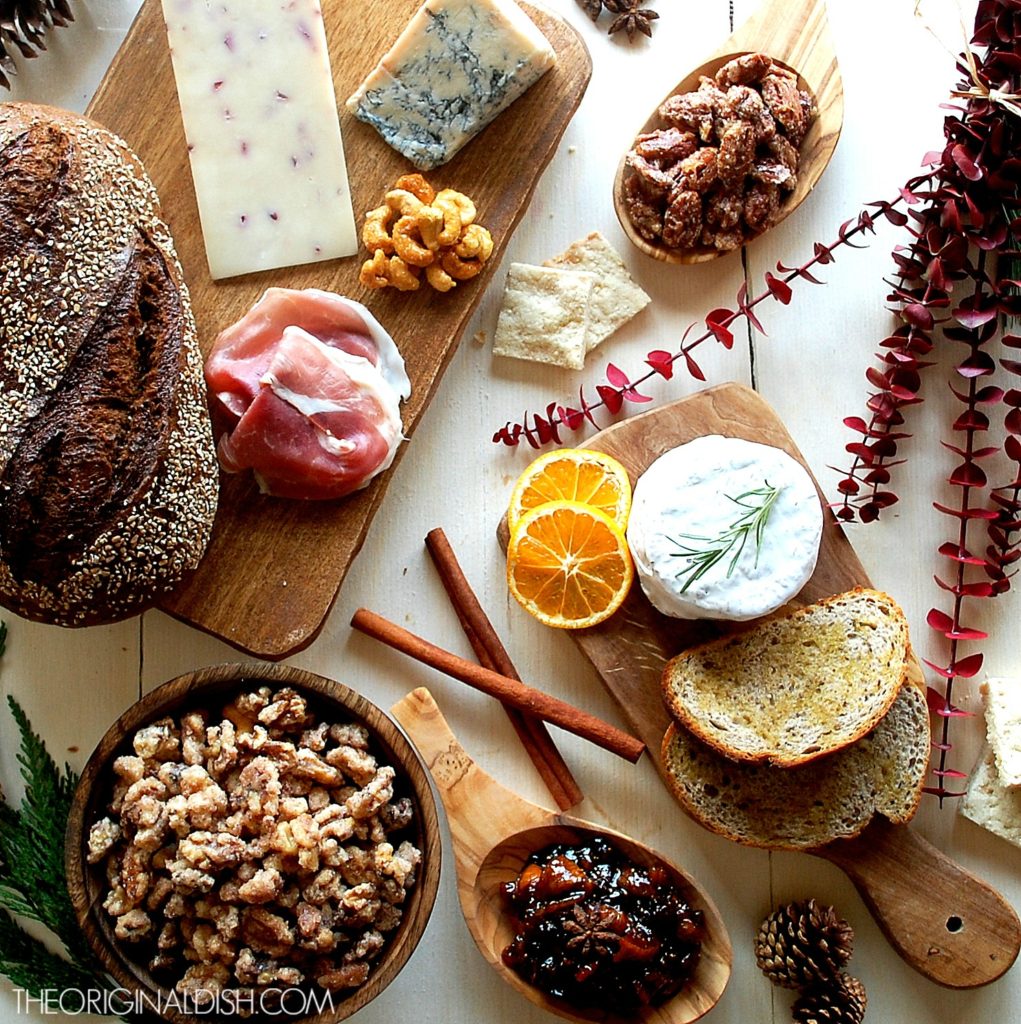 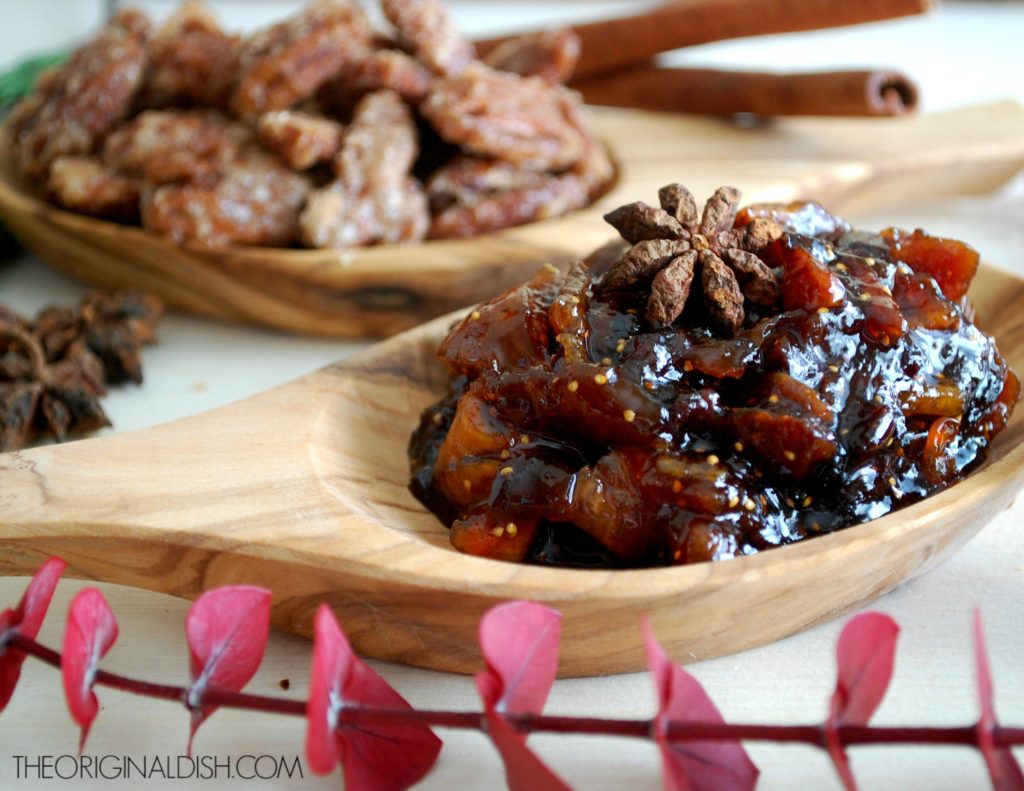 This spread wouldn’t be complete without some meat, cheese, and of course…bread! For my spread I went light on the meat, just serving thinly sliced prosciutto. I figured it’d be a crowd favorite. If you want to get more adventurous, Bon Appetit has an awesome article on picking meats for charcuterie boards. For the cheeses, I tried to give a small variety, hopefully pleasing everyone. I found a cranberry-cheddar that was festive and perfect for the kids. I also picked a Blue Stilton that’s creamy and tangy, and I included Camembert, a soft cheese that is perfect for spreading. 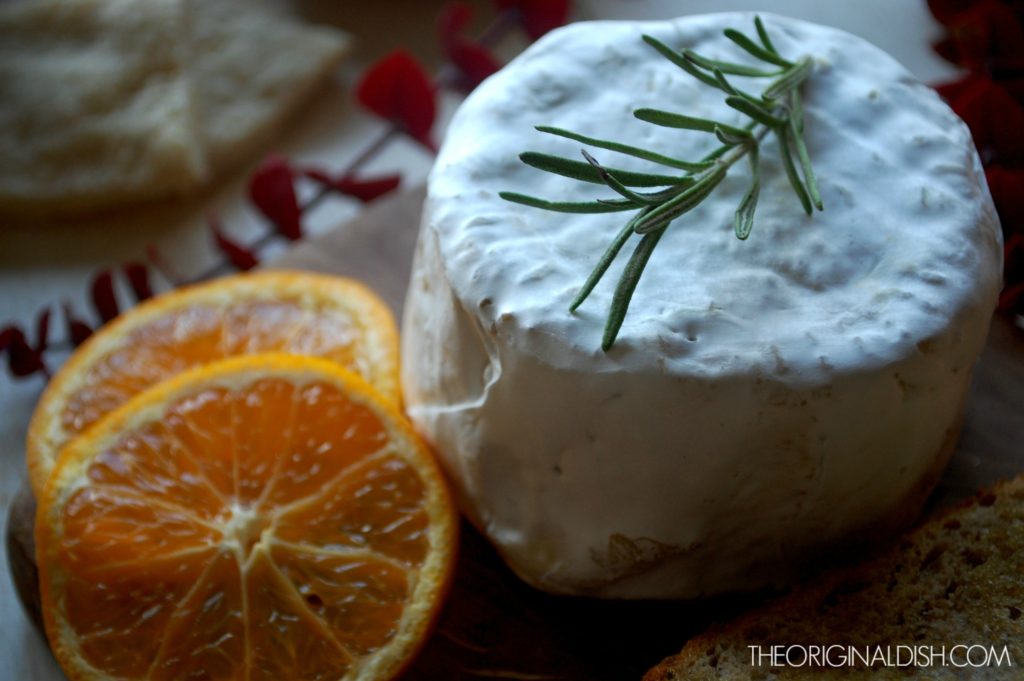 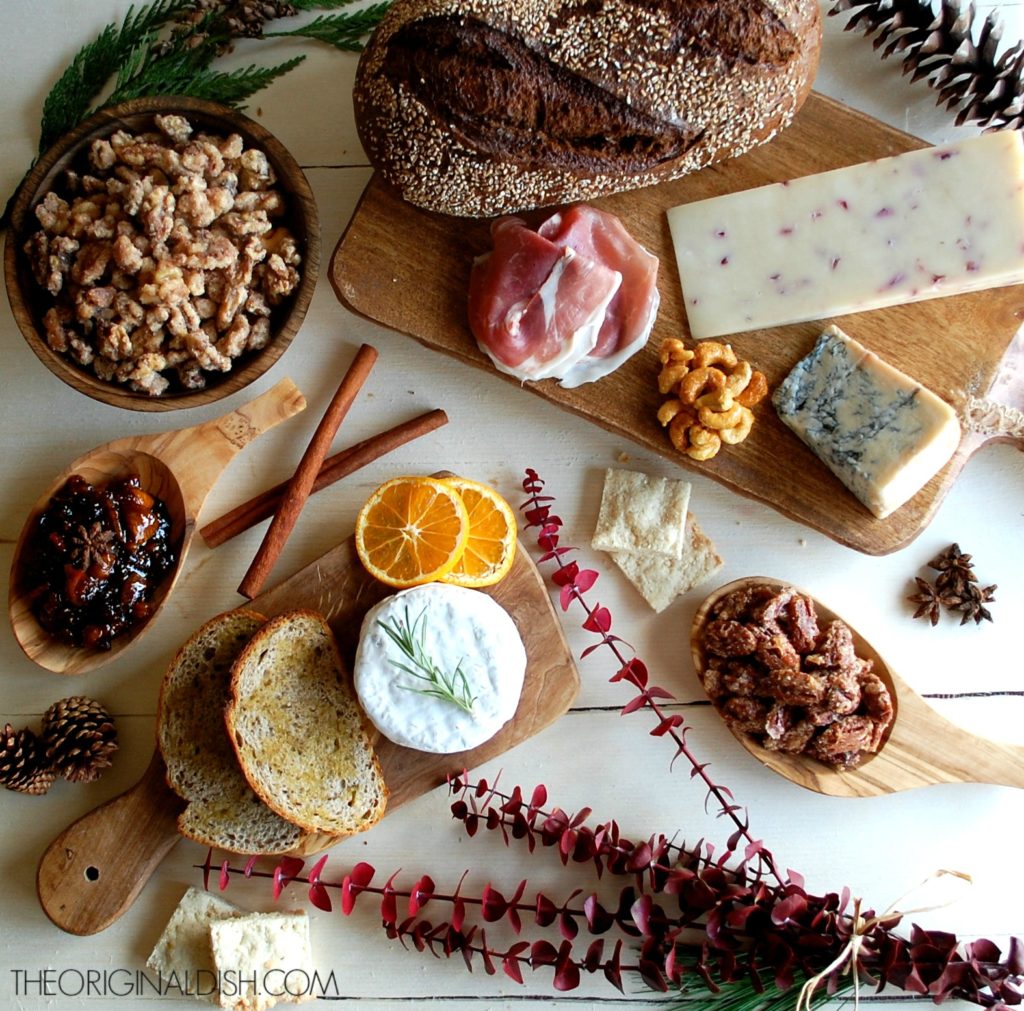 Lastly, I slice loaves of rye and pumpernickel bread before drizzling them with olive oil and toasting them up. Everything is arranged onto boards to create a beautiful display. I give everyone their own plate so they can pick and choose what they want on it. My favorite combinations are shortbread + prosciutto + blue cheese and toasted rye + Camembert + marmalade. Enjoy!