Nothing can compare to a perfectly cooked piece of meat. Tender and juicy…bursting with flavor… It is simply the best. Especially around the holidays, I love making dinner a little bit special with a nice rib-eye, maybe a veal chop, or even a duck breast. Over the Thanksgiving weekend, my dad and I made prime rib with a thick salt crust for a family gathering. Everyone was raving about the flavor and tenderness of the meat, so I was inspired to try something different and make a crusted beef tenderloin, but this time with NUTS. 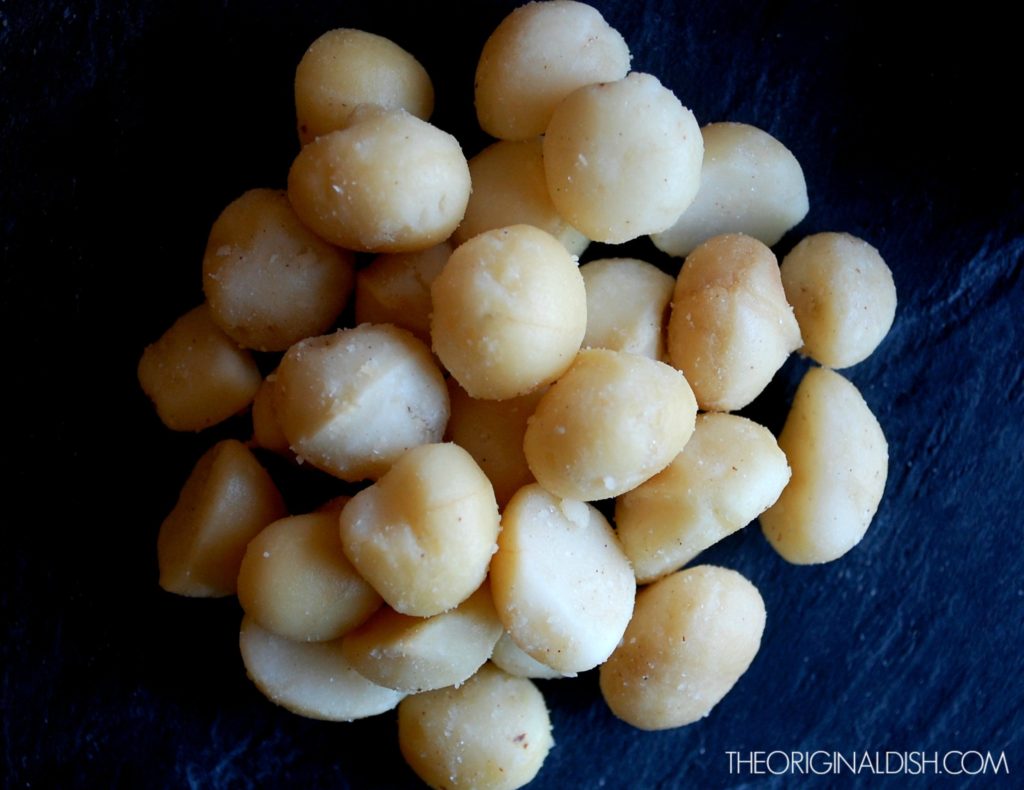 I was originally going to use pistachios for the crust of my beef tenderloin, but when I was strolling through Whole Foods, I saw a bag of macadamia nuts and decided these would be even better. Plus, I don’t use macadamia nuts often, so I figured why not! I asked the butcher to cut me a center piece of the tenderloin, and I had him trim off some of the fat. When I got home, it was time to sear the meat! I sear it in hot oil until brown on each side. You want to do this before coating the meat with the nuts or else it will never form its natural crust, which really locks in all of the juices. 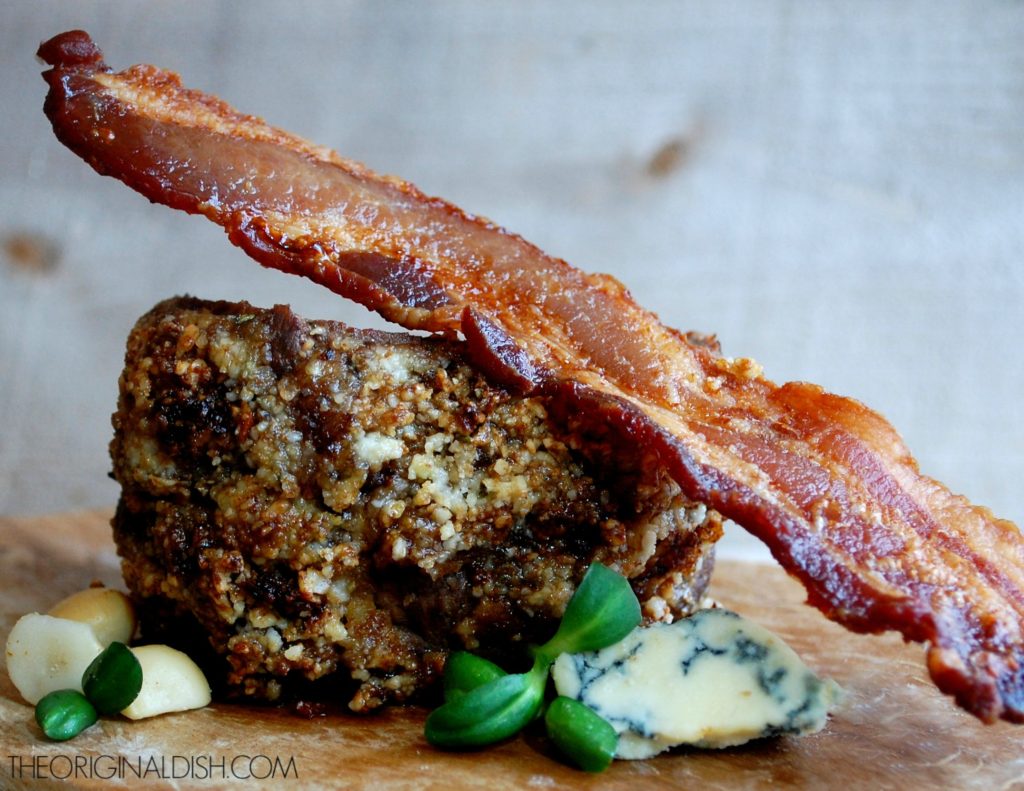 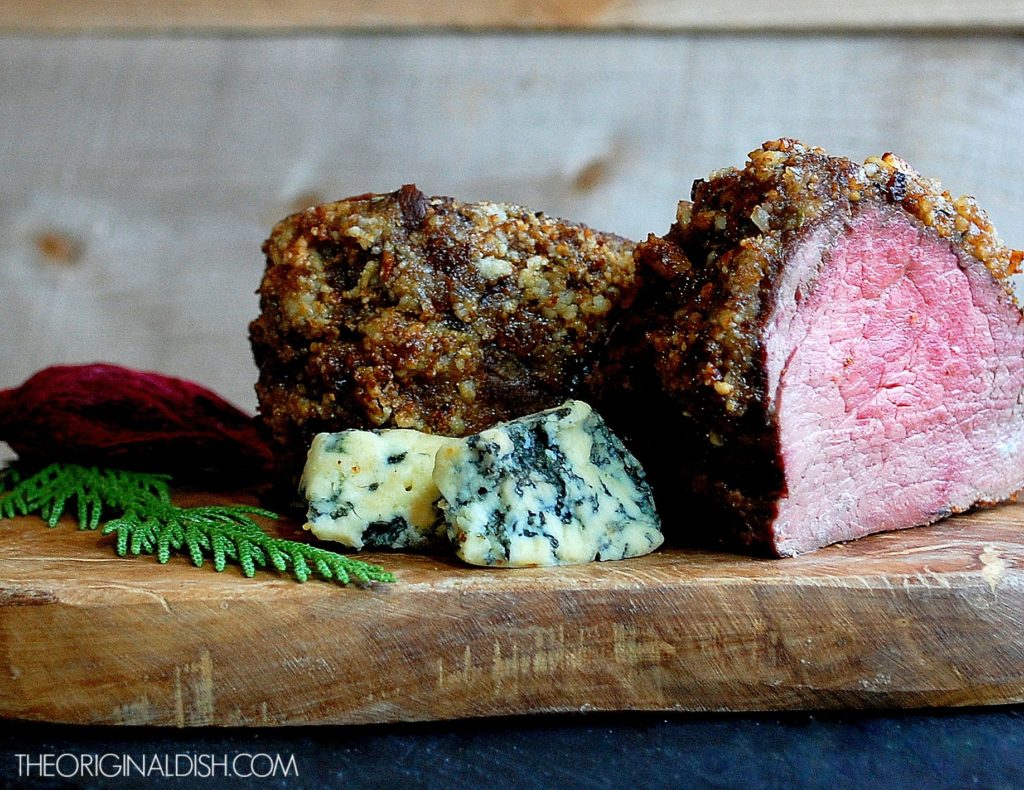 While the meat cools a bit, I create a flavorful mixture of egg yolk, mustard, molasses, Worcestershire sauce, and garlic powder. The meat gets rolled in this mixture and coated with all of the rich flavor. I then pulse the macadamia nuts with some fresh rosemary before packing them onto the top and sides of the meat. Do your best to make the nuts stick; they can be stubborn sometimes, but the egg yolk mixture should help! Once the meat is coated with it’s beautiful crust, I roast it at 425 degrees. I like my meat medium rare, so I pull it out when the internal temperature is about 130 degrees. If you like it more well done, then keep cooking until the meat reaches around 150. Another tip: if the nuts are getting too brown, cover the meat with a piece of aluminum foil until it’s done cooking. I then let the meat rest for about ten minutes before cutting, so the juices redistribute and stay inside the meat, instead of all over the cutting board. 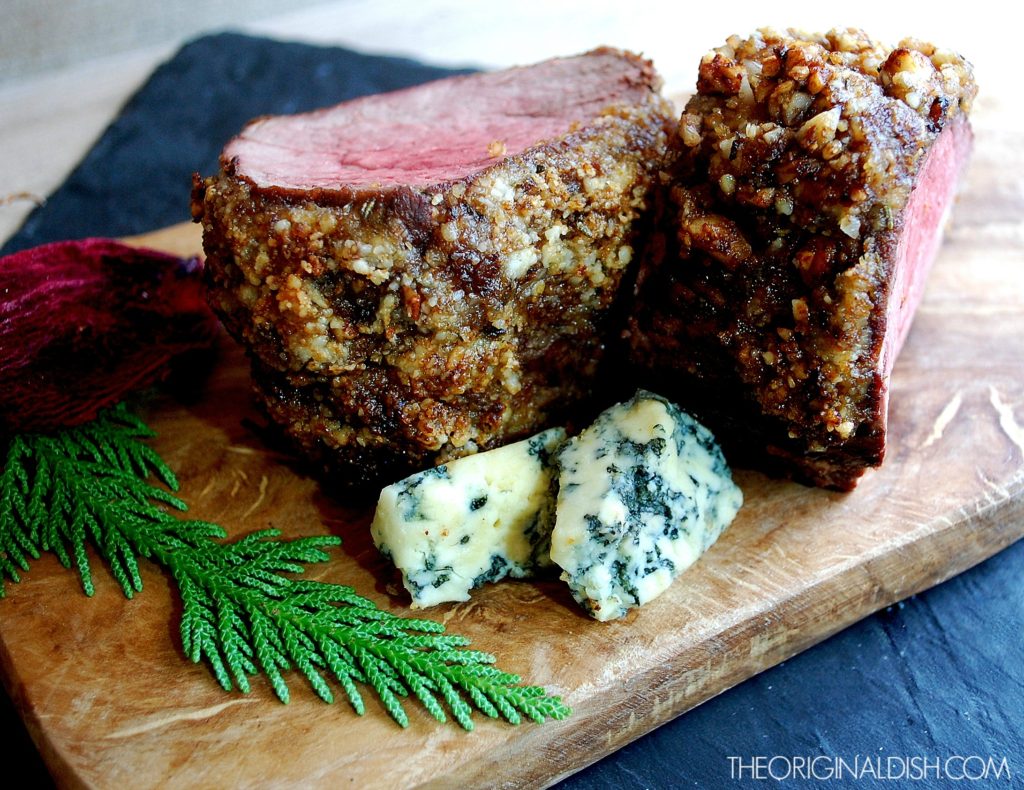 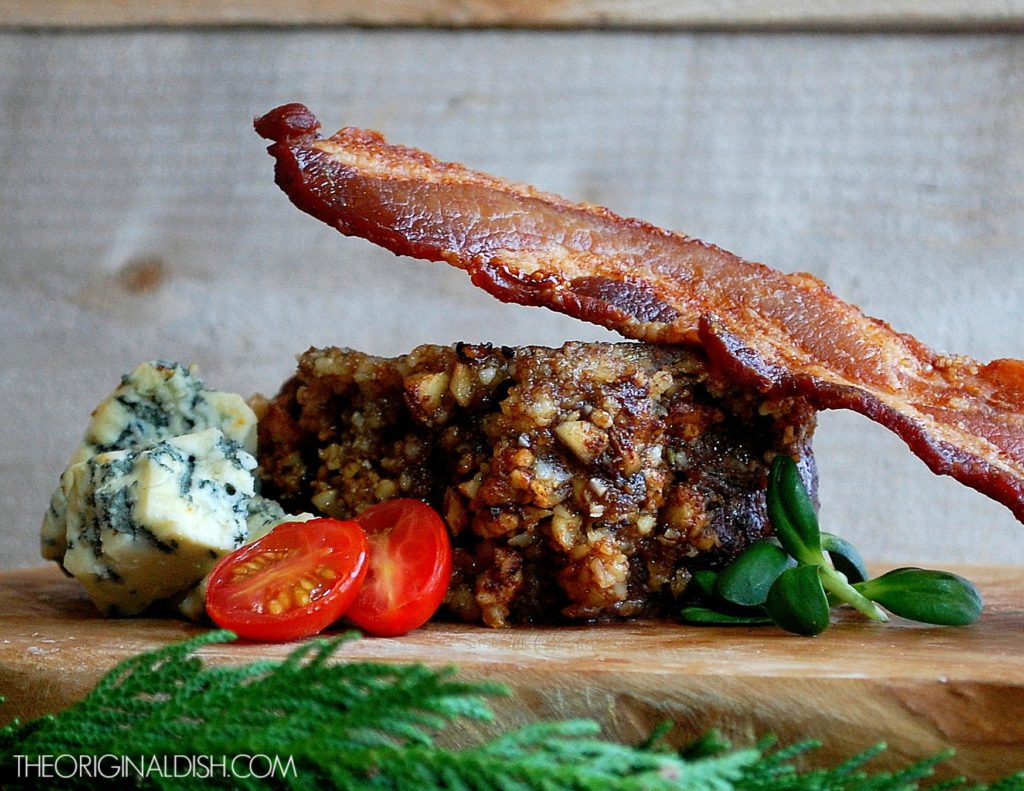 And now to heat things up a bit: habaneros! Or in reality…a very thin slice of a habanero. I first made this sauce with a whole habanero, seeds and all, only to find that it was so unbearably hot that I could not keep it in my mouth, let alone swallow it (and proceeded to drink about 5 glasses of milk). My new and improved sauce uses only a thin slice from half of the pepper, a much more reasonable amount of heat. The pepper infuses its heat into a reduced sauce of red wine and red wine vinegar. I add some more flavor with fresh ginger, smashed garlic, and a few cloves. Brown sugar sweetens the sauce, and compliments the heat of the pepper. Everything is strained and you’re left with a rich, syrupy sauce that’s soaked up by every bite of meat. 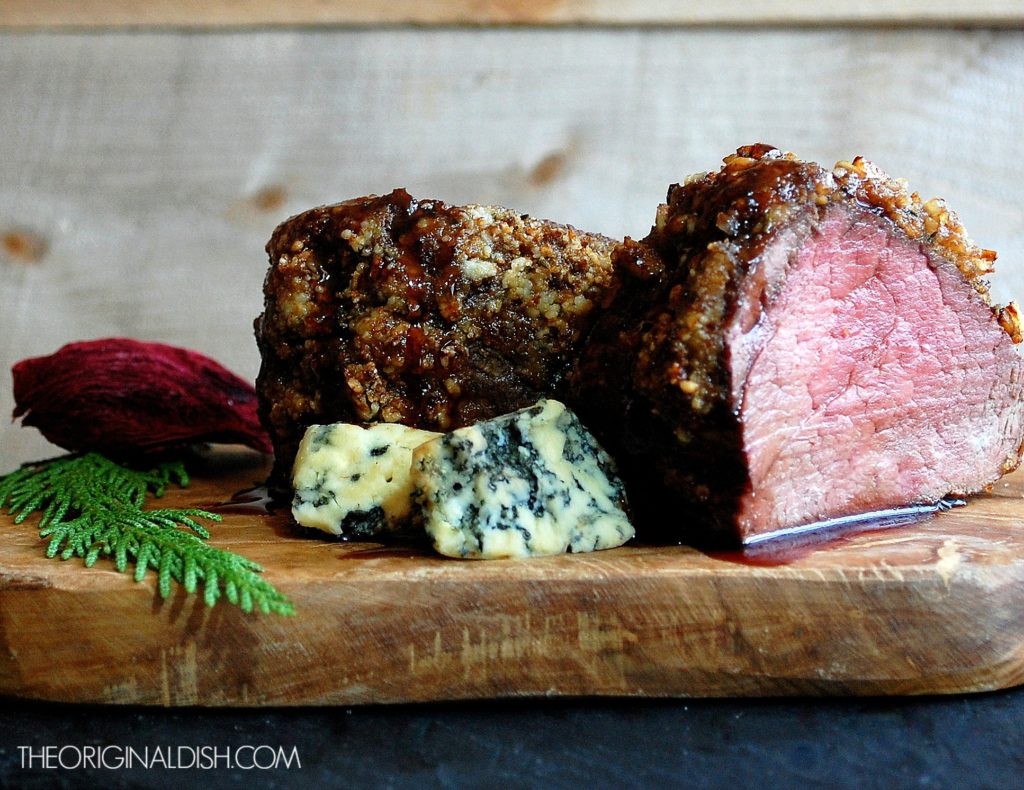 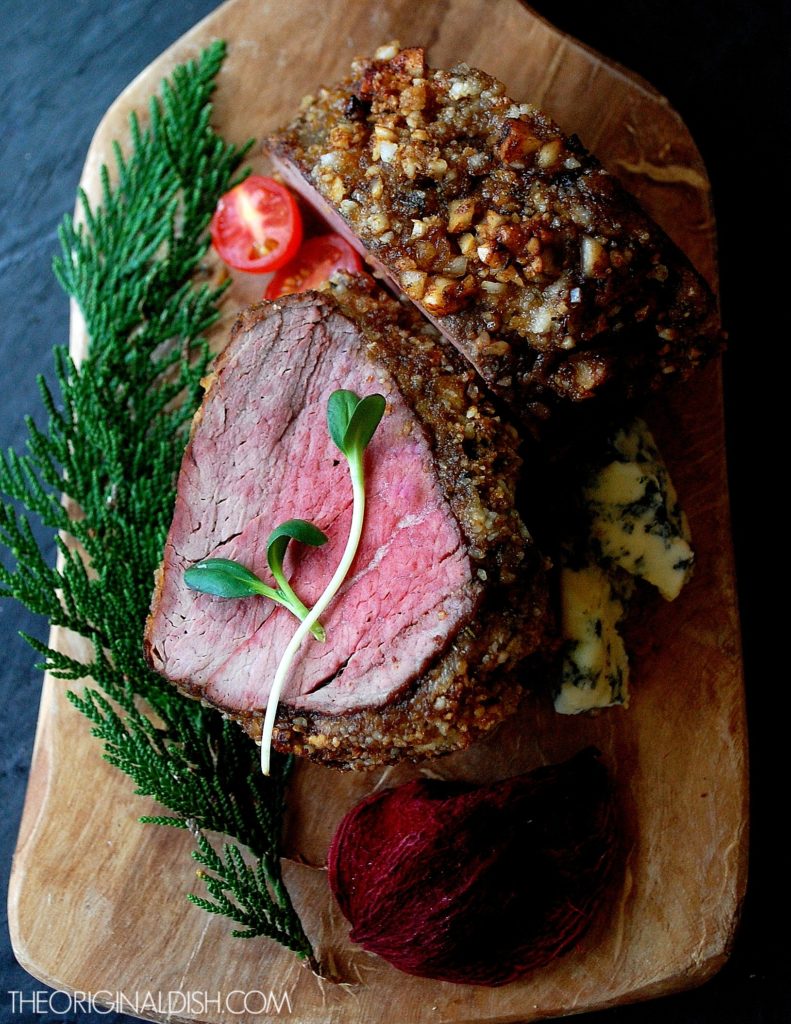