A fun Mexican potato hash to spice up your breakfast routine! Crispy fingerling potatoes, spicy peppers, juicy summer cherry tomatoes, and bold Mexican spices. Topped with fried eggs, avocado, and a quick lime yogurt sauce. It’s a simple and healthy, yet extremely flavorful, egg dish for when you need to mix things up. 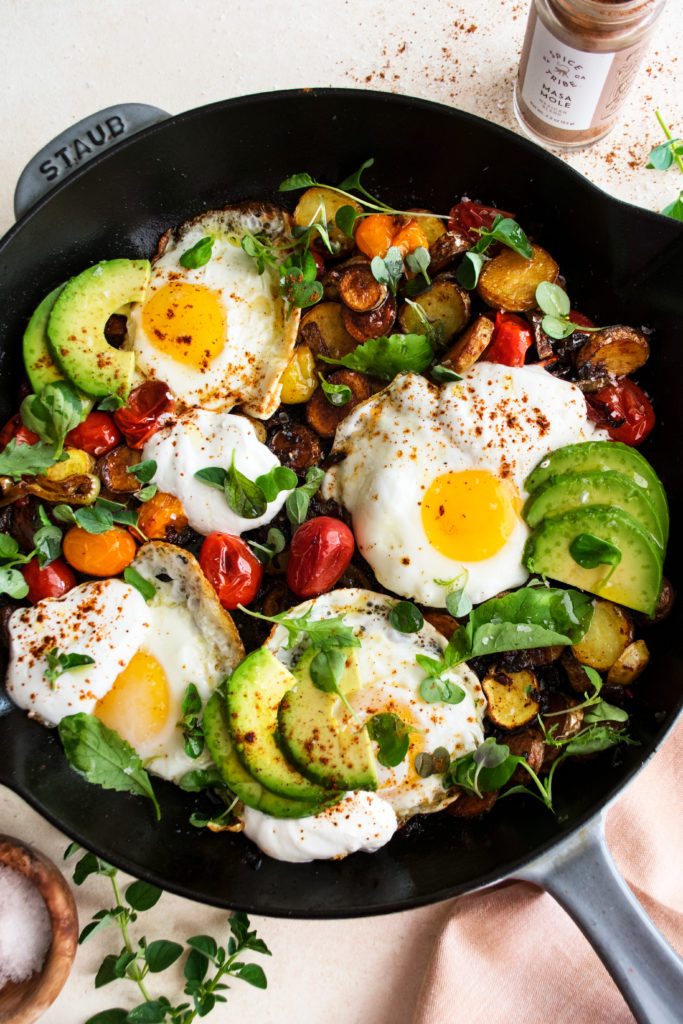 Sharing another recipe in collaboration with Spice Tribe today! In June, I kicked things off with a vibrant spicy grilled shrimp salad, and so far it has been SUCH a hit! So glad you guys are loving it. Truly one of my favorite summer salads.

Spice Tribe spices always give me lots of inspiration and help to add SO much flavor to recipes without any effort. This Mexican potato hash incorporates Masa Mole, a blend of ancho, guajillo and chipotle chilies with cinnamon, allspice, garlic, onion, and oregano. All of their blends are ground fresh in small batches, so the flavors are always extremely bold and delicious.

I think the Masa Mole blend would be a great ingredient to use in an authentic Mexican dish to quickly add traditional “mole sauce” flavor, but I decided to use it in more of an everyday recipe – a crispy potato hash with summer peppers & cherry tomatoes. 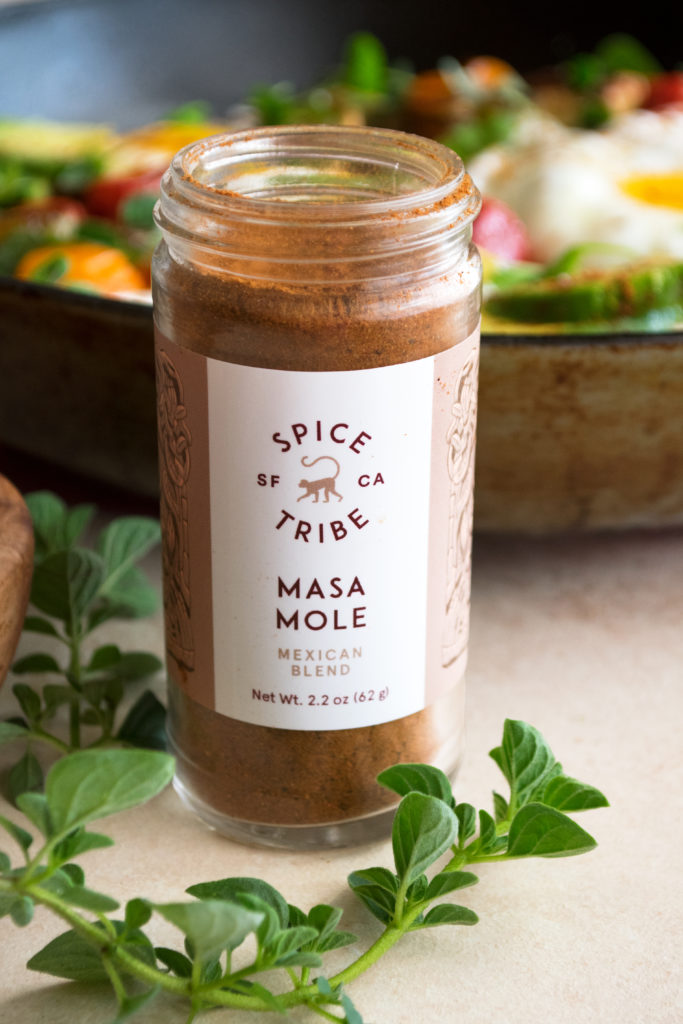 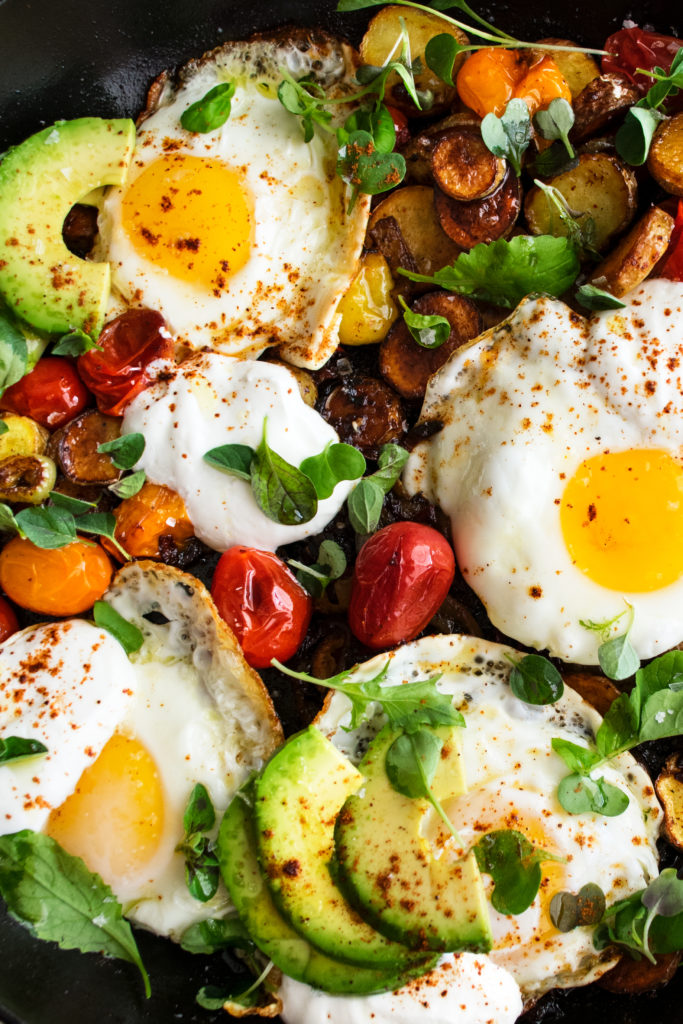 You’ll start things off by crisping up some thinly sliced fingerling potatoes. I like to do this right in a large skillet, giving the potatoes lots of space to become golden and crisp. These get transferred to a plate, and then you’ll build the rest of the hash. Some shallot, fresno chile peppers, poblanos, and cherry tomatoes go right on in. Cooked down until burst and caramelized.

At this point, you’ll stir in the Masa Mole blend. The spices will heat through and become extra fragrant. Finishing touches of red wine vinegar, lime juice, and fresh oregano give the mixture lots of bright flavor.

Plate this up with all the fixings – fried eggs, creamy avocado, and a lime yogurt sauce (just yogurt, lime juice, and salt combined). You can also use sour cream in place of the yogurt if that’s more your thing.

Perfect weekend breakfast to whip up or honestly I’d make this any time of day! It’s fun, fresh, full of seasonal produce, and simply so flavorful. 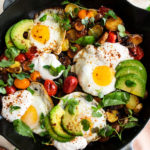 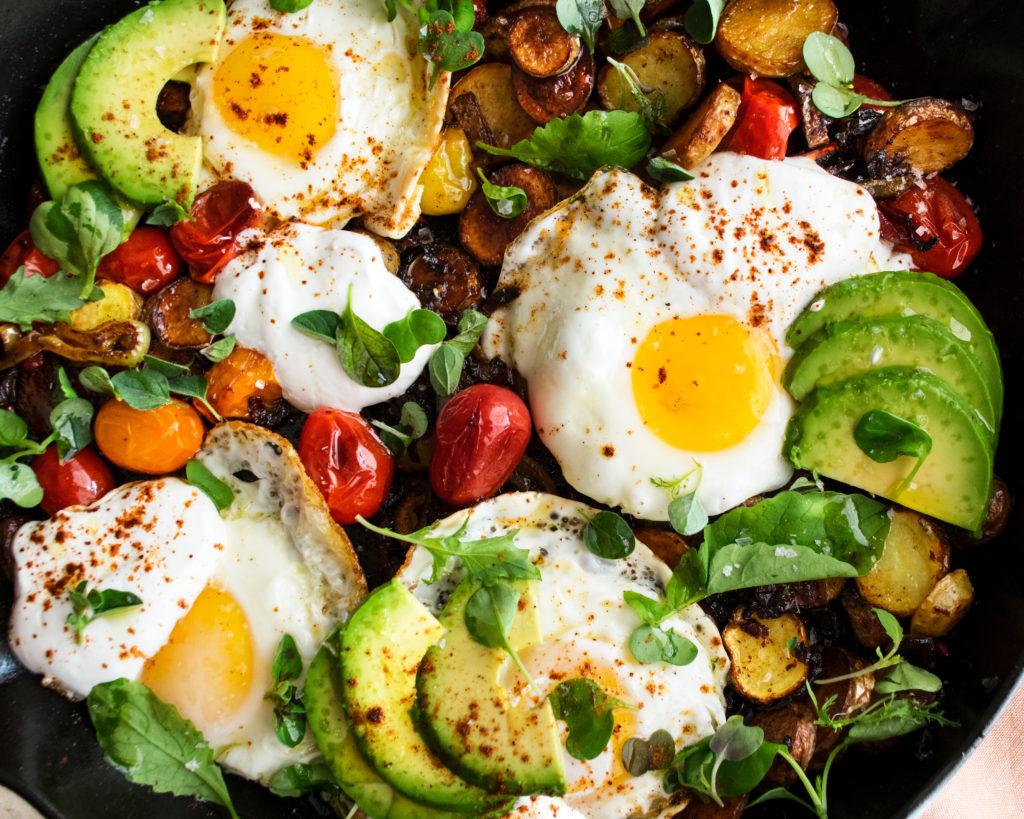