The most delightful weekend kind of breakfast: sour cream french toast with brown sugar peaches. Thick slices of brioche bread dipped into a rich vanilla egg mixture, cooked in hot butter until golden brown, and then baked until cooked through. The toast is topped with intoxicating caramelized brown sugar peaches (plus all of that peach-infused syrup) and a simple sour cream topping. Tangy, sweet, buttery, indulgent…this is one of those very special recipes that is worth every single bite. 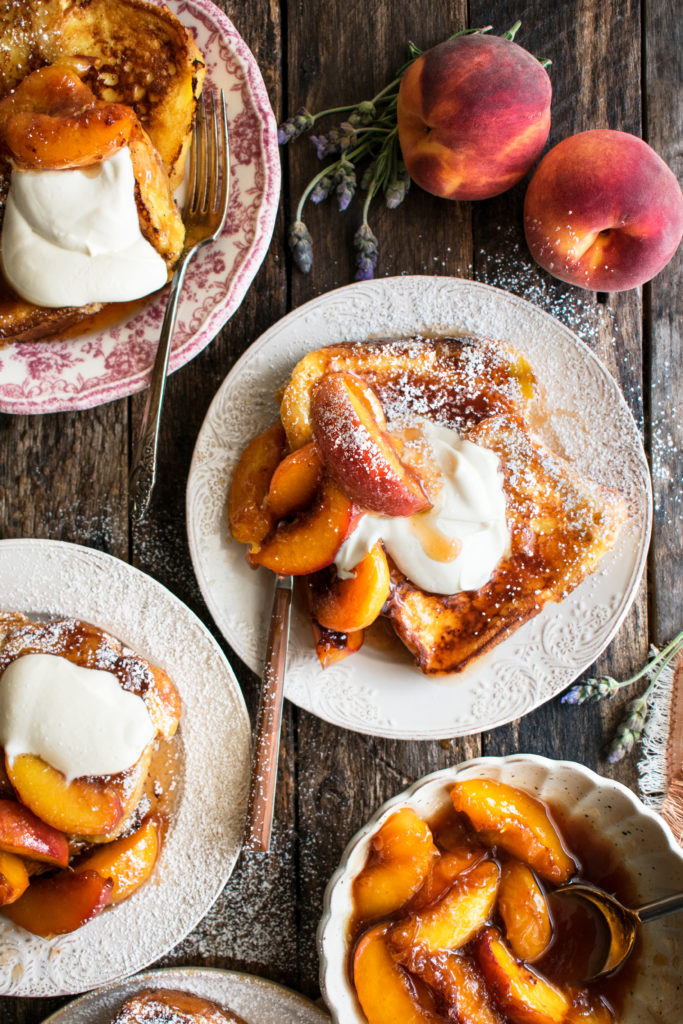 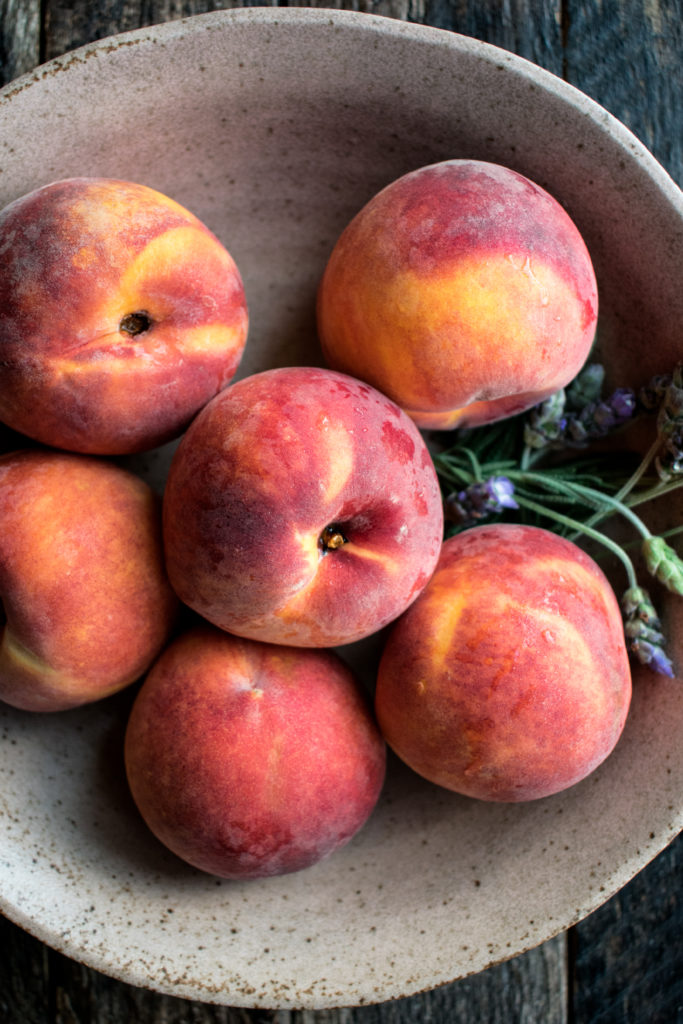 Kicking off Labor Day weekend with the MOST delicious breakfast recipe I could think of. It’s comforting and “holiday weekend” worthy…something to whip up on a very relaxing morning at home.

And the best part is that it gives us a perfect excuse to use the sweet, juicy end of summer peaches. I love using peaches in both savory (my two favorites: breaded pork chops with caramelized corn & peaches and green goddess salmon with peach salad) and sweet recipes.

But, I’d say I definitely lean towards sweet ones. There’s something about peaches and brown sugar that tastes so, so delicious to me. And surprisingly, I realized I only have one non-savory peach recipe on the site! So this french toast was very necessary. 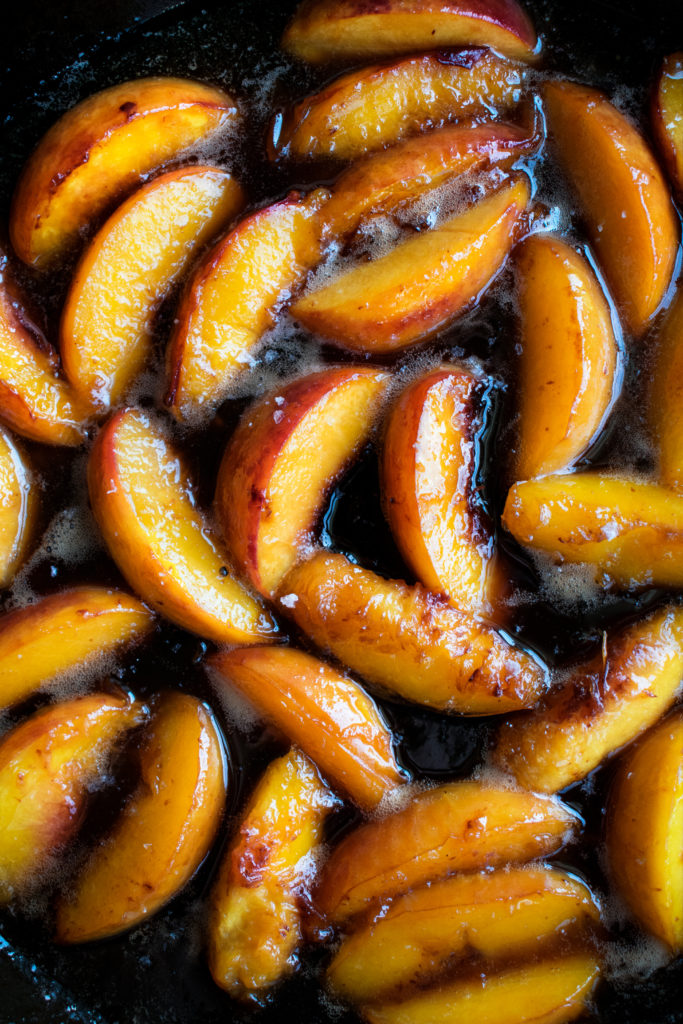 You’ll start by cooking your peaches. Use ripe peaches, but ones that still have a little firmness to them. If they’re too soft to start, they’ll turn to mush when cooked.

They’re cooked in butter with some brown sugar, maple syrup, and a pinch of salt (which acts to amplify their sweet flavor). After about 15 minutes, they become caramelized and are surrounded by pools of sticky peach-infused syrup that we can use as the syrup for the french toast. 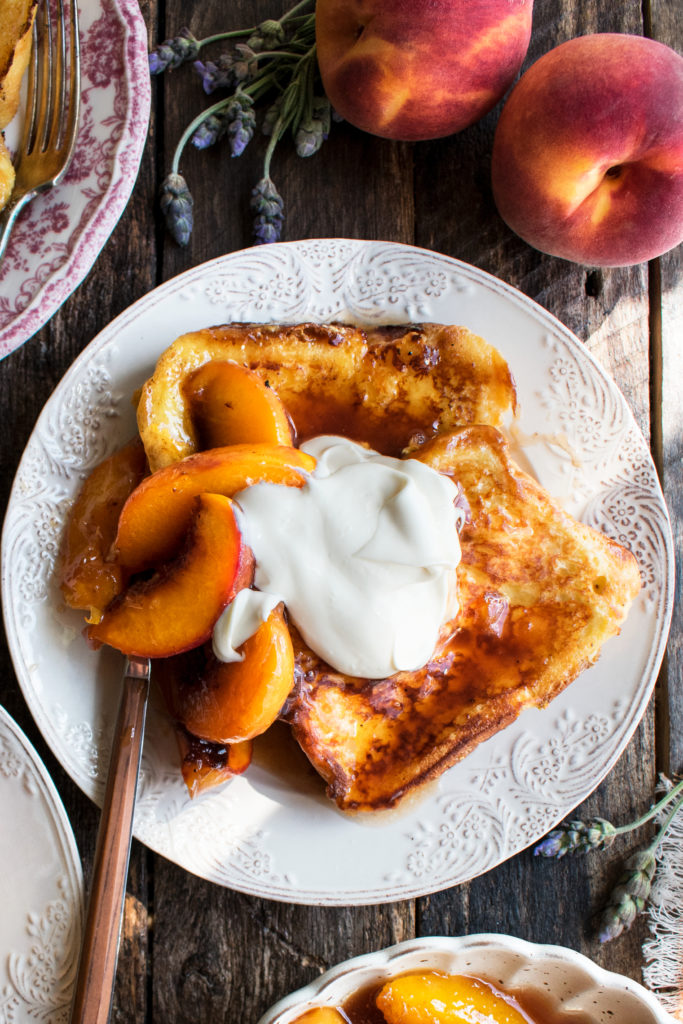 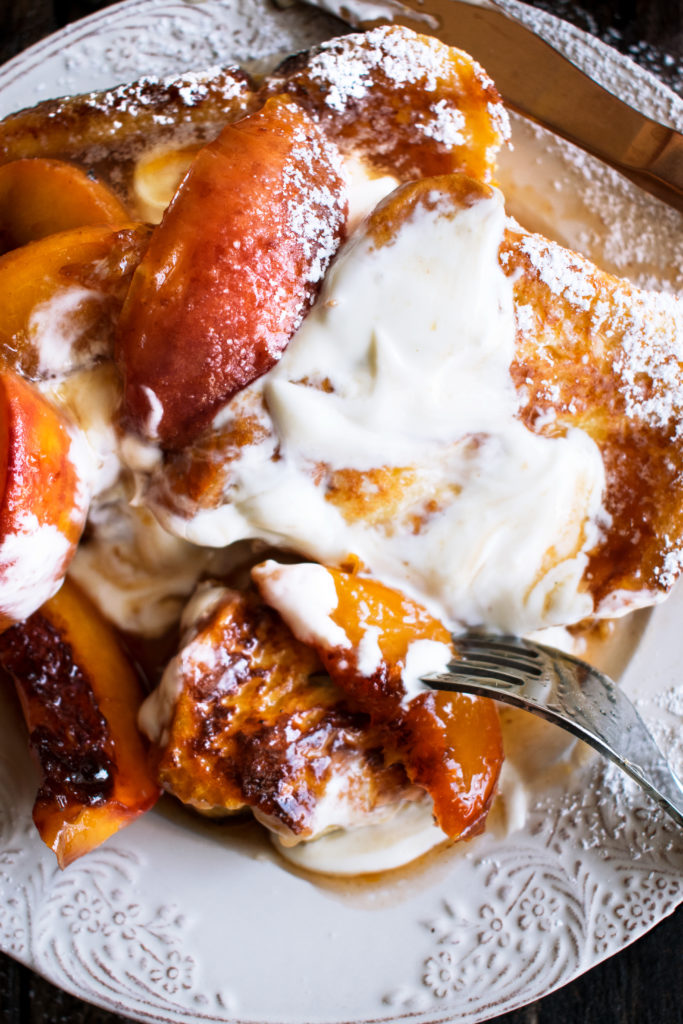 For the sour cream french toast itself, it’s pretty much a standard french toast process. I added sour cream, maple syrup, and vanilla to our egg & milk mixture to give it lots of rich flavor. You can use any bread you’d like, but I think the buttery brioche is perfect for this recipe – it really complements the tangy sour cream.

The bread gets cooked in a skillet (or griddle) first to create that nice golden exterior. Then, it’s quickly baked to finish. And lastly, you’ll mix up some sour cream with powdered sugar and vanilla to dollop over top, right alongside those peaches.

The cream kind of melts over the warm bread and creates this silky sauce to spoon up with every bite. Trust me, it is so very delicious. The most mouth-watering combination of flavors!

If you’re looking for more sweet breakfast recipes, here are a few to try: 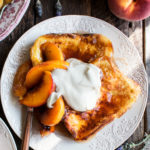 Instead of using a skillet, you could alternatively use a griddle for the french toast and cook all 8 slices of bread at once. 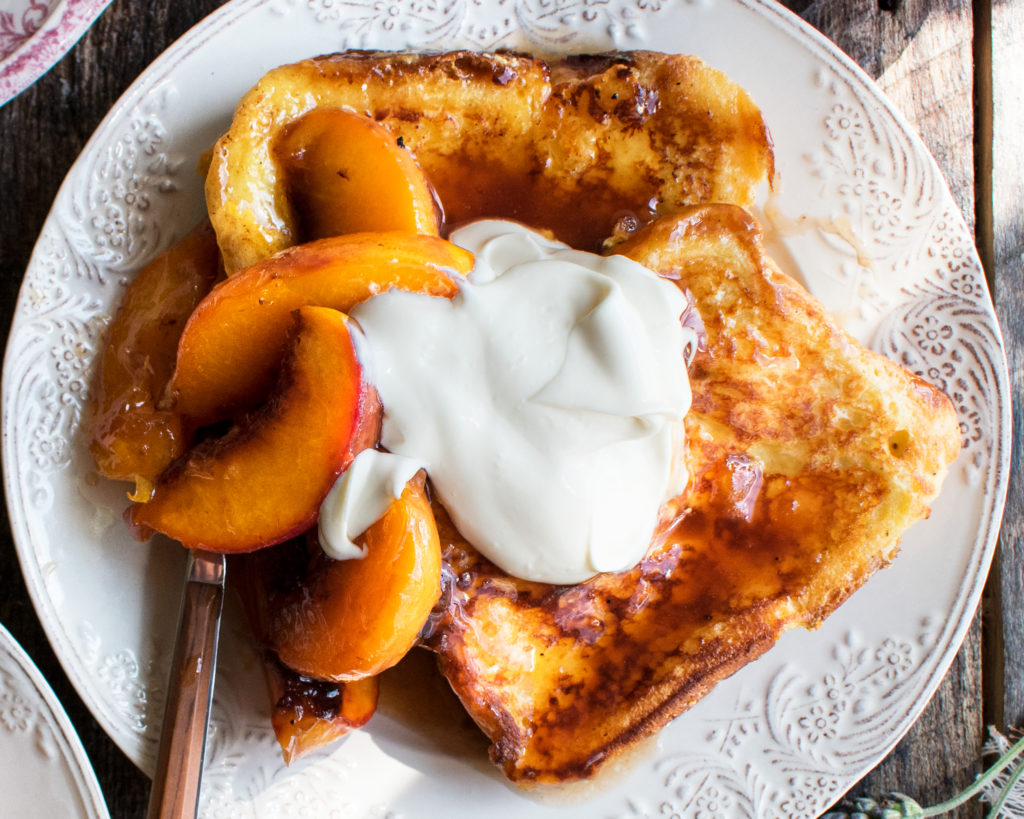