Introducing the very best maple pumpkin bread! It’s warming and cozy, with the perfectly moist & tender texture. Flavored simply with nutty brown butter, rich maple syrup, a hint of cinnamon, and vanilla. Sliced thick and topped with a swoosh of cinnamon butter for just a little extra flavor! You can serve this bread warm or eat it at room temp. And truly…it works any time of day – for a decadent breakfast, an afternoon pick-me-up with a hot cup of coffee, or a festive dessert. 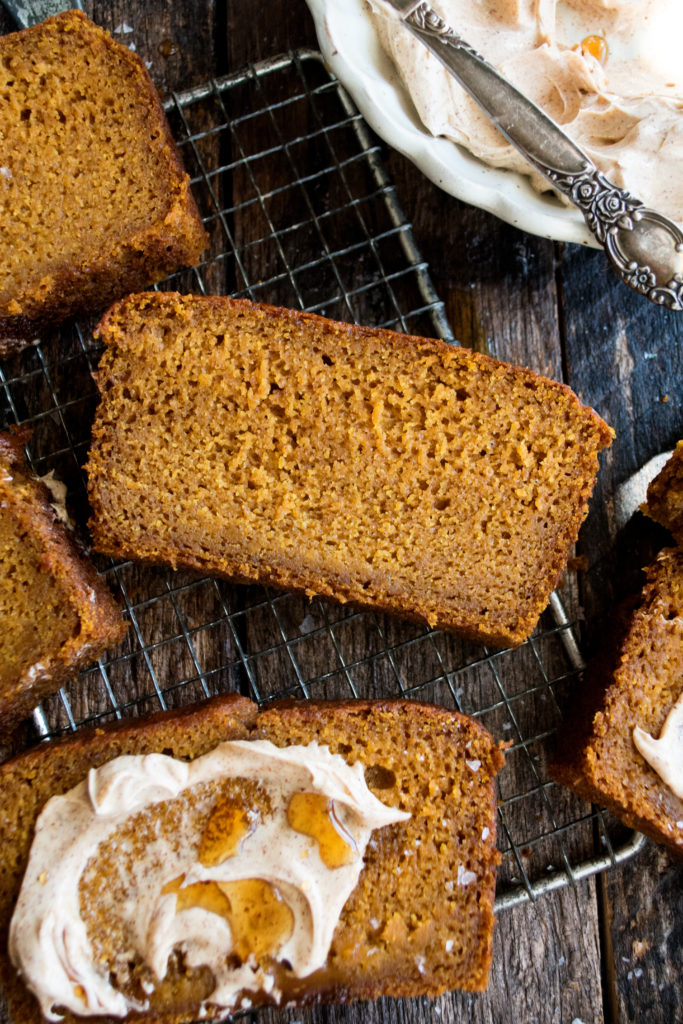 I’d say a reeeeeally good pumpkin bread is hard to come by. It’s either lacking flavor or just misses the mark on texture. And there is nothing worse than a dry pumpkin bread.

So, I set out to make a pumpkin bread that is nothing but amazing, with warming fall flavor, a rich + moist texture, and that mouthwatering, addictive quality that makes you want to keep coming back for more. I started with my banana bread recipe as a base, with the hope of achieving a similar melt-in-your-mouth texture. After testing and re-testing, I think I’ve finally landed on one of the very BEST pumpkin breads I’ve ever had. 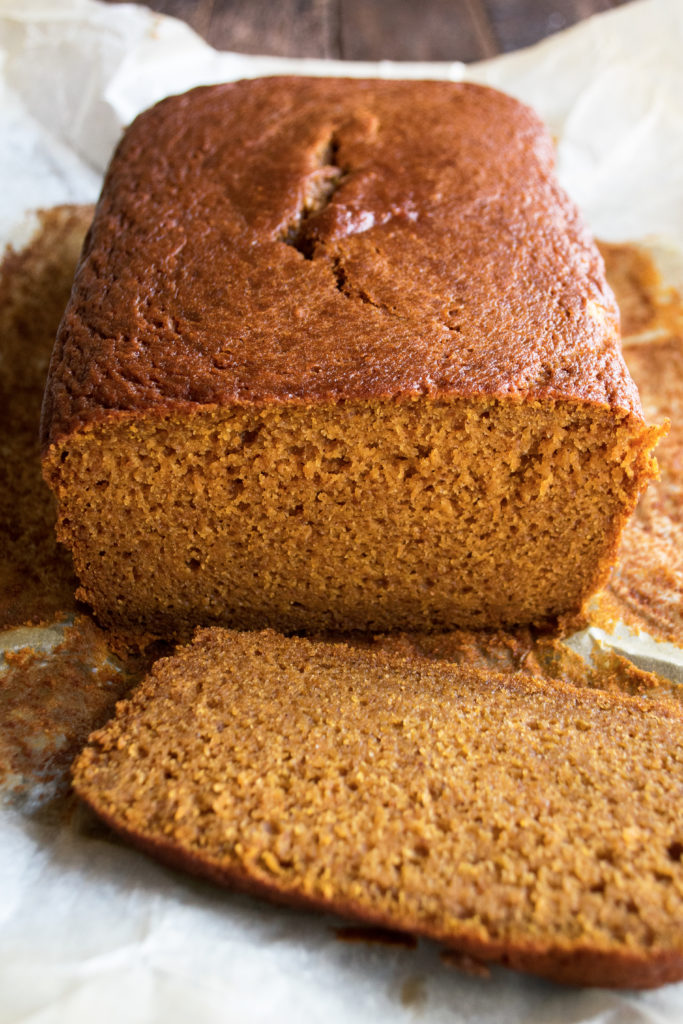 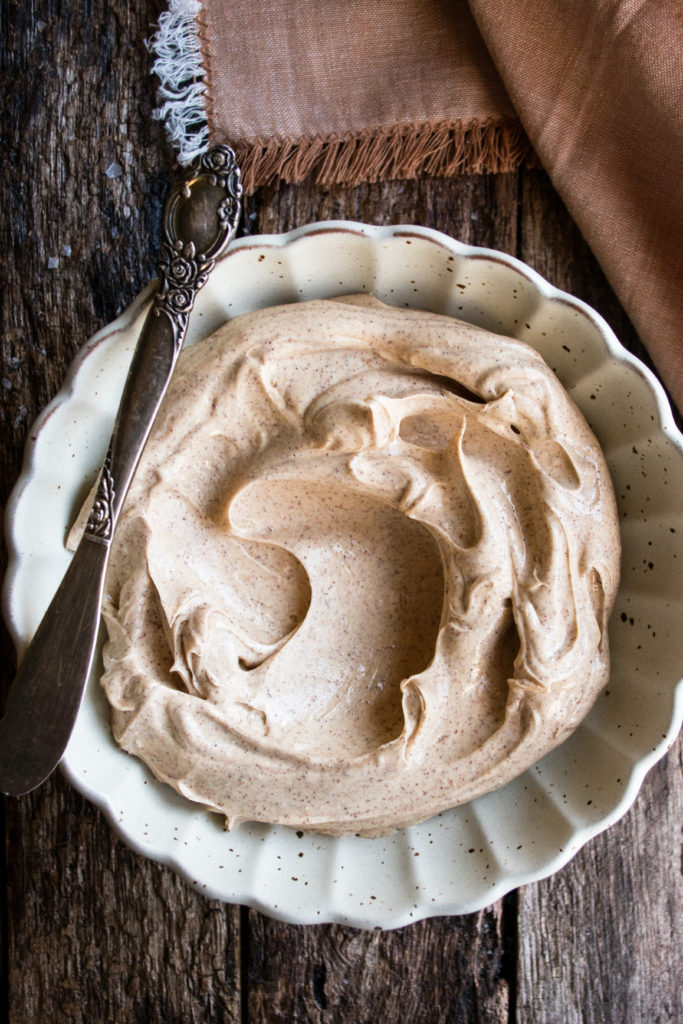 The recipe itself is very simple, with basically everything getting combined in just one bowl. A couple of special touches, though, help make sure the flavor is on point and the texture is irresistible.

To start things off, you’ll brown some butter (definitely key for lots of flavor). If you’re going to melt butter, you might as well do it over the stovetop and let it cook a little longer until browned. It’s one of the best flavors I could think of when it comes to fall baking, adding a layer of rich nuttiness that you just can’t get from anything else.

You’ll whisk the brown butter with sugar until smooth, and then from there you’ll layer in the rest of the ingredients one at a time (pumpkin puree of course, sour cream for richness, maple syrup for sweetness, and a splash of vanilla) mixing until a really smooth batter forms. The dry ingredients go in next, and then it’s time to bake. Easy as that. 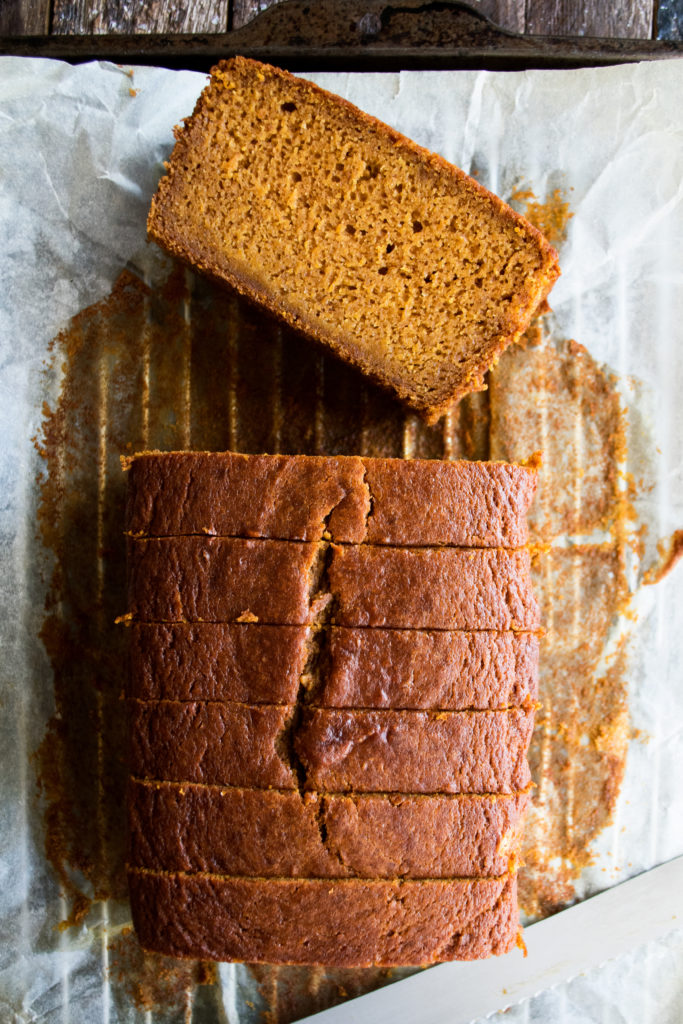 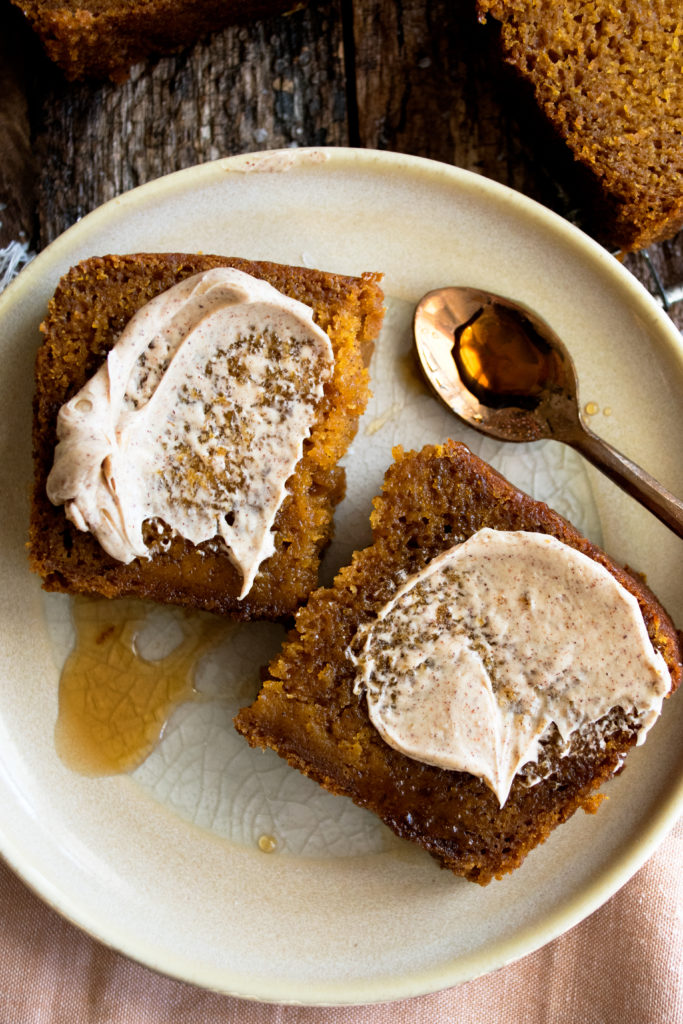 While the maple pumpkin bread bakes, you’ll whip up some softened butter with cinnamon & maple syrup to create a decadent topping for the bread. A little goes a long way, but it’s the perfect thing to swoosh right on top. Trust me, don’t skip the butter! The recipe calls for 2 sticks, so any leftover you might have is amazing on toast or just about anything you’d like.

The bread can be eaten warm or at room temperature. I can’t really decide which I like best, but both are sure to be delicious. You can even drizzle a little extra warm maple syrup on top to drive home that perfect fall flavor.

Any way you eat it, I hope you absolutely love this maple pumpkin bread as much as I do! My family devoured (all 3 batches) in minutes, and I know it’ll be a staple recipe we make over and over each fall. Enjoy! 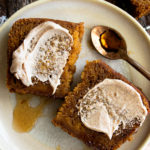 To Serve: You can serve this pumpkin bread at room temperature or heated for about 10-15 seconds in the microwave.

To Soften Butter: Allow the butter to sit out at room temperature until soft to the touch, usually a couple of hours, depending on the temperature of the room. 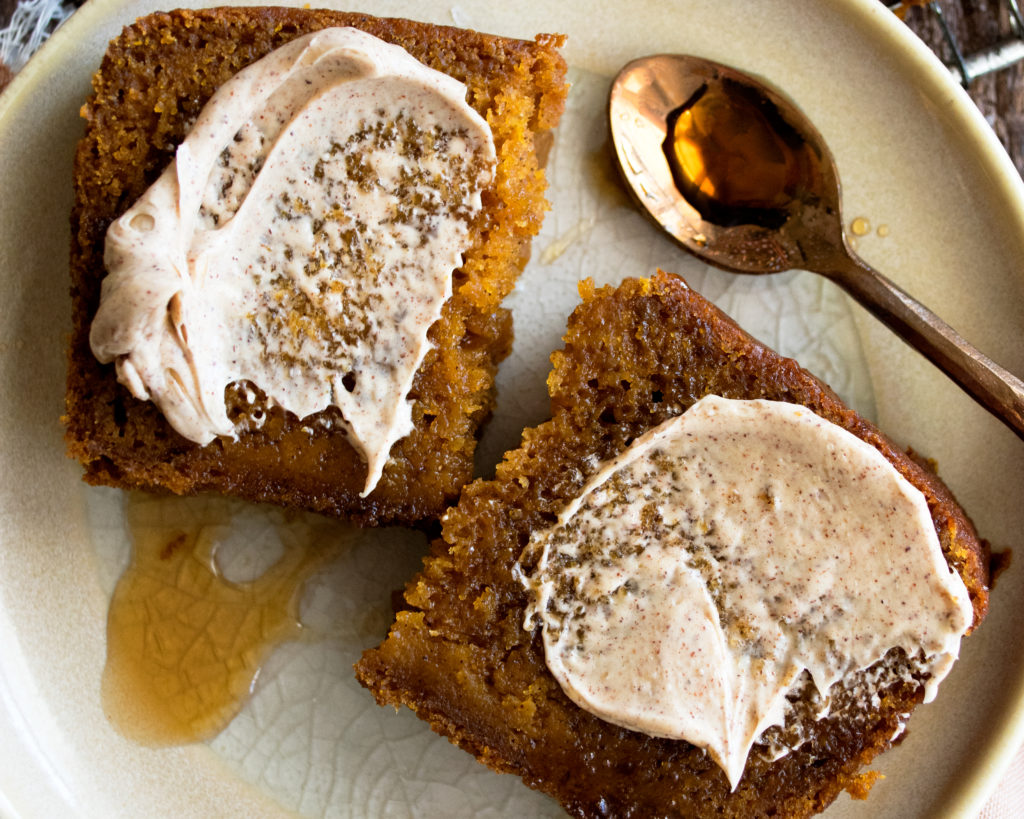