The simplest spring breakfast: skillet croissant bread pudding with strawberry syrup & fresh whipped cream. It’s easy to make and perfectly indulgent…rich and buttery, yet still light and fresh. Croissants are cut and tossed in a quick vanilla egg and milk mixture, then poured into a skillet and baked until golden with brown sugar sprinkled over top. Serve it with jammy strawberries cooked down in a brown sugar and lemon syrup, plus a large dollop of freshly whipped cream! 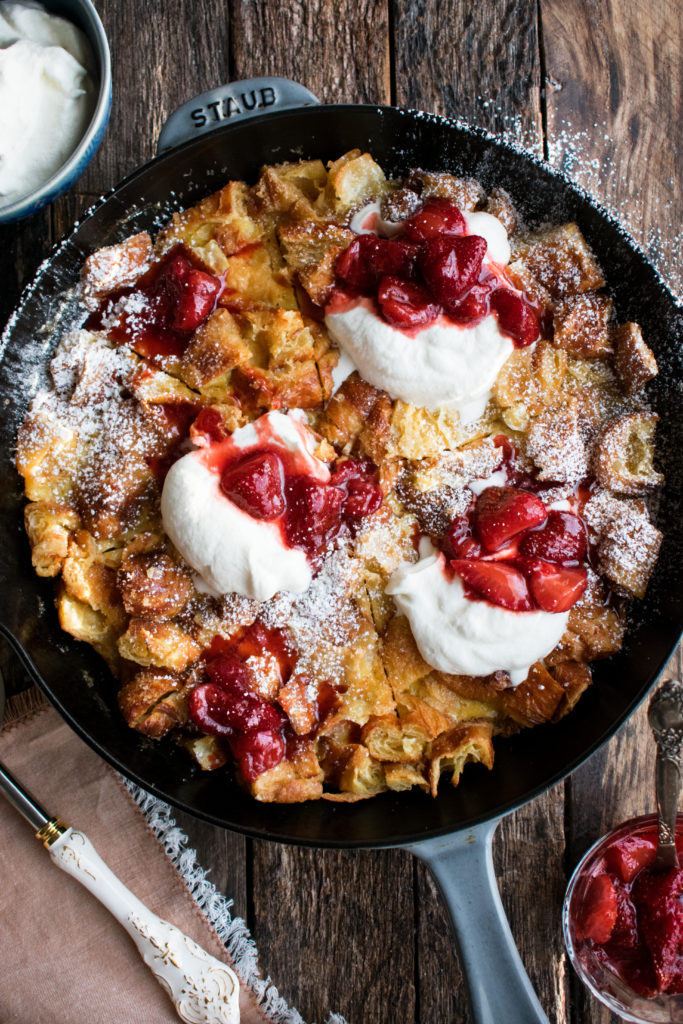 This skillet croissant bread pudding actually resulted quickly after a recipe I was testing failed. I was initially going for a croissant french toast. After cutting the croissants in half, dipping them in the eggs, and attempting to cook them in hot butter, they lost their shape and somewhat fell apart.

Thankfully I had bought some extra croissants and decided to turn the idea into a more rustic skillet croissant bread pudding. I cut the remaining croissants into bite-sized pieces, whipped up another mix of eggs + brown sugar + milk + vanilla, and threw it all into a skillet. Then right into the oven it went.

Not really knowing how it would turn out…I’ve got to say it was BEYOND delicious. 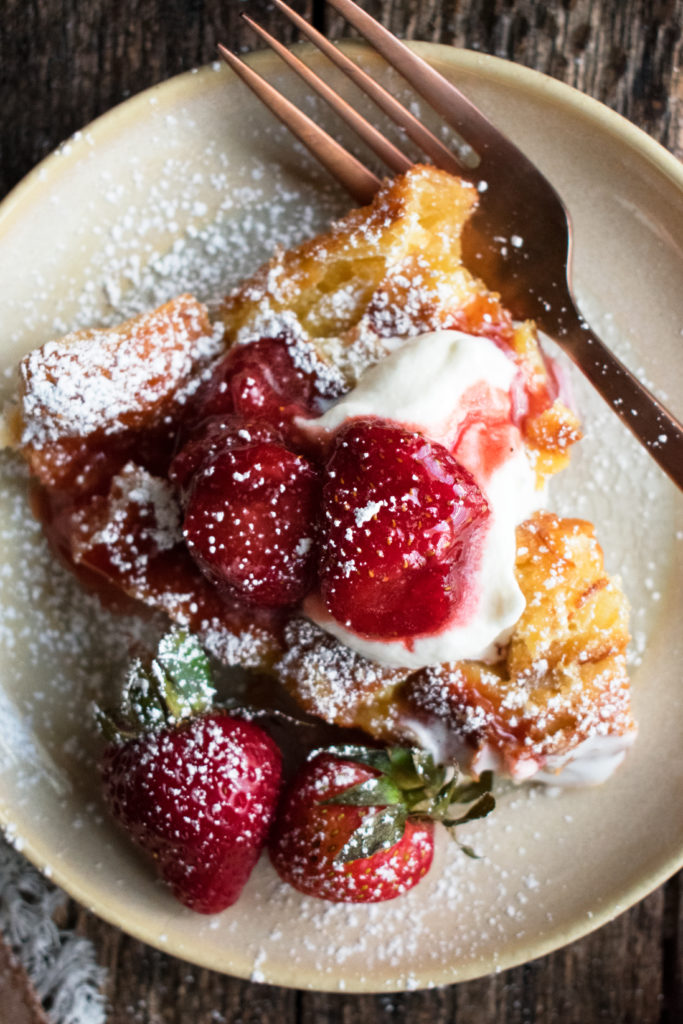 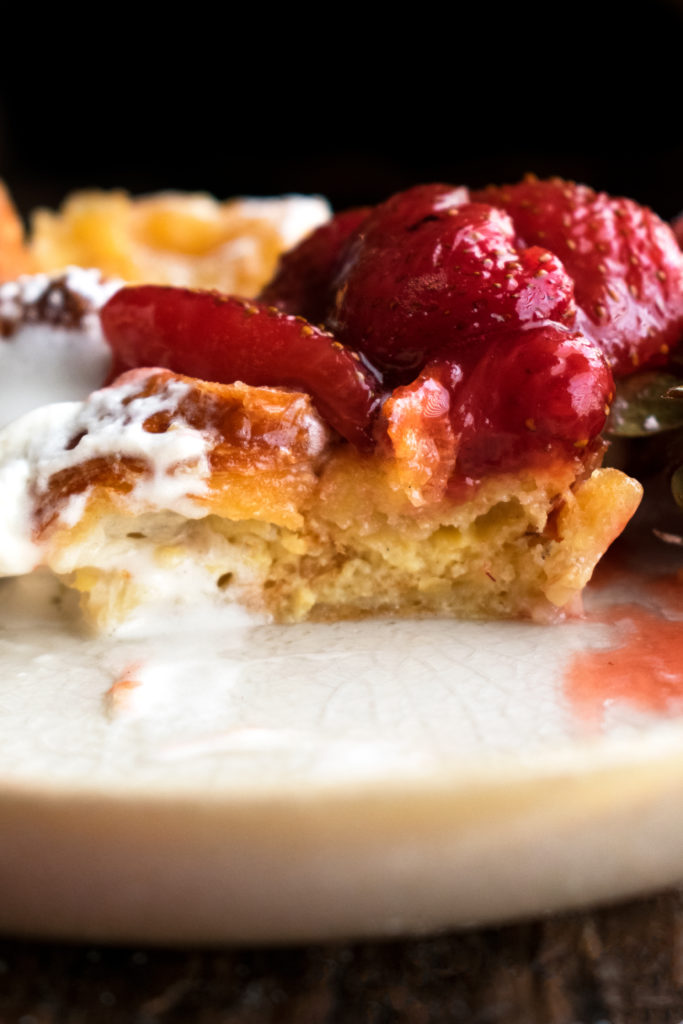 The croissant mixture set up and turned really golden on the top (with a slight crunch from an extra sprinkling of brown sugar). It held its shape enough where I was able to cut it into slices. The result? A somewhat thin layer of “custardy” croissant bread pudding that was rich, light, flaky, and decadent all at the same time.

I topped it with some freshly whipped cream and a quick homemade strawberry syrup that takes just about 15 minutes to cook on the stovetop.

Such a delicious spring breakfast to keep in your back pocket when you need something sweet & simple!

If you’re looking for more spring breakfast recipes, here are a few favorites: 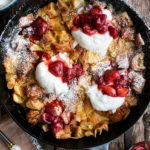 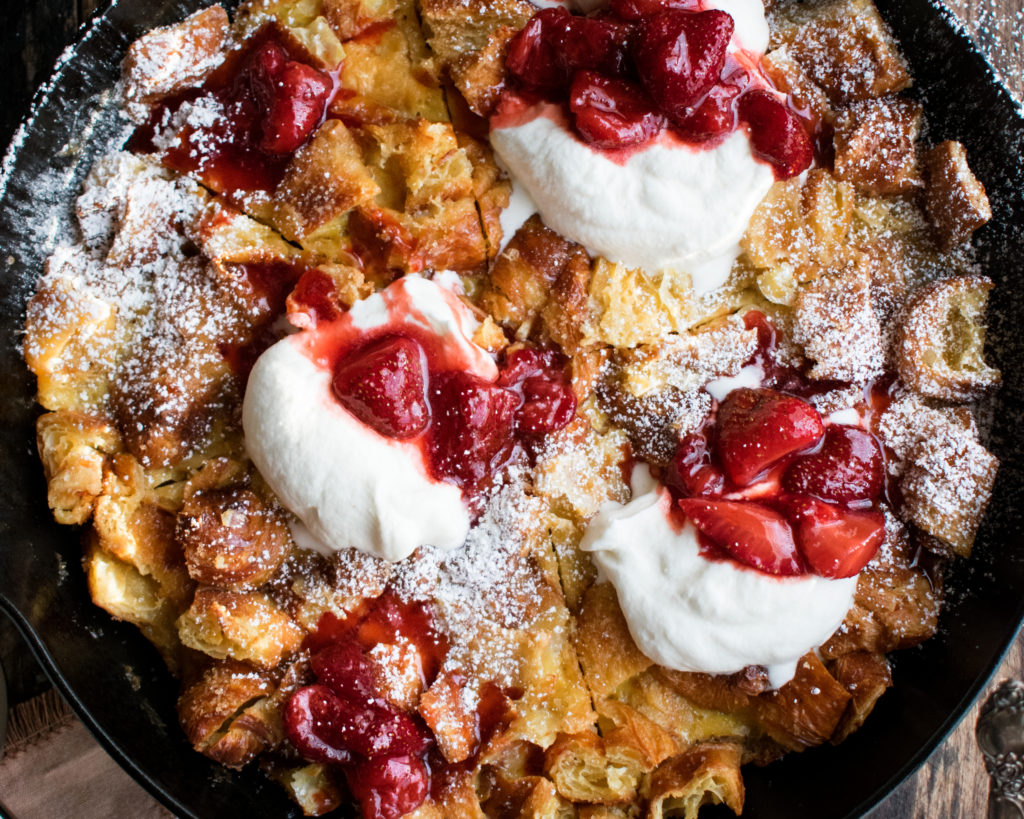