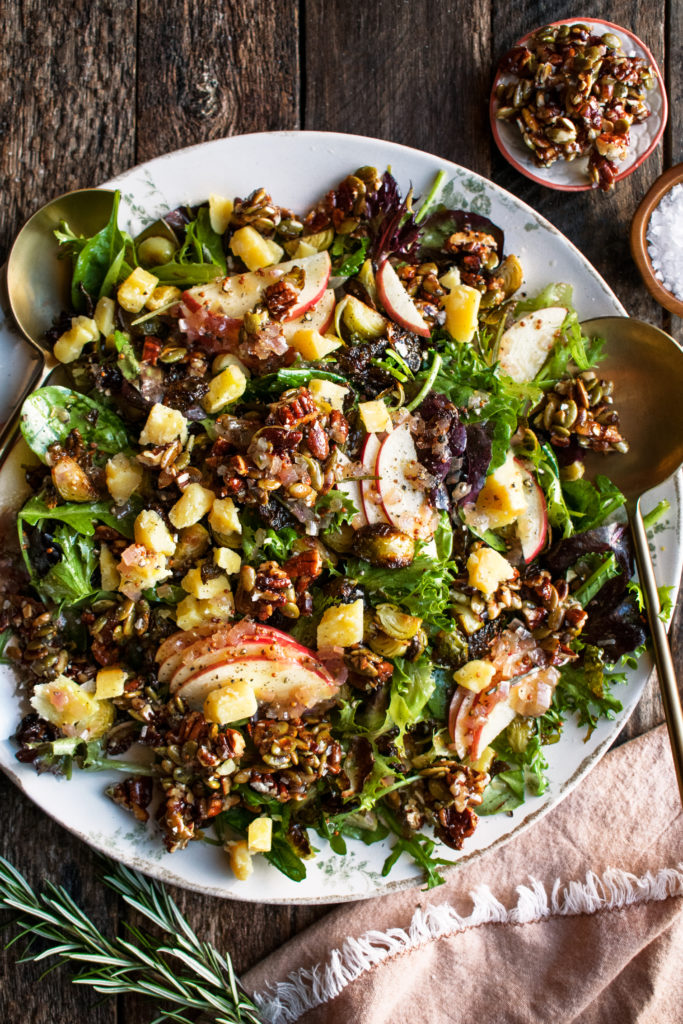 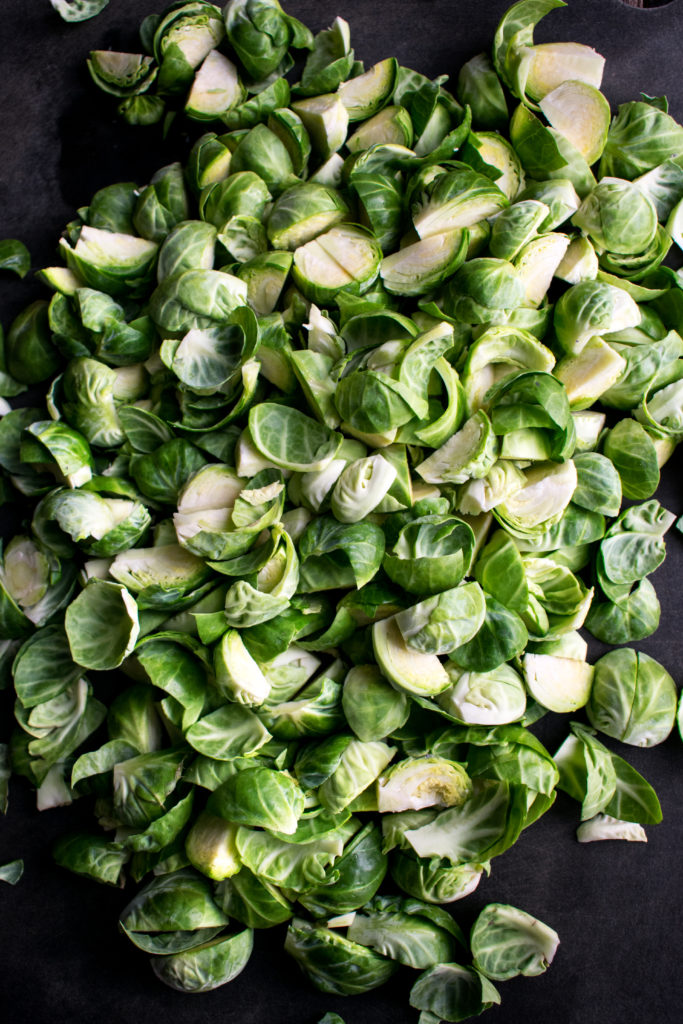 Welcoming in the month of Thanksgiving with this roasted brussels sprout salad!

With October behind us, it’s time to focus on all things holiday. My goal over these next two months is to give you plenty of inspiration for your holiday meals…from appetizers to desserts and everything in between. I’ll be sprinkling in some fall and winter weeknight meals as well to fill our tables leading up to the celebrations.

First up, a festive salad that’s perfect as a side dish for Thanksgiving. It also doubles as a great lunch or light dinner if you add some chicken to it or maybe serve it alongside this butternut squash soup. 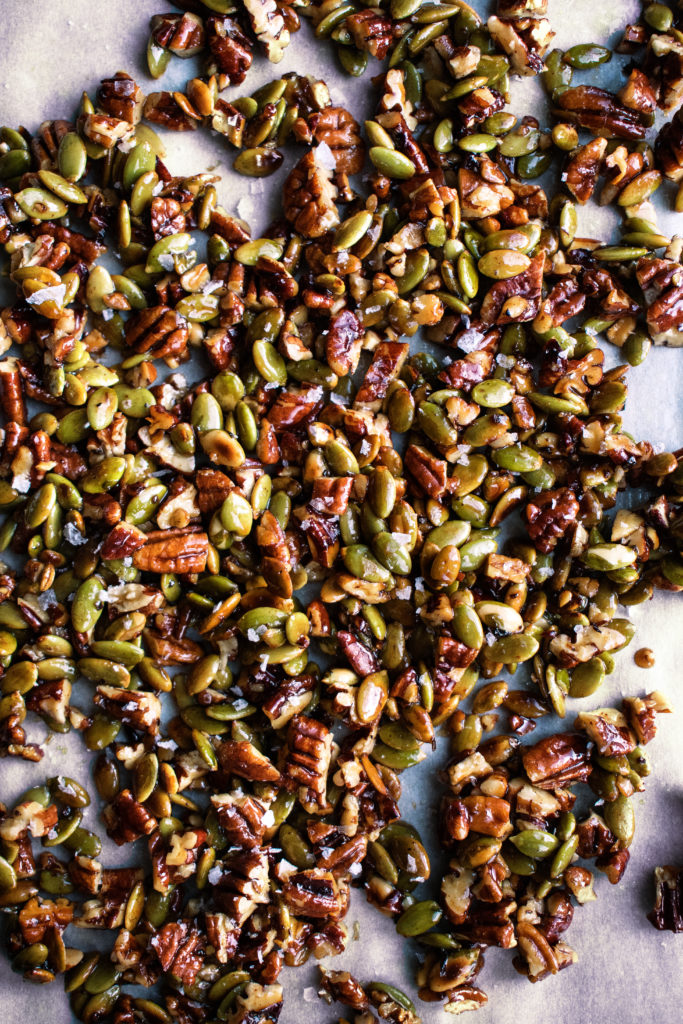 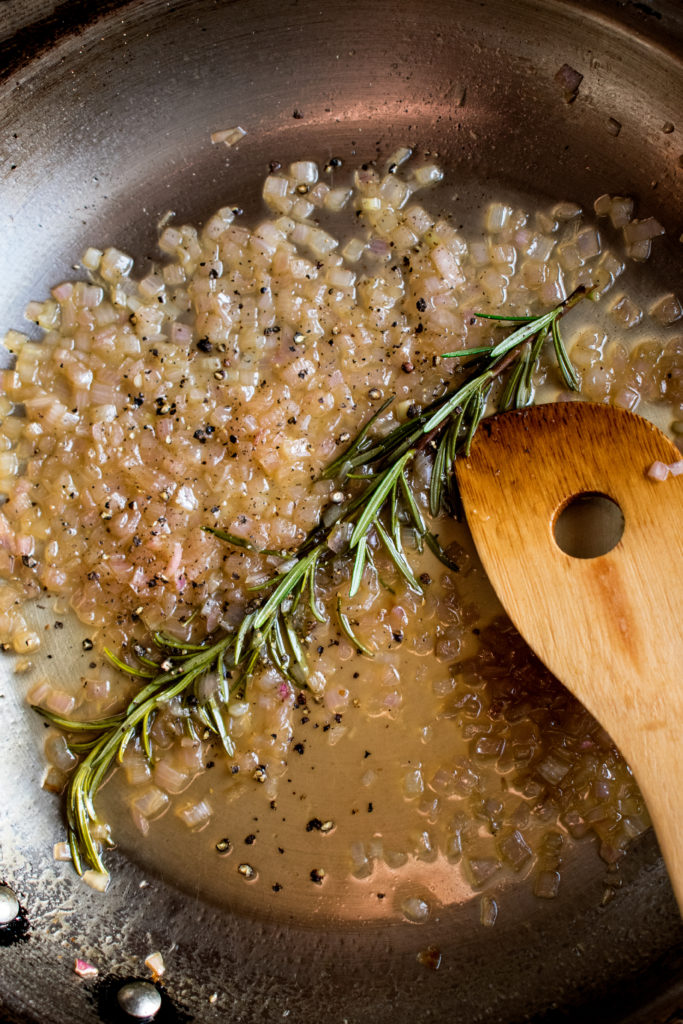 This salad is the tastiest mix of sweet & savory. You’ll start by roasting the brussels sprouts. I like to cut them in half first, and then each half into three wedges (if they’re really big, I’d do four). The smaller they are when roasted, the more they’ll caramelize and crisp up on the edges.

Next up, the honeyed pecans & pumpkin seeds. They’ll quickly simmer on the stove with honey, cayenne, a pinch of salt, and a splash of water until the honey thickens. After you pour the mixture out onto a piece of parchment paper, the honey sets and hardens in no time.

Just like brittle, you can simply break it up and you’ve got the most delicious crunchy topping for the salad. 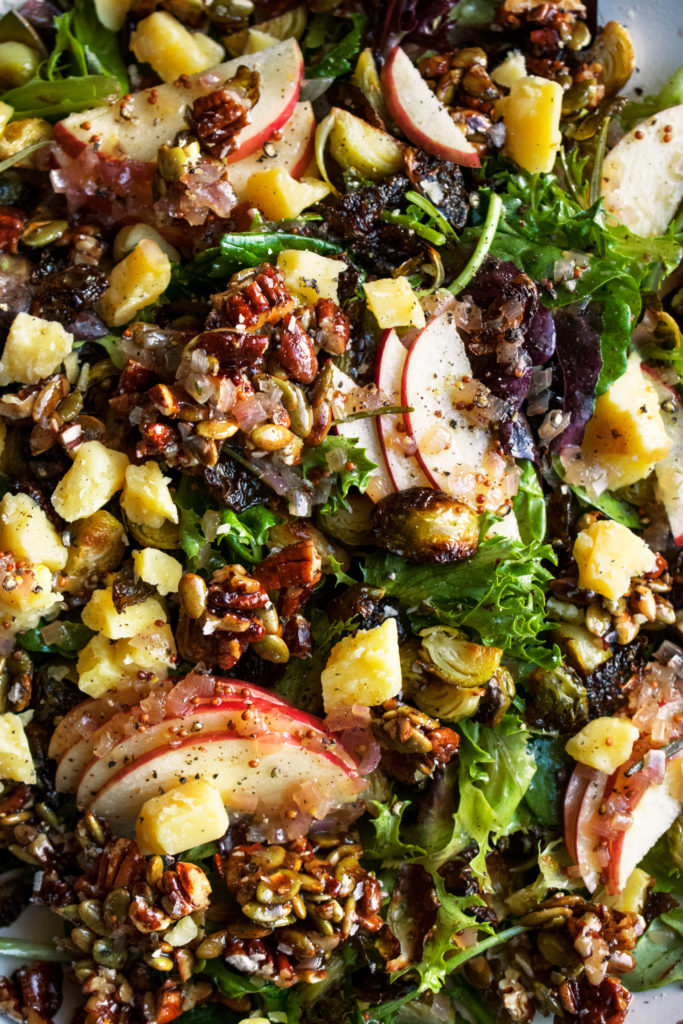 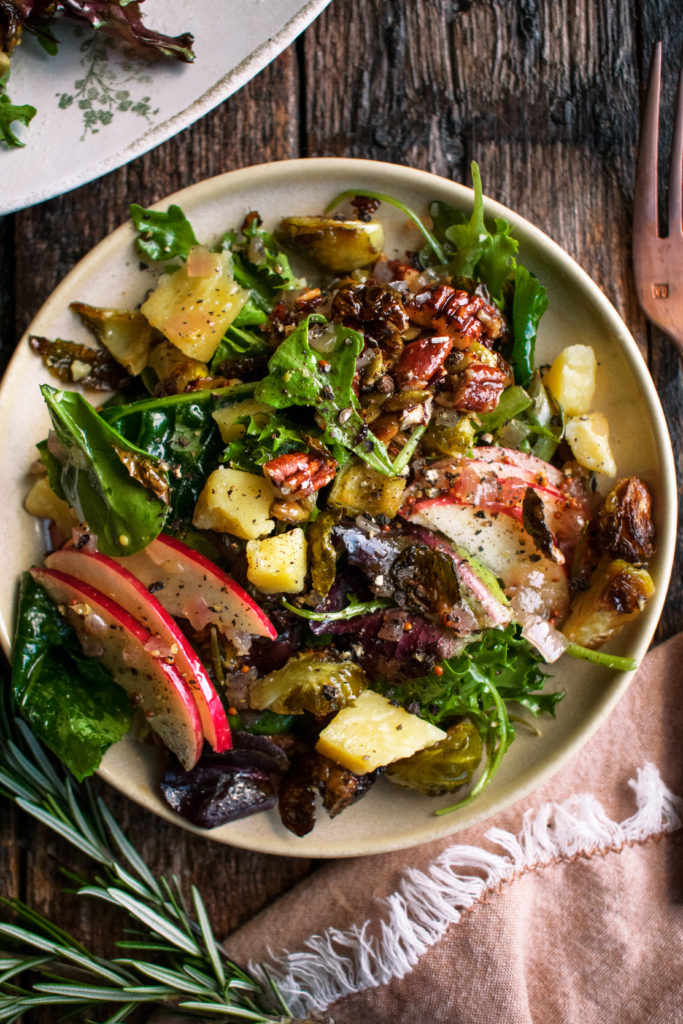 The vinaigrette is made on the stove by cooking some shallots and then simmering cider and a sprig of rosemary for about 10 minutes. This fragrant mixture gets added to a bowl and from there, it’s just like making a regular vinaigrette. The finished product is deeply flavored and very aromatic.

After those three steps – roasting the brussels, cooking the nuts, and making the vinaigrette – all that’s left to do is assemble!

Slices of sweet, crisp apple and crumbled white cheddar cheese are the finishing touches. All in all, the perfect fall salad. 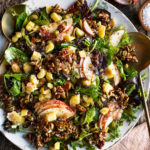 If your brussels sprouts are larger, you can cut each half into four instead of three. The goal is to cut them small enough so they’re able to crisp, but still have a good bite to them. If after 25 minutes they’re not crisp around the edges, continue to roast. It also helps to place the sheet pan on the rack that gets the most heat in your oven (typically the top rack). 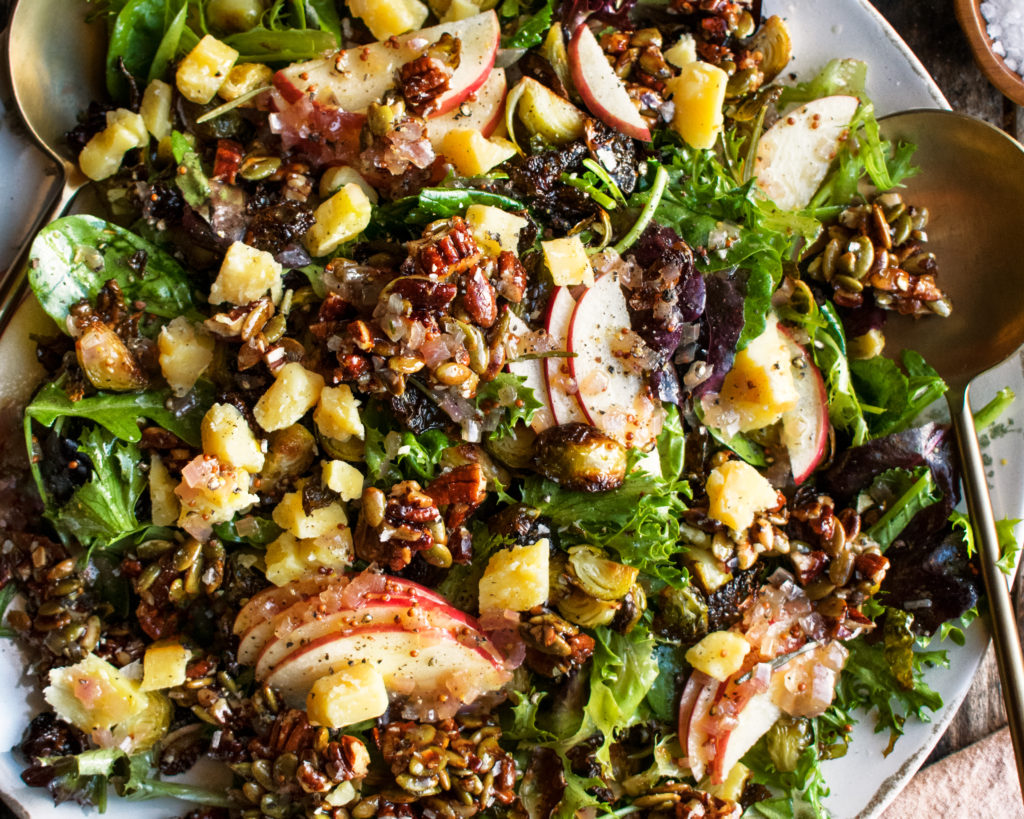