The tastiest bacon & egg salad on rye toast with plenty of fresh spring ingredients! Full of classic flavor, a creamy dressing, lots of herbs, and a rich bite from the crispy bacon. It comes together easily and is spooned on top of toasted rye bread with a little bit of watercress for some green. Whip this up as a breakfast, lunch, or serve it for any spring brunch! 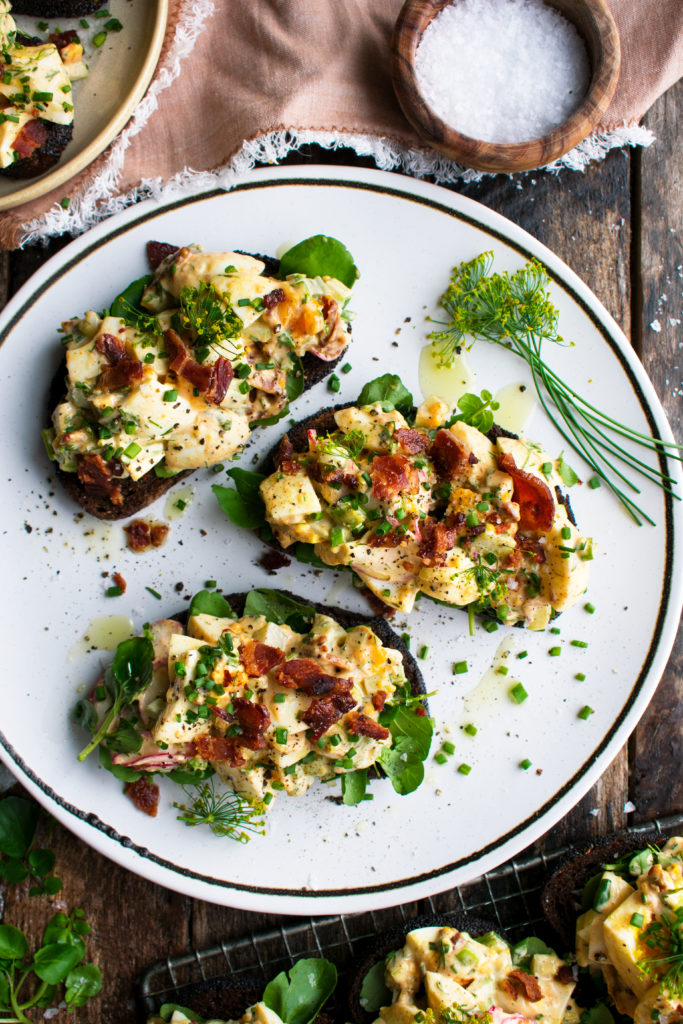 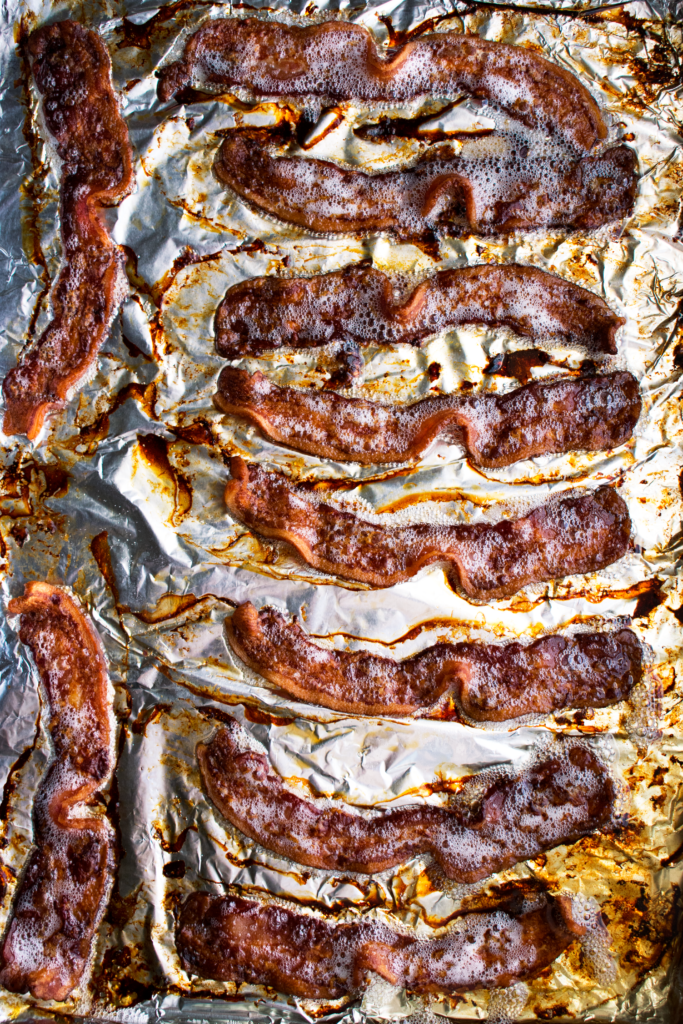 I love making egg salad throughout the week, and I’ll typically do something along the lines of this herby egg salad, which has a vinaigrette as the dressing.

For more of a classic egg salad feel, you’ve got to use a little mayo. So this bacon & egg salad has a mayo-based dressing, but it’s still light and full of fresh flavor. There’s dijon mustard for a peppery bite, lemon zest and juice for tang and brightness, grated garlic, paprika for smokiness, coriander for something unexpected, and cayenne for a subtle note of heat. 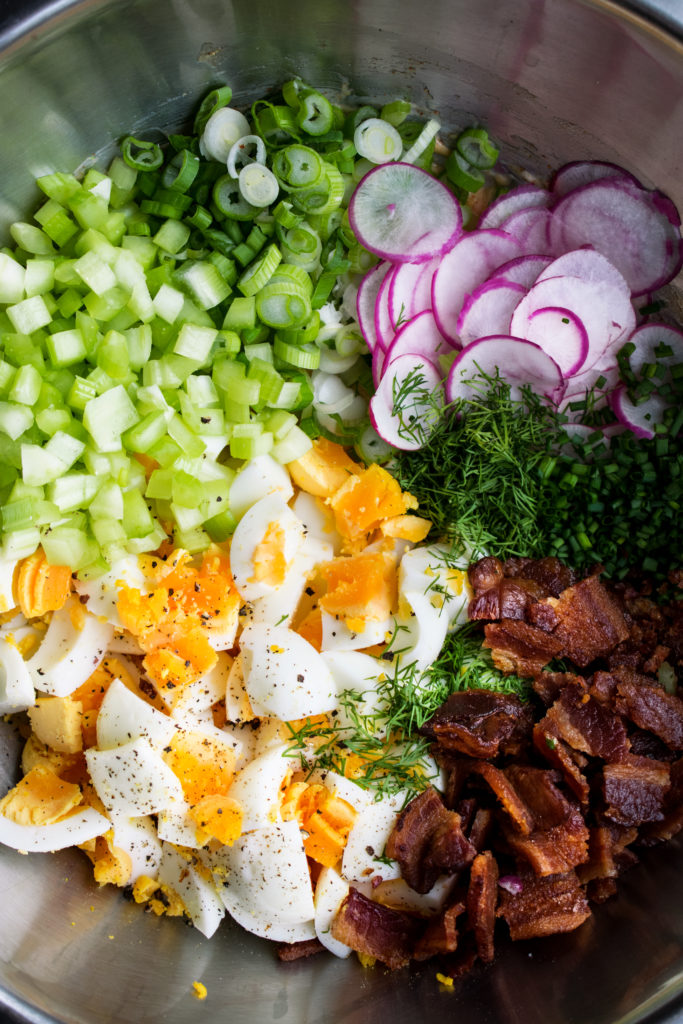 The dressing is whisked up until smooth and creamy, and then all of the other ingredients are folded in. The two stars, of course, are the bacon and eggs. You’ll roast the bacon on a sheet pan until it’s rendered and crispy. I like to drain it on paper towels to remove any excess fat. Once it’s cooled, you can give it a quick chop and it’s ready to go.

For the eggs, you’ll boil them for about 10 minutes until the yolks are just fully cooked through (but not overcooked, so they’ll still have a soft, creamy texture). I like to keep the eggs in bite-sized pieces so they still hold a bit of their shape and won’t turn to mush when tossed in the salad. 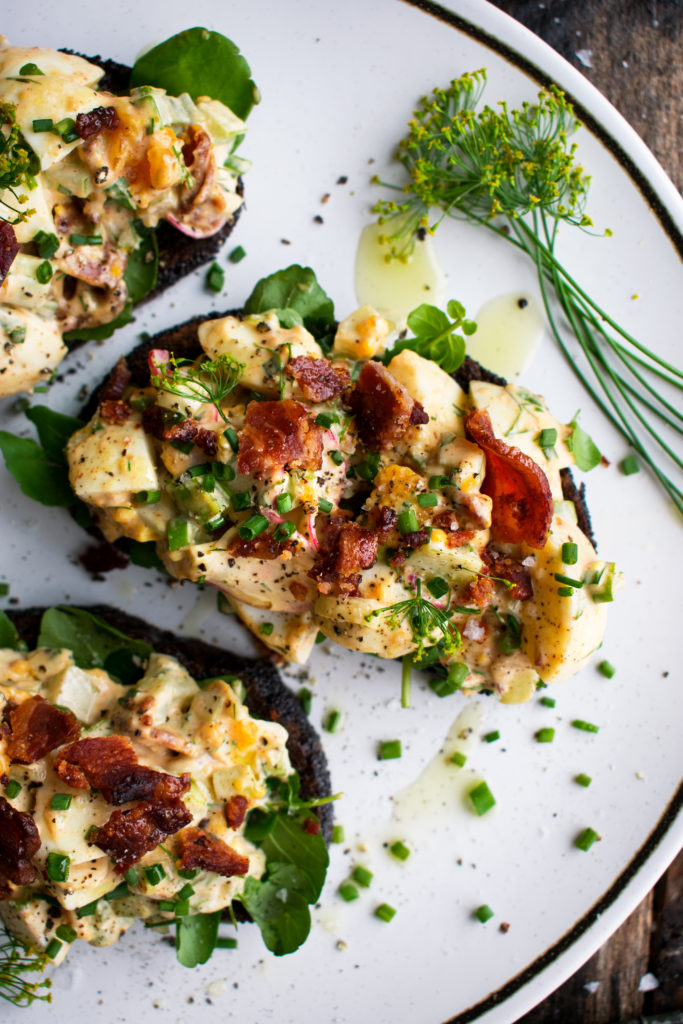 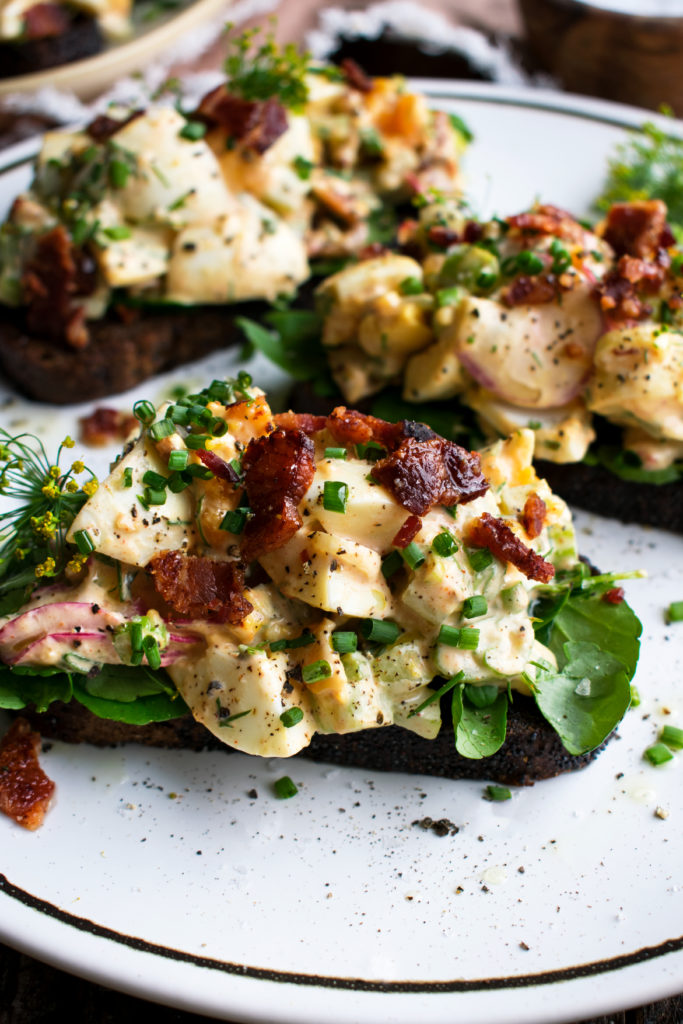 The remaining ingredients add both flavor and texture – celery and radishes for crunch, green onions for that classic onion bite, and lots of fresh dill and chives. Once everything is tossed together, make sure to taste a bite so that you can add enough salt and black pepper to bring out all of the flavors.

From there, all that’s left to do is assemble! A bed of watercress goes down on some toasted rye bread (see the notes section of the recipe for how I like to toast it) before the salad gets spooned over top. Last but not least, make sure to reserve some of the bacon to sprinkle over the toast, along with extra fresh dill and chives for a final pop of herbs.

These toasts can truly be made any time of the day as a snack or light meal. Or, you can serve them on a big platter for a festive spring brunch! 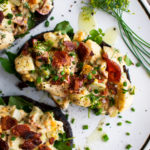 For the bread, I bought a fresh loaf of dark rye bread and sliced it into 8 slices (approximately ½” thick). The loaf was only about 5 inches in diameter, so it resulted in fairly small toasts. If you use a loaf of rye sandwich bread that’s larger in diameter, you’ll most likely have enough egg salad for 4 slices.

To toast the bread, my favorite way is to toast it in olive oil. Heat a skillet over medium heat and drizzle a generous amount of olive oil to coat the bottom. Once hot, work in batches to toast the bread for a couple of minutes per side until crisp. Transfer the toast out of the skillet and season with a pinch of salt. Repeat until all of the bread is toasted. Or, you can always just toast the bread in a toaster. 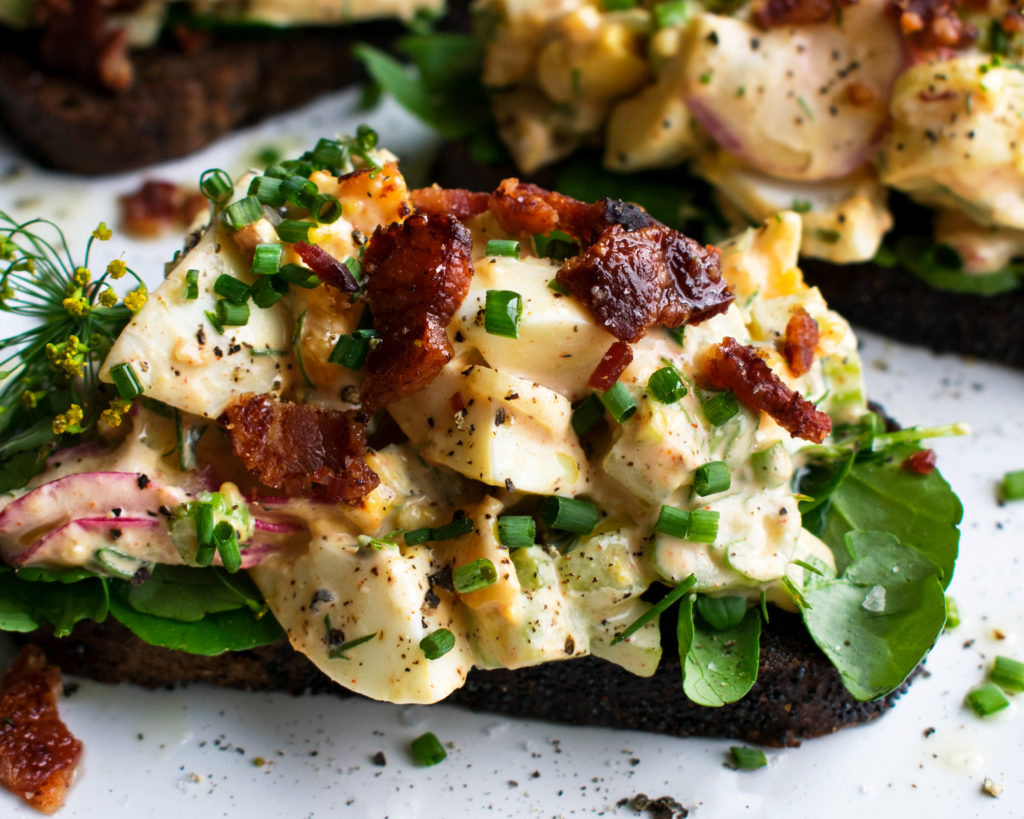