This unique winter vegetable buckwheat crostata is such an exciting, flavorful side dish. It’s made with a homemade buckwheat dough that’s rich and nutty. The filling is a mixture of fennel, leeks, red chard, and white cheddar cheese. Baked until crisp and flaky, with a soft, melted cheddar and vegetable center. Drizzled with a lemon sesame honey mixture that gives the crostata a finishing pop of sweet brightness. 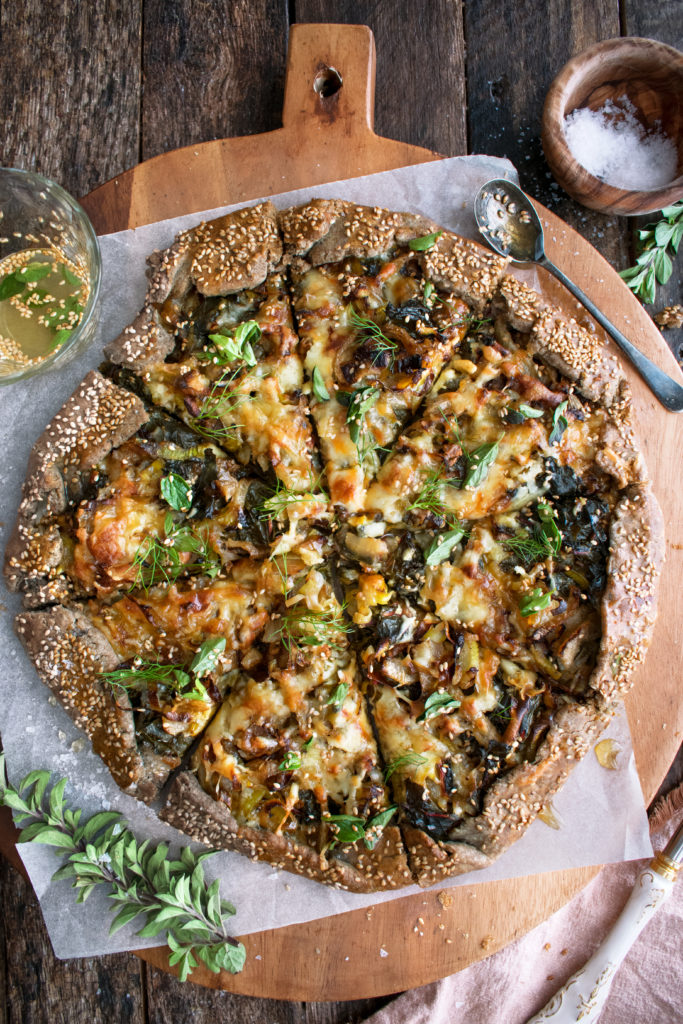 A crostata is essentially a rustic, flat tart (or pie) with a flaky, golden crust and a cooked filling. Crostata is the Italian word for the dish, while galette is the French. They’re basically the same thing, both with endless filling possibilities.

Over the years, I’ve made many versions, both sweet (honey strawberry galette) and savory (parmesan & caramelized onion crostata). What I love about savory versions is that they’re a really filling side dish that can provide both a starch element and a vegetable element to a meal.

A dinner menu with some sort of roast, this winter vegetable buckwheat crostata, and then maybe just a simple side salad sounds like the perfect combination. 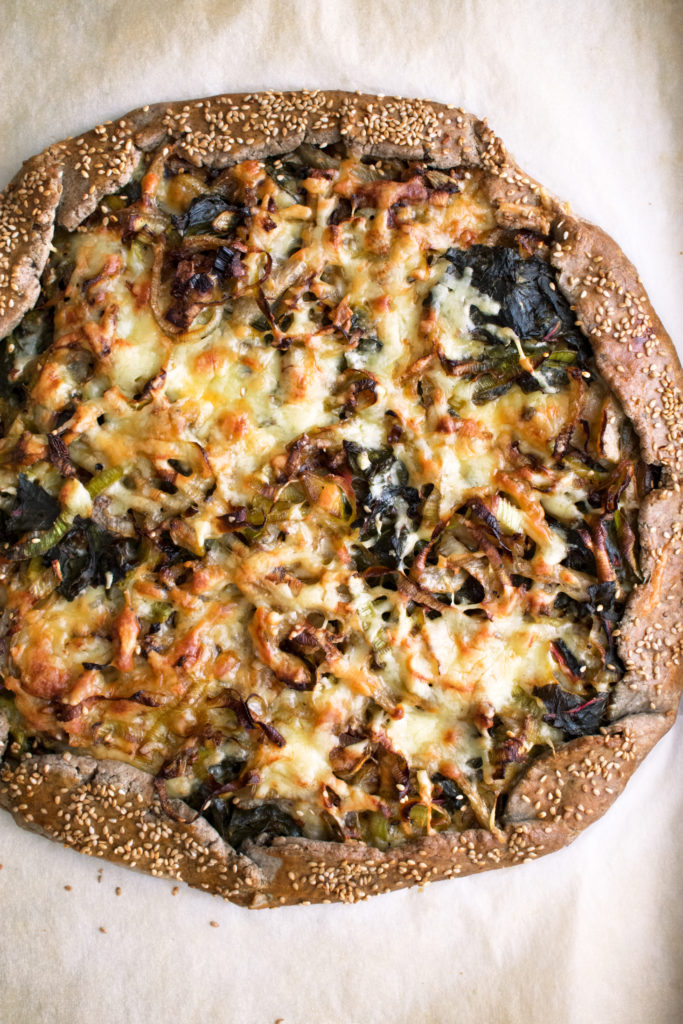 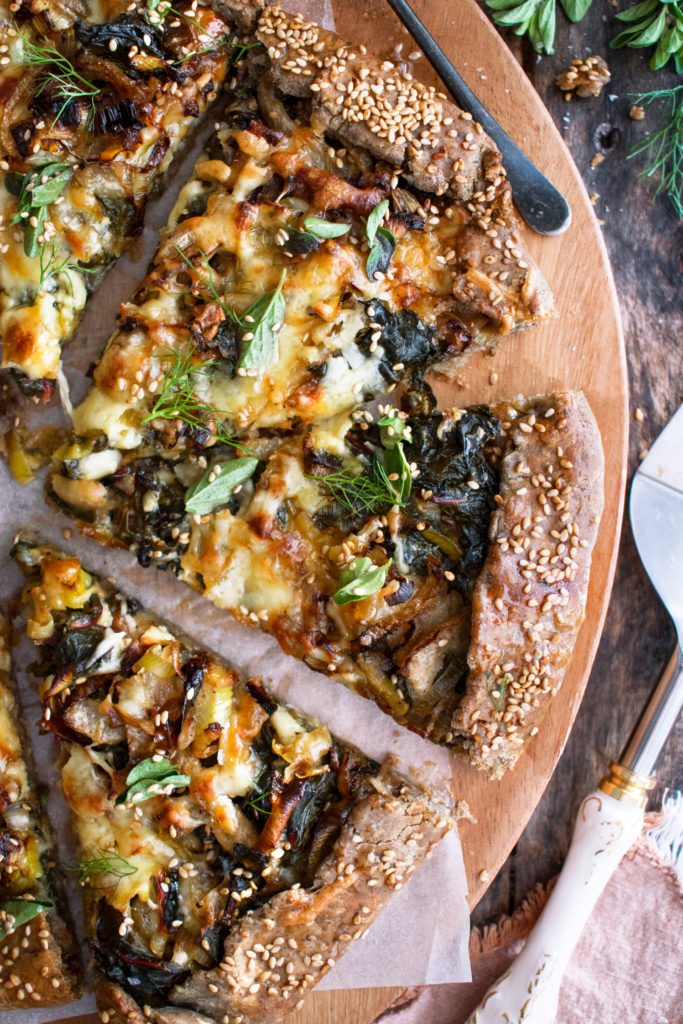 You’ll start by making the buckwheat dough. It’s an easy, fool-proof process since we’re using the food processor to combine everything together. A little bit of buckwheat flour and fresh oregano give this dough a unique touch. Buckwheat is incredibly flavorful, with a beautiful rich nuttiness.

While the dough chills (it’s important to be super cold when it hits the hot oven for maximum flakiness), you can saute the vegetables. I’ve used a mix of sweet fennel, buttery leeks, and slightly bitter red chard. Each vegetable gets cooked individually in hot olive oil just until softened, slightly caramelized, or wilted. 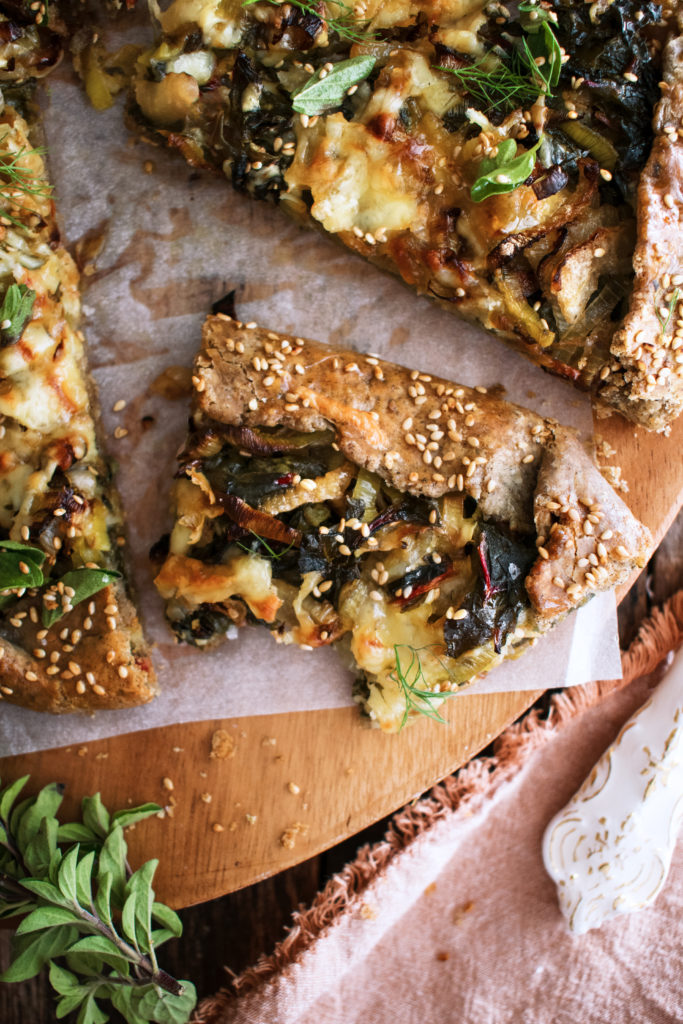 You’ll assemble the crostata by rolling out the dough and then layering on the vegetables along with shredded white cheddar cheese for a little sharp richness. It may seem like a lot of filling, but that’s exactly what we want…a thick bite of cheesy vegetables with a thin layer of bottom crust.

After the crostata bakes, it comes out crisp around the edges with a melted cheesy layer over top. Let it sit for just a couple of minutes before cutting it into slices. The finishing touch is a drizzle of honey that’s been mixed with lemon juice, sesame seeds, and more fresh oregano.

The flavor combination of buckwheat, cheddar, honey, and oregano is absolutely fantastic. 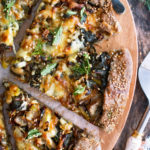 a crostata made with homemade buckwheat dough, filled with white cheddar, fennel, leeks, and red chard, and drizzled with lemon sesame honey 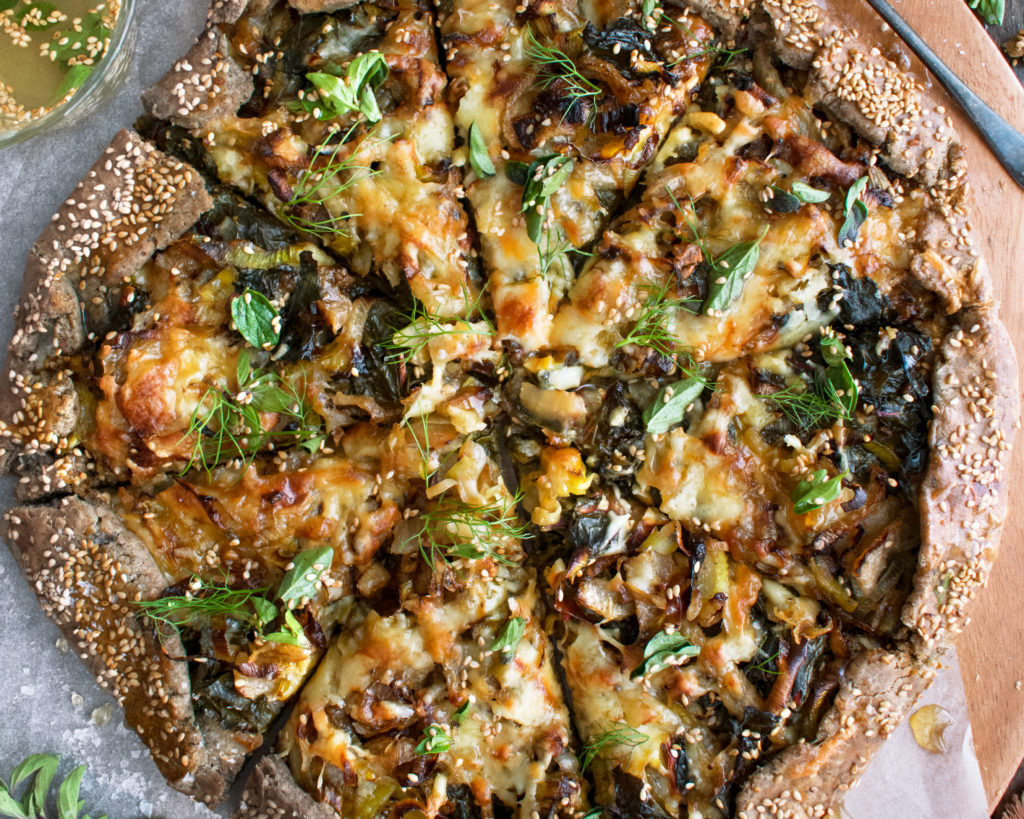