I can’t seem to stop making versions of panzanella salad this summer. There’s just something so rustic about it that I love. Any kind of salad that includes bread and juicy tomatoes is definitely my kind of salad. And right now when tomatoes are at their sweetest and absolute best? You really can’t beat it.

While most of the time I make this herb marinated tomato panzanella, I recently made a different version that I am equally obsessed with. 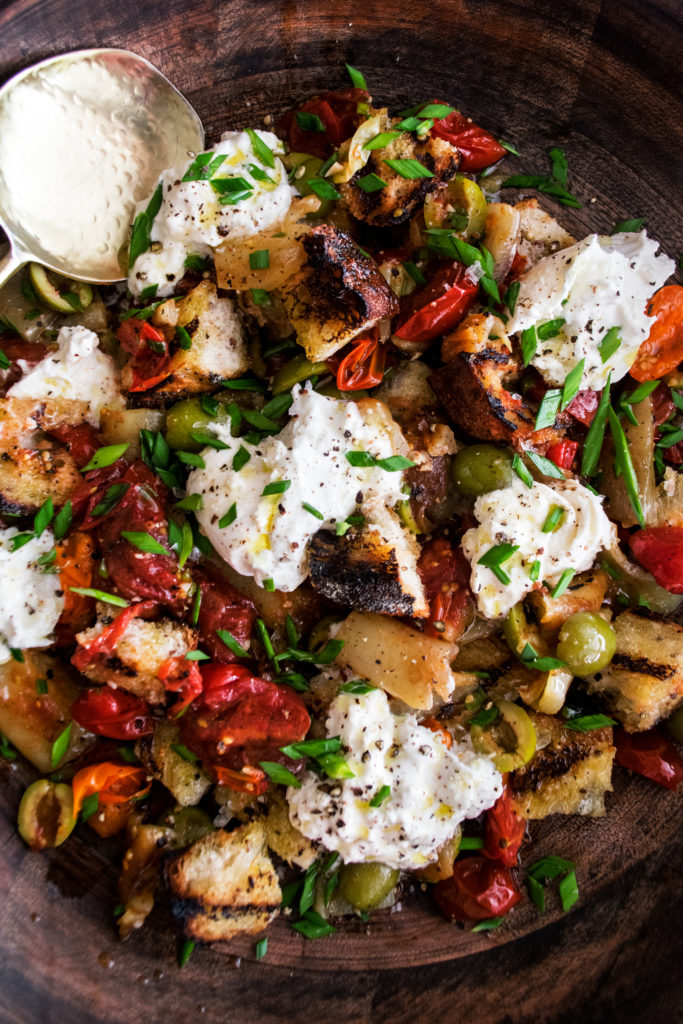 I found a beautiful variety of bell peppers at the farmers market and was inspired to char them on the grill and toss them in. Since the grill was on, I threw some cherry tomatoes in a skillet and cooked them down over the flames with rosemary and lots of garlic. A little vinegar, some briny olives, and fresh garlic chives add even more flavor. Toss all of this over chunks of crispy grilled bread and you’ve got the perfect base for the creamy burrata cheese.

Serve this pepper panzanella as an appetizer, as a side dish, or I’d even go as far as saying this would make a PERFECT dinner on a warm summer night.

Any way you do it, definitely make this one before the summer ends! 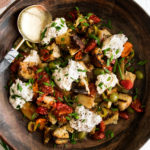 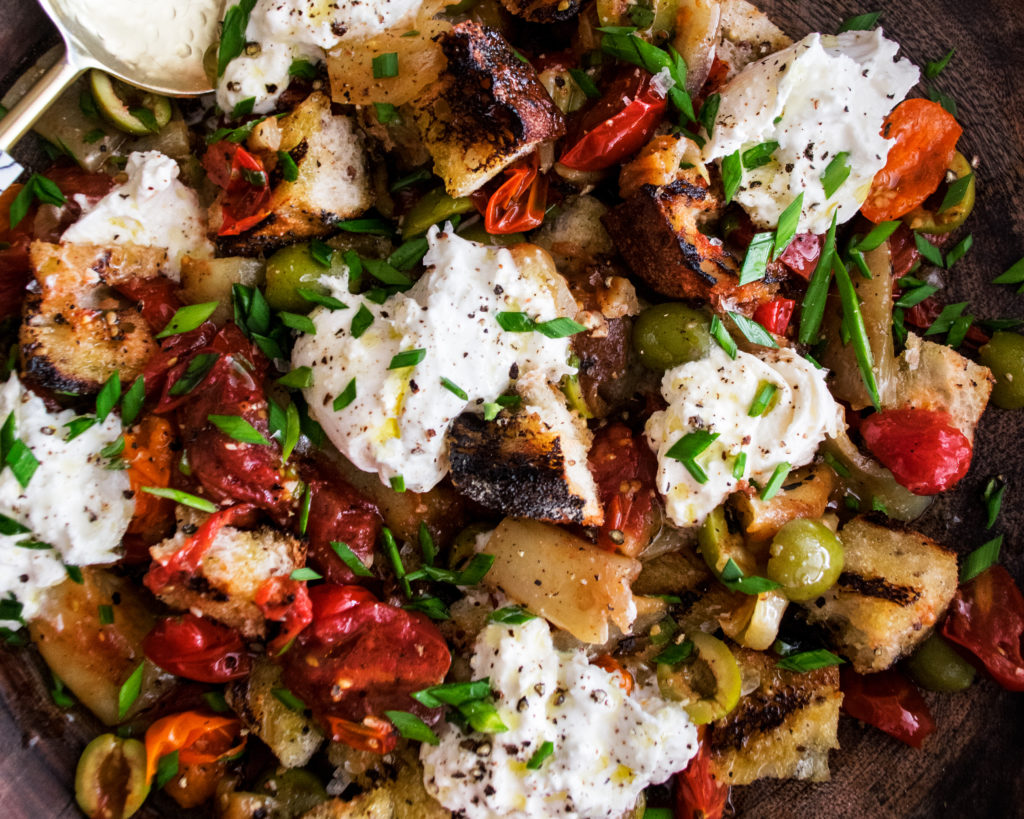